For this project, I decided to stray out of my comfort zone and try out some digitally-formed compositions.

1. A headphone in the perspective of a shoe, is  a perfect shoelace 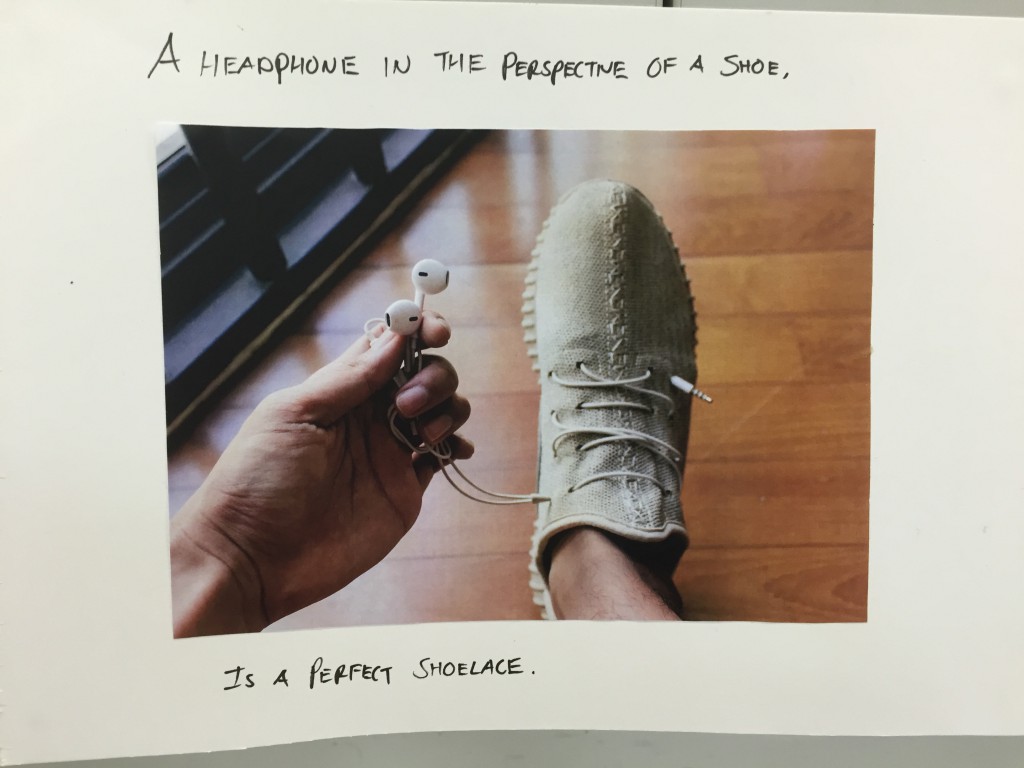 Don’t you hate it when your earphones tangle up in your bag? I’ve always felt that earphones would make the perfect shoelaces due to the fact that they’re very hard to untangle, and so I decided to depict this literally. I had a tough time lacing the earphones through the small holes of the shoe, but the end result was worth it.

2. Headphones in the perspective of a musician, are his eyes to the world 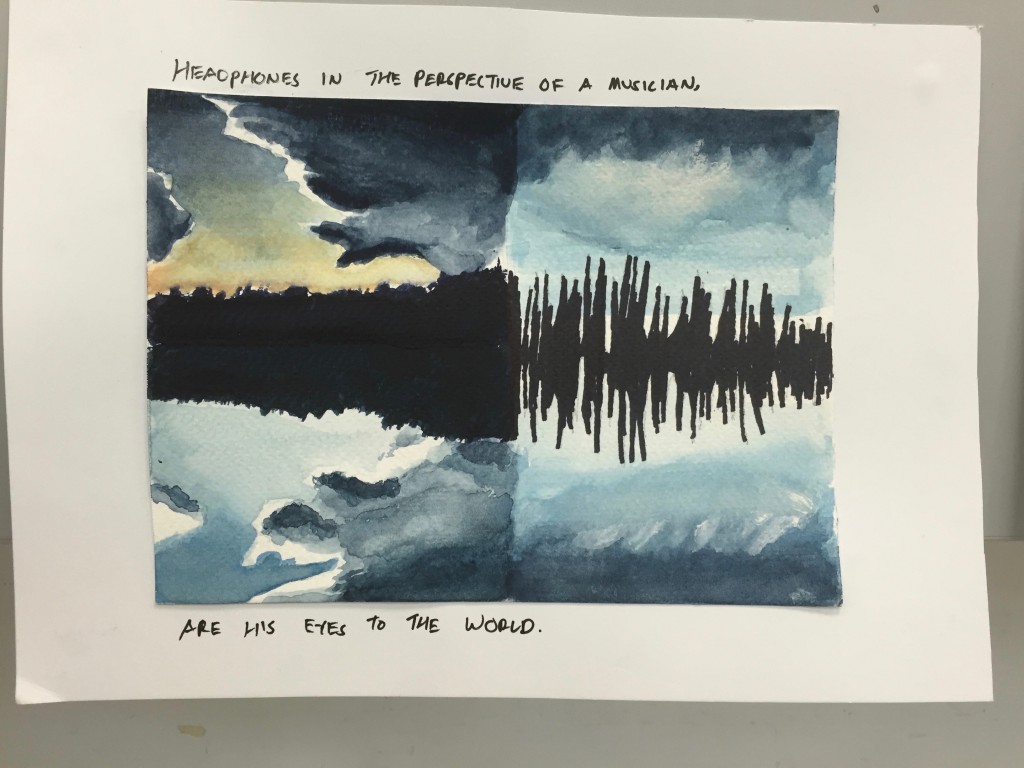 I decided to put my newly learnt watercolour-painting skills to use my applying them to this composition. I got the idea for this piece when I was looking at sunset photos on Instagram; I thought that some of the silhouettes of trees kind of resembled sound waves, and I wanted to show that comparison.

3. A headphone in the perspective of an introvert, is an invisibility cloak 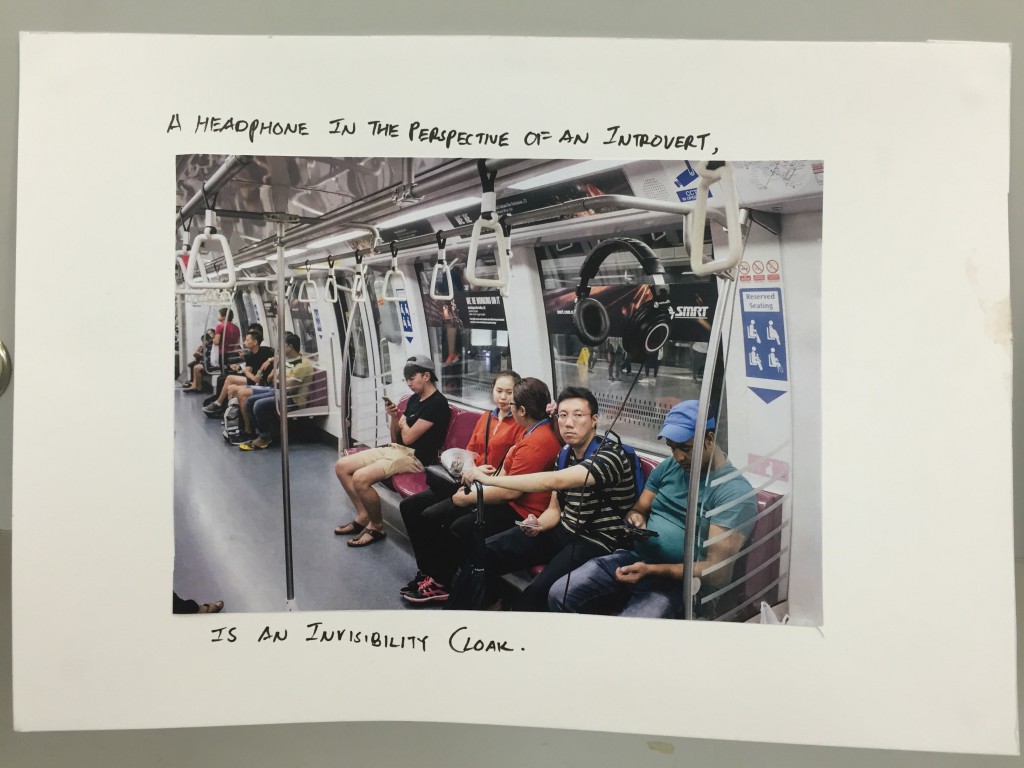 When an introvert puts on their headphones to listen to music, he/she shuts off the world and effectively becomes invisible. This is the one that I am most proud of, because I had to use Photoshop to manipulate 2 images together to form the illusion of a floating pair of headphones.

I took photos of the headphones inside the train, and cut them using the pen tool. 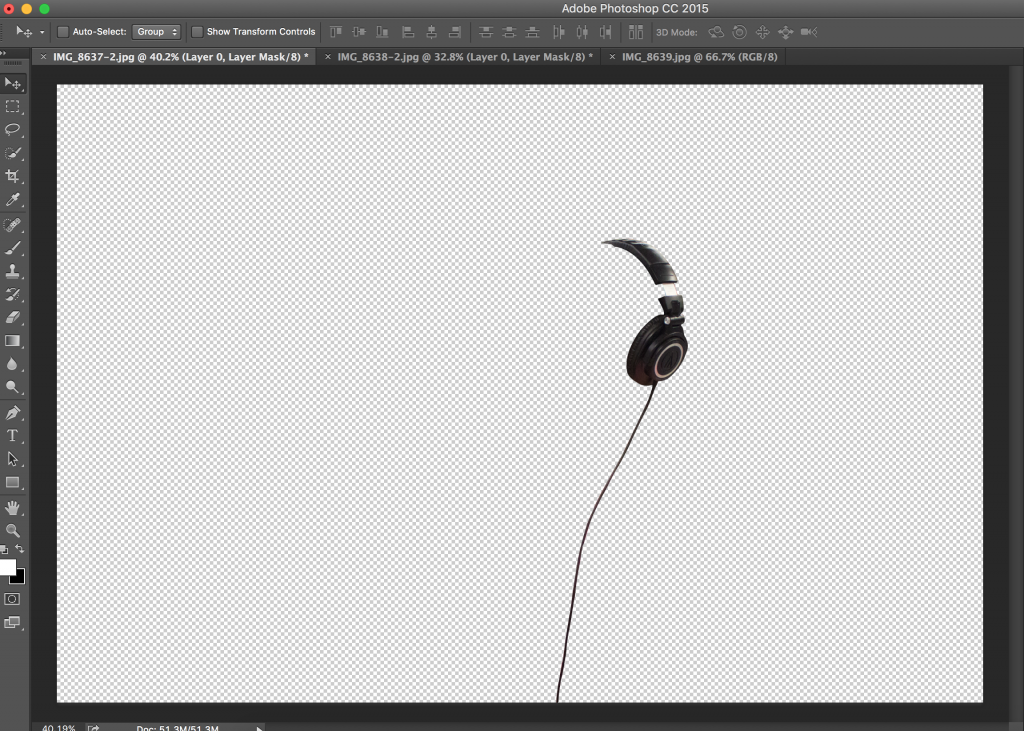 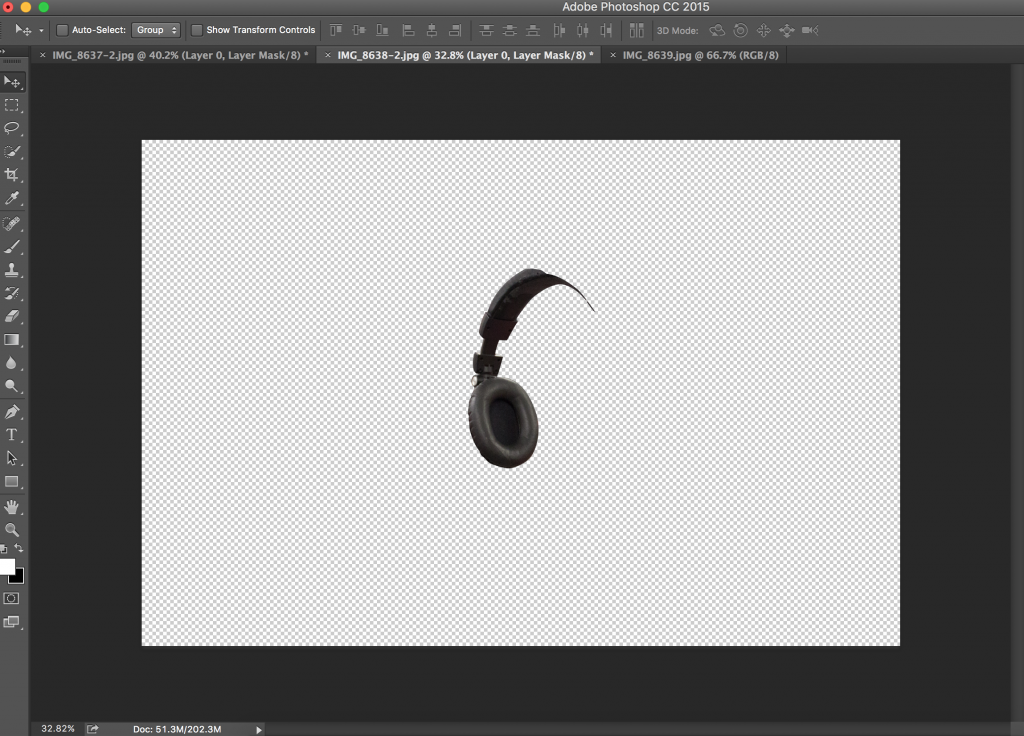 It is the combination of these 2 “headphones” that formed the believable image, and because I took the photos of the headphones in the train, the lighting matches that of the train. I literally jumped for joy when I was done with this.

4. A headphone in the perspective of a kid, is a mutant weapon 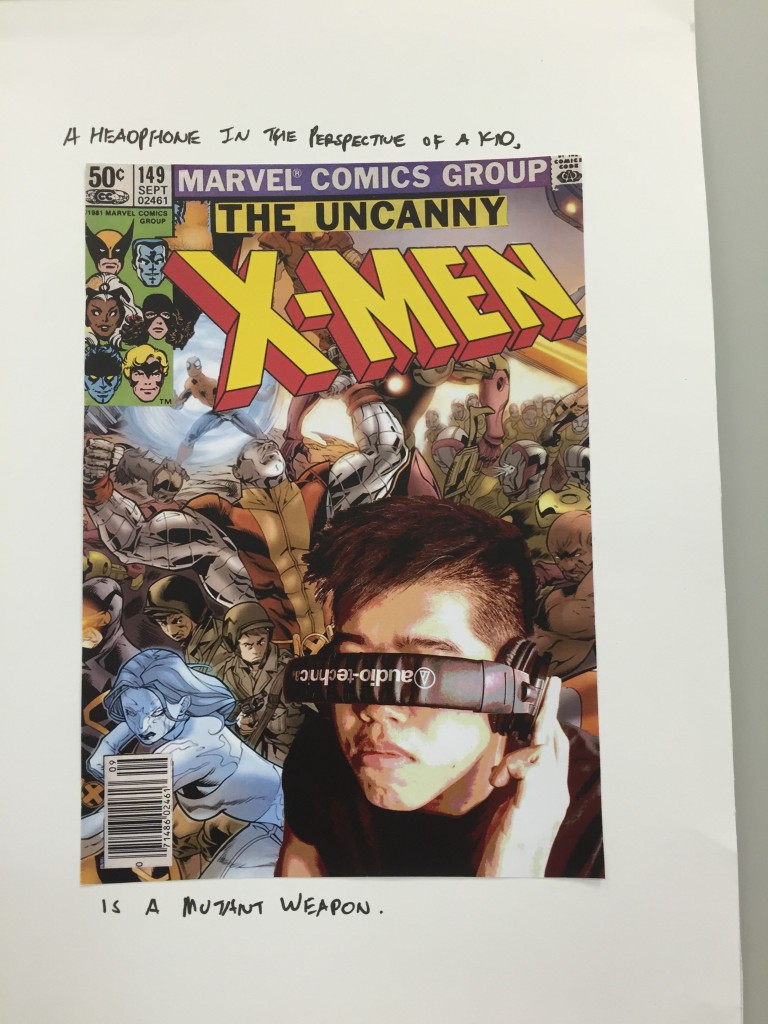 As a kid, I found that if I wore my headphones in a certain way, I could pretend to be the character “Cyclops” from the X-men comic book series, and I decided to depict this as a comic book cover featuring myself. I used the “posterise” effect to make the image of myself blend together better with the cartoon background.

5. Headphones in the perspective of a DJ, are his tools 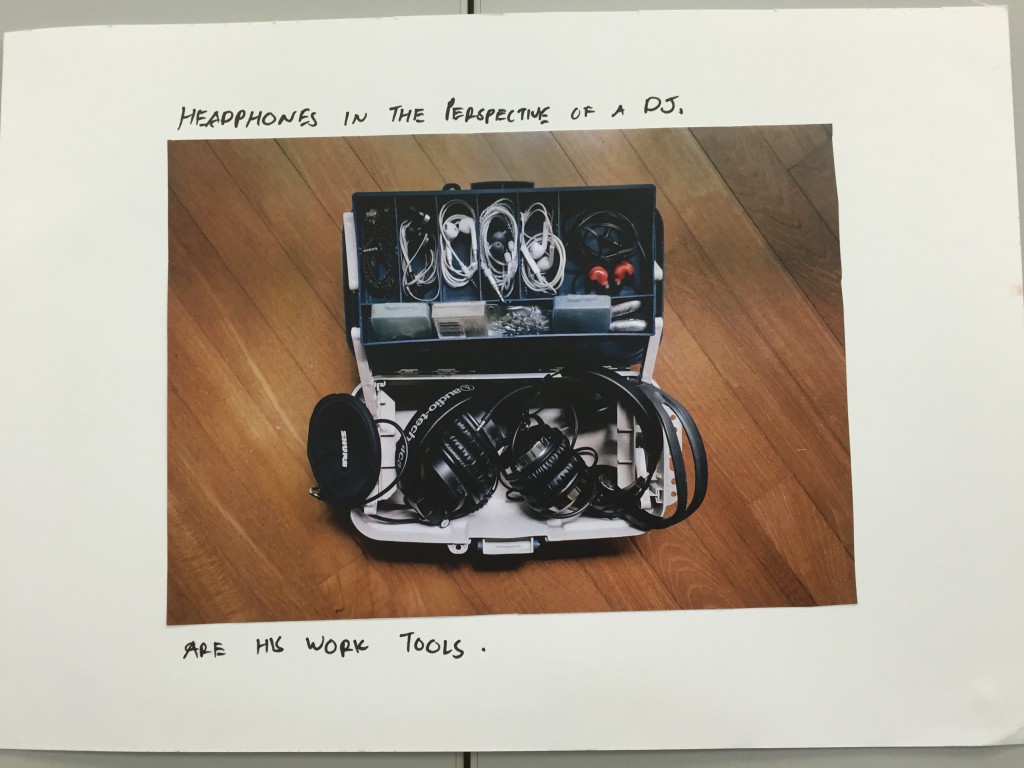 A DJ would not be able to do his work without headphones, and he would most definitely have a few more pairs as backups. I placed the headphones in a toolbox that would normally be filled with hammers, screws etc. I thought that the juxtaposition of the 2 elements would be cool.

6. A headphone in the perspective of a balloon, is pop music 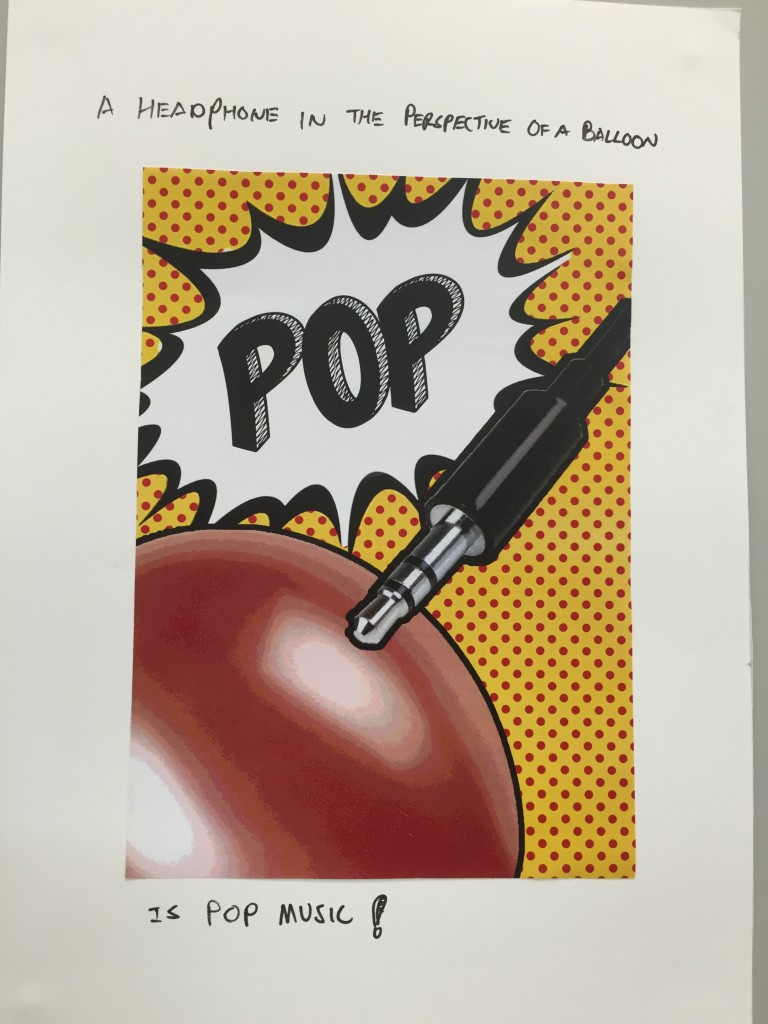 Puns! Everyone loves puns! I used photoshop for this too!