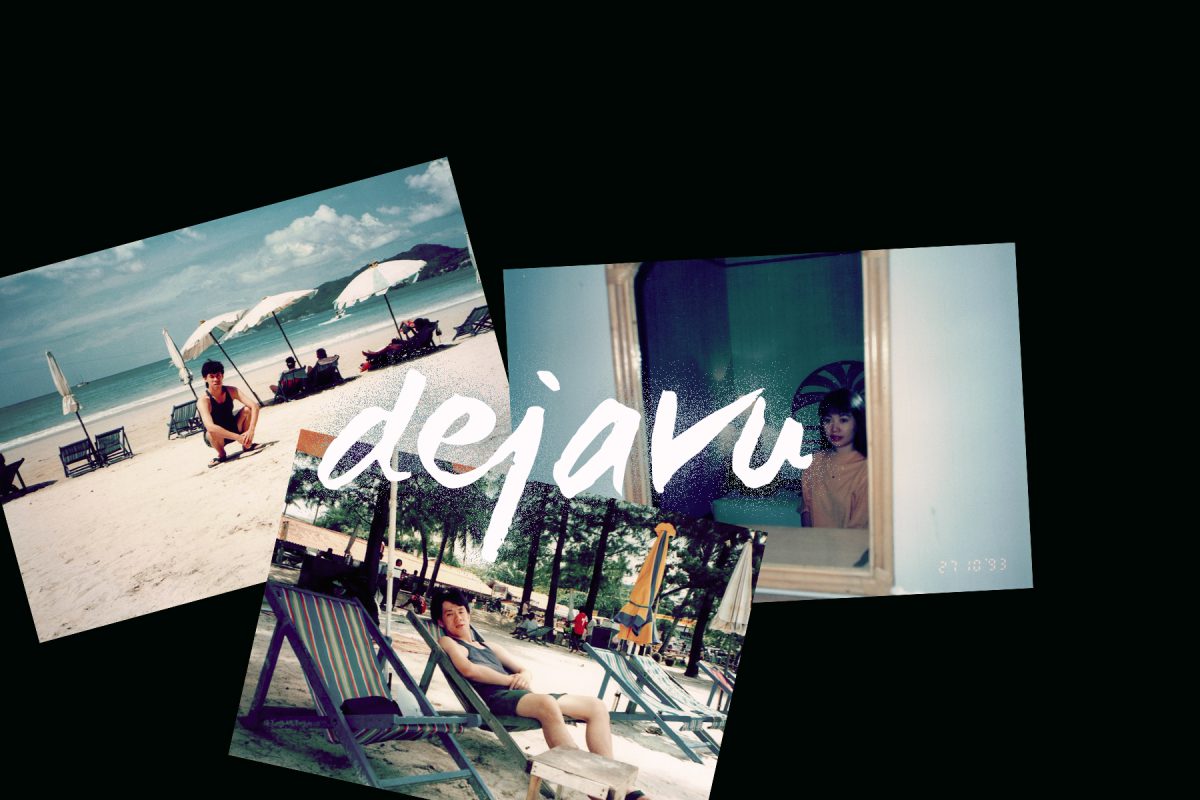 In this assignment, we are tasked to recreate an old photograph which is at least 10 years old! After rummaging through boxes of photo albums, I have picked up a few that I thought interesting and doable (hopefully) with the resources I have.

The first photograph selected above seems relatively manageable, except the fact that we don’t really get beautiful white clouds against blue sky in Singapore. Also, I figure this photo was taken at some beach resort where the folding chaise lounge were placed right in the middle of the beach. While here in Singapore, the lounge chairs are placed close to each other (as shown below). I used point-and-shoot film camera with a 31mm lens to achieve the wider angle. Another thing that I forgot to take into consideration is the shadow, which explains the rather “off” long shadows on the beach.. when I should have taken it during the mid-day. 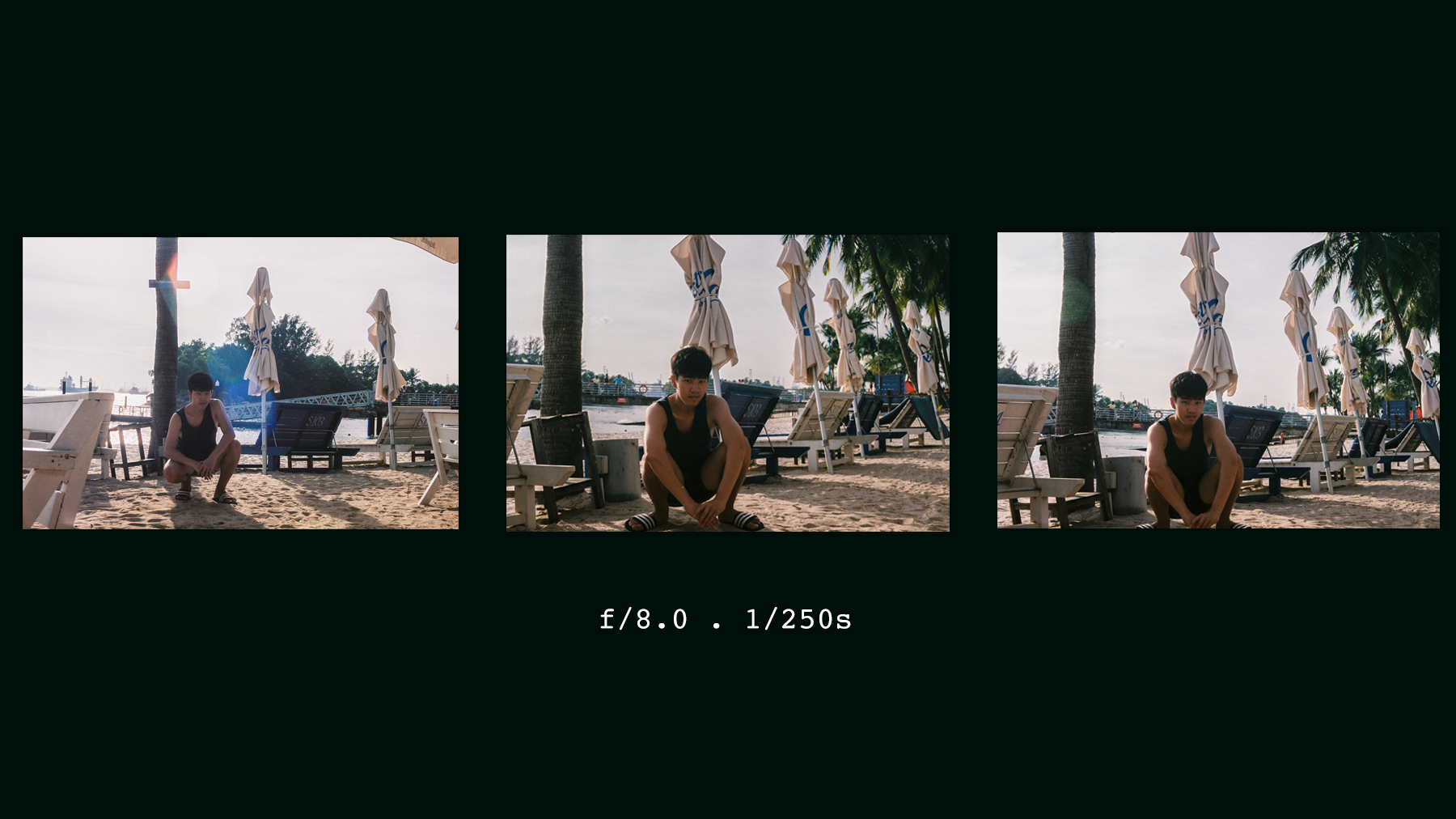 Sequel to the first photograph, I used the same point-and-shoot camera for the photo below. I realised that the photos which I have scanned actually look A LOT older than the “Old Photographs” I am recreating from! Or maybe it’s just me and the histogram clipping?

This is my favourite photograph among all! And it turned out to be the most challenging one. I love how the photo has a mysterious touch to it. At first glance, it doesn’t seem like there was a flash being used, but possibly a wall lamp which shines downward, however the light on the subject’s hair kind of clued me in on there might be a flash and the photographer was standing quite a distance away. It is interesting to see how the reflection in the mirror is dark, not affected by the flash at all. The photo below is taken using SLR 35mm f/5.6, 1/60s with external flash. Due to the different setting especially the small mirror used, I couldn’t place the camera further away from the subject, resulting in the extreme brightness as below. 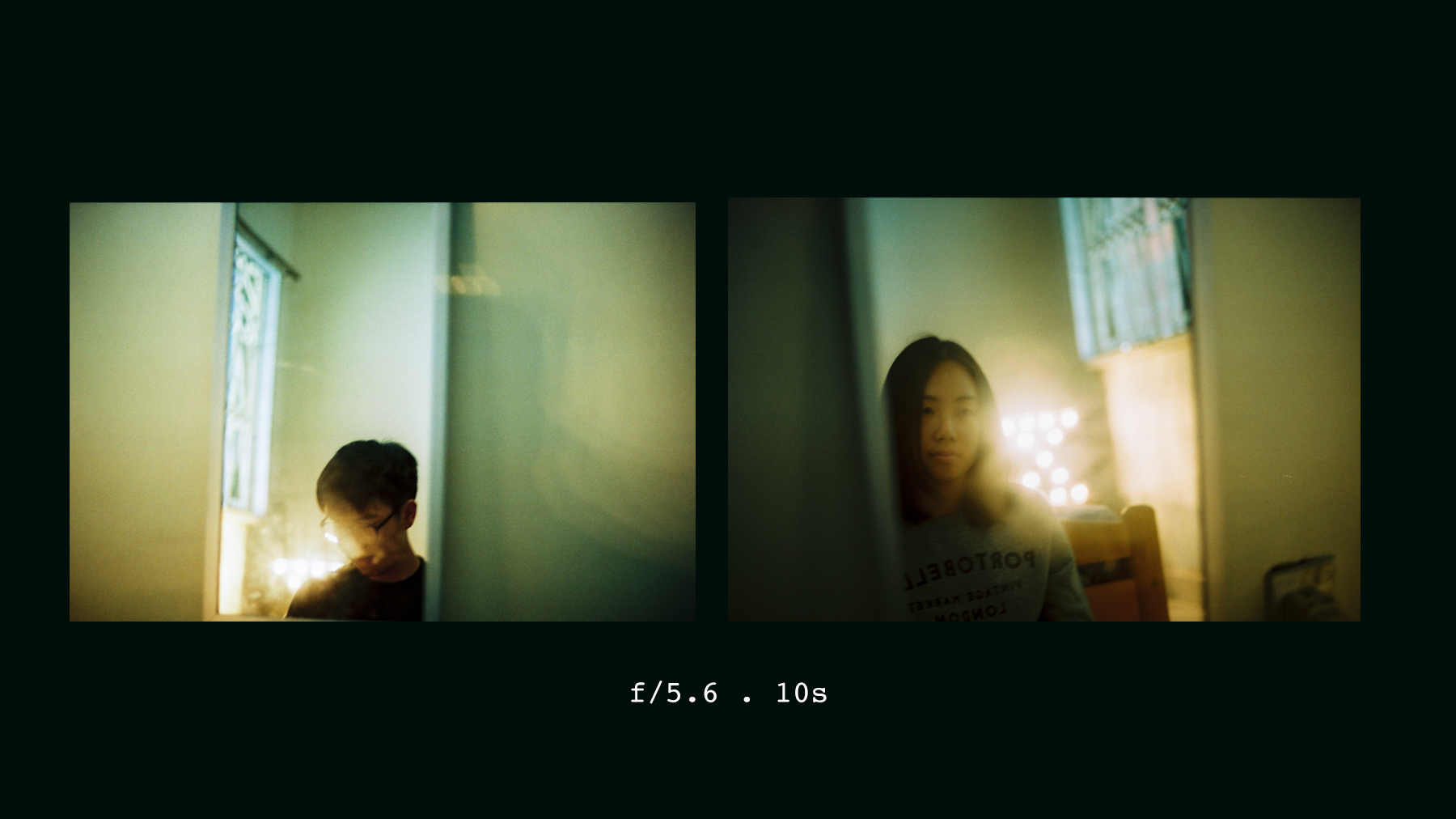