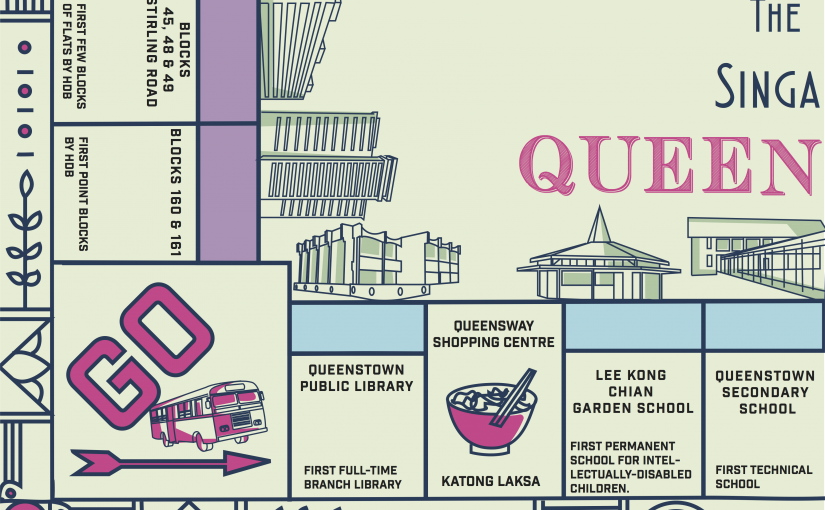 After much deliberation and site visiting, I had a few ideas in mind for my infographic which was either a heritage trail of Queenstown, iconic places in Queenstown or a guide for expatriates moving into the area. However, after visiting, I found that there was already an existing heritage trail of Queenstown and they even conduct weekly tours for the public. Hence, I thought that it wouldn’t be as interesting to make an infographic for something that already exists. Moving on, I also found it hard to make a guide for expatriates because of the fact that there wasn’t much entertainment in the area and many of the places that would typically be applicable to them such as shopping malls, food places etc. were pretty obvious and they wouldn’t require much of a guide for that. Hence, I went back to what makes Queenstown different from other estates? Queenstown is known for being the oldest estate in Singapore which makes it extremely rich in heritage. After much research, I found an interesting recurring theme amongst all of the heritage sites in Queenstown. Being one of the pioneer estates for many of Singapore’s early developments, Queenstown was the first for many things in Singapore for instance, the first estate for HDB blocks, first polyclinic to provide subsidized healthcare, the first neighbourhood public library and so on. I thought that this was an interesting angle to work on without making the heritage seem dull and overused but emphasizing on interesting “facts of firsts”.

During consultation, I showed some of my infographic style references to my classmates and one of them suggested why not I make it into a card game or board game format like monopoly! I also referenced these minimalistic icon styles for a visual representation of the places mentioned.

As for the colour palette of my design, I took elements from the bright and pastel colours found at the Queenstown stadium and the “butterfly” HDB block. 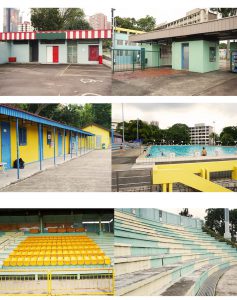 Finally here is my final infographic!

I incorporated some food stop suggestions such as the famous katong laksa at Queensway shopping mall and braised duck at Mei Ling food street as well. 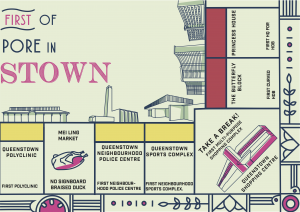 Pretty satisfied with my design and was happy with the overall positive feedbacks from everyone 🙂 However, Joy suggested that I could incorporate more visual elements related to that time period into the border instead of the current one which was a little unnecessary. Moving on from this, I hope to explore more of this style in my zine and maybe make it interactive(?) That’s it for now and thanks for reading! 😀