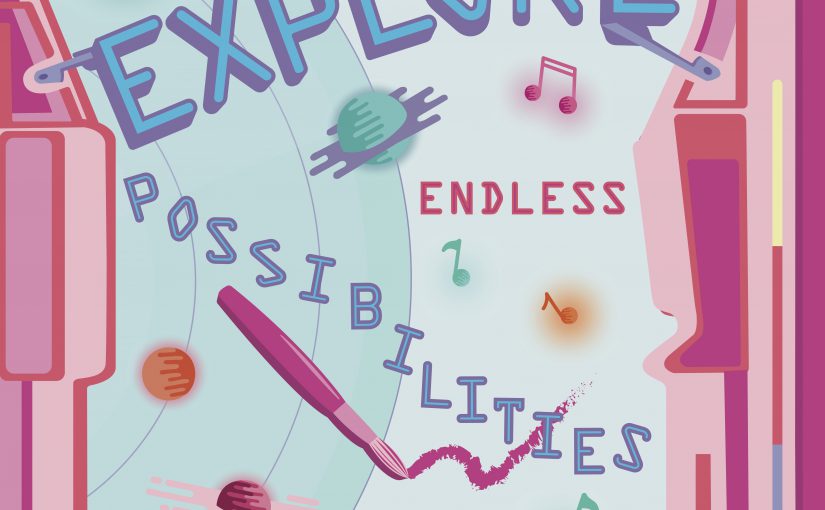 The final design that I decided to continue working on was the idea of a pinball machine. My final slogan was ” Explore endless possibilities”. I thought the theme and concept of a galaxy pinball machine really fits the idea of emoting fun, adventure, exploration etc.

My initial draft was to include the entire pinball machine in the poster. However, feedback gathered was that I did not need to show the entire machine for people to know it was a pinball machine. I should focus instead more on the actual pinball table itself. 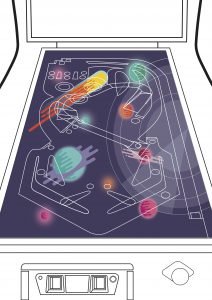 For my second draft, I struggled a lot with the colour palette as well as placement of objects in the centre. Hence, everything just ended up rather scattered, unfocused and messy. 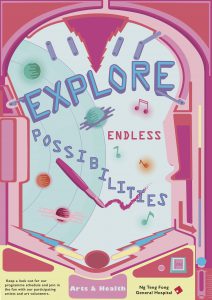