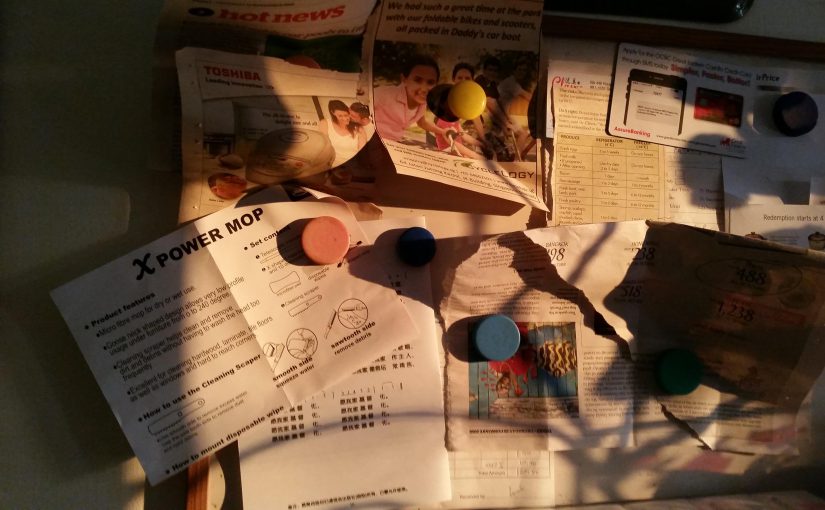 “Oh dear… Do I have enough content?” Is a number 1 worry of mine working on this project for about 2 weeks and running. Being a subject of 24 hours is bad enough, being a subject of roughly 4 hours a day is worse.

Certain takeaways that I have learnt from taking photos,

1) Do not ever ever ever think to yourself that “it’s alright, it will probably look the same tomorrow anyways”. It wouldn’t, and a perfectly good shot would be gone forever.

2) Shucks that aunty is looking at me weird, maybe I shouldn’t take this shot. (Refer to point 2)

Points 1 and 2 made me think about the butterfly effect or chaos theory:

As American mathematician and a pioneer of chaos theory, Edward Norton Lorenz’s explains,

What this means is that a single small element of the past could lead to a larger chain of events and changes that is beyond our predictions.

Sure, that day could be sunny, but I could leave the campus later that day, or my phone could have not enough battery to last for the day etc etc…

Several factors have to come into play including the limits that I have imposed upon myself while taking the photos.

a) It must be a sunny day. (it made me hate rainy/ cloudy days)

b) My phone, of which I take the photos from, have to have enough battery/ memory space to take photos

c) No one must be in the photo ( personal preference)

This inspired me to also document these factors, how many elements does it take to be able to document a beautiful mundane scene? How much of it is fate, how much control I could I have over this scenario?

These photos in some way or another feels to be the collaboration between fate, time and me. After all, I’m just a tiny person trying to capture little scenes of time against the larger factors of the universe that I can never control. 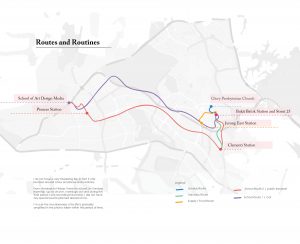 I’ve also created a routine map of the places I often or only visit in a week. (Click the photo for a bigger view.)

It looks really empty for now. Perhaps I should add a few more data such as time spend travelling in those routes, when I’d usually go these places etc etc.