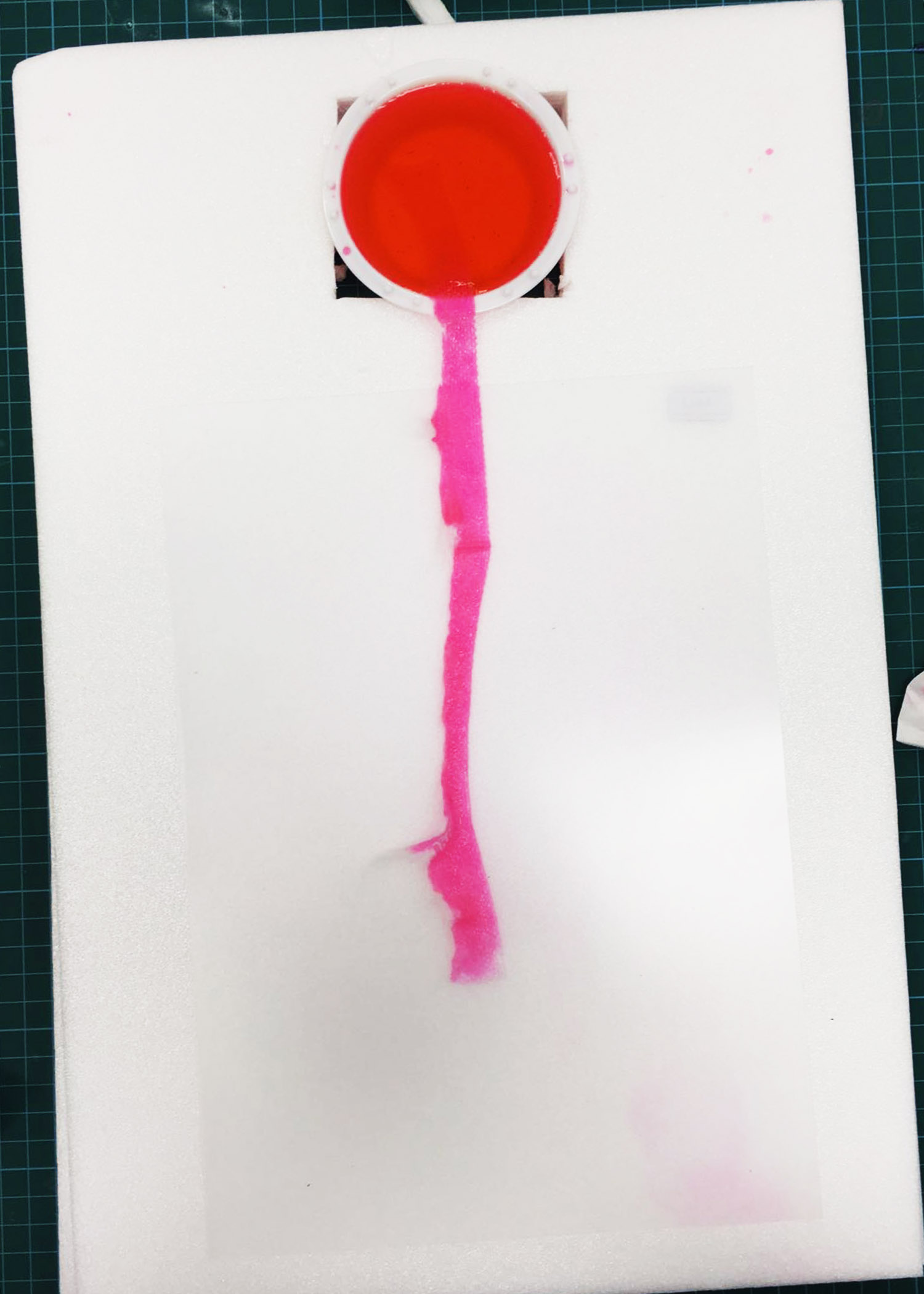 Our first experiment was largely inspired by the Chromatography experiment that we would all do during our secondary school days. Ink chromatography relies on water capillary action in order to separate various elements in a compound for identification. Your mysterious compound sample (in our case, food dye) is placed near the bottom of a vertical strip of paper and placed onto a small puddle of water barely covering the base of the paper. The cool thing is that water through capillary action would go against gravity and travel up the vertical piece of paper, bringing the dye pigments up together with it. 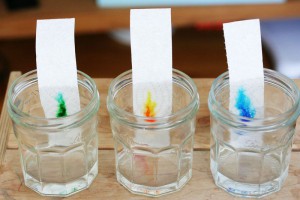 Capillary action happens due to the cohesive and adhesive nature of water molecules. Water is able to travel upwards when the adhesion of the water molecules to the walls of a vessel ( the paper fibres) is stronger than the cohesive forces between themselves. But of course, there is a limit to this when the water is too high up to be able to counter against the forces of gravity.

The question now is, will the rate of water traveling up the paper be that consistent enough to be an accurate time keeping device. True enough, during our research we came upon an wonderful art piece by Oscar Diaz which uses the same scientific principles to create a calendar. Hence we were largely convinced that the time keeping device should be accurate at keeping time to a certain degree.

In our experimentation, we used various types of paper and see how well the medium could facilitate the movement of water. In the time-lapse video below, we’ve used a 25 cm strip of magic-clean paper towel with a concoction of food dye and water.

It took roughly 10 mins for the dye to travel from one end to another, well… only for that one strip. The others that we’ve tried took longer or shorter than 10 minutes largely due to the fact that the dye would not travel all the way to the end of the strip despite the fact that the strip itself is completely soaked with clear water.

We tried another experiment using a longer strip of paper cut into a zig-zag pattern and have the dye poured onto the strip instead.

While you can see the capillary action going on with that experiment, the rate of which the water was travelling was way too fast as compared to the previous experiment. Where did we go wrong? We are not too sure.

We compelled a list as to which elements could be a factor to the different rates of which the dyed water could travel up the strips. Maybe it could be the height of the container holding the dye water, or the dye-to-water ratio. Perhaps the length of the strips of paper or the amount of fibres in one strip, or -gasp- a mysterious scientific phenomenon not yet discovered by man?

Well, we don’t really know and we were pretty pressed for time, hence we have to find another time-keeping device. While our experiments sort of failed, this does not take away the fact that the gradual colour-changing effect of the strip is pretty neat though.