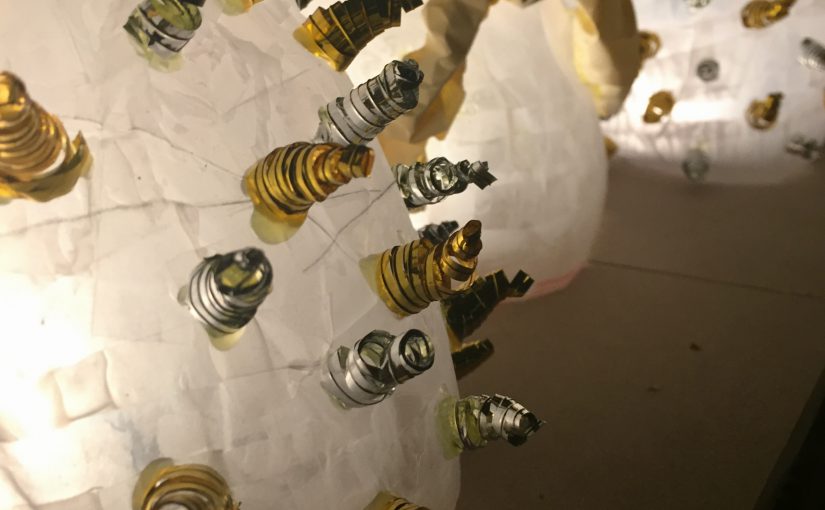 I worked with Audrelia on the final 3D project of this semester!

For a recap, here’s a look at my modular construction: We wanted the sculptures to emit a warm glow and something that you would place in your bedroom. So, we used tracing paper for the base of our sculpture as tracing paper is a translucent material (and it would cover up some of the light such that it would not be too hard on the eyes).

We made each individual piece to have an oculus, so that there will be light emitting from the top. People will then be able to see and read in their bedrooms. 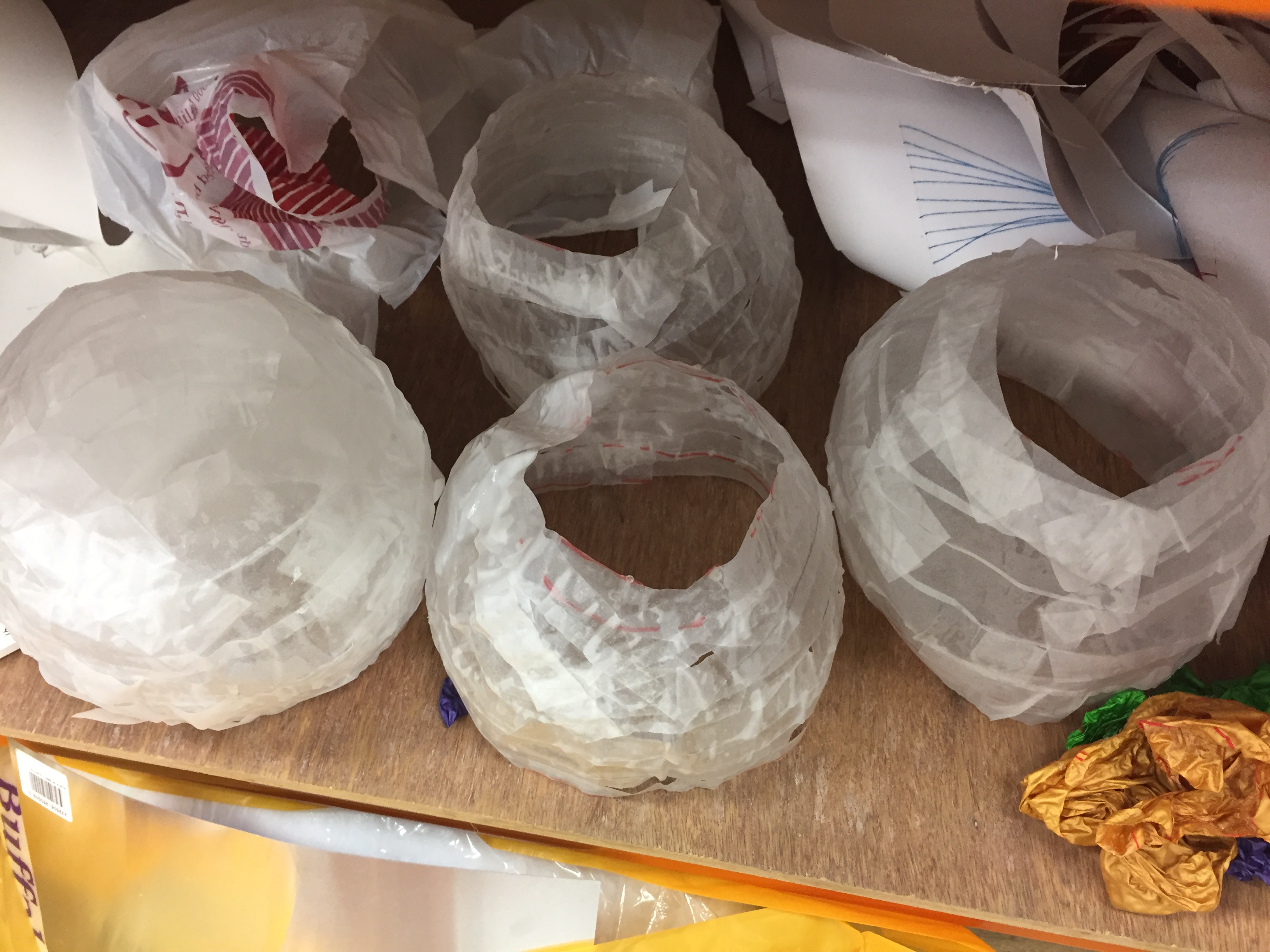 First, we blew up balloons and did paper mache using tracing paper. Afterwards, we popped the balloons and got some very nice material that emitted a nice glow with the lights we wanted to use. 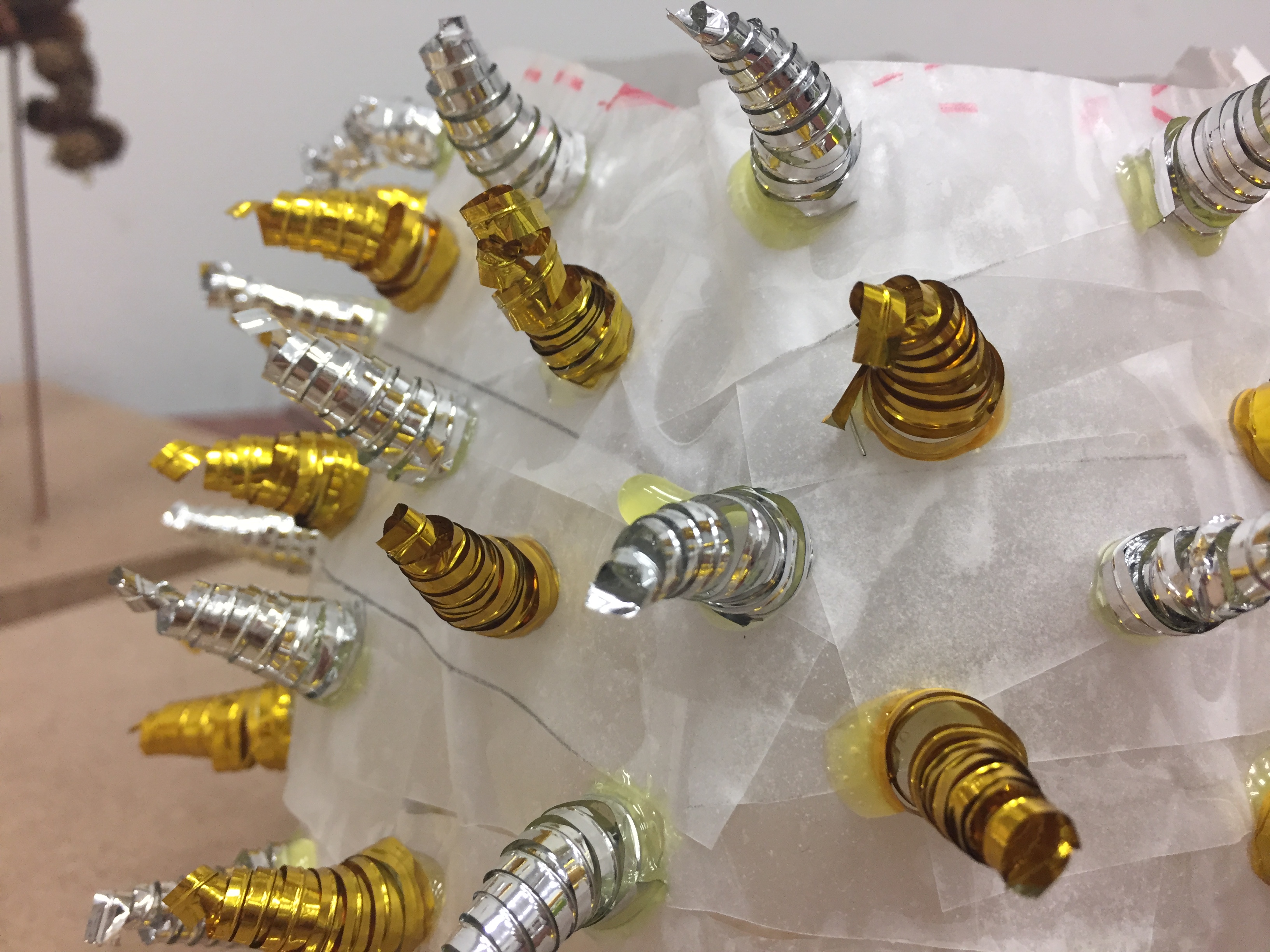 Afterwards, we rolled the wrapper fasteners into cones using the sharp tip of a pencil. I glued them to two of the tracing paper moulds using hot glue guns. 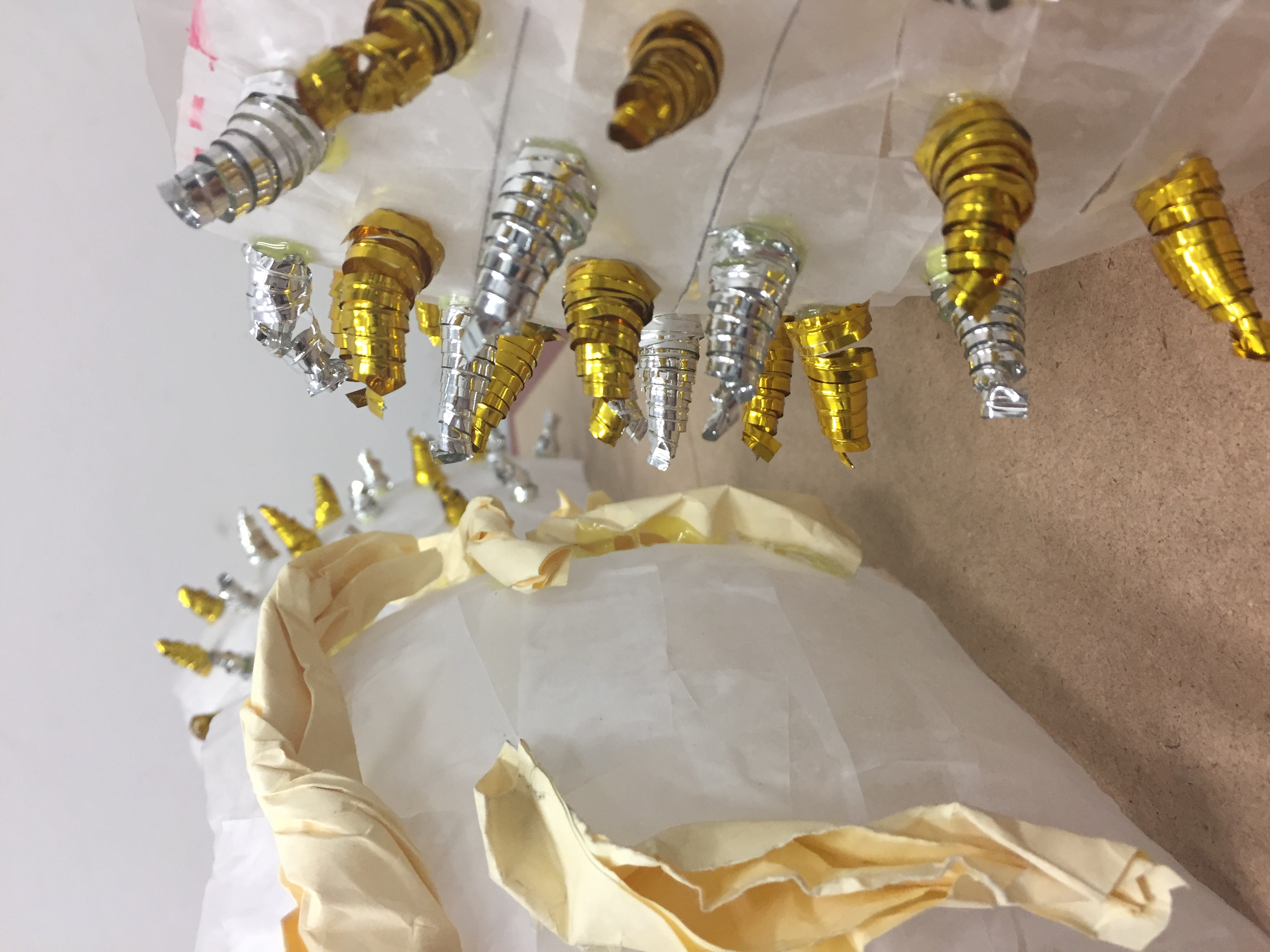 Audrelia crunched up the nice paper and pasted it to the other two moulds using hot glue guns as well. 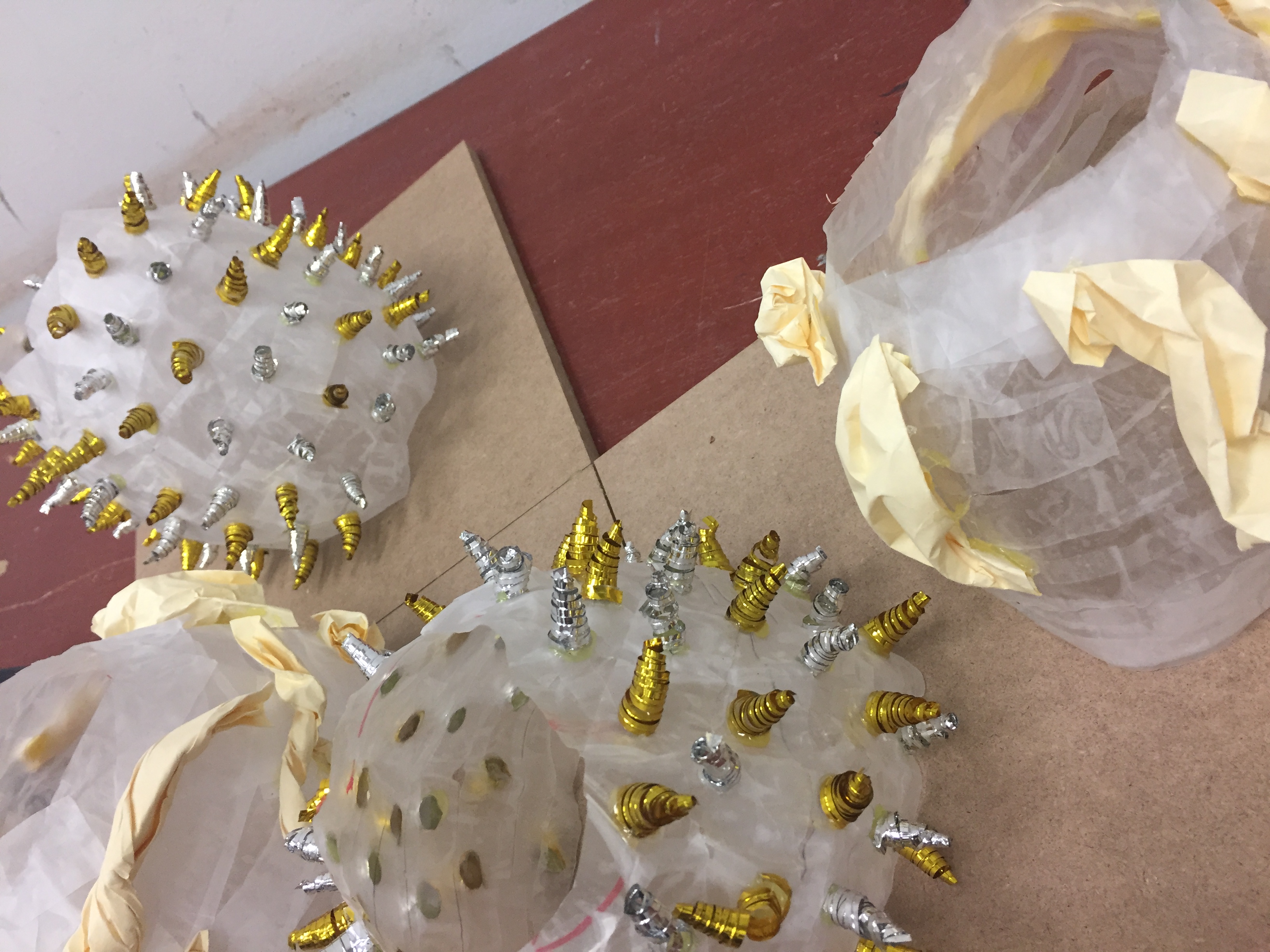 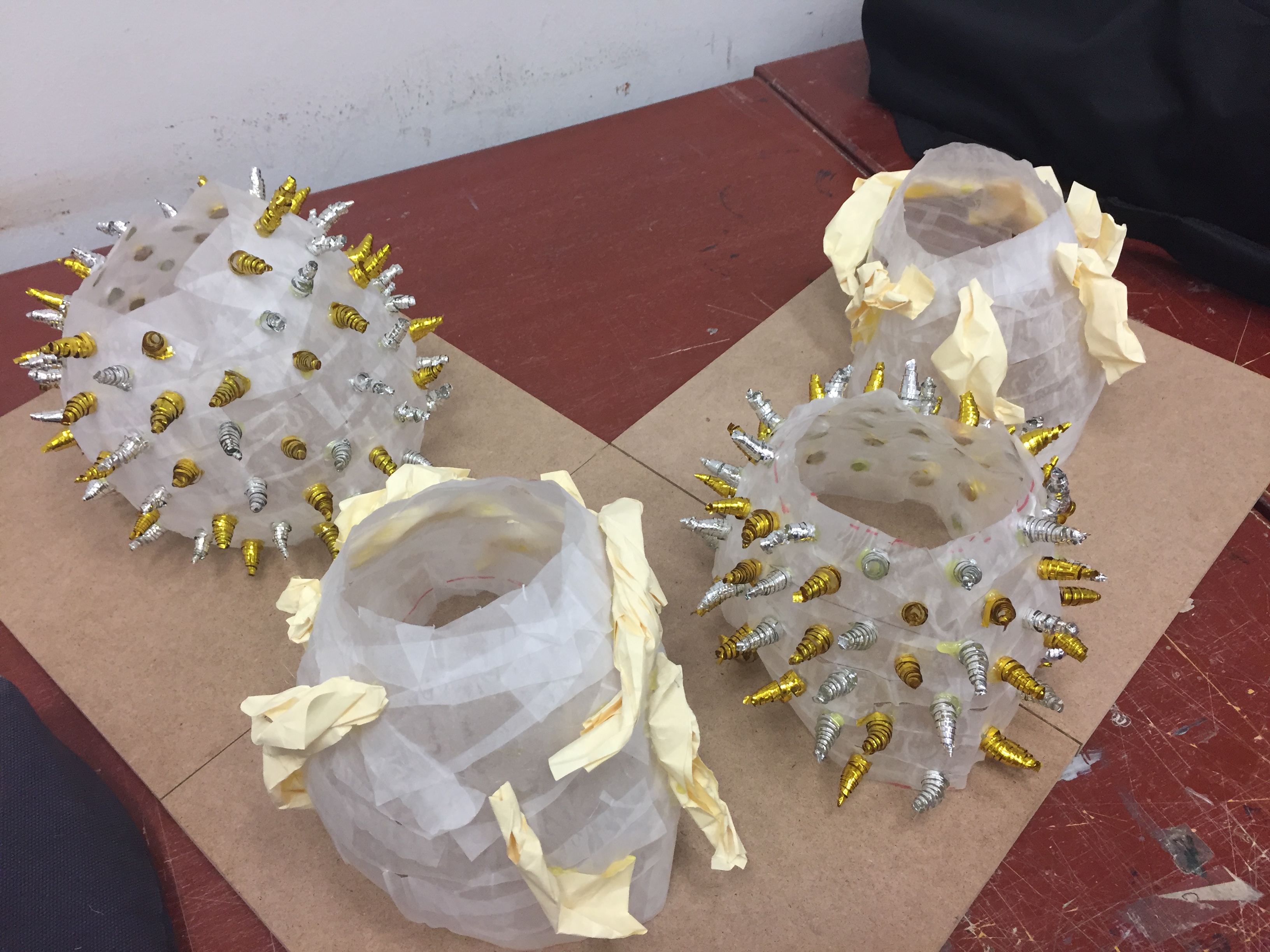 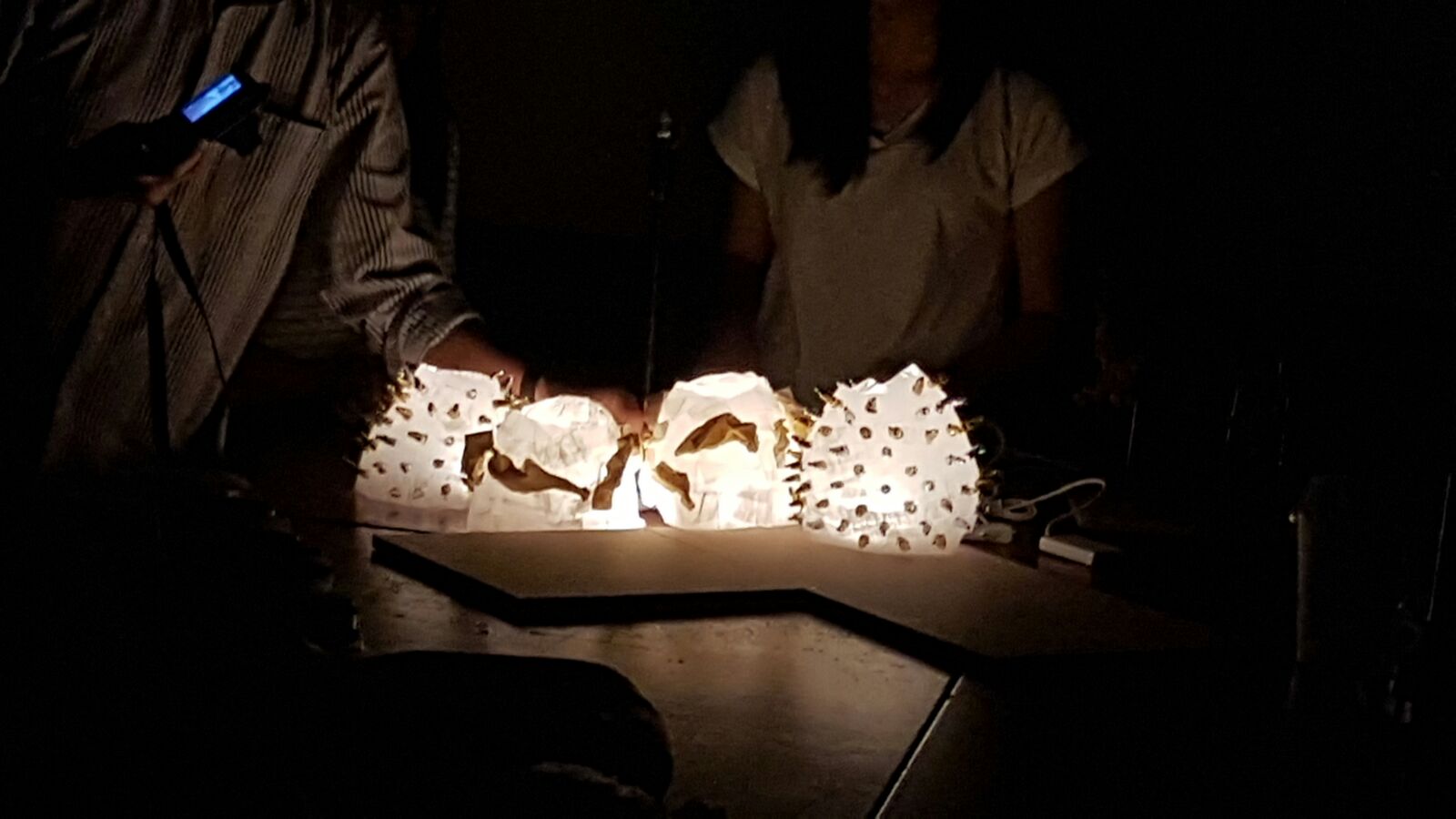 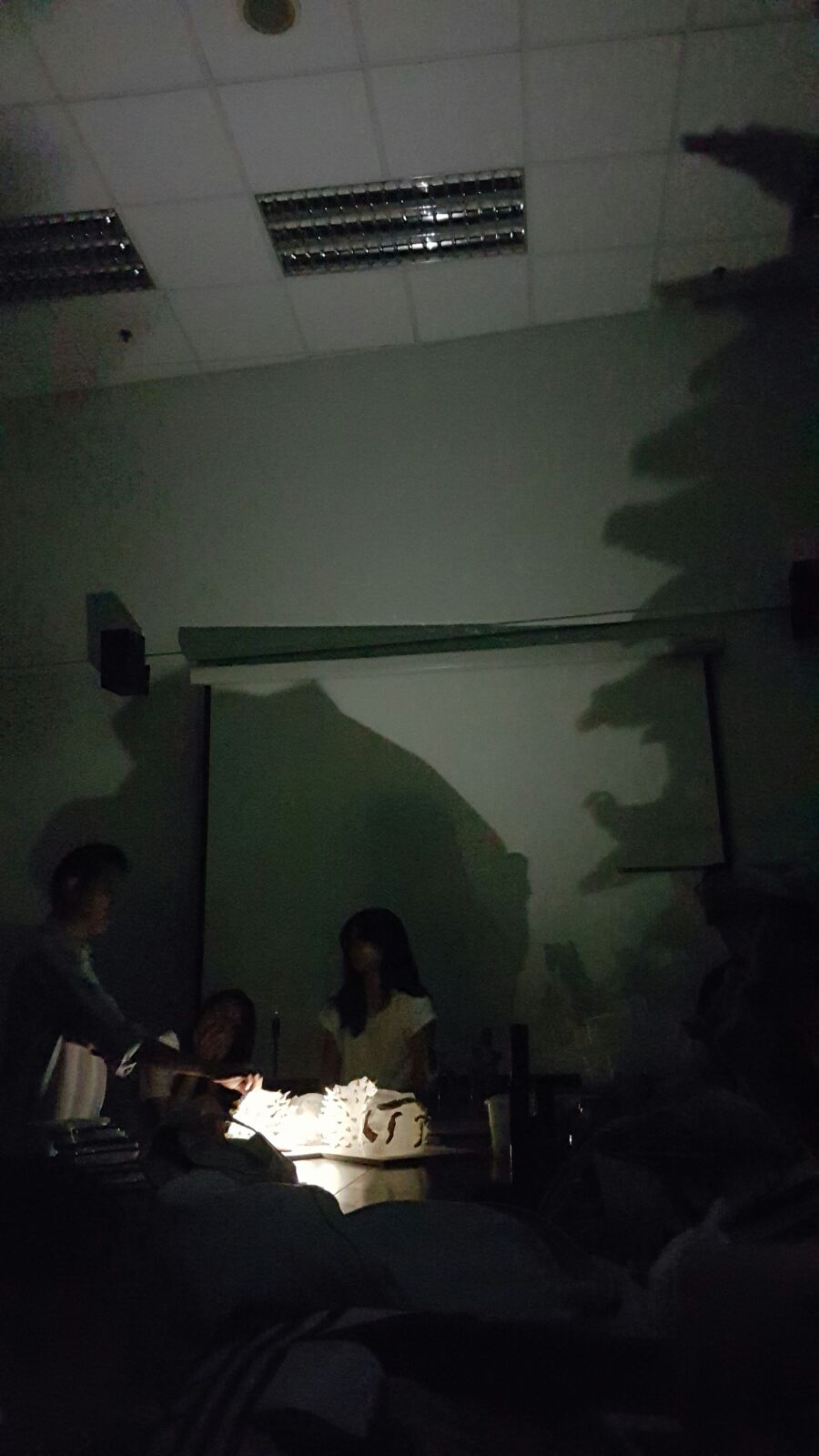 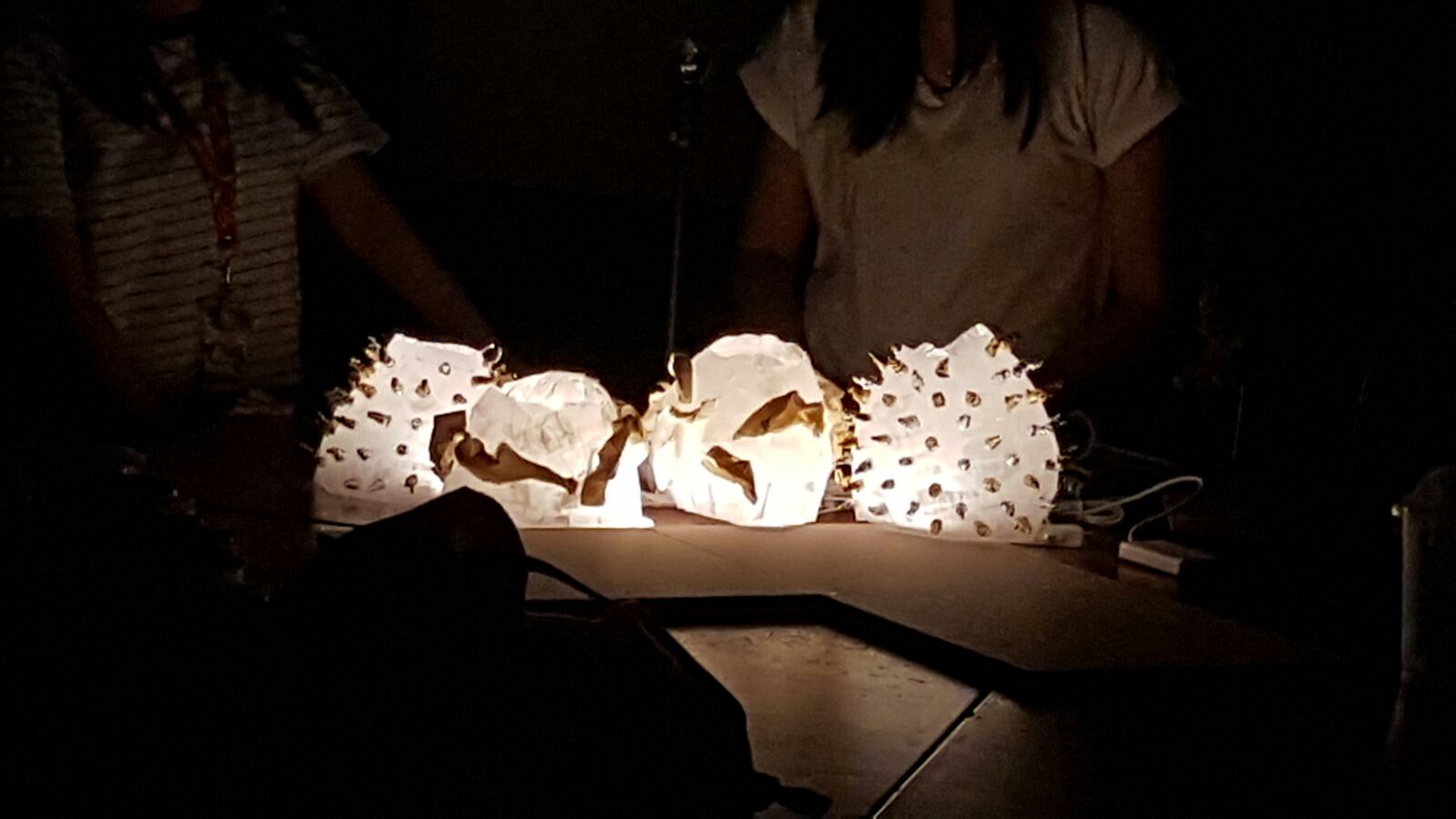 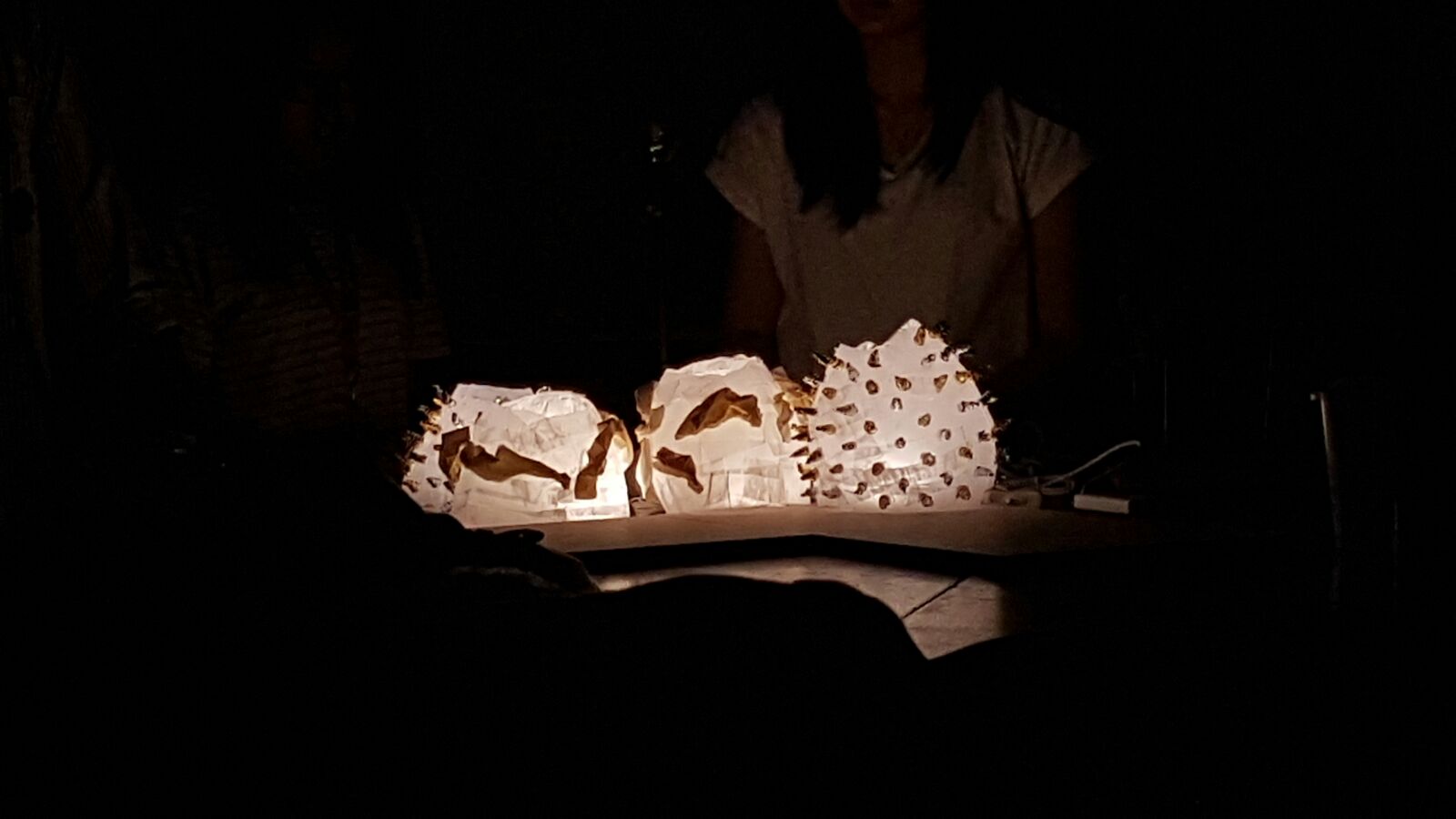 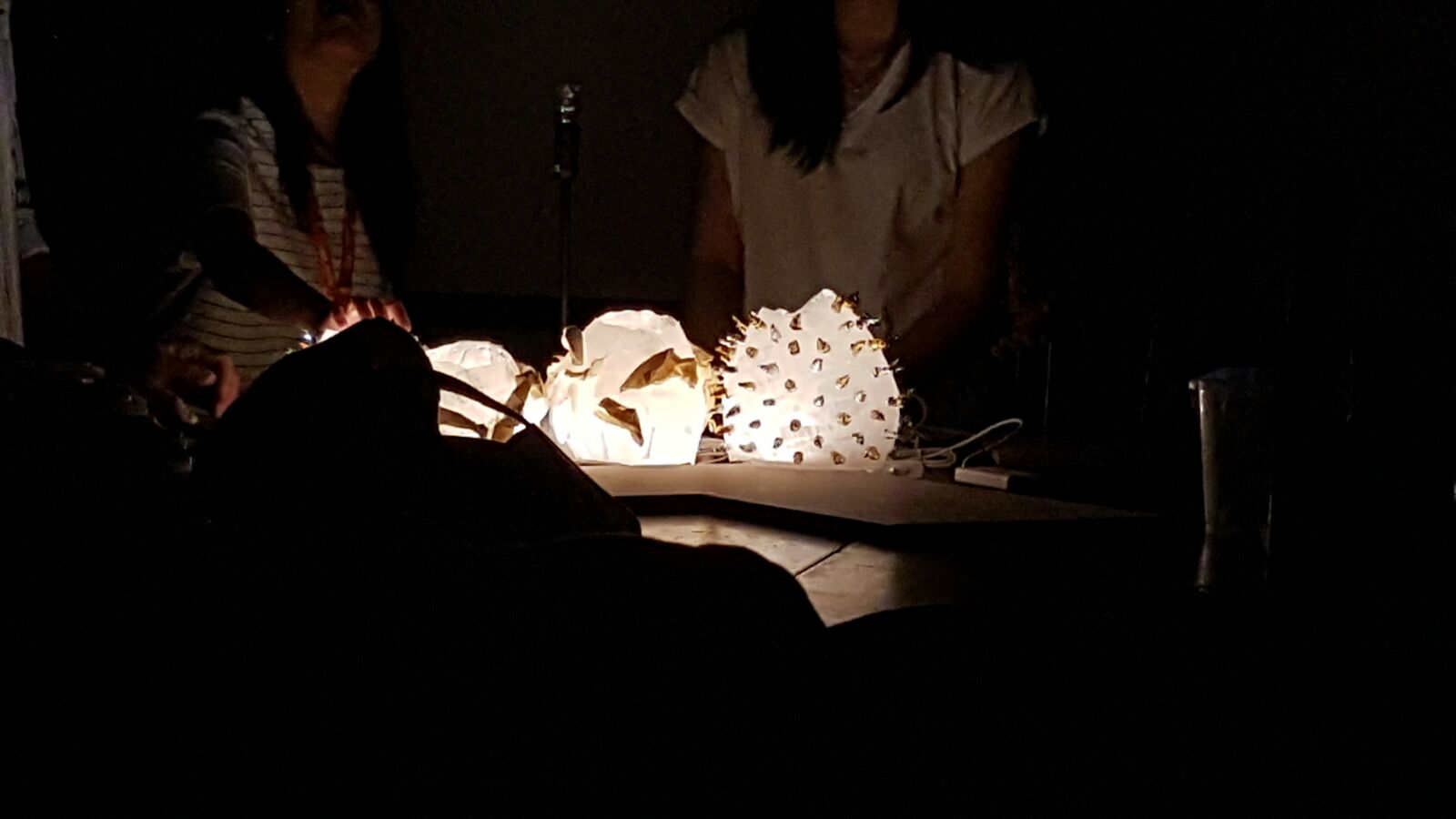 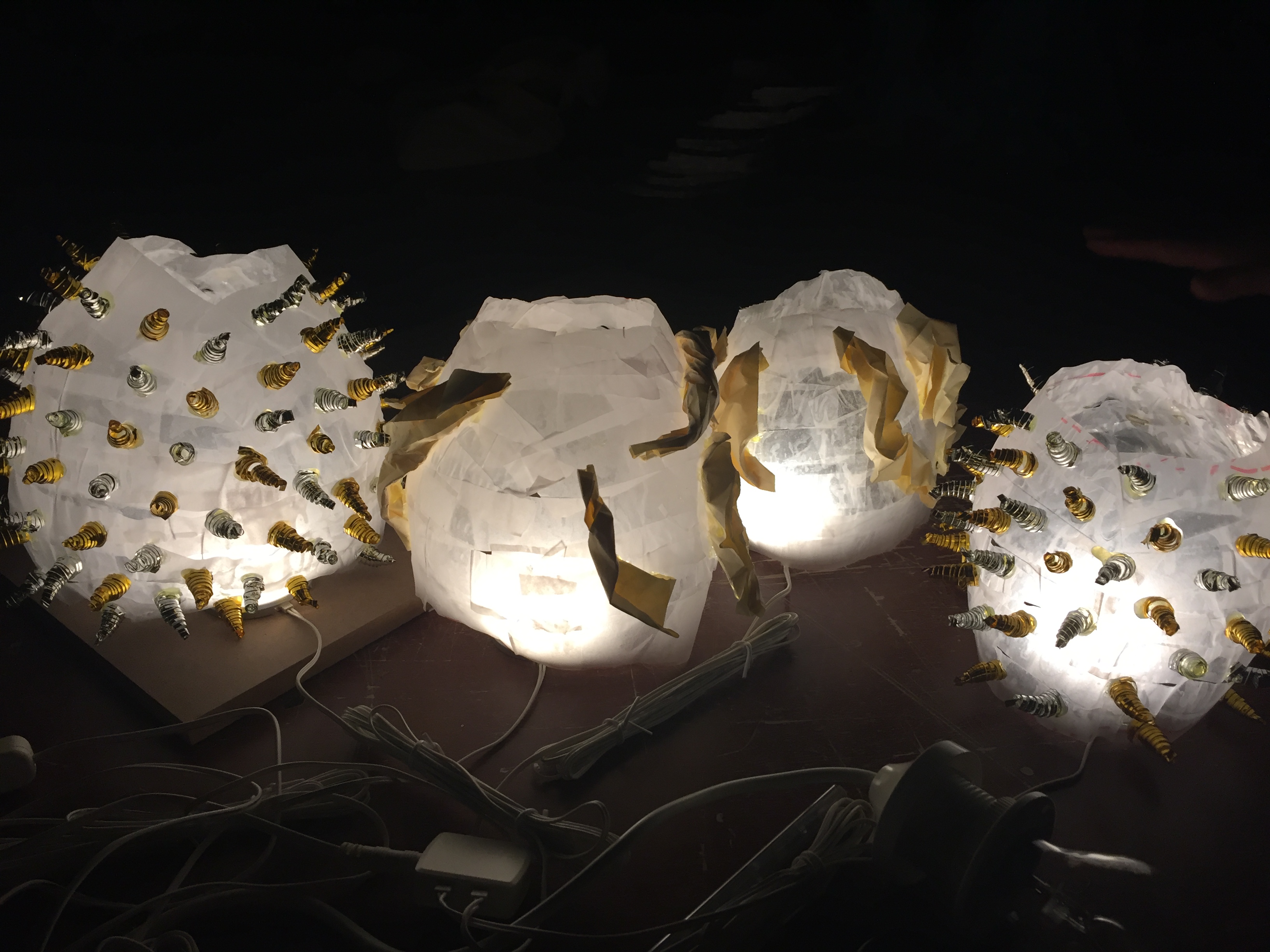 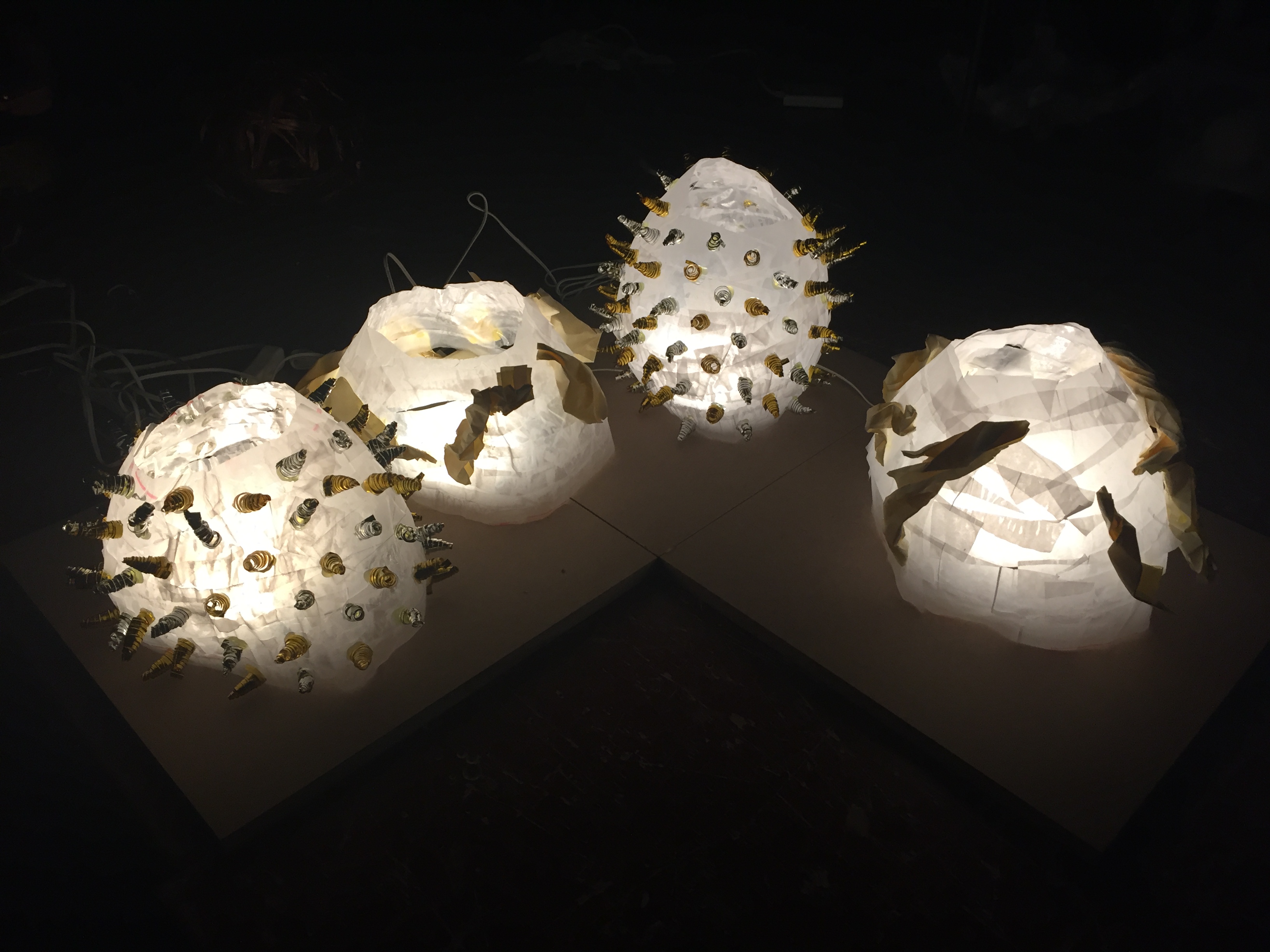 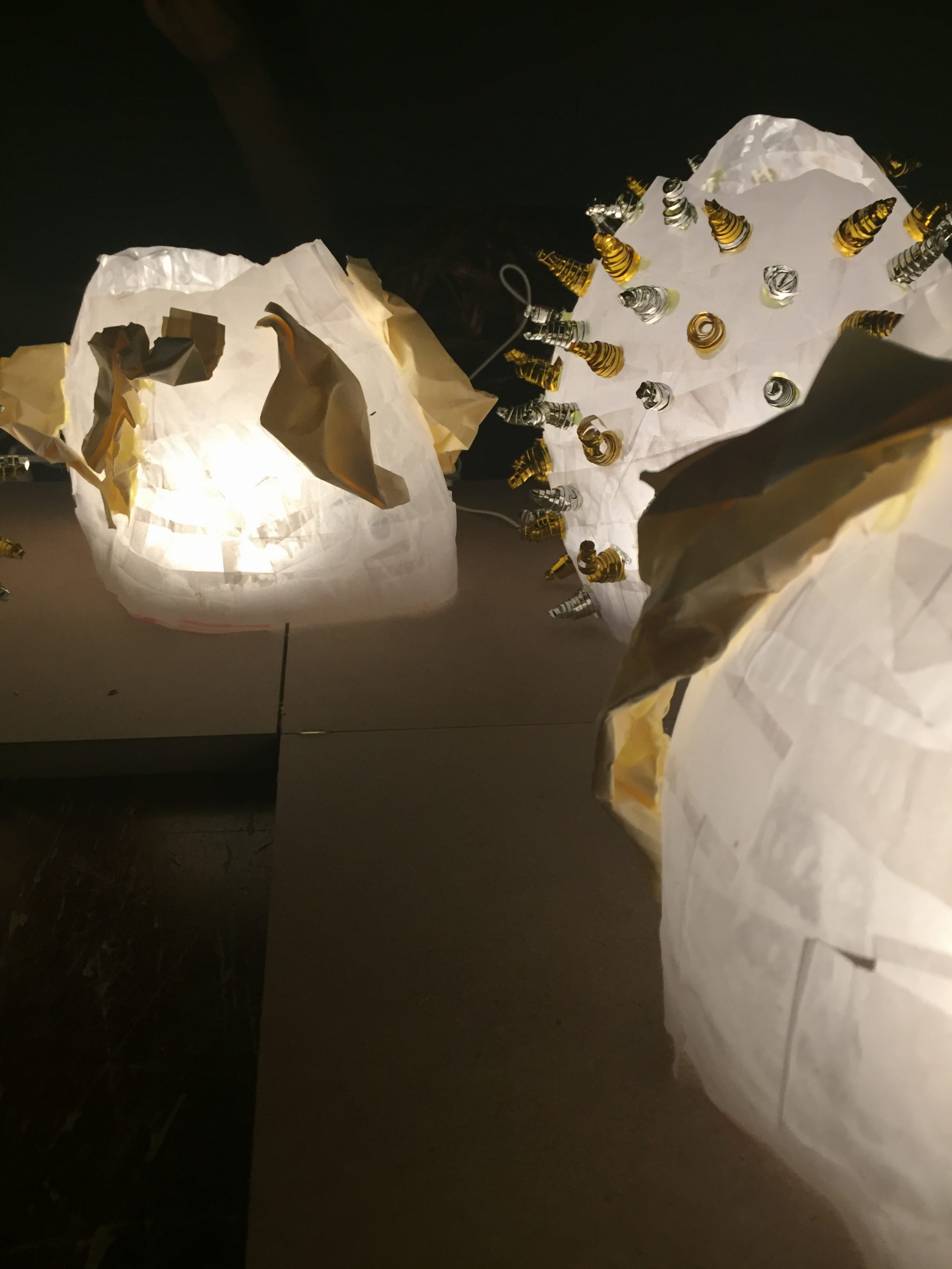 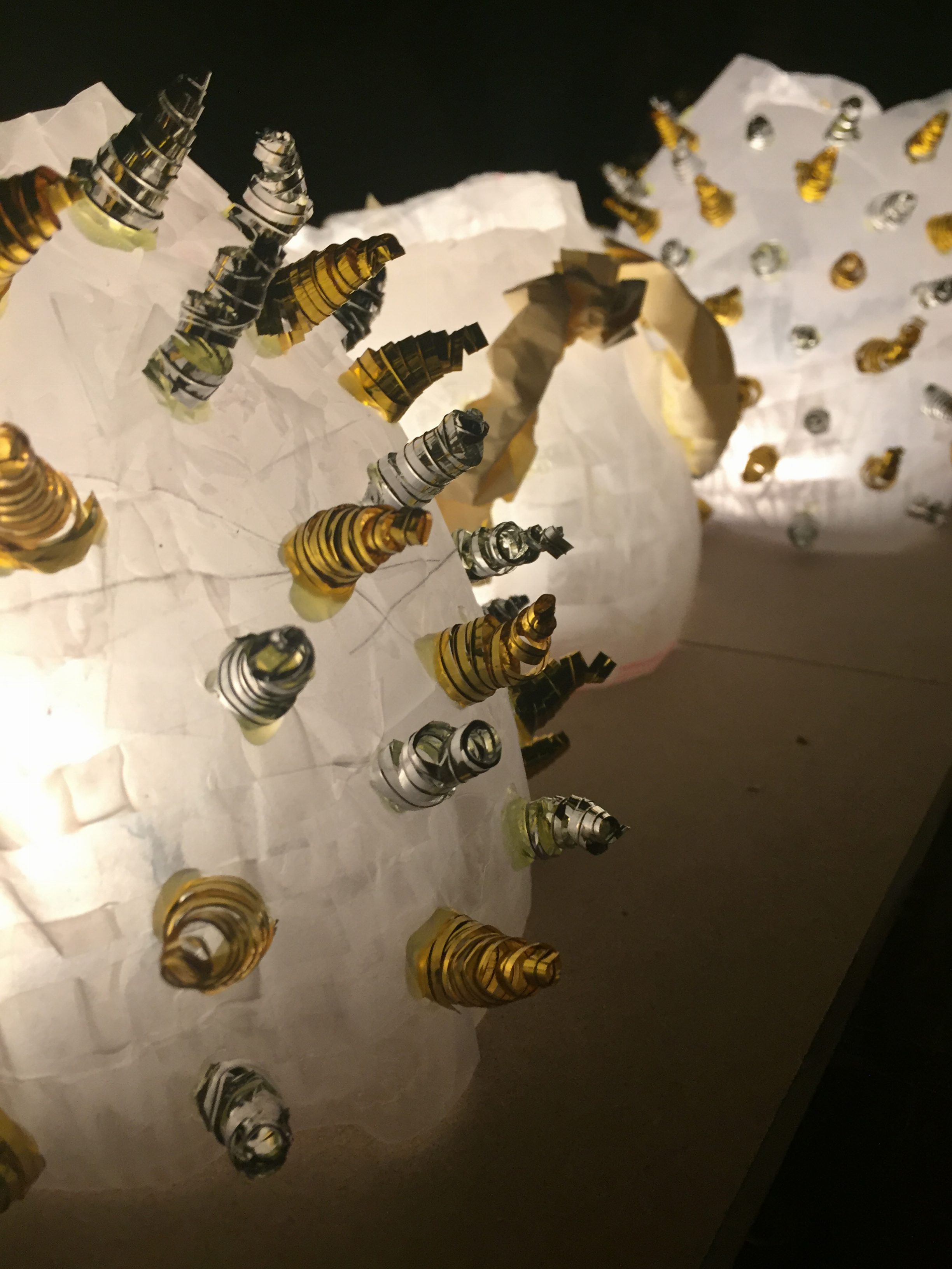 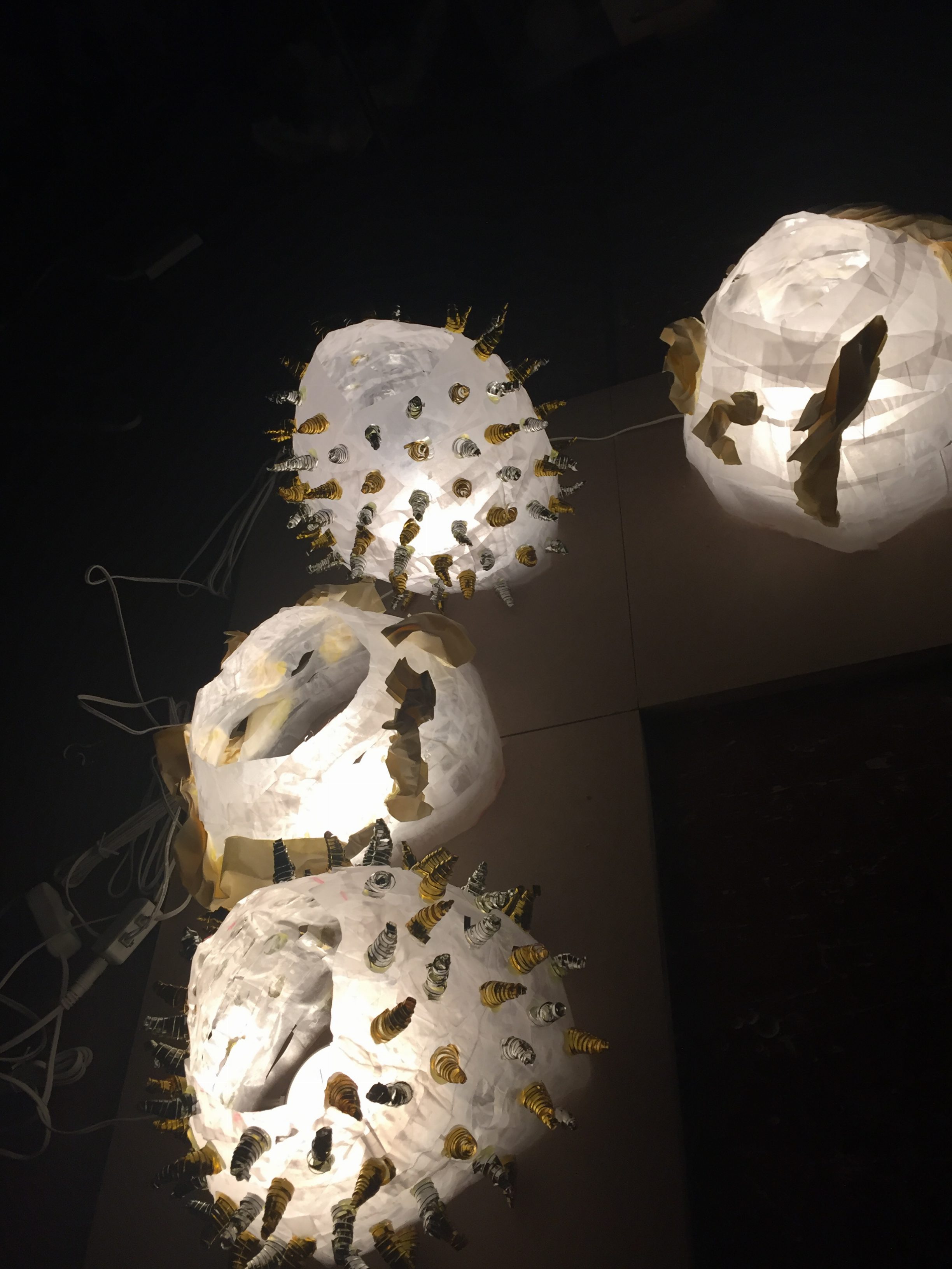