My concept for typography portrait has finally progressed and an idea worth anticipating is formed. YAY! My new concept is: CITY-BOY, where my personalities are shown in the forms of urban facilities illustrated by various traditional mediums.

City culture is one of the things that KL and Singapore had in common. It shows how far human being had advanced and how human community thrives for a better living. The city shows a more distinct variation of forms and views for me. Don’t get me wrong, I like natural sceneries as well but natural landscapes shows the trails left by the elements; cityscapes shows the trails left by the human society. Therefore I find the city interesting when you can deduce human nature in through their physical creations.

I wanted to explore subtleties again in this project after inspired by Ji Lee’s “Word as Image”. Subtleties wasn’t shown in my last concept even though Ji Lee was one of the artist I’m trying to refer. Therefore I want to make sure that his subtle manipulation of words was in my new concept. While doing so, I also want to try out more traditional mediums since the LINE project in order to step out from my photography media.

I searched for a few sites related to my new ideas. Most of the city/urban typographies shown are the ones produced by citizens for occupation/marketing purpose. Vernacular typography.com and The Journal of Urban Typography tumblr documented many handwritten signs, sprayed signs, billboards, and gold signs in NYC.

The Journal of Urban Typography (tjout@tumblr)

There’s a form of city typography created with special fonts on beautiful city photos. These Instagram-worthy photos did not fit my concepts very well. Later, I caught a glimpse of collage typography which impressed me with its dada-ish and constructivist style. 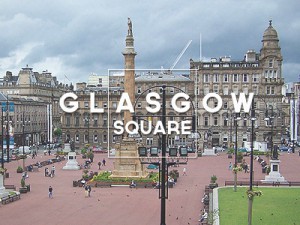 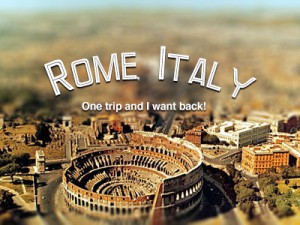 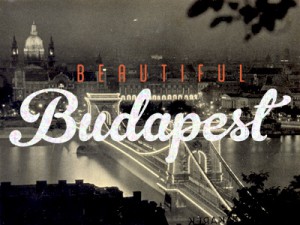 Some of the G-1 folks also gave me some instant suggestions. (As in what pops up in their head after hearing my title.) Since my arrival in Singapore, I’ve always feel that every outing trip to the cities is like going into a new world. There’s a different atmosphere for each city so I have to think of something that conclude my explorations along with traits I hope to show. I shall choose the aspects of the city that I approached the most. Therefore I picked the following aspects. 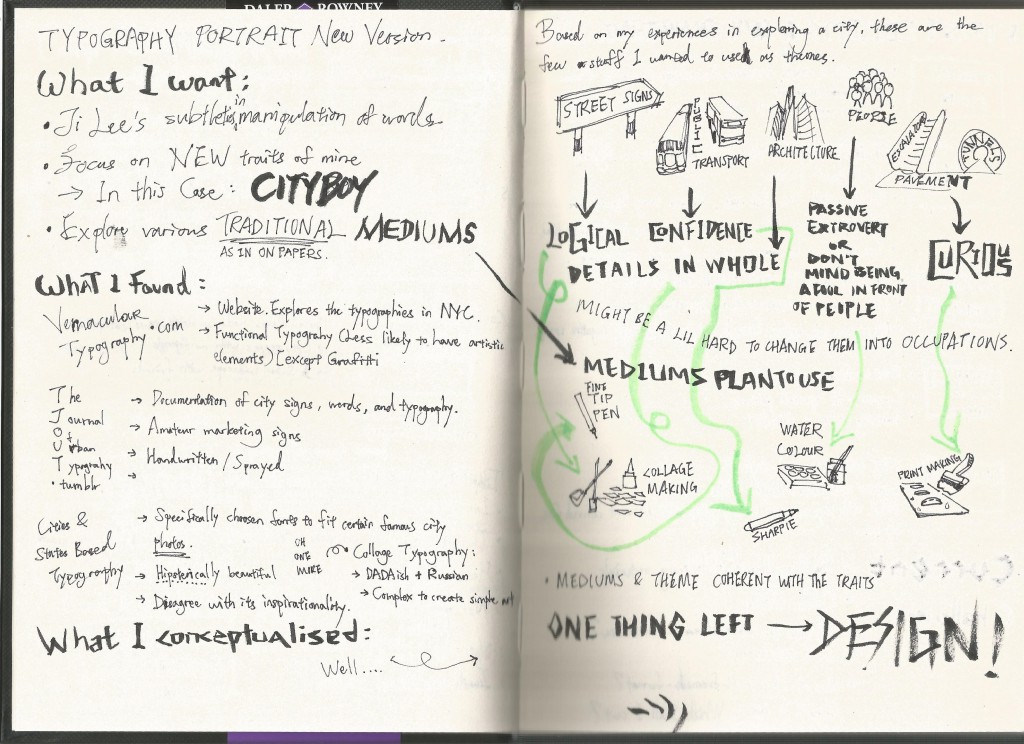 These aspects are the ones that show up in every of my trips, and they represented some new traits I’ve never presented. I’ll explain their relevance in the future.

I match these new traits with the traditional mediums’ specialty. Collage making is paired with STREET SIGNS; Sharpie art with PUBLIC TRANSPORTATION; water colors will be the execution for PEOPLE; fine tip suits best with ARCHITECTURE; and print making is matched with THE PUBLIC PATHS. 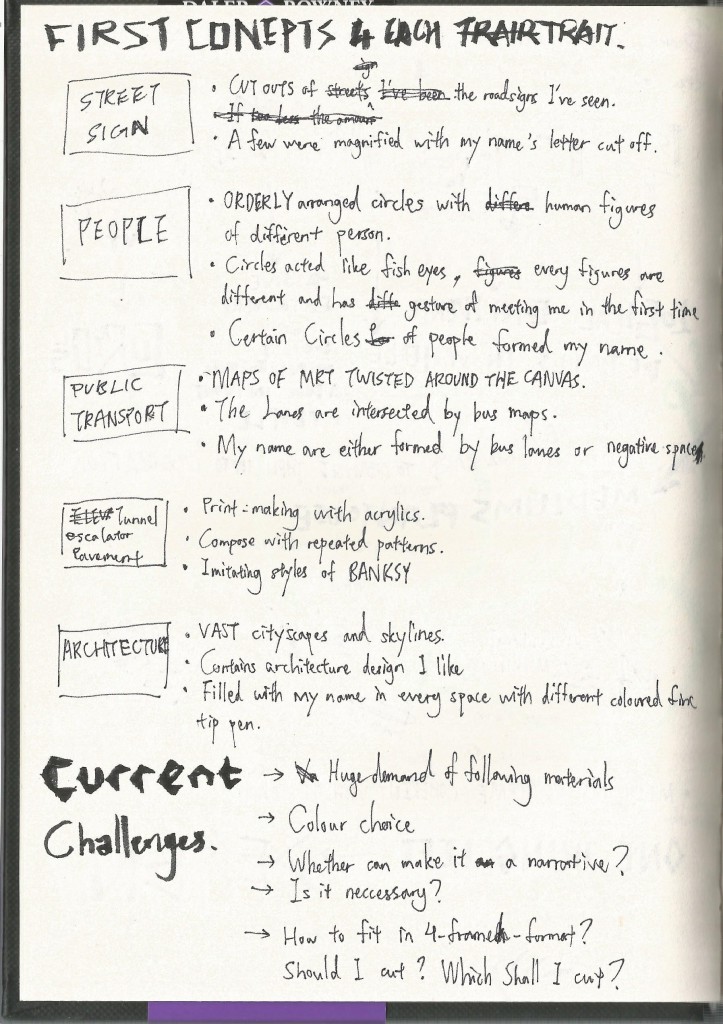 I wrote the properties for the designs only as I haven’t figure out the details until I have enough resources and experiments. Other problems included my demand of traditional materials, (tools and paper types.) how I plan the color choices, (again) and how to fit/cut my concepts into the newly announced 4-frame-format. Despite all of the above, trials and execution time will be the greatest challenge for this project. Perhaps my future post for this project will include a lot of my fails attempts. Hope not. (Crossing fingers.)

Thanks for reading my renewed conceptualizing stage. See you in my next progress post!