My One Demand is an interactive film about unrequited love. It’s an one take, continuous shot using a single camera, and comments from a live viewing audience.
The shoot is actually happening right outside the theatre simultaneously as the audience are seated inside watching the broadcast live.
Audiences were engaged and encouraged to interact live by responding to a series of questions posed by the narrator about, unrequited love.
Selected answers received will be added to the script. This makes the script unique as 1 will never be the same as another screening.
As the film comes to an end, the narrator asks the last question about what is something you wish you could change, but couldn’t? All the answers received are projected onto the screen. 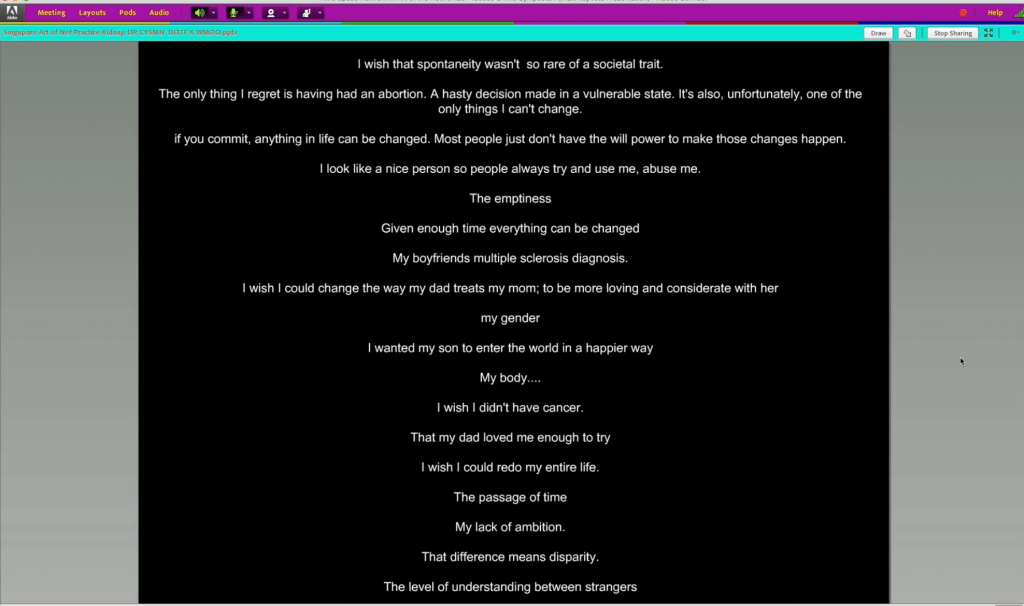 MOD’s narrative is not just to tell the narratives of the characters in the film to the audience. But also to pull in snippets of the narratives from the audiences themselves.
This is especially so for the last question. As they watch the answers of what the others around them has to say, they wonder about their narratives too.