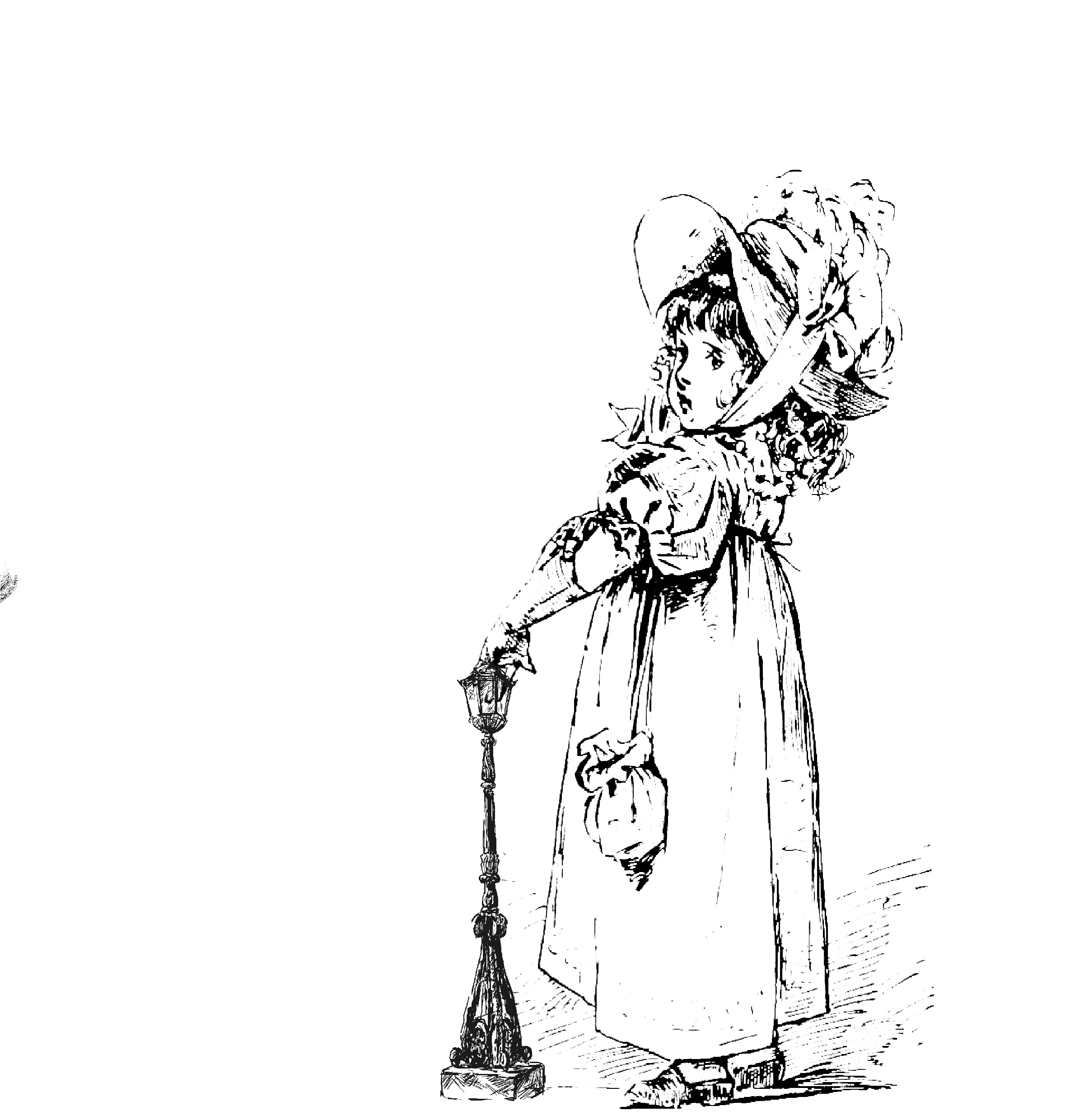 A long overdue post, this is a record of my process with regards to the Rhyme Assignment.

I first started out with not much direction when I was picking pictures, picking those that were centered around a few lines of the poem ‘Mary had a Little Lamb’. I picked anything that I thought that I could use, although in hindsight I realised that some of my images were subtly creepy.

I also decided to base my images around the vintage theme as I felt that I preferred the clarity that the black-and-white illustrations offered.

Line 1: “And everywhere that Mary went, the lamb was sure to go.”

The line I focused on initially was: And everywhere that Mary went, the lamb was sure to go. I started my exploration with the idea of Mary’s lamb being a euphemism for a monster that was stalking her.

The first image I made was this: The idea of this composition was centered around the futility of Mary in trying to get away from the ‘lamb’. The compass shows that it will always be able to find her, an idea that is further emphasised by the circular nature of the chase as the ‘lamb’ follows Mary round and round. This was a composition that I truly enjoyed, and it made its way into my final 4 compositions for printing. I played around even more with the idea of the stalking monster.
I placed Mary in a ‘dreamscape’ of sorts, with compasses hanging from the trees and all pointing towards her. The monster is now a blurry shadow, an idea that I liked as it was a contrast to the sharp definition of the girl and the tree in the foreground and middle-ground. I also came up with two alternatives to this design as I wanted to play around with different methods of portraying the monster and inversion of colours. However, after discussion with Prof Ina, I decided that the shadowy, blurry nature of the first composition worked better overall. Another alternative composition with edits in terms of inverting the colours. The idea for this was about how Mary is always having her lamb on her mind, thus having it ‘follow her everywhere she goes’. However, it appeared too messy and unaligned. Therefore, I reedited it and created a more uniform, symmetrical composition. Going further with the idea that Mary’s lamb is always on her mind, I decided to try out a darker take on the whole line, changing the colour scheme to white-on-black and creating a grimmer version of the lamb. The lamb was an initial experiment to create the line ‘fleece as white as snow’, where I was trying to think of other things that were white. I decided that the moon was was rather white and it could be used as a substitute to simulate the idea of fleece. However, it did look a little too dark for ‘fleece as white as snow’. I decided to extend the fleece to the end of the composition because the previous composition seemed too messy. I was interested in the idea of hallucinations, thus creating this composition to depict hallucinations of sheep as a result of drugs. I then tried to twist the line into ‘Mary followed the lamb everywhere’- thus this composition came about where the lamb had eaten Mary. She had no choice but to follow the lamb. I then decided to switch it around and make it such that Mary was sleeping on the lamb, creating a relationship between the two elements. After consideration, I tried merging the two compositions together to create this new one. I was interested in the idea of drug addiction/reliance and how people need it constantly. Thus. this composition was made to reflect how drugs are not only something that people are reliant on (so it is something that they have to bring everywhere), but also mixing it with the idea of something that creates hallucinations. This is one of my finals, where I cleaned up the form and made the composition neater. I was playing around with the idea of how rain is unavoidable (and thus following Mary everywhere she goes).
But also with the pun of lamb-lamp. Thus, Mary had a little lamp. For this composition, I was inspired by the horror-twist of the Mary had a Little Lamb poem (refer to one of my previous posts). In that poem, Mary made a deal with dark forces to get revenge on the people who mocked and killed her lamb, thus turning into Bloody Mary.
This was made to symbolise Mary’s love for her lamb, such that she would trade her soul for black magic. (The line I was going for was ‘Well, Mary loves the lamb, you know’) I tried adding a lamb pattern in the background so as to create this sense of Mary loving her lamb so much that she’s practically obsessed with revenge. However, I feel like it looks too messy and detracts from the focus of the girl and the mirror. The line I decided to play with for this composition was ‘Why does the lamb love Mary so?”
So it’s kind of a romantic, star-crossed twist on the whole line. However, I felt that the white space of the previous composition was too stark, so I filled up the space with stars (that are actually bits of coral from a botany picture) This was a more mythological, sea-based twist on the line ‘Everywhere that Mary went, the lamb was sure to go’. This was mostly because the ‘lamb’ wants to eat her. A framed composition of ‘Why does the lamb love Mary so’. I was dealing with the folklore of how unicorns love young girls, thus making the lamb a unicorn. This was a darker twist on the whole idea of the relationship between the lamb and Mary. It’s a shadow-version of the star-crossed lovers composition that I did before. This was an unfinished composition that I was toying with. It’s meant to incorporate mythological elements, but I was unable to come up with anything concrete.