Some pictures for the process work I’ve done so far! 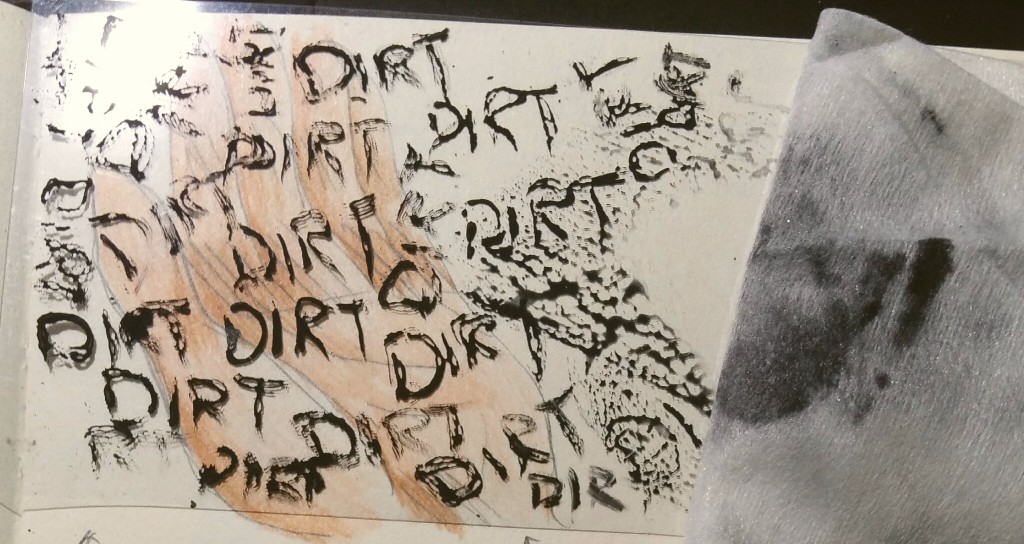 I tried using layers for this. I tend to be slightly concerned about germs and dirt, so I wanted to show how I feel when I go to wash my hands.
The baby wipe is also a part of the composition, and I used it to wipe some of the painted words away. 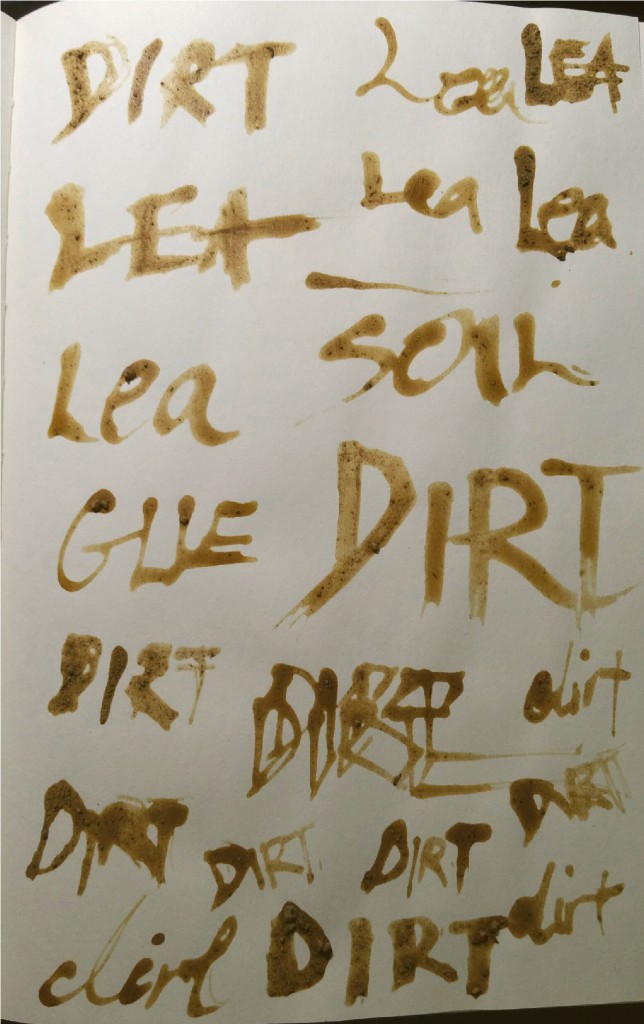 I decided to be a little more unconventional with my choice of material and mixed up a dirt-glue mixture to use as paint.
I initially wanted to just use a dirt-water mixture (mud), but realised that I should add glue to ensure that the dirt stays on the page after drying.

I’m very inspired by greek mythology, so I tried to use some famous mythological stories and create letters based on them.
The ‘L’ is based on Daphne, a dryad that was turned into a laurel tree.
The bit below was a (somewhat failed) attempt to create a landscape that also spelled out my name, but unfortunately it wasn’t very legible. 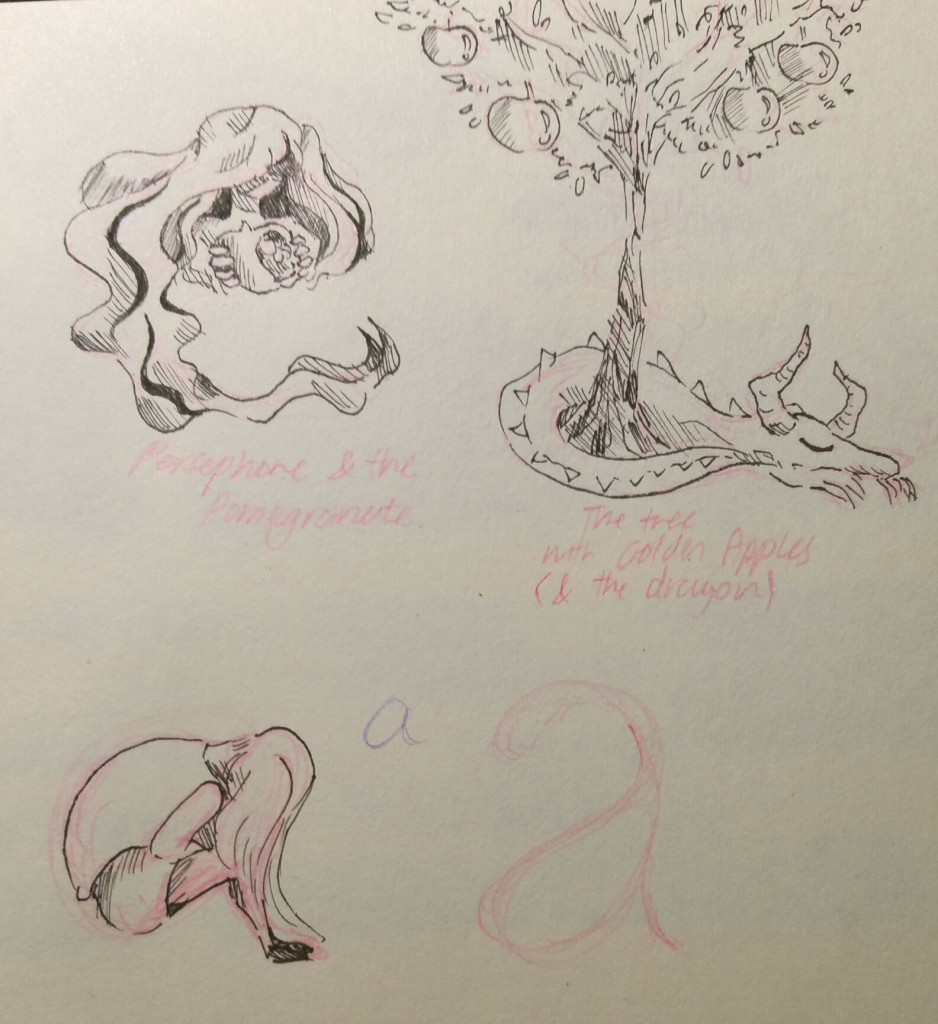 Back to the idea of Greek myth and type, the ‘e’ is based on Persephone and the Pomegranate.
I tried another version of the ‘L’, this time based on Ladon (The dragon who guards the Golden Apple tree in the Garden of the Hesperides).
The ‘a’ below was not based on any Greek myth- the ‘a’ looked like a girl curling up with her head on her knees to me. 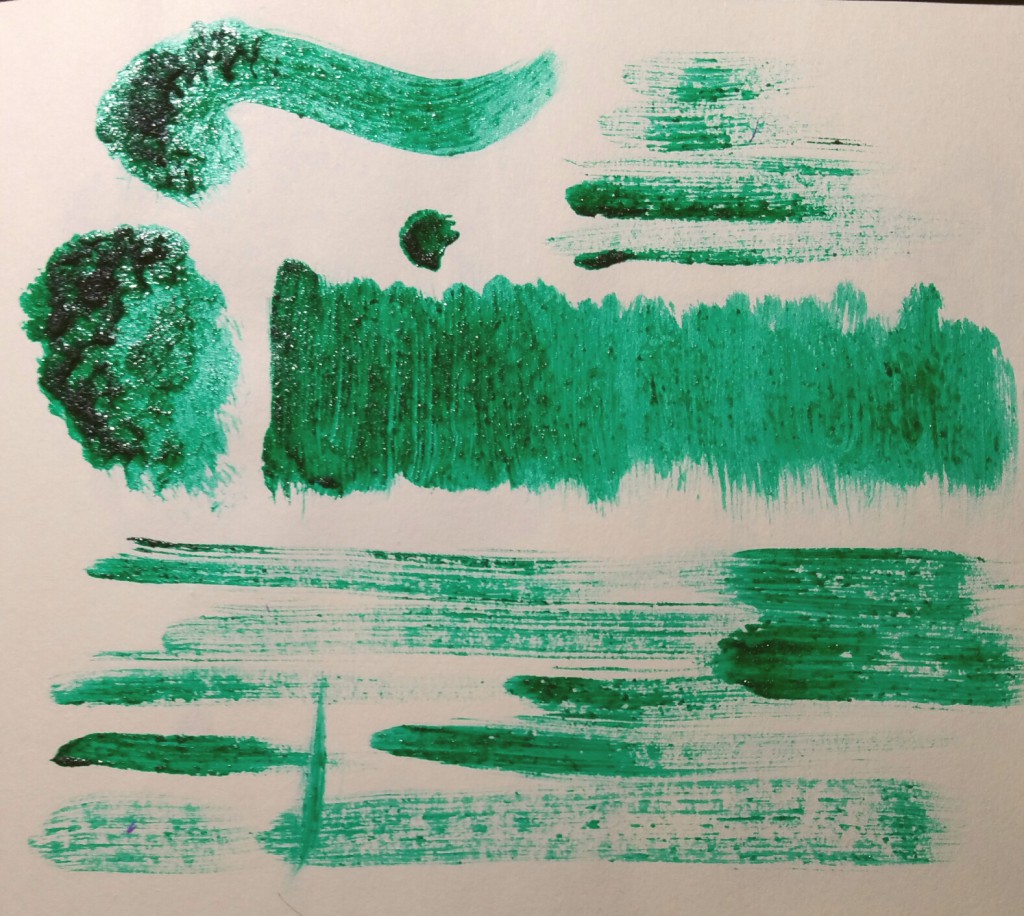 I was testing out some materials- this was a mix between crystal flakes gel and green acrylic paint. It creates a very tactile surface (which shines to a certain extent). 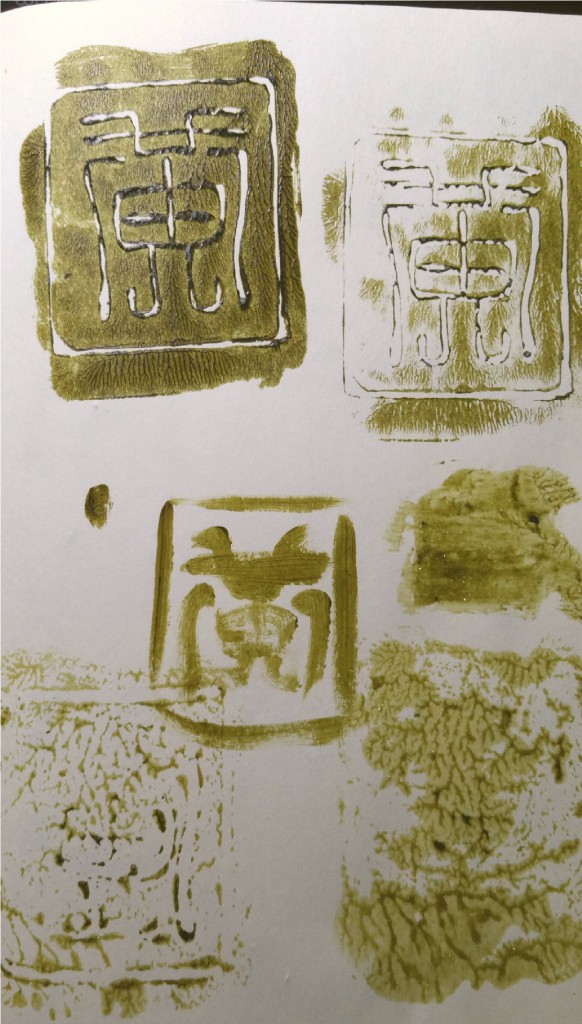 Drawing upon my inspiration from the ‘Hello’ exercise, I tried making a rubber stamp of the design in my earlier process post.
I tried it out using Acrylic paint and an ‘acrylic-crystal’ paint-gel mix. The pure acrylic paint was a lot more successful than the paint-gel mix, which was too thick and clogged up the grooves of the seal. 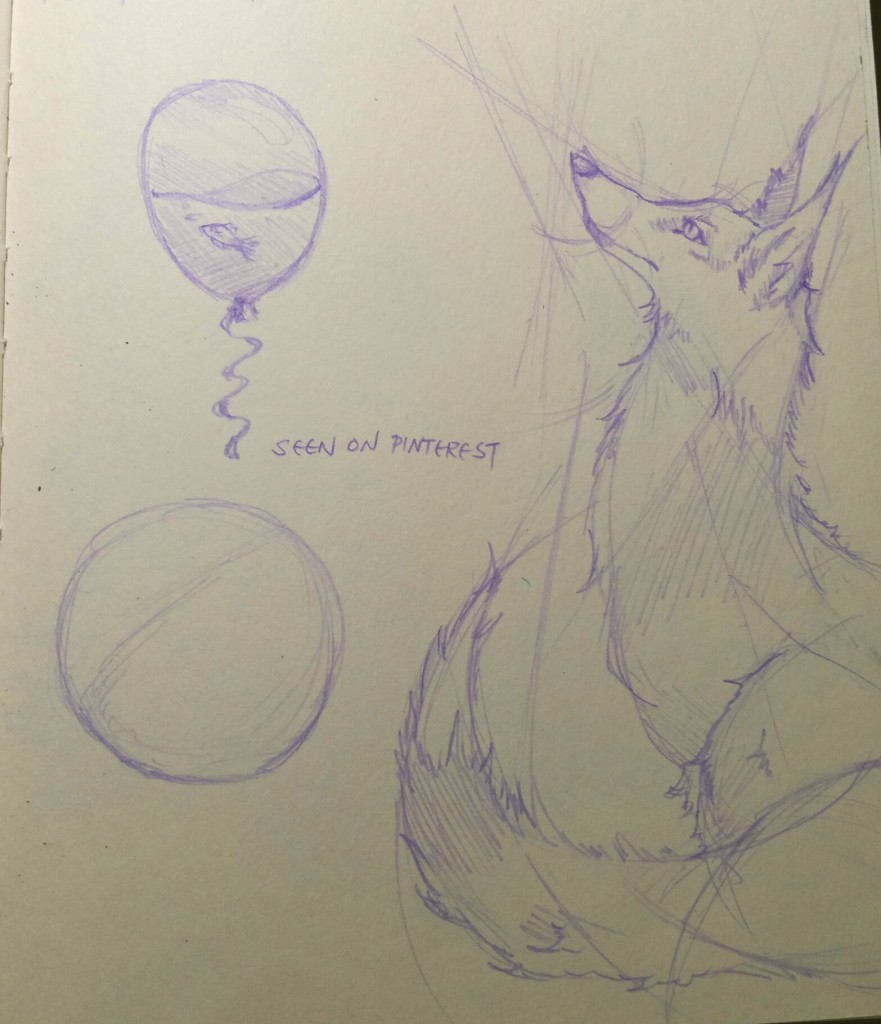 Some sketches that I did in a more illustrative bout of inspiration after scrolling through Pinterest. 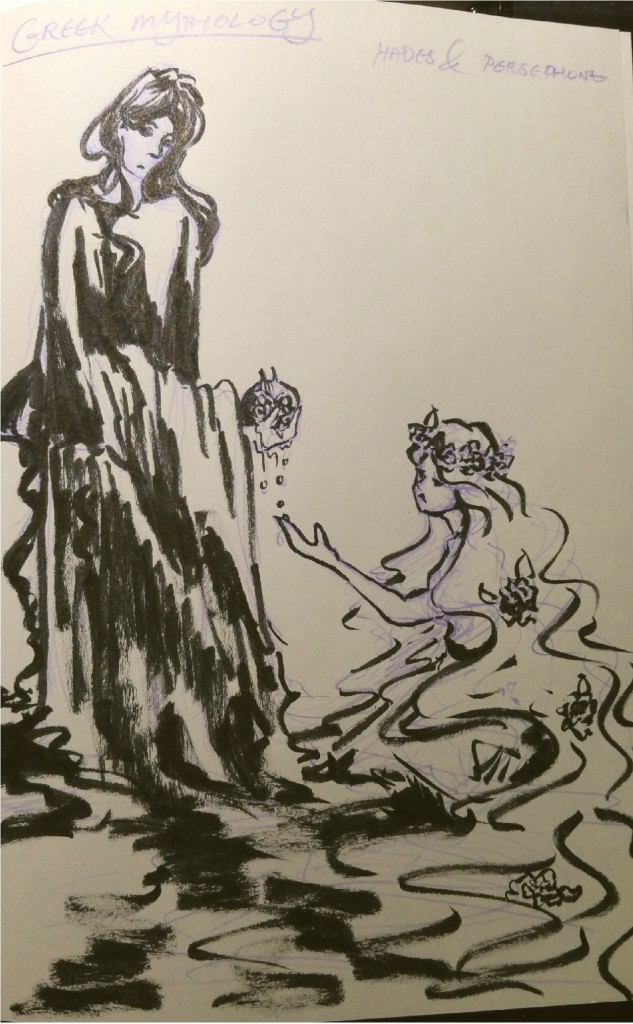 I started on a more illustrative path after talking to Prof Ina, who suggested this instead of doing more typographic works.
This was a quick ink sketch of a the Persephone-Hades myth. I don’t personally identify with a strange man kidnapping me and dragging me to the Underworld to be his wife, but I am pretty gullible by nature and very easily tempted by food. Thus I decided to draw the moment Persephone gave into eating the Pomegranate seeds and sealing her fate to stay in the Underworld for half the year (thus causing winter on Earth) 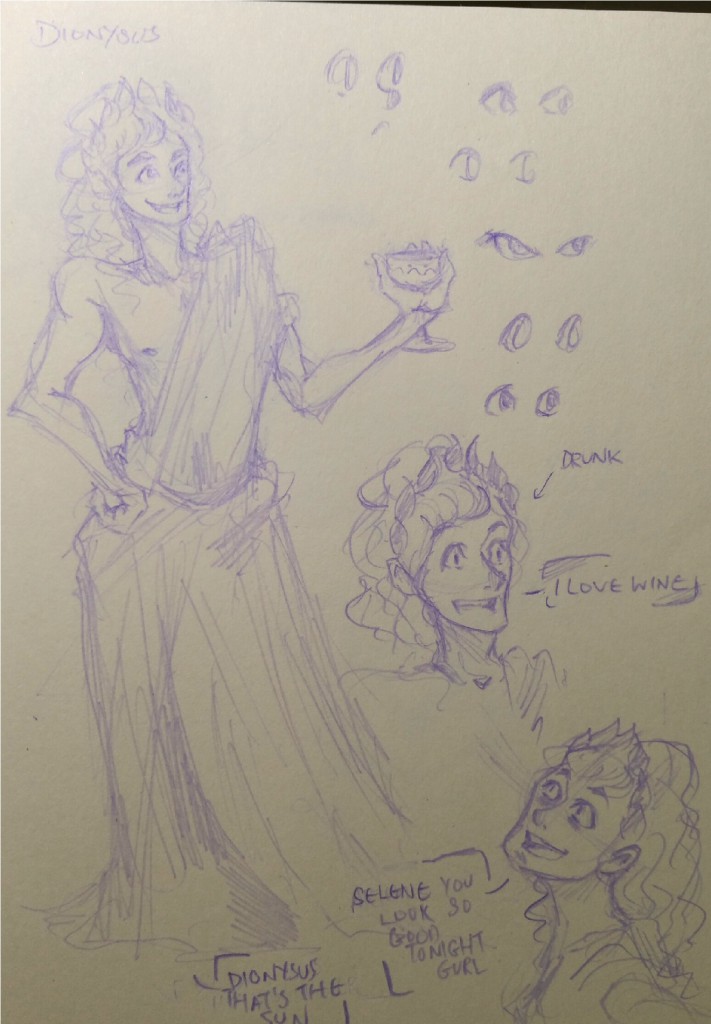 I then decided to go with having Greek characters (Gods, Titans, etc.) representing facets of my character.
I tried a more illustrative, cartoon-y style for these sketches of Dionysus (who represents playfulness and enthusiasm to me). 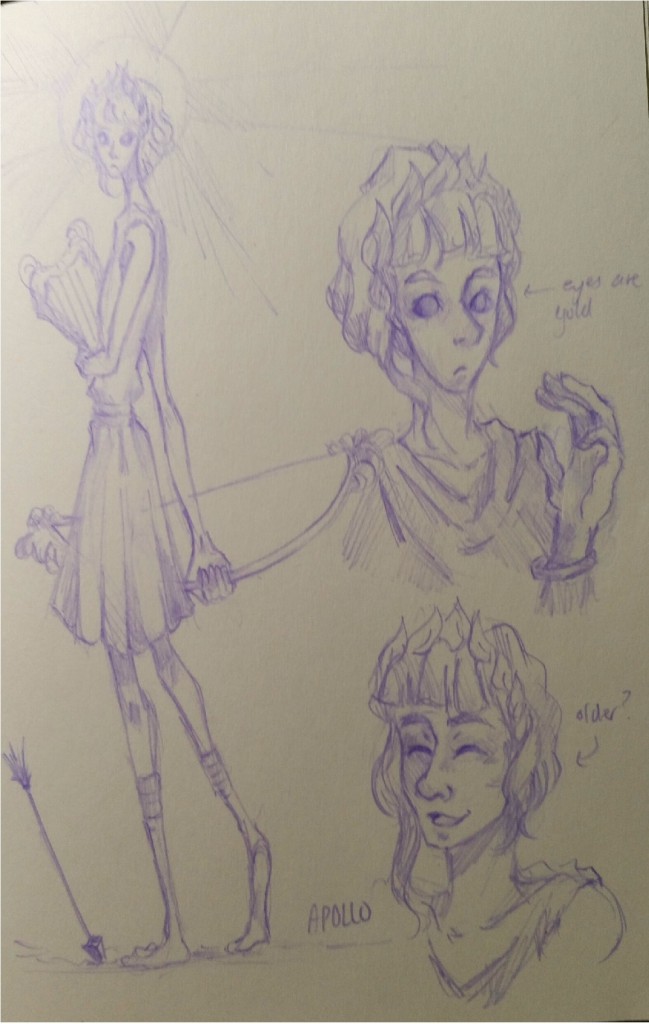 For Apollo, I tried to emphasise a more elongated figure to highlight the unearthly nature of Greek Gods. 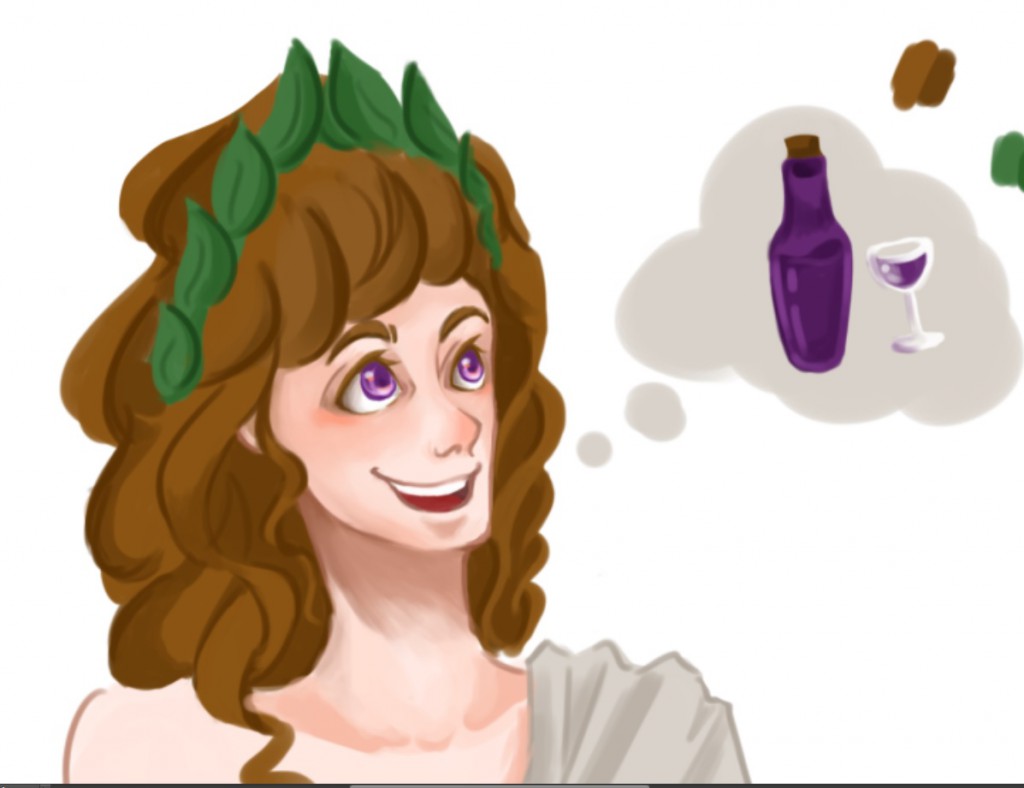 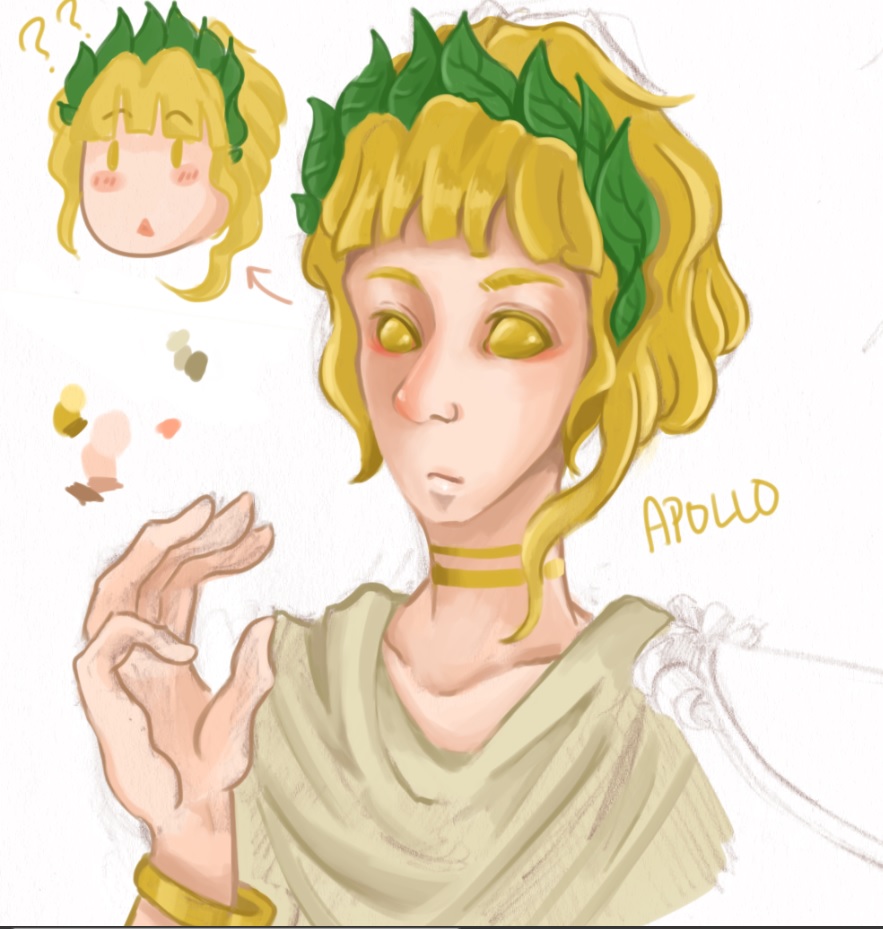 Similarly, a screenshot of a quick colouring of the Apollo sketch! I’m not entirely sure if I want to go with this style of drawing for my final, but it’s very fun to do!