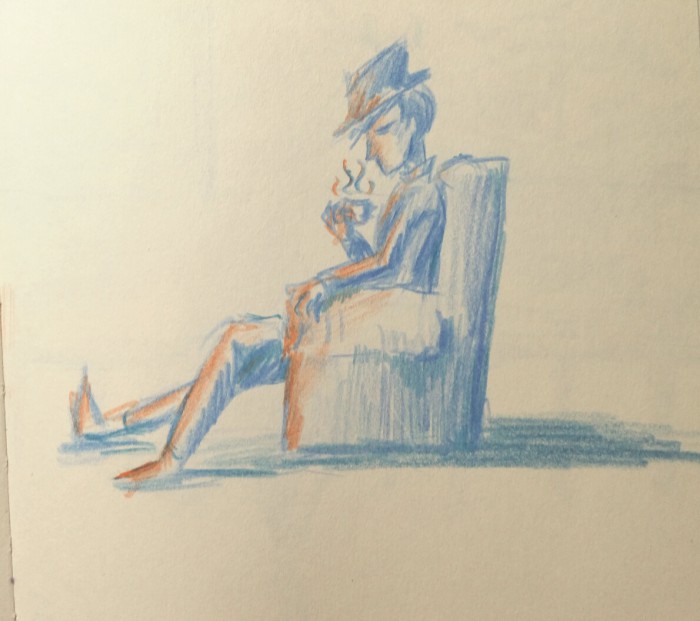 I’ve kind of saved up all my process work so I’ll be putting them all into this masterpost!

I initially wanted to do Tarot cards for my Typography project, but I decided to save it for my POV project after some advice from Prof Ina. However, I decided to put that idea aside because I wasn’t very enthusiastic about ascribing meaning to the tarot card that I already started on (I had given it a different meaning under the Typography project and I was unable to come up with a new one under the POV assignment) 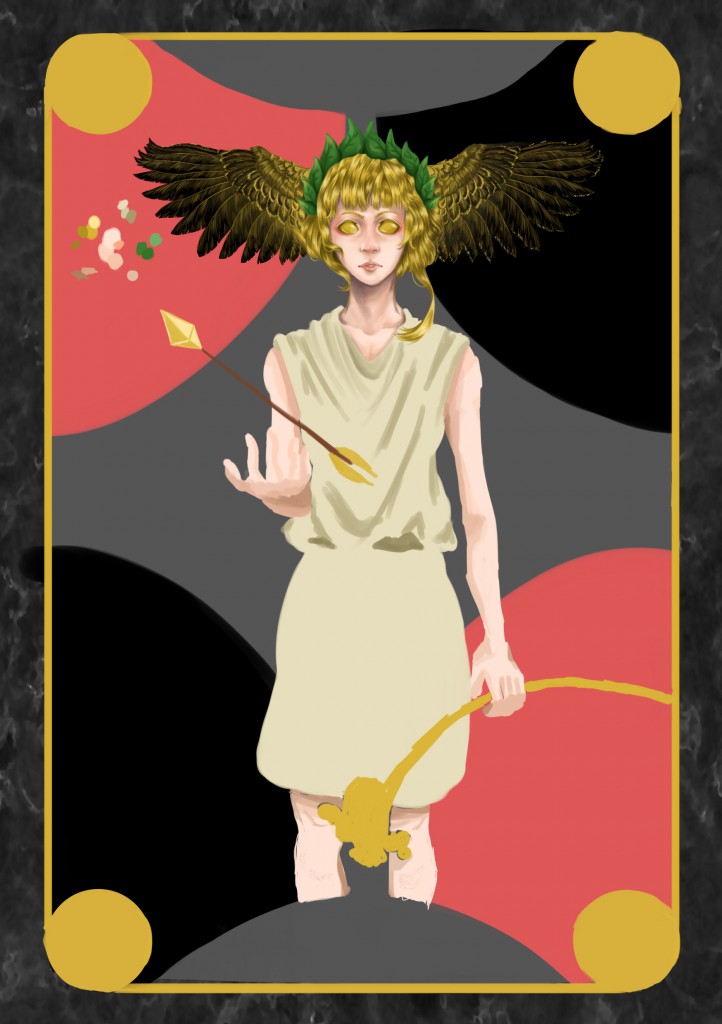 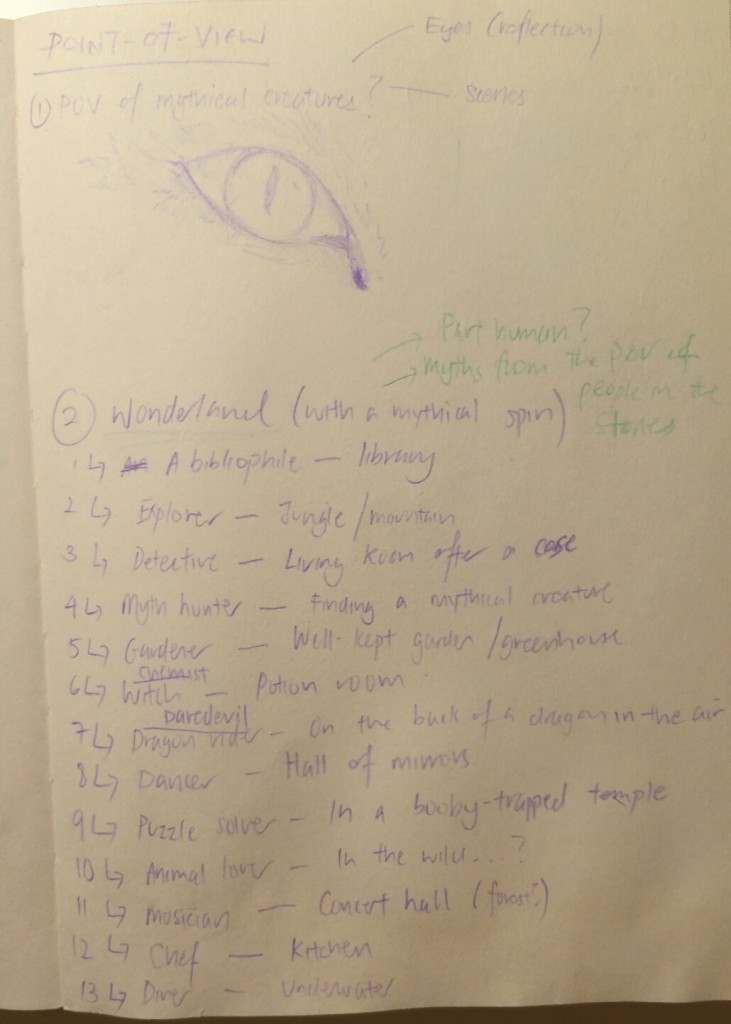 This was my initial planning for the 18 Points-of-View! I only managed to come up with 16 in total. My initial idea for this POV was to do illustrations of people who could be found in the mythical world that I created over the semesters, and their interaction with the creatures and landscape. The theme that I wanted to explore was ‘Wonderland’. 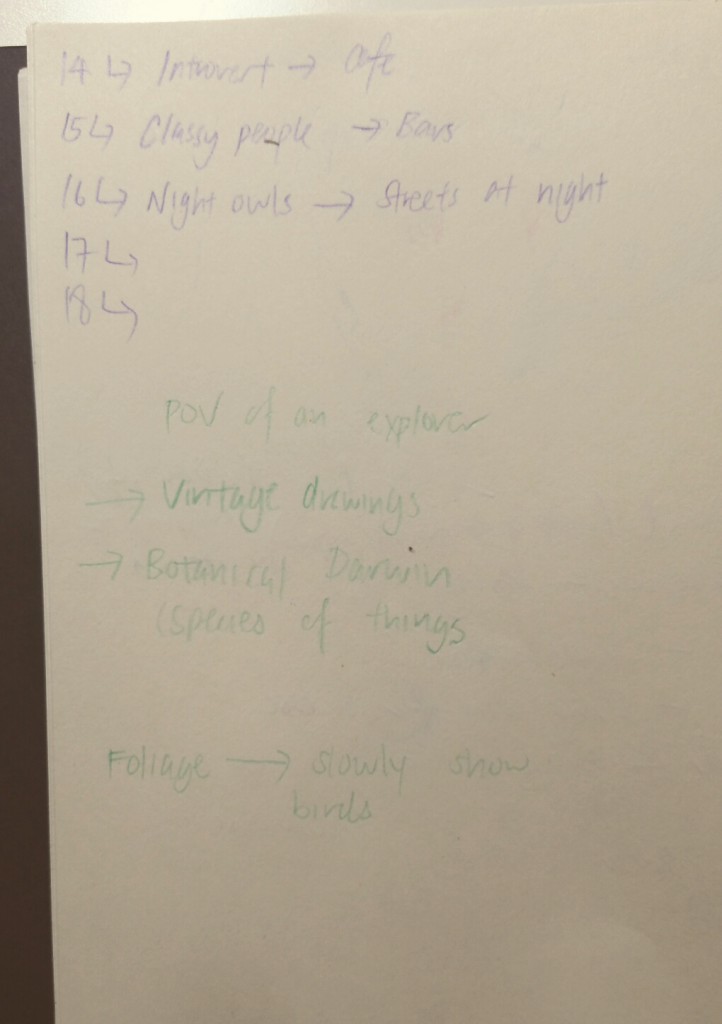 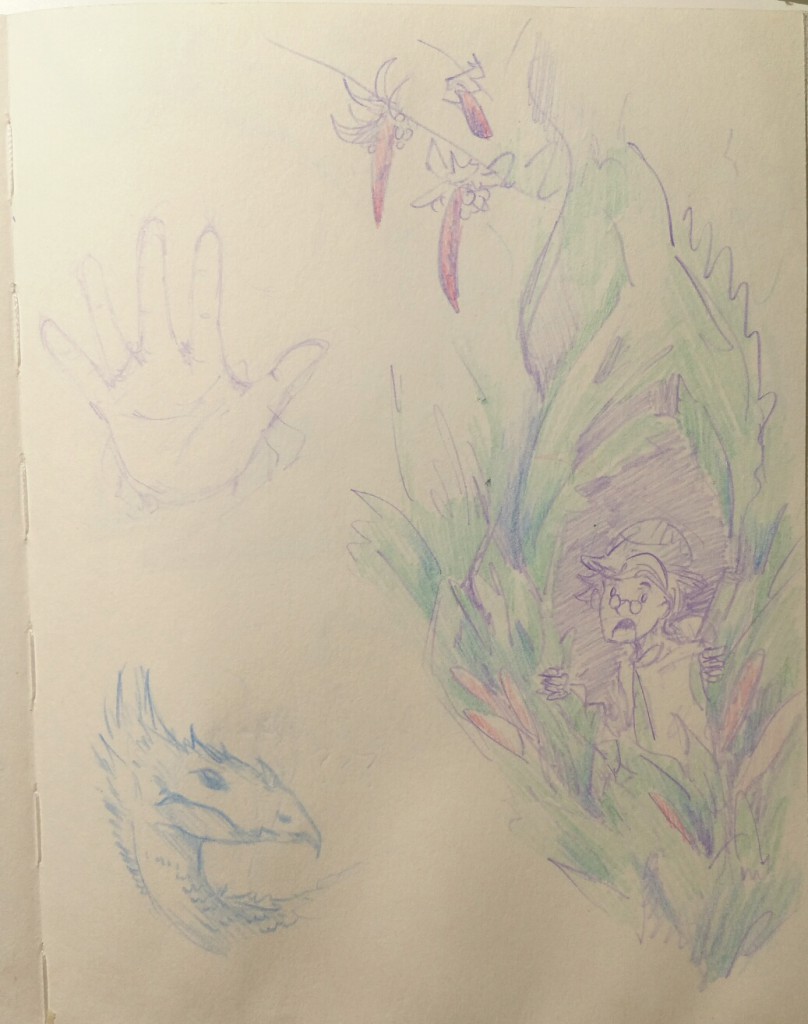 Some initial sketches to work out the ideas! I was quite stuck on the idea of the explorer finding something new and interesting in his travels. 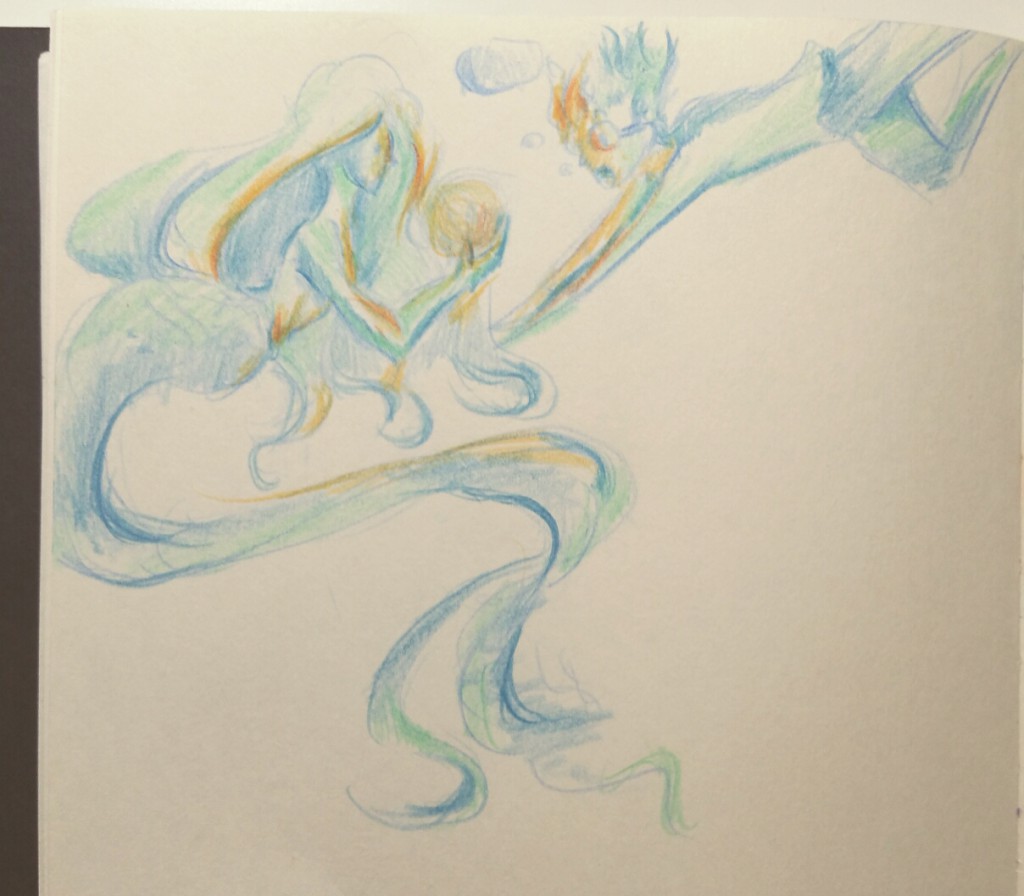 The explorer meeting a mermaid underwater! I was playing with colour and how to depict light in a scene with the limited colours that I had on me. 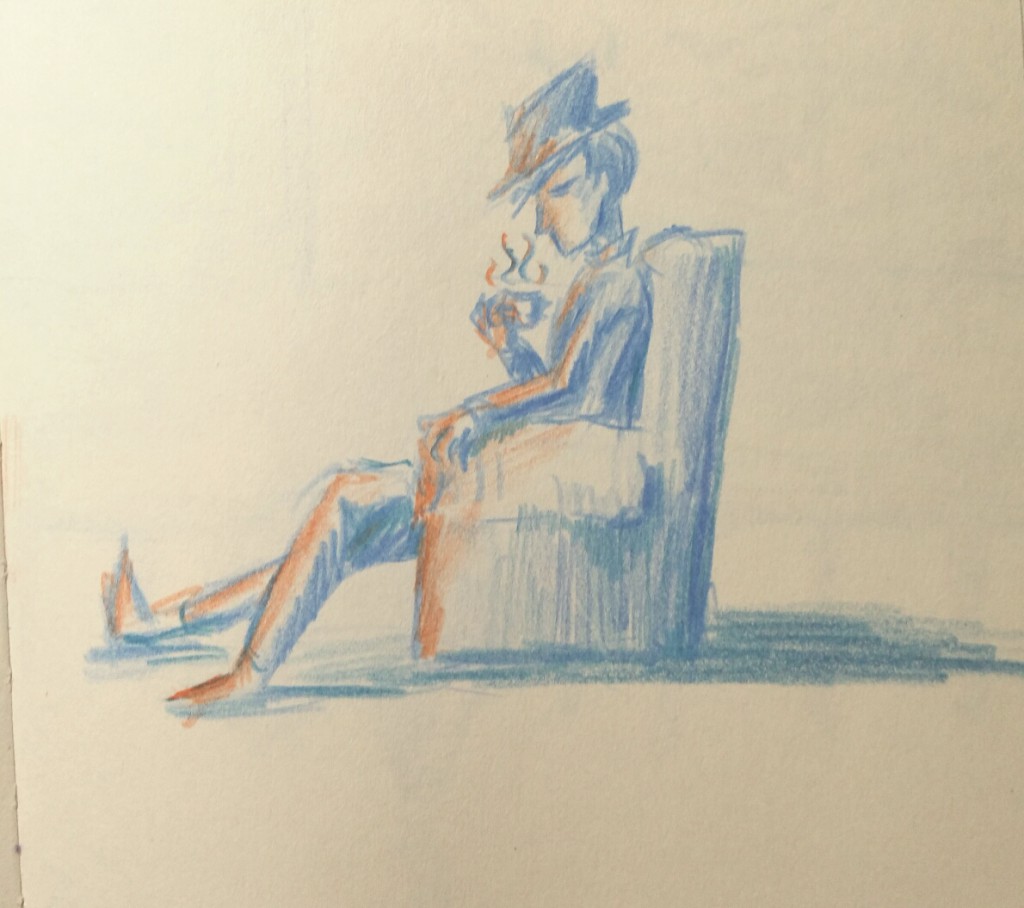 A detective enjoying a hot cup of tea by a fire. 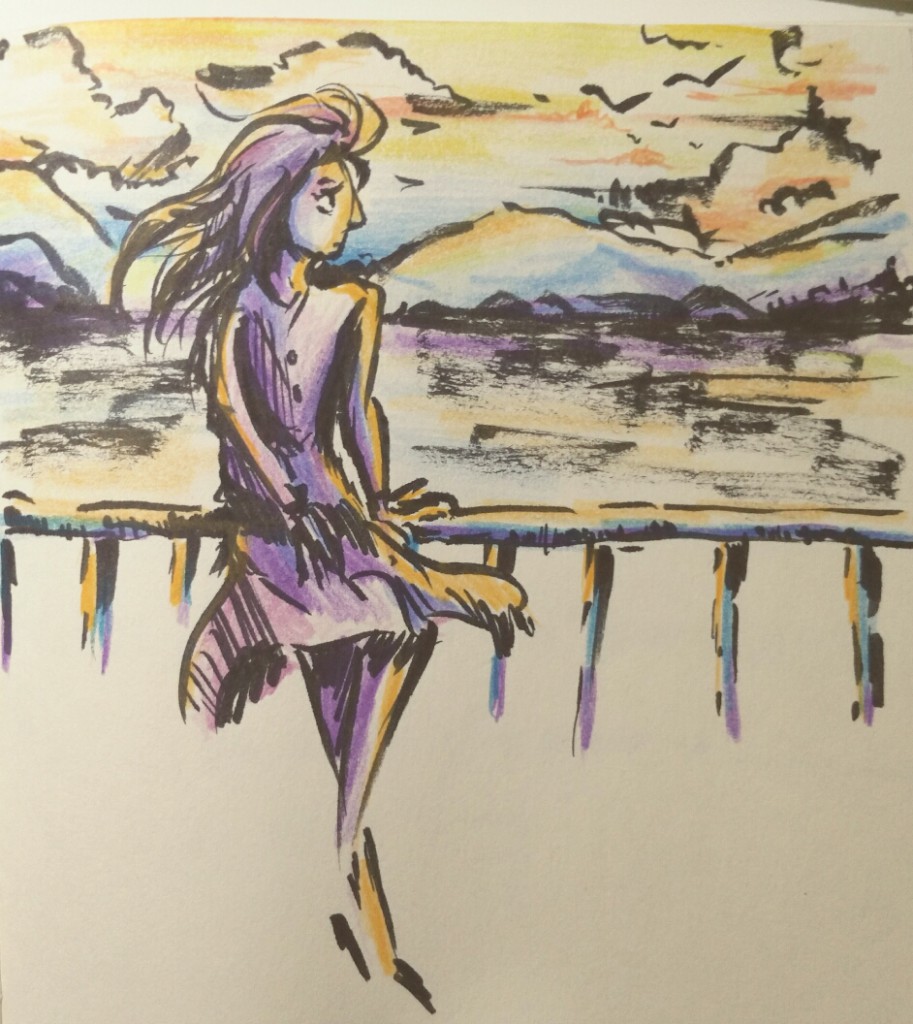 This wasn’t linked so much to the POVs, but was more of an extended experiment in colour and depictions of light. 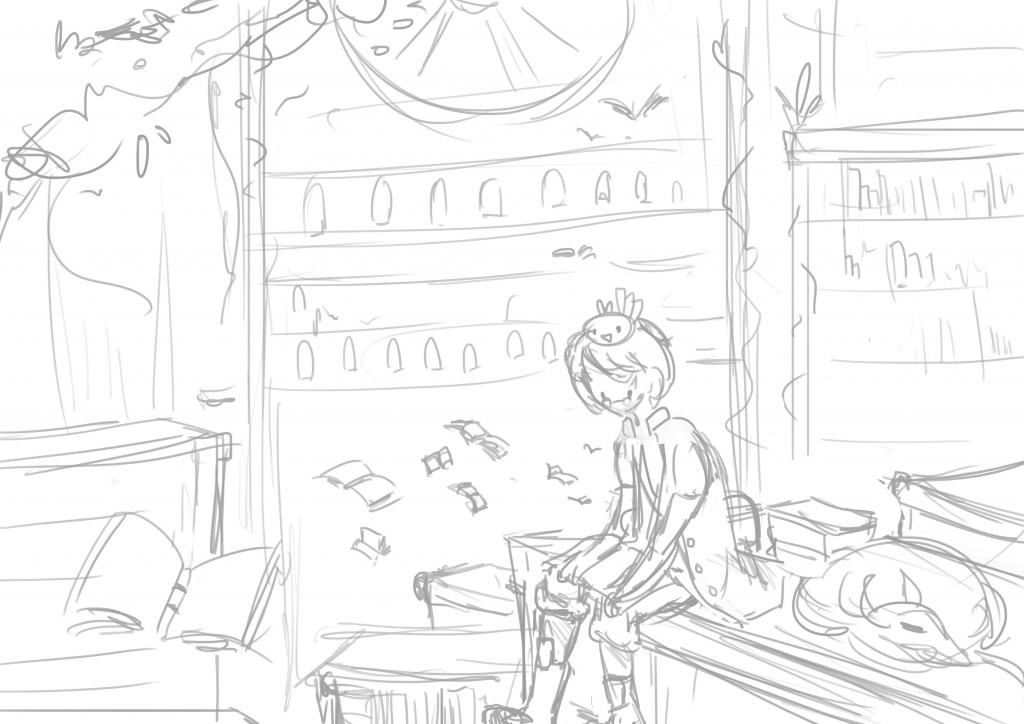 Sketch of one of the POV ideas (library)! I scrapped this set of ideas before I could go any further with this sketch though. 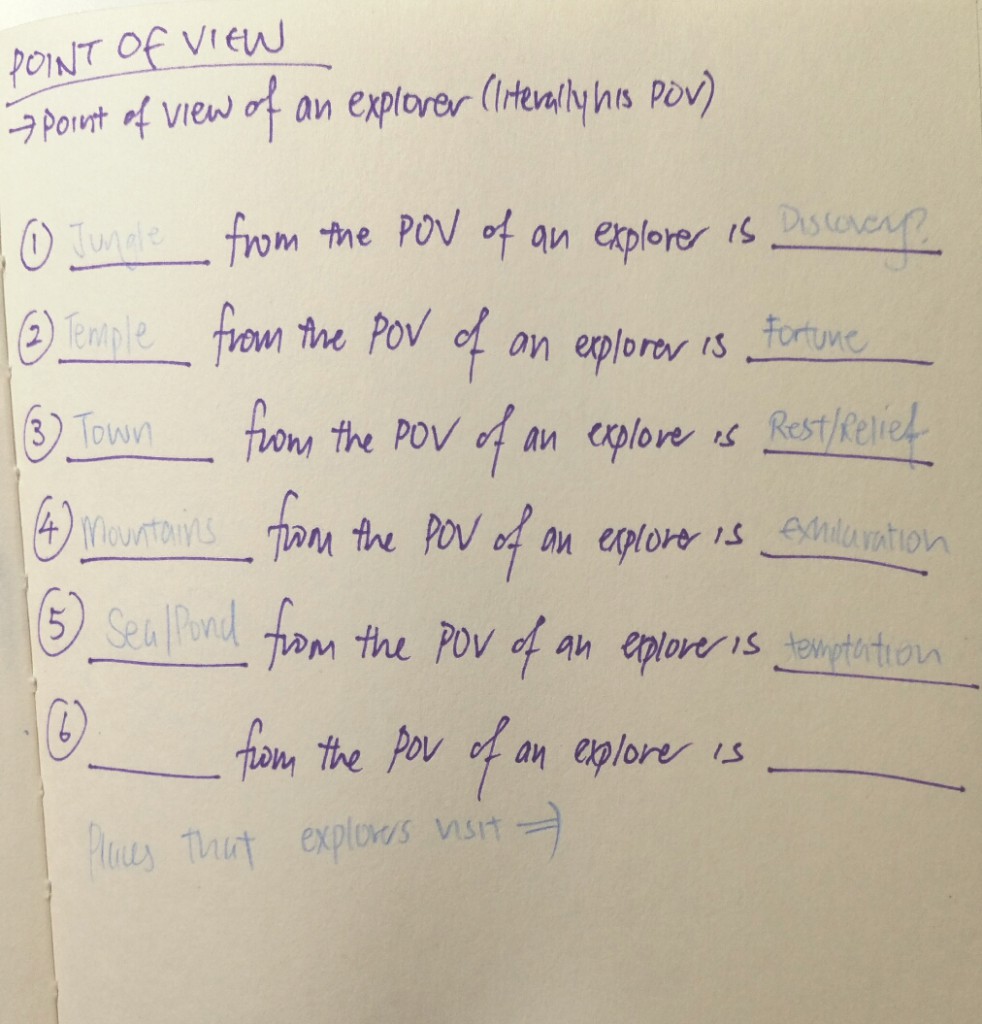 However, after talking with Prof Ina, I decided to change my focus to ‘explorer’. I decided to cement that as the theme I wanted to explore and how this explorer interacted with the mythical landscape and its inhabitants. It’s quite similar to my initial idea, but instead of focusing on the person, I would be focusing on his perspective and literal ‘point-of-view’. 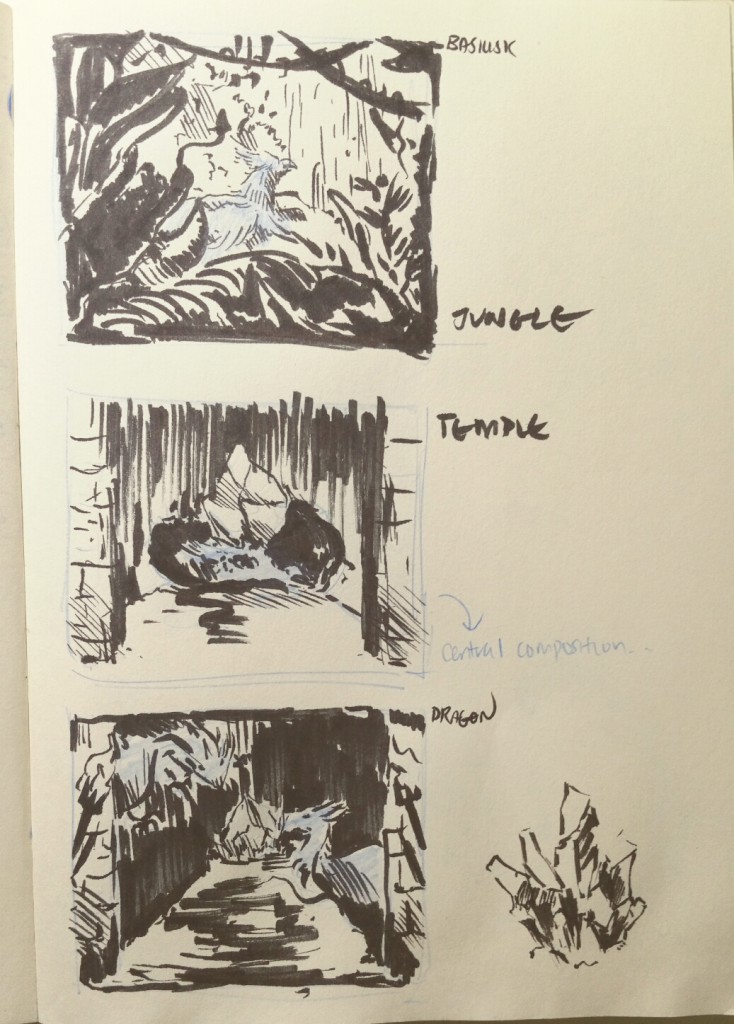 Some planning of compositions for my final pieces! 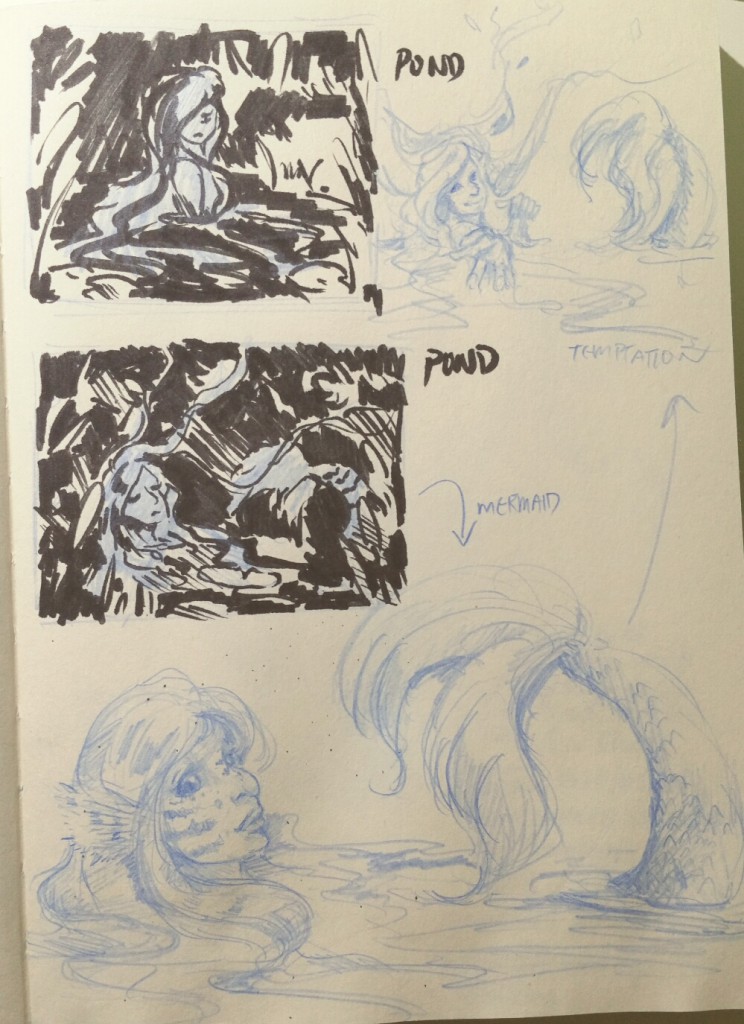 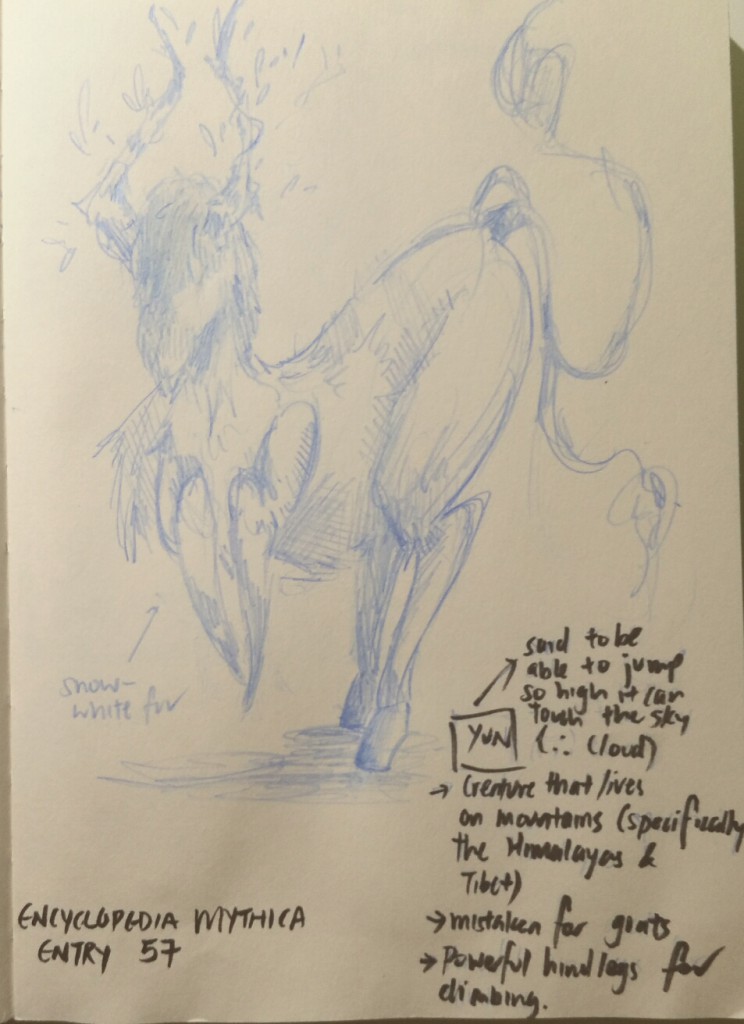 A new mythical creature to add to the list! 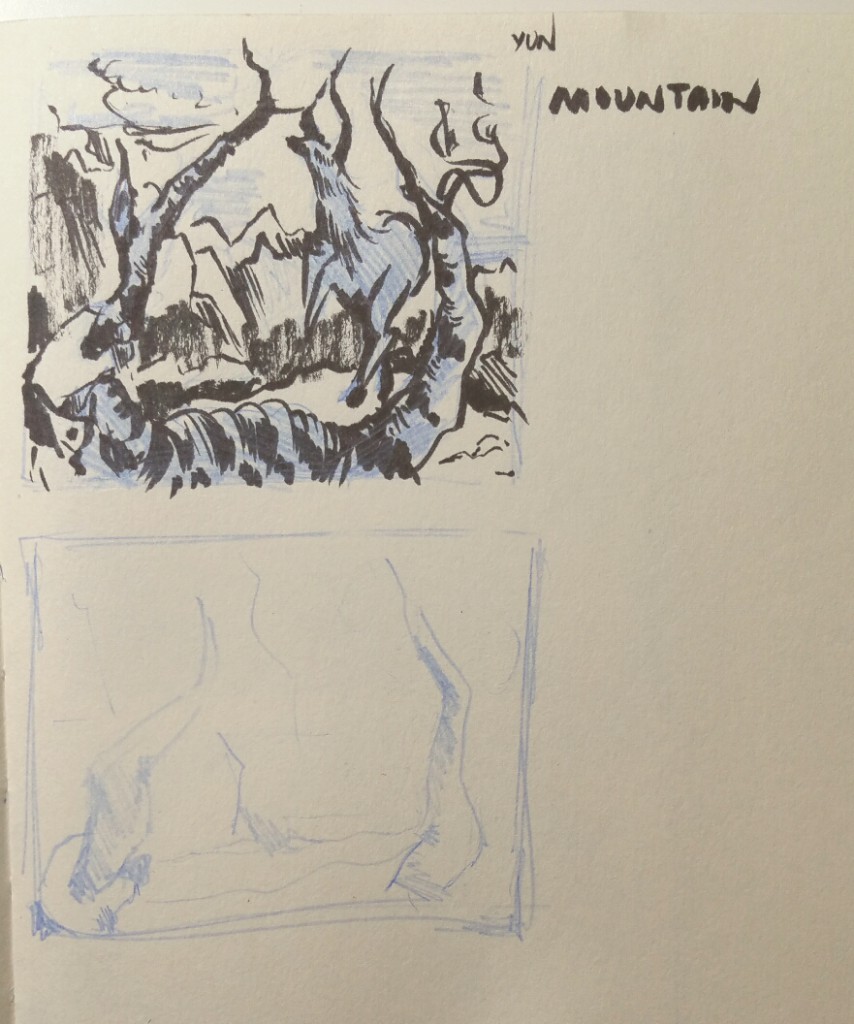 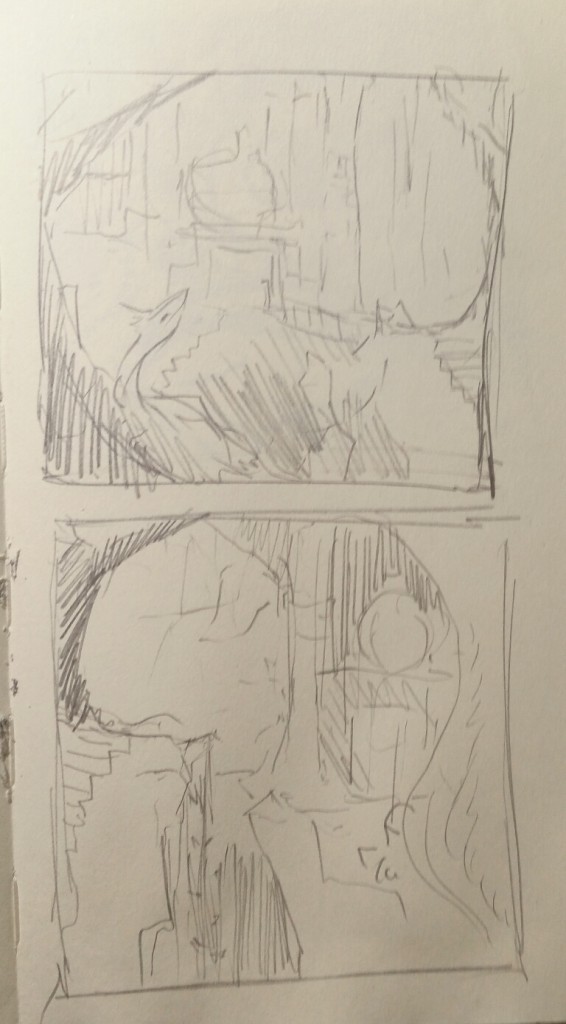 Replanning because I wasn’t satisfied with the previous composition of the Temple. 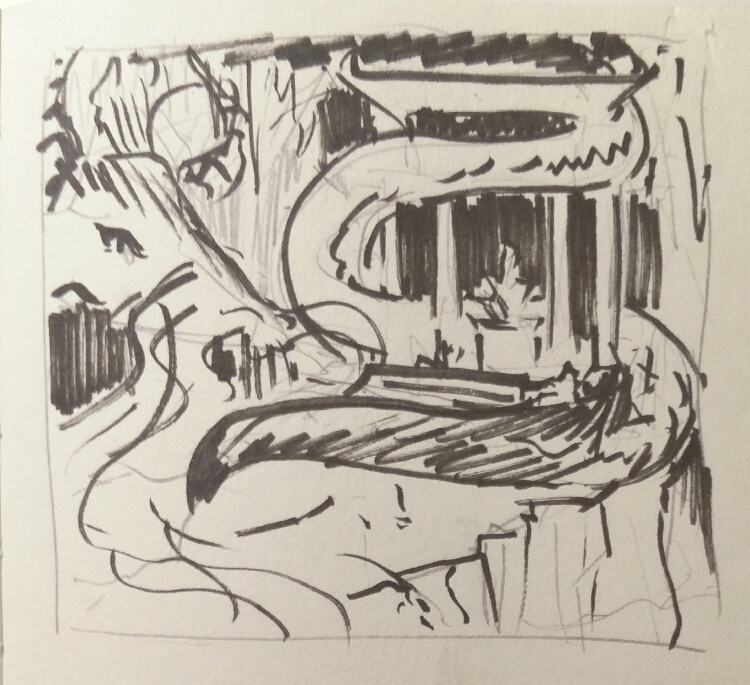 Final composition of the Temple drawing!

Following this is the full process of my temple drawing! I honestly wasn’t very satisfied with the way it turned out so I will probably be touching it up for the Zine project later on.