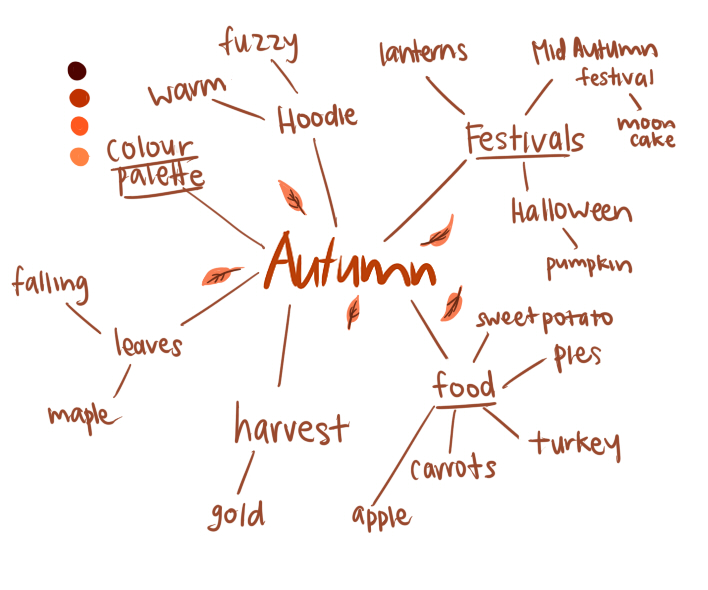 I’m really glad I got my fave season. I have an attachment to autumn not just because of the beautiful scenery but also the fact that my brother and I are both born in autumn. In fact, our birthdays usually falls in the period of Mid-Autumn Festival, therefore I would like to capture these moments in my final work.

Previously I lived overseas before and I have experienced all 4 seasons. I hope I can draw on my past experience and memory for this project.

I want to capture the essence of the mid-autumn festival. 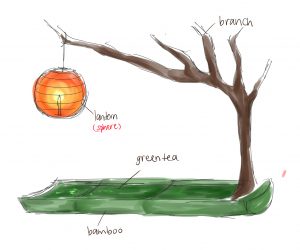 I made a rough sketch of the composition but I realised I need a better branch so I went off to hunt for one.

Initially, I wanted to show the jade rabbit which is a popular character but I felt that it might be too cliche so I decided not to.

Heres the close up for the different components I used: 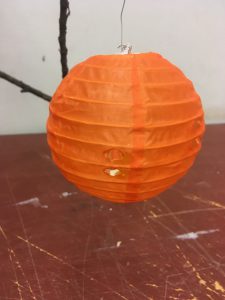 It also symbolizes the moon since it is round. It carries the meaning of being together. The circle, have no corners suggest infinity as well. The orange colour signifies optimism as well.

Fendi actually helped me pick up this lantern from Jurong Point, Thank you Fendi 🙂 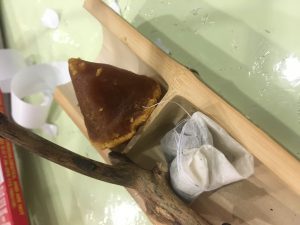 The SO: Mooncake and tea bag

I cut the mooncake into a cone. It appeared a bit awkward on its own. This made me think of modifications.

I folded the tea bag and tied it using a string. It signifies the comfort from home as the green tea bag reminds me of blankets. Especially those cotton blankets (?) people use during autumn. If you stayed in a cold place I think you will understand. Every morning getting out of bed, letting go of the blanket is an impossible task.

I assembled the different components the day before submission: 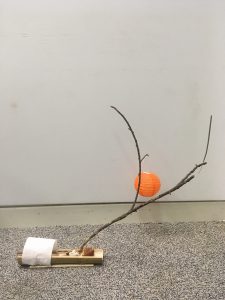 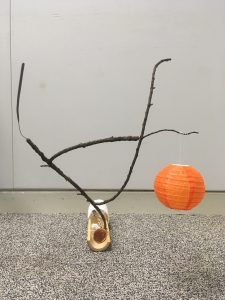 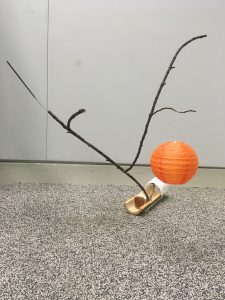 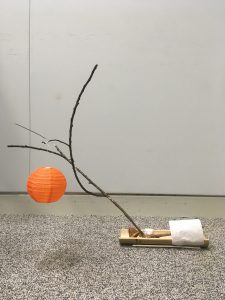 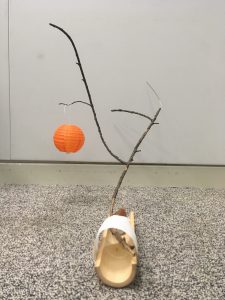 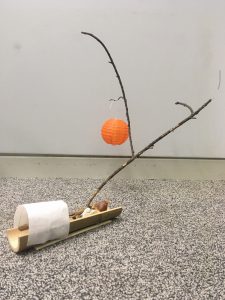 The model resembles a boat, reflecting the idea of families going on trips together.

It also suggests journey, which indirectly relates back to the story of Chang Er, which is a popular tale.

The bamboo is a symbol of virtue. It reflects people’s souls and emotions. This is especially important in my model as the festival is tied to people’s emotions and memories.

However, I felt that something was missing. Something about it was incomplete.

This lead me to add a yellow flower to the model. I plucked it right before class and added it.

Yellow colour represents hope and brightness. In addition, it resembles gold, which relates back to “the season of harvest”, or the “golden season” where wheat turn gold and fruits ripe.

I tried positioning the flower but it was difficult to control. I was afraid of breaking it.

I felt really bad for plucking it. I’m sorry flower. 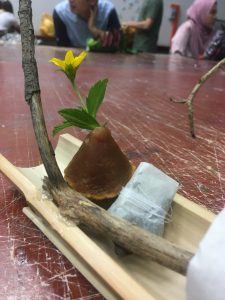 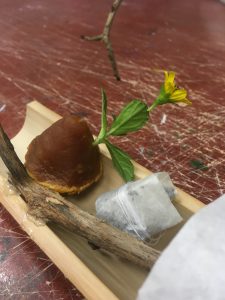 After a while, the flower started wilting, and it could not really stand on its own. My teacher helped me pinned it down nicely. 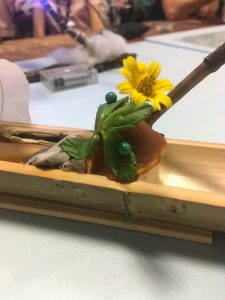 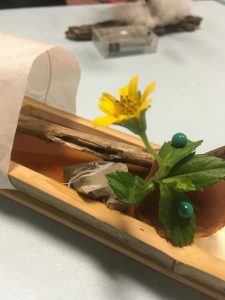 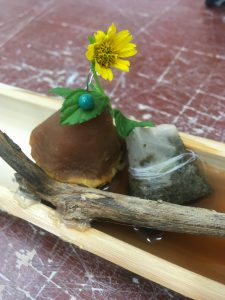 I wanted to do this partly because green tea is something consumed together with moon cakes. The other reason was that I wanted to make use of the water reflecting style. I really liked the concept of using water in Ikebana. Water resembles calmness and wisdom.

The water adds the idea of calmness and serenity to the artwork. The idea of reflective surface can be linked to mirrors which can be used to symbolize illumination, wisdom and consciousness. It also represents the idea of truth.

Thank you, friends, who helped me during presentation!

The lantern looked beautiful. The gentle glow adds a touch of

The gentle glow adds a touch of softness and creates the right mood and atmosphere.

After class I went to light up the sparkle:

It adds the last touch to the entire model

Thank you, Hannah, for helping me 🙂

Some more photos (taken on the day of submission) 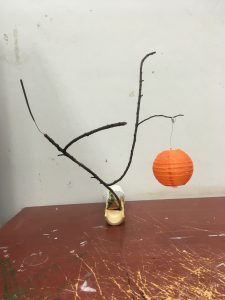 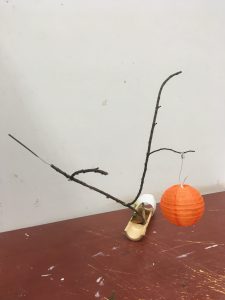 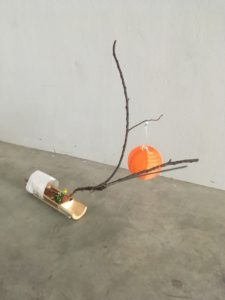 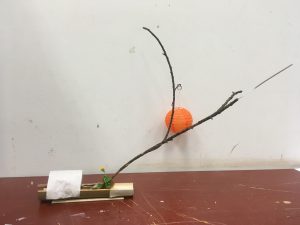 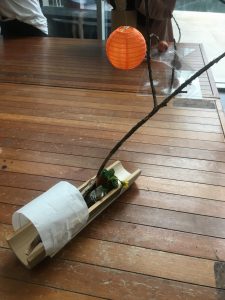 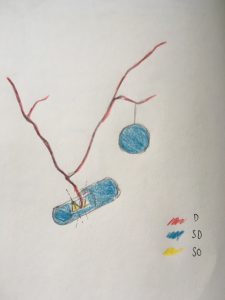 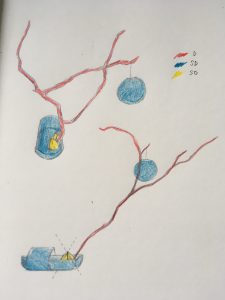 I learned many things during this project.

Theory aside, I learned to work with what I have.

I had fun making it in school with my friends.

Thank you everyone who helped me along in this project!