I was stun for a moment as I opened the strip of paper.

After clearing my mind I went back to the basics to understand the term.

Magic is something unexpected. In a way it is trickery which misleads the eye. However, Magic also has the element of surprise. It can also be illusional, creating delightful surprises. With that in mind, I embarked my journey into my first 3D assignment

To me, making things that float was considered magic. Defying gravity and defying reality. Magic in a way embodies the ideas of fantasy and imagination. 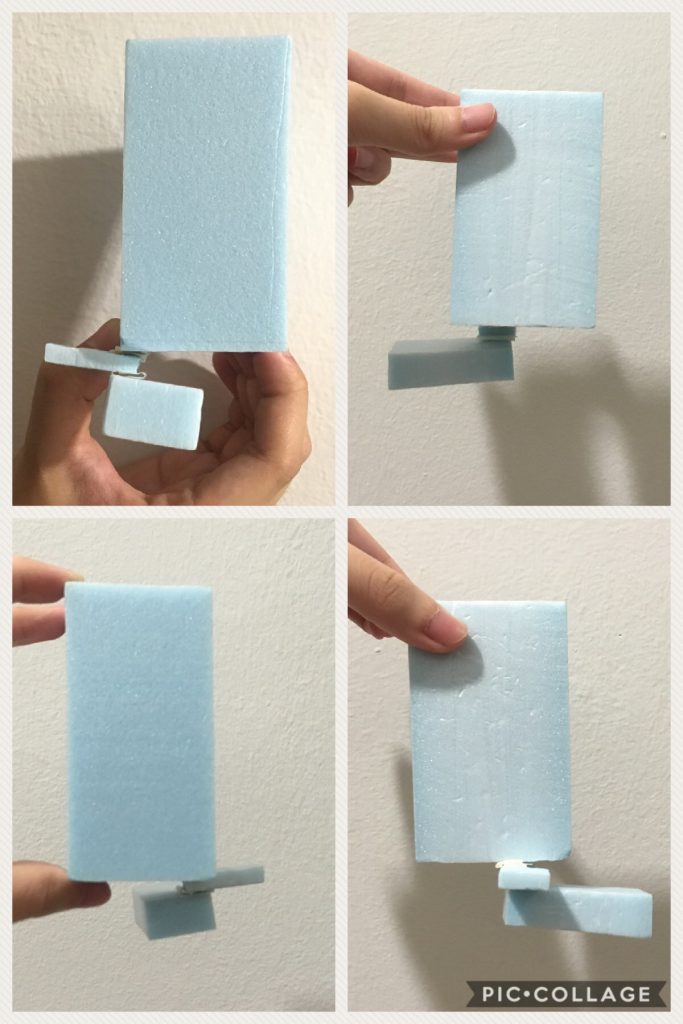 I borrowed Shimin’s hand to take these photos. With my lousy photo taking skills

I liked the composition but i was still uncertain how I should really make use of the foam boxes. 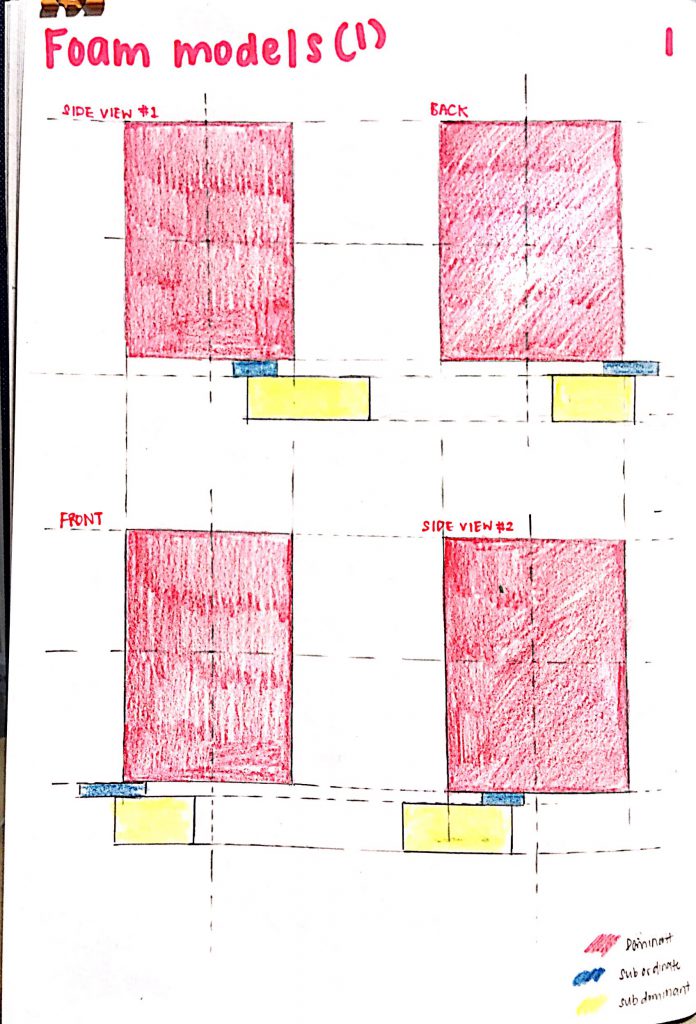 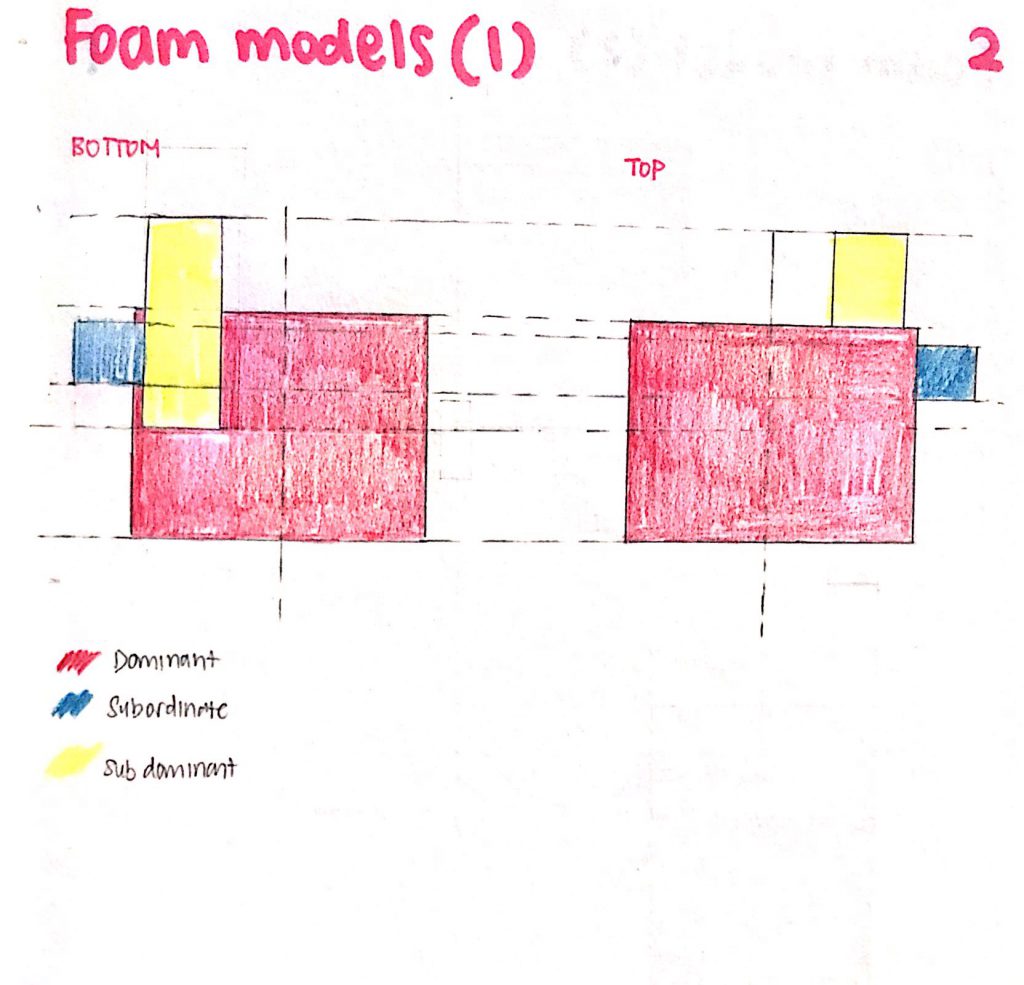 After I drew out my 2D sketch I realised how SIMILAR the lengths are. I made a mental note to change the dimensions to make sure everything is different. 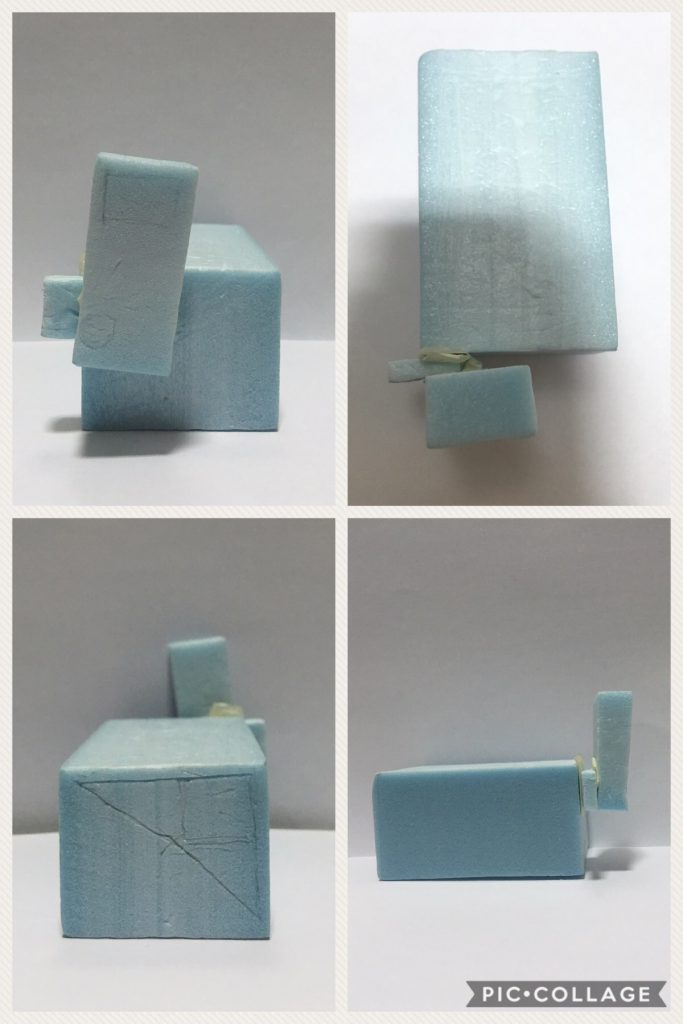 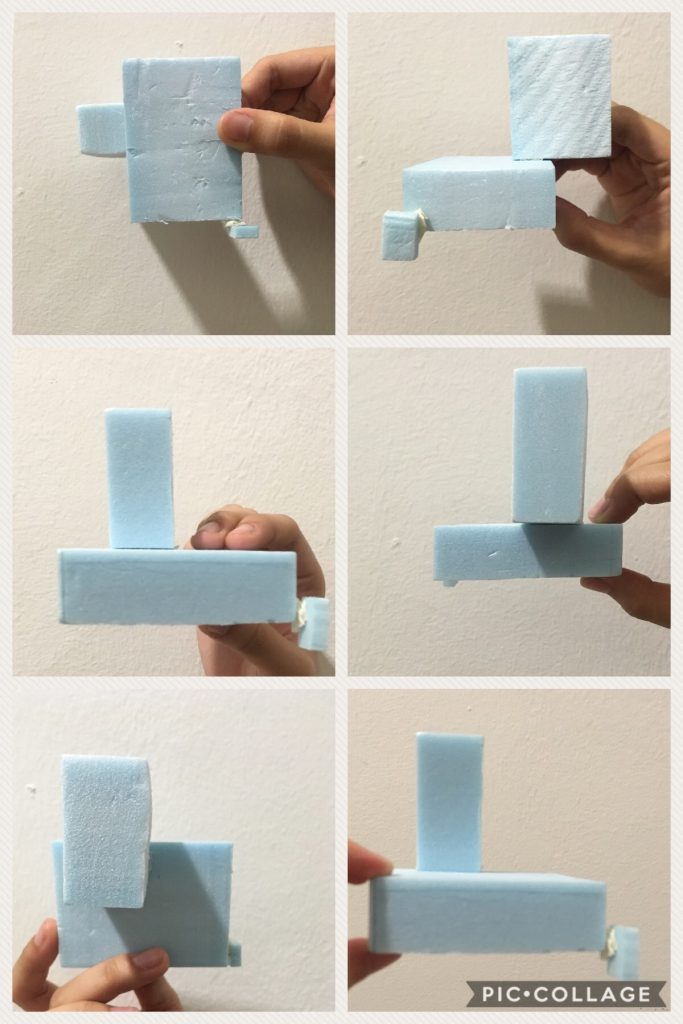 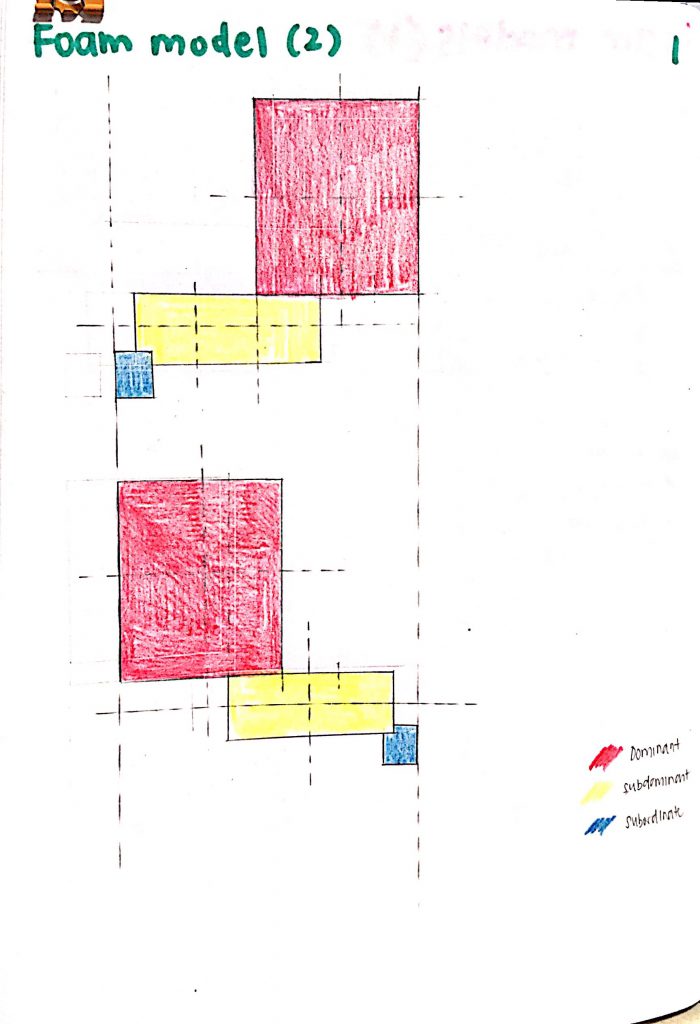 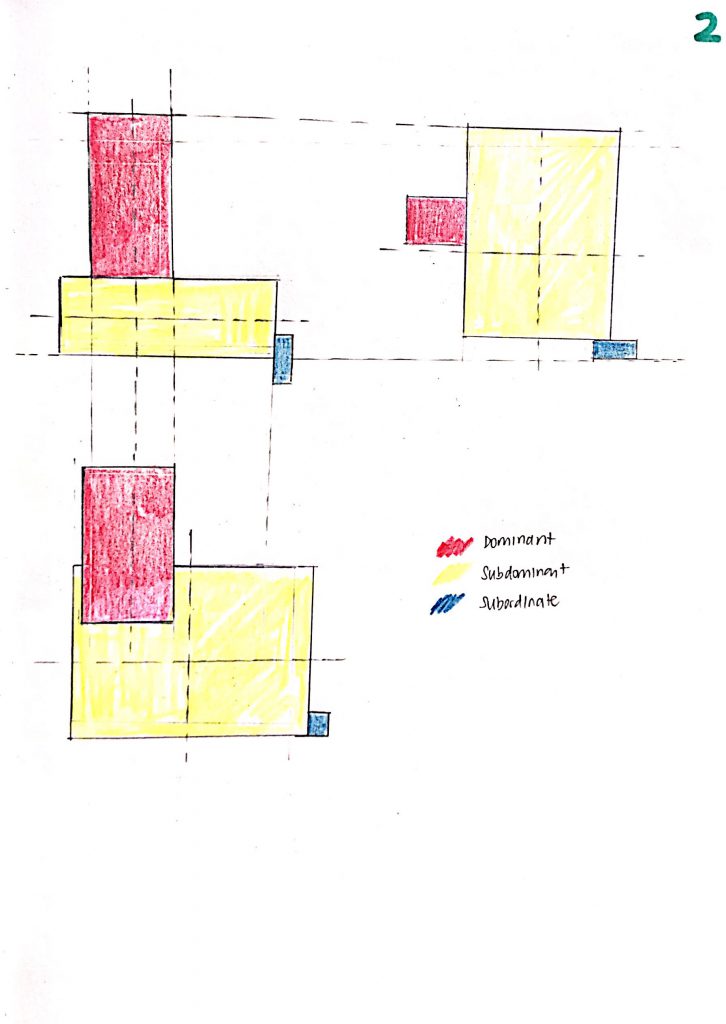 I really disliked the second one. It felt that I didn’t really express magic and was just trying to piece something out. Not to mention, the D, SD, and SO started getting messed up. Especially the SD and D was very confusing here. I want to throw this idea away entirely and come up with something else. In order to find out how to make things balance I even went to try calculating the moment caused by the different parts of the model.

The clockwise and anticlockwise moment caused about the pivot point must be able to cancel out and balance each other so that the model does not topple. If the weight is not distributed properly the perpendicular line passing through the

Although I can perhaps use a clear rod or plastic to support the model in the end, I really really want to make the model in a way that it can float on its own. Hence magic. If not it won’t be magic anymore.

As I considered the different materials such as magnet,

In class, I found out that Zhen Qi got the word Levitation. Magic and Levitation is not the same thing!

There has to be a difference between our models. Realising that my obsession in making my model float was not enough, I started thinking.

Magic can also be spells and illusions. Levitation is like a sub group, part of Magic. I have to do something that adds that magical touch to it.

I stared blankly at Zhen Qi’s OSS post for quite a while.

Then it hit me.

I need to cast a spell on my audience!

It is a kaleidoscope which has a sliding switch. After sliding open the switch, one can view into the square shaped hole to see the reflective surface.

I used a silvered surface paper instead of mirror because I do not know how to cut a mirror. In addition, there’s the superstition that if you break mirror u will end up with up to 9 years of bad luck. Therefore I didn’t use mirror.

I am not sastified with the outcome but it was borderline to meet the mimnimum. At least it does reflect light and can function as a kaleidoscope.

The only thing I was really glad about was that the switch works. I wedged the switch onto the popsicle sticks.

To make sure it really works I used tape on the surfaces in contact to reduce fiction.

Heres how it looks: 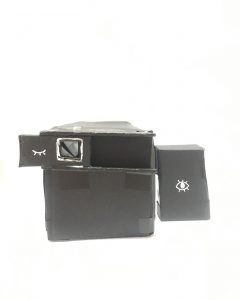 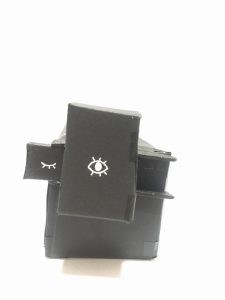 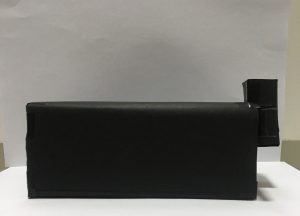 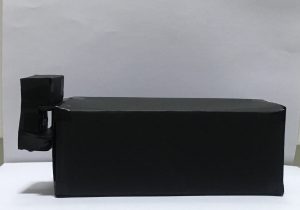 Others: Popsicle stick for the Slide 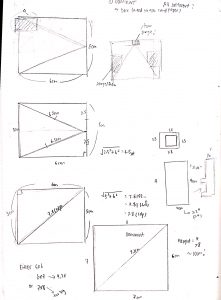 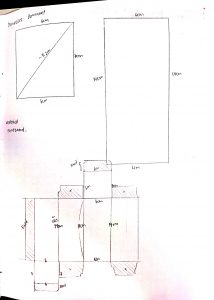 I sketched out the rough dimensions to roughly plan out what to do.

I also did a sketch for the wrapping I planned to use for the domiant part of the model.

I tried very hard to cut the small window for the kaleidoscope. 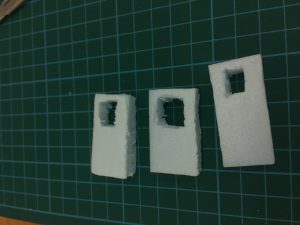 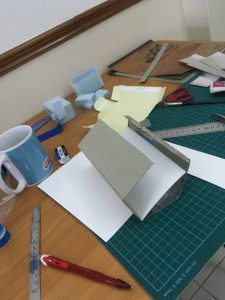 Trying to arrange the reflective surface: 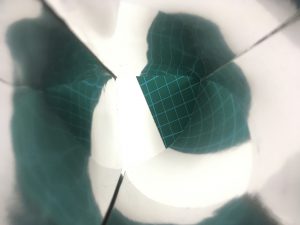 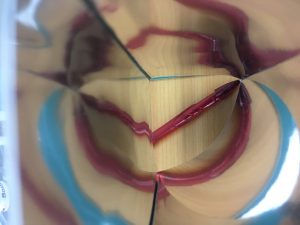 I realised that the narrower the telescope, as in the smaller the triangle, the more interesting the image formed on the reflective surface. Therefore I decided to make a small and long kaleidoscope. 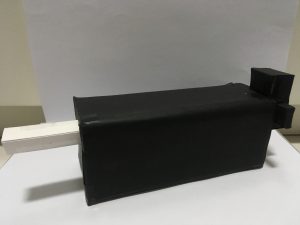 This is an adjustable lens so that the user can interact with the model. 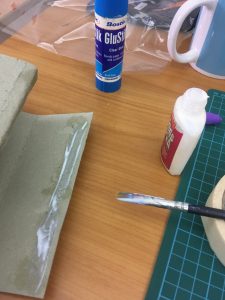 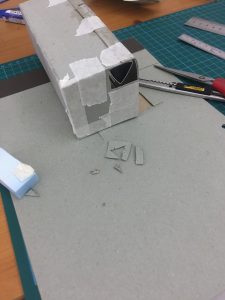 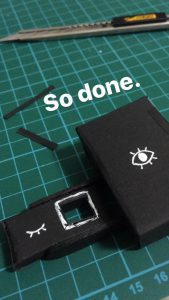 The process was long and painful but at least the outcome was fascinating. 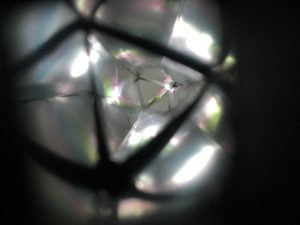 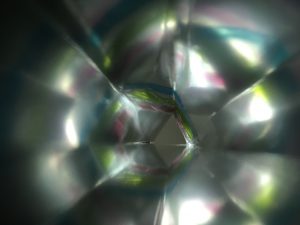 It is a kaleidoscope but  it appears like a camera. In a sense this is trickery.

Just like Magic, it’s kind of like a trick. And honestly I think when people first see it they would not even think that its a kaleidoscope.

The eyes I drew on the model adds a touch of uncertainty and gave it personality. Other than being mysterious and cool it also symbolizes what the user has to do to use it.

Literally open one eye and close one eye.

The possible uses of this model would be telescope and camera. After all this model involves the use of eyes.

I had alot of fun (?) making the final work. It turned out working and stuff but there are still areas for improvement.

The D, SD and SO should all have different shades of black or different textures. I should have used shiny black paper for the SD now that I think about it. My teacher commented that the kaleidoscope lens itself was abit narrow, she commented that it would be better if the whole box could be seen and made use of. Like the lens could have been dialongal.

I guess I’ll try and see if it works.