“Can someone tell me why I am always redoing lol (cries)???”

I wanted to use this idea of ” I became a rabbit”, something along the lines like Alice in Wonderland but I don’t fall into holes

I went to film with a friend but some stuff did not work out.

As in, I felt that what I was doing was not “me” anymore. 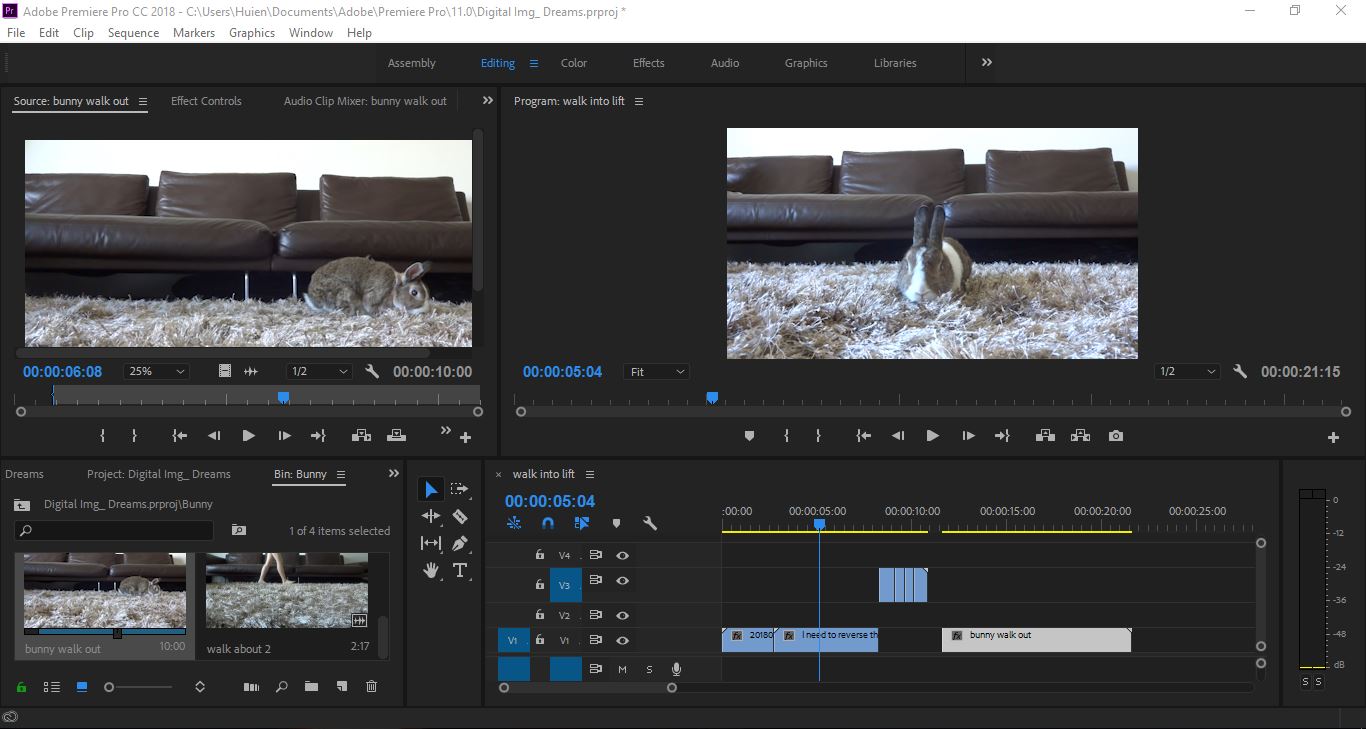 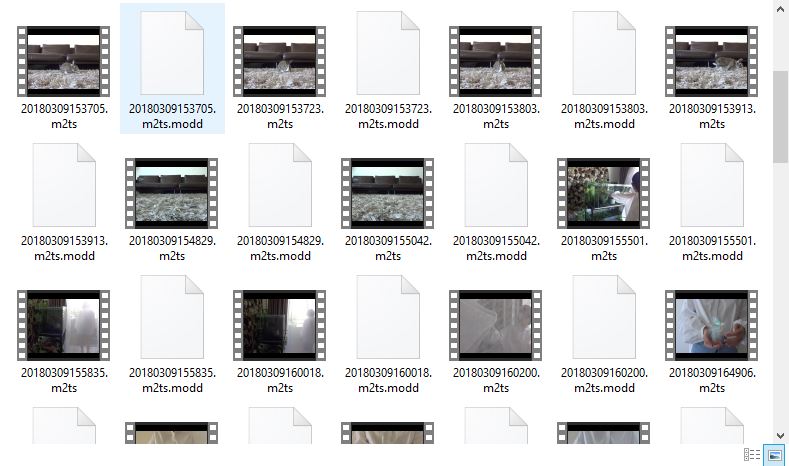 It took me a really long time to film the bunny but I don’t really like the outcome.

I think it lost my personality and it isn’t really mise en scene…?

It’s not the bunny’s fault but something felt very off. 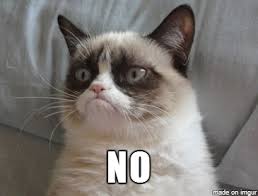 I just didn’t want to continue at this point.

Anyways, my understanding of Dreams is also something very abstract.

I think Dreams are things that exist but without a form and is ever changing.

Thus when I try to capture existing creatures or events it no longer expresses what I feel about the idea of Dreams instead.

And from a personal view when i think of the word Dreams, it’s either nightmares or changing forms.

I don’t want to touch on the idea of nightmares because the nightmares are recurring ones and it is very personal to me.

… So I went to execute something else lolol

I’m doing experimental film that looks at ink motion so… I went to find some photos that’s relevant. 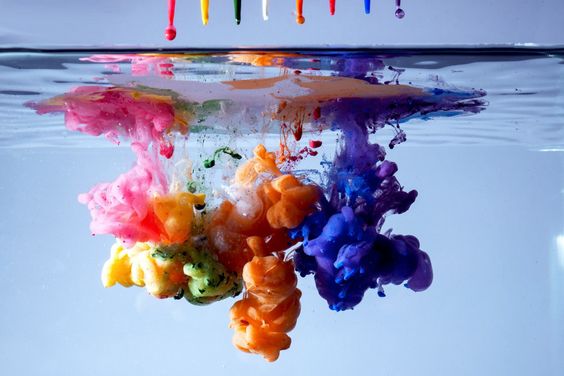 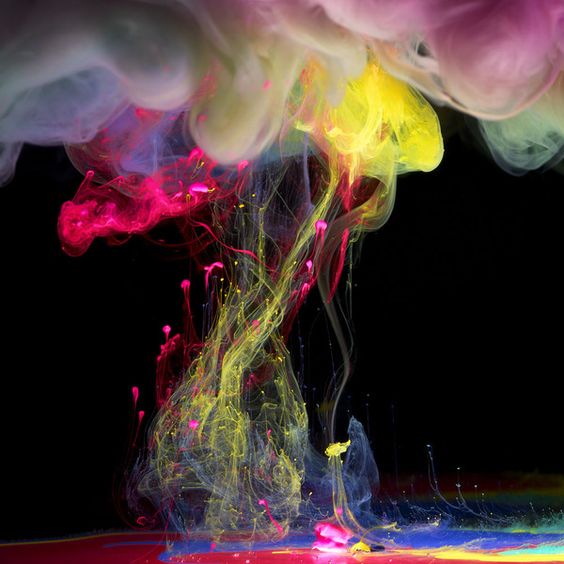 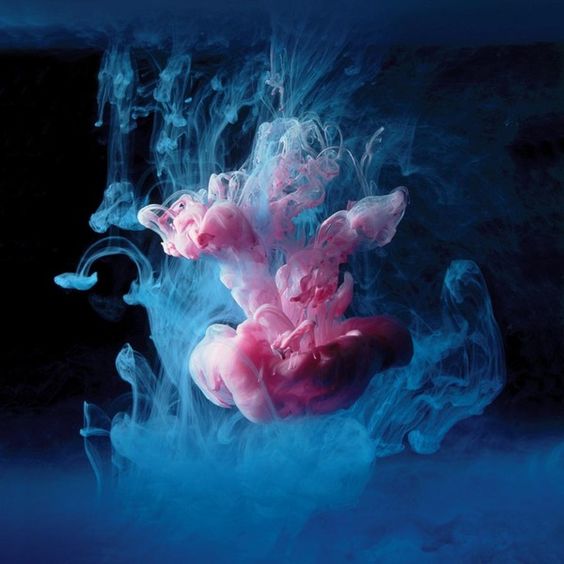 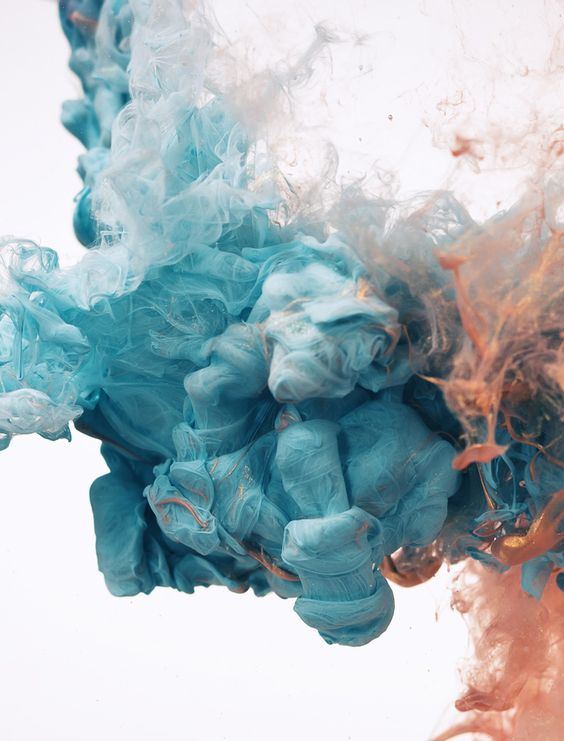 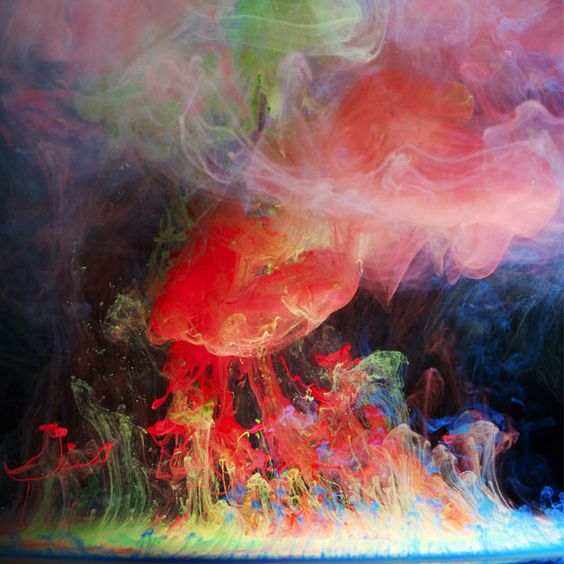 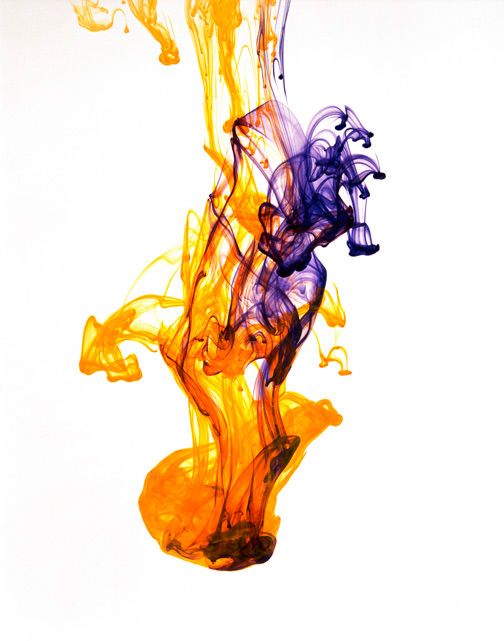 At first I was alittle unsure how to storyboard the idea.

Anyways I thought through and realized what I should work on.

I tried to stick to more primary tones since the colours are going to mix later on. I went with watercolour ink instead of acrylic ink because it can create a more translucent look.

I decided to use turquoise because I think it is a magical colour to me. It creates this fantastical look.

I can only roughly plan out how I want to edit it, since I can’t control ink motion but we’ll see how it goes. 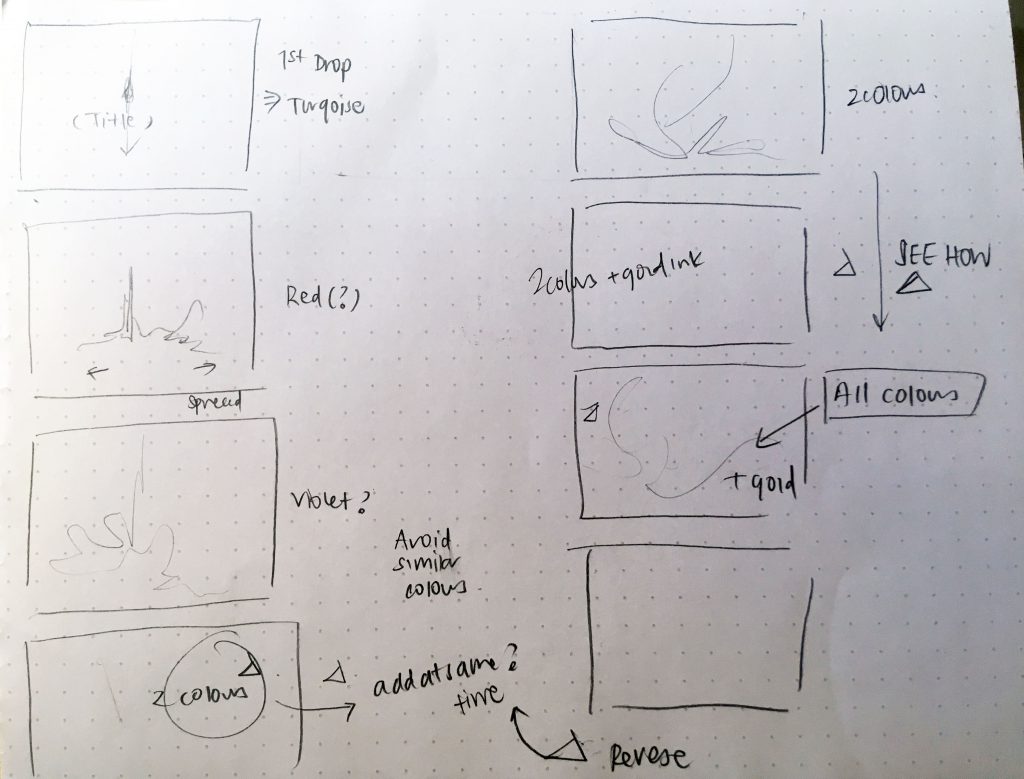 but they were part of my planning 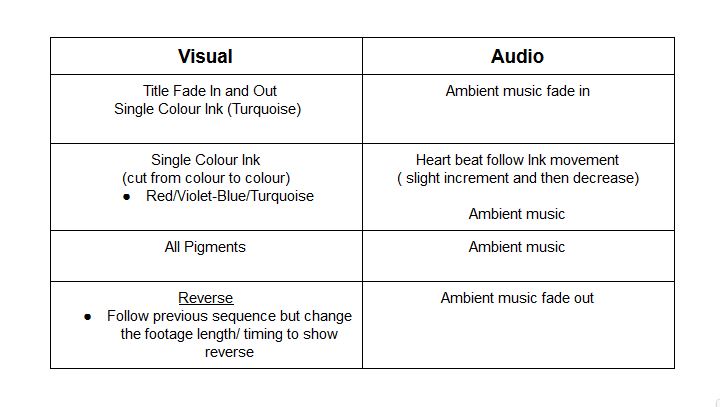 I also used a case and my phone as the ‘tripod’ so that the camera is set at the right height. 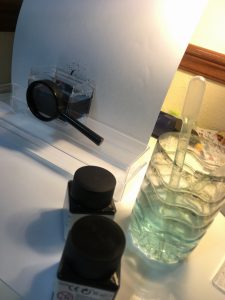 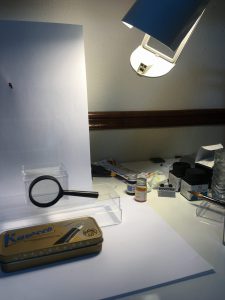 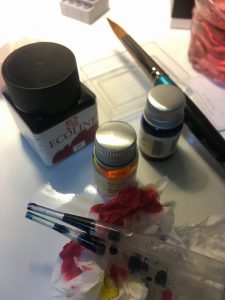 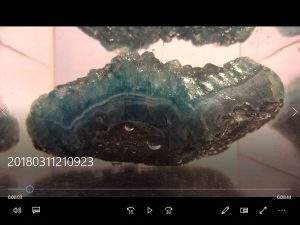 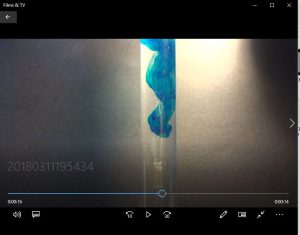 I experimented with some stuff. Including placing crystals and using test tubes instead, but in the end these were not able to create what I was looking for. 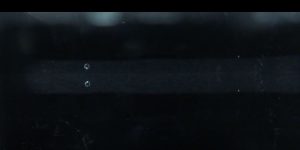 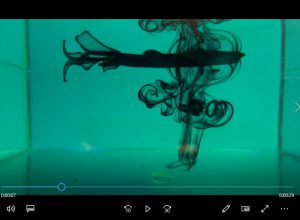 I also tried placing ink in colored water. It just changes the colour of the ink all together so I decided to just go with clean water. 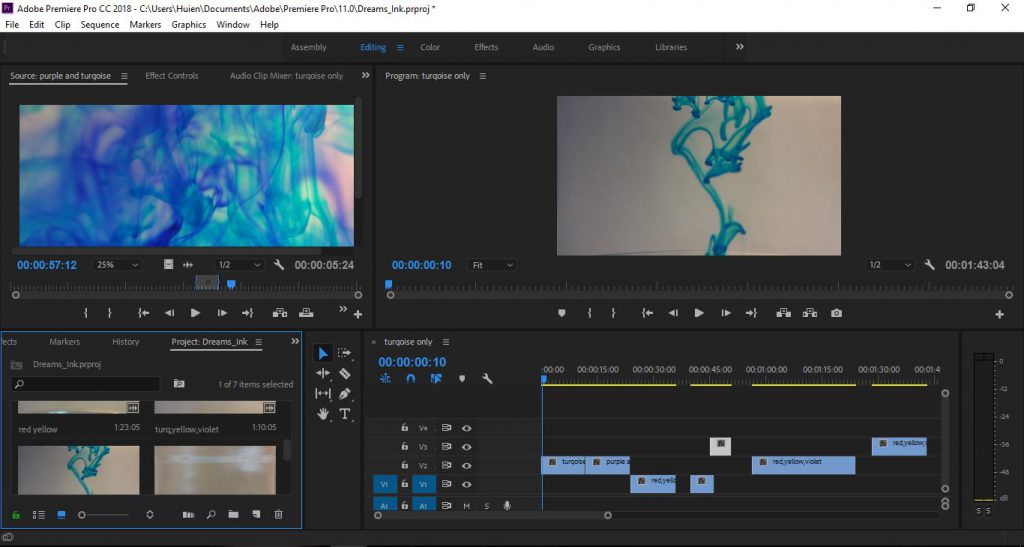 I realized later on the lighting was terrible so I went through a bunch of editing.

I tried recording by putting the zoom super near but it does not work this way apparently.

I went to drop random things I see around the house but nothing sounded like heartbeats.

While the tennis ball sound was softer but It just did not sound right.

So I had to use the royalty free sounds.

So initially I was very optimistic (and excited) and I thought I can just mix my own music….

Things did not work out. The music just fails to enhance the video.

In the end I resorted back to using soundtracks that were already made.

(reasons why I’m not a musician)

Adding Titles and touching up the footage 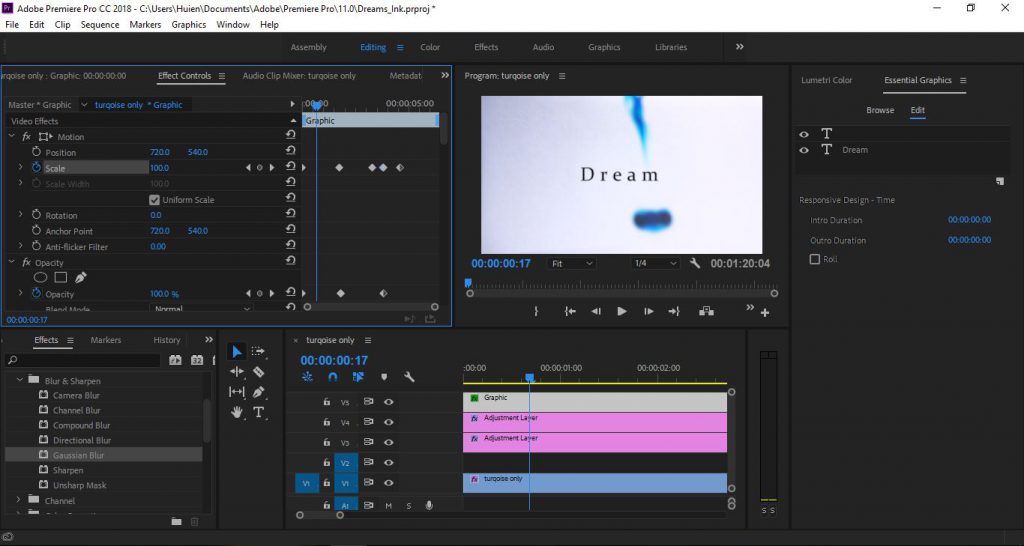 I think you can’t see in the screenshot since its kind of low res but then I found out that the texture of the container I used was also captured and it gave the screen this very “glitchy” look.

Its like the television glitch thing. I can’t say its not obvious but I’m bothered by it…

During the entire editing process it appeared fine on screen because the video screen was much smaller so I did not realise at all.

The exported audio had a glitch somewhere near the ending but there wasn’t any audio transition at all.

I went to google and they told me the previous version had this issue.

and I’m using the previous version.

I shall try to save it by applying filters.

As for the audio If I dunno if finding a replacement helps or I should edit the video that I exported (????)

After -Dunno how- many times I exported

Har. I realised I exported wrongly HAHA thats why it looked weird so it had nothing to do with the tank…

I went to google how to export properly…

(Linked it in my description for YT)

I am finally done… I learned many many things in this project. I am amazed that I know how to use the very basics of premiere pro… I also learned that editing is an entire world of creation and possible angst.

Half of the time i was just googling and researching about techniques, and the software itself.

At least I am done with it

I guess I had fun though!

Watching the ink interact with water is fun and shooting is fun until editing starts.

Anyways, I realized the importance of proper planning. Storyboard-ing and Script writing help guide the progress even during editing.