Prof Henry gave us some time in class to think about the assignment.

So I ran through a list of fairy tales and fables that I could remember, and decided to use the story of Snow White just to try out. 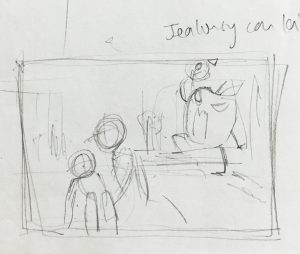 The apple became huge and went around stomping and destroying everything.

…I don’t know why I came up with this.

IDEA 02: People out there are far worse 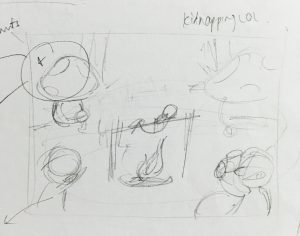 Snow white being roasted physically by the 7 dwarfs.

Prof Henry asked me why did they do that.

I have no idea either.

My friend called me a savage after I consulted her about the idea. 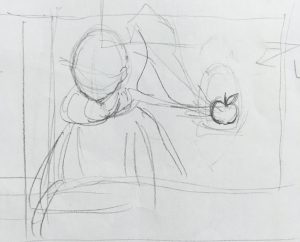 The person is supposed to be the queen, and the shadow casted by the apple strangles her.

The mirror will be drawn behind smiling evily.

But this seems so boring.

Some random after thoughts:

What if the seven dwarfs used snow white for illegal organ trafficking?

I think fairy tales don’t really have a clear message, there are no clear cut moral significance involved.

Other than twisting the story line, there is no moral lesson to twist or challenge.

Then I decided to shift my attention to fables.

001: Research and Choosing the Fable

My own reflection: Lord of the Flies, secondary sch literature text

Keeping in mind that Prof Henry said that we are supposed to “draw on the existing knowledge of your audience”, I decided to go with more famous Aesop fables.

The boy who cried wolf

It is a story that shows how lying can cause you to lose other people’s trust.

In the version I read when I was the kid, the wold gobbled down both the boy and the sheep.

Keeping in mind that value plays an important role in this assignment, I went to look for tutorials.

I re-watched it several times to understand how shapes, values create depth and set the mood right so as to convey the story.

Description: The boy pointing at a normal sheep while the rest of the herd are full of sheep with fangs and looking monstrous. The adults walk away looking annoyed.
So instead of the boy crying wolf it is now the boy crying sheep (lol).
My intended message is that the boy is trying to go against an established norm by attempting to point out the realities to them, but the adults don’t believe him. The adults have a preconceived notion: to them, their monstrous looking sheeps are what that is considered normal.
And also the idea that people usually get afraid of things which seem different. In this case although there is a innocent lamb, the boy appears frightened when the rest of the herb looks scary.
Feedback:
Composition needs improvement. The creepy sheep should appear threatening in a subtle but also clear manner.
Prof Henry commented that the arrangement of the creepy sheep may help me create the correct mood thus I gave it some thought.
I also consulted some of my friends as well. They gave me similar comments.

I went to google for creepy sheep herds 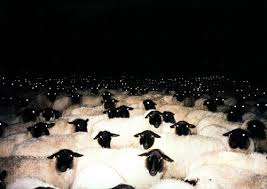 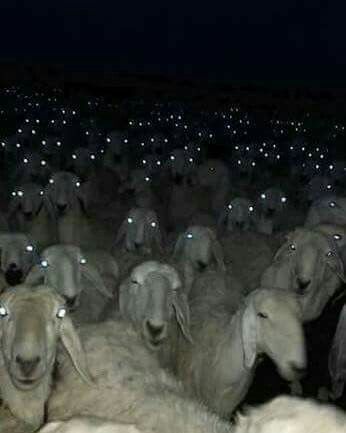 Summarize in one meme: 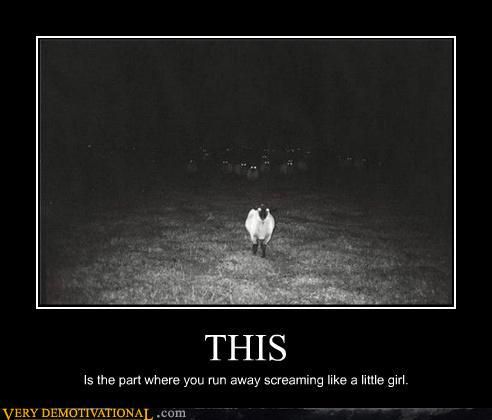 Basically I should play with the black and white and give it a haunting atmosphere by making the creey sheep have black skin and eyes that glow.

I was also thinking of using a darker tone to create the look of blood on the sheep as well. Maybe not all sheep have it but some.

I started off sketching in SAI because i’m more familiar with this painting program. 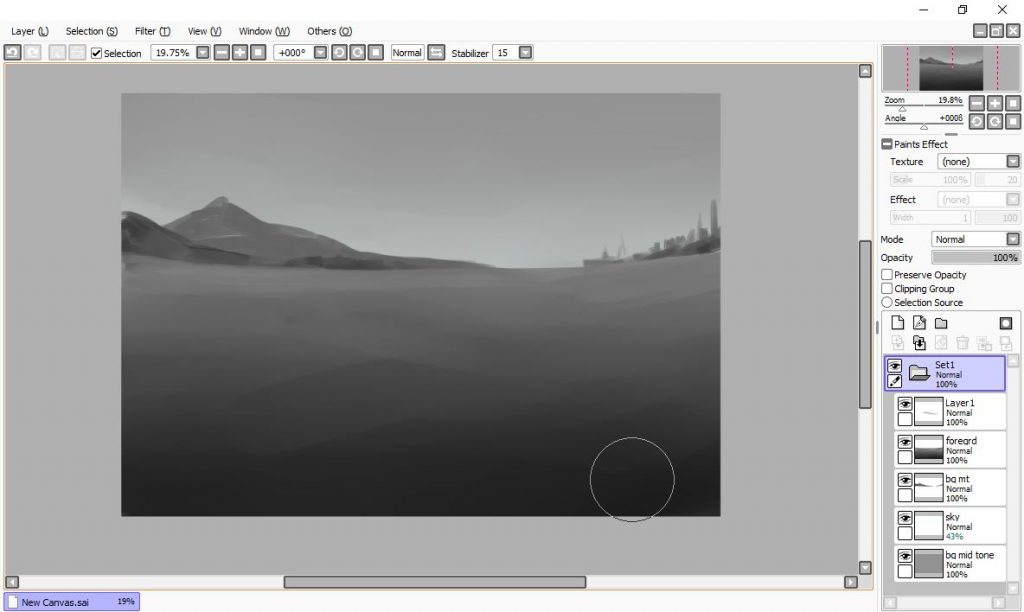 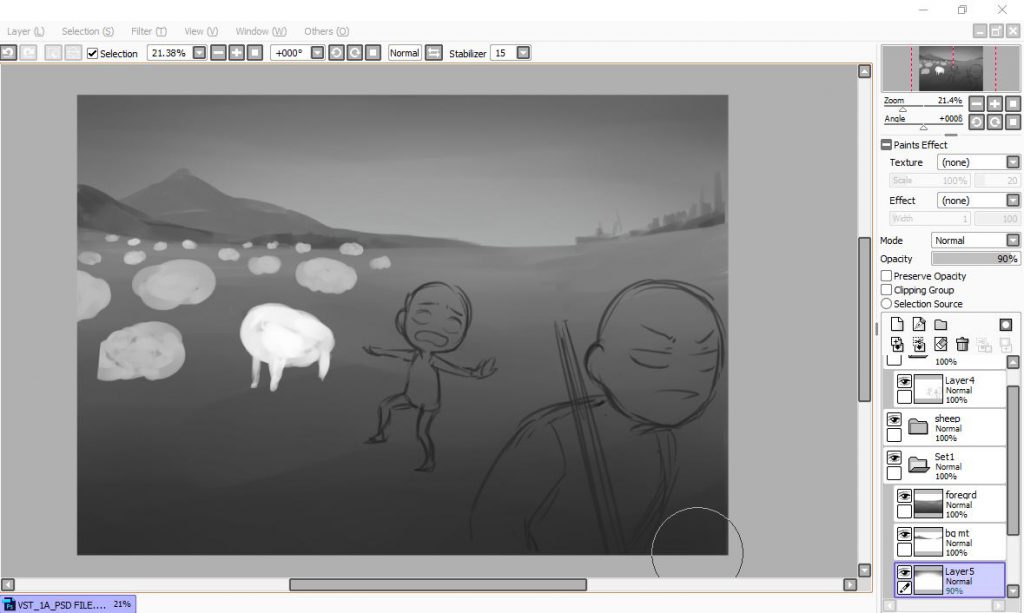 Toggling back and forth from SAI to PS. 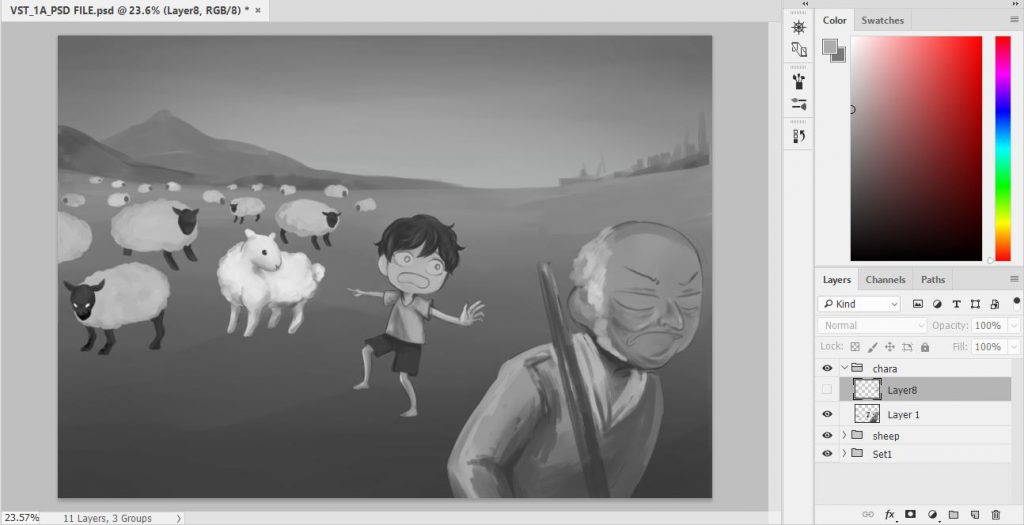 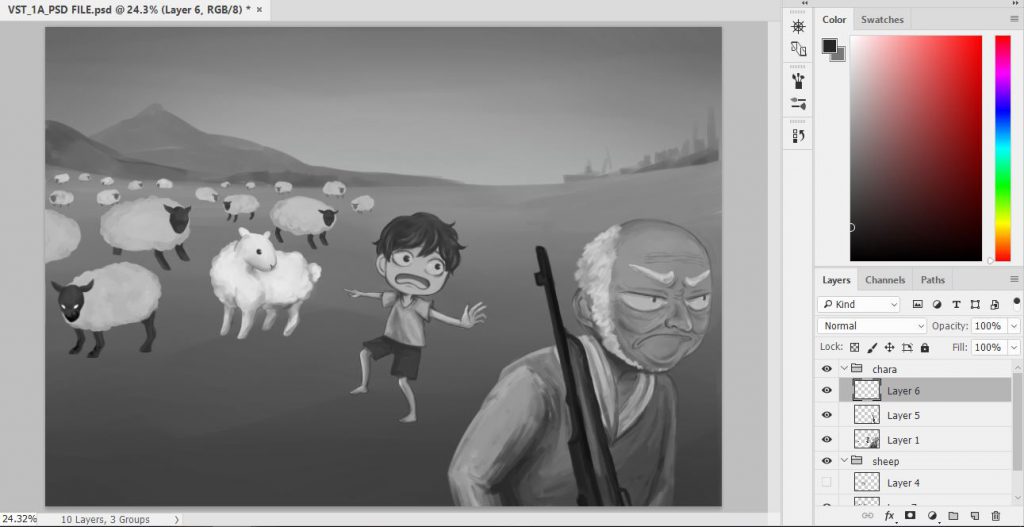 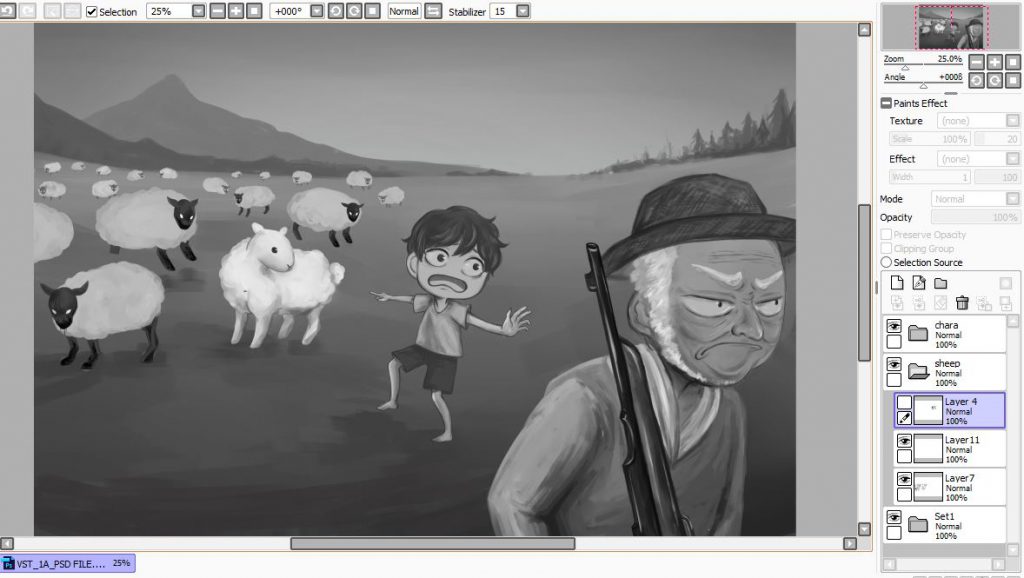 I used black to imply the idea of blood stains inorder to make the sheep look suspicious. 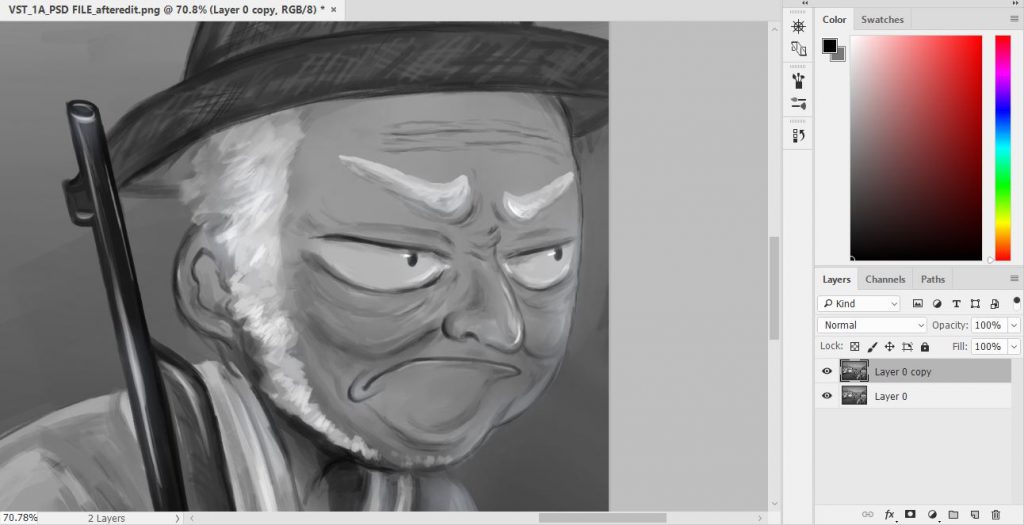 Had fun adding the details but later on I realised that people might not see it after it gets printed. (sad 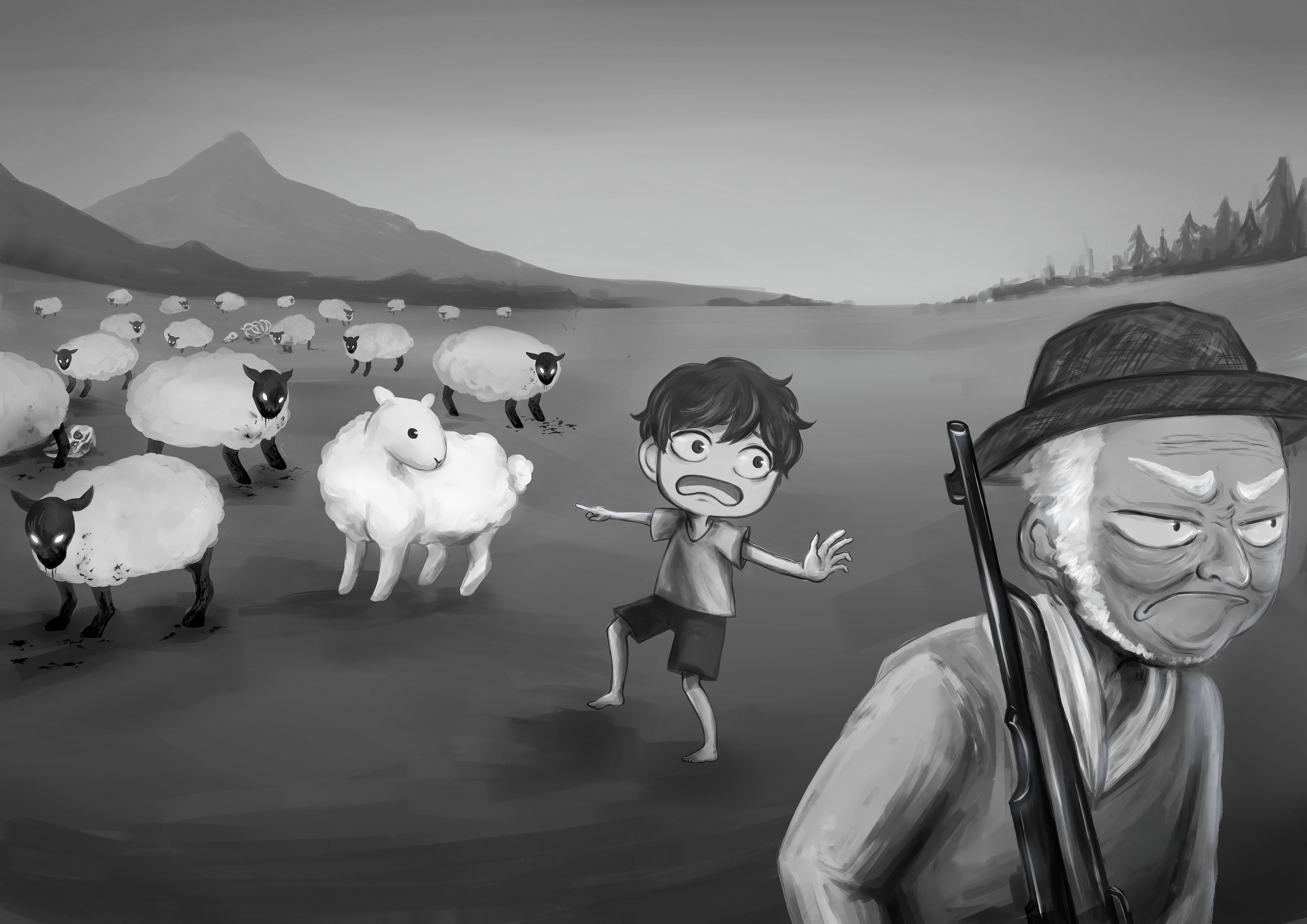 I rearranged some sheep in the background and added stains to their fluff as well.

In addition I hid some skulls within the herd.