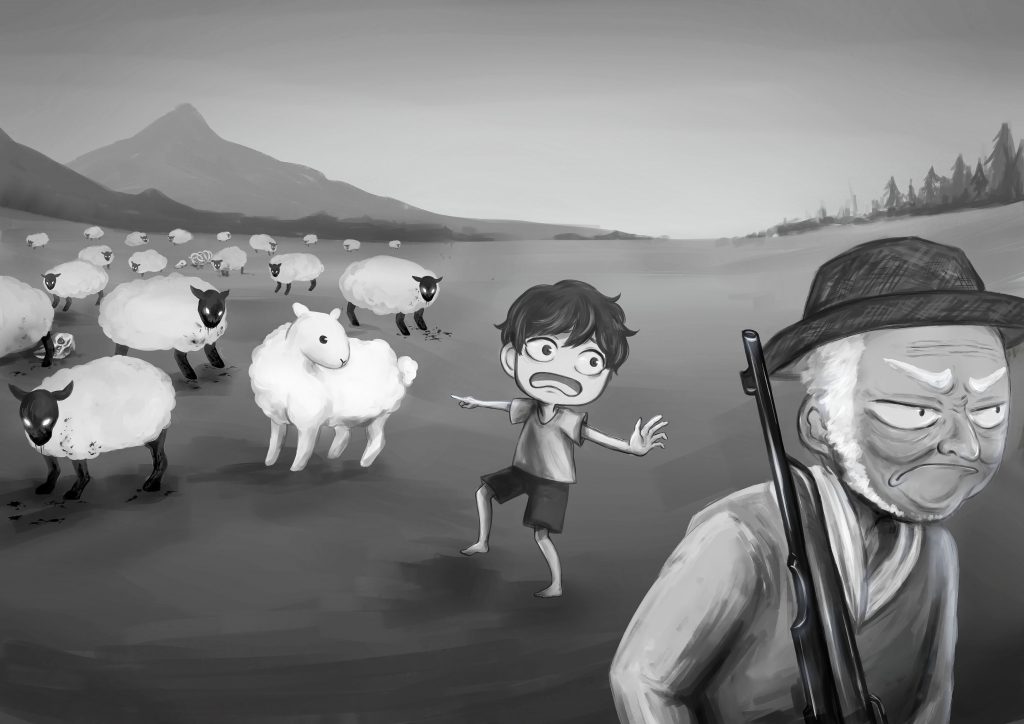 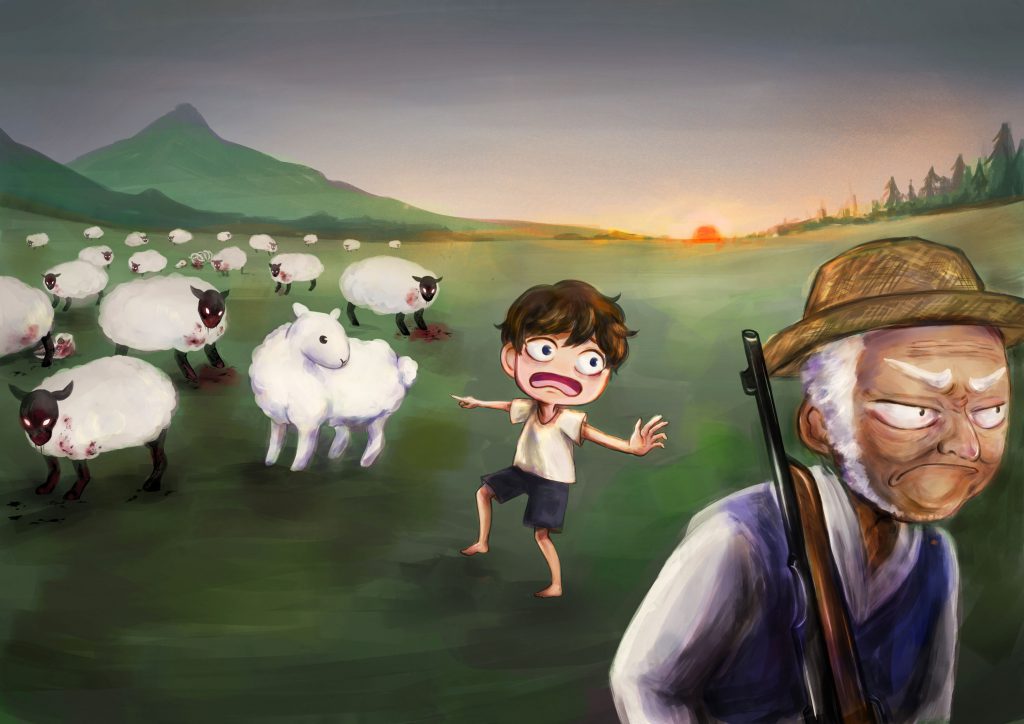 I kept the overall image dim. I wanted to set the correct mood.

Initially I wanted to try using a light blue for the sky, but I then realised that it will not set the right mood so I decided to use a sunset setting.

This 1st image is to establish the settings and the mood. It is where I introduce the characters, the boy and adult as well as the 2 kinds of sheep.

The purpose of panel 2 is to continue the story.

Thus I thought through the possible outcomes: 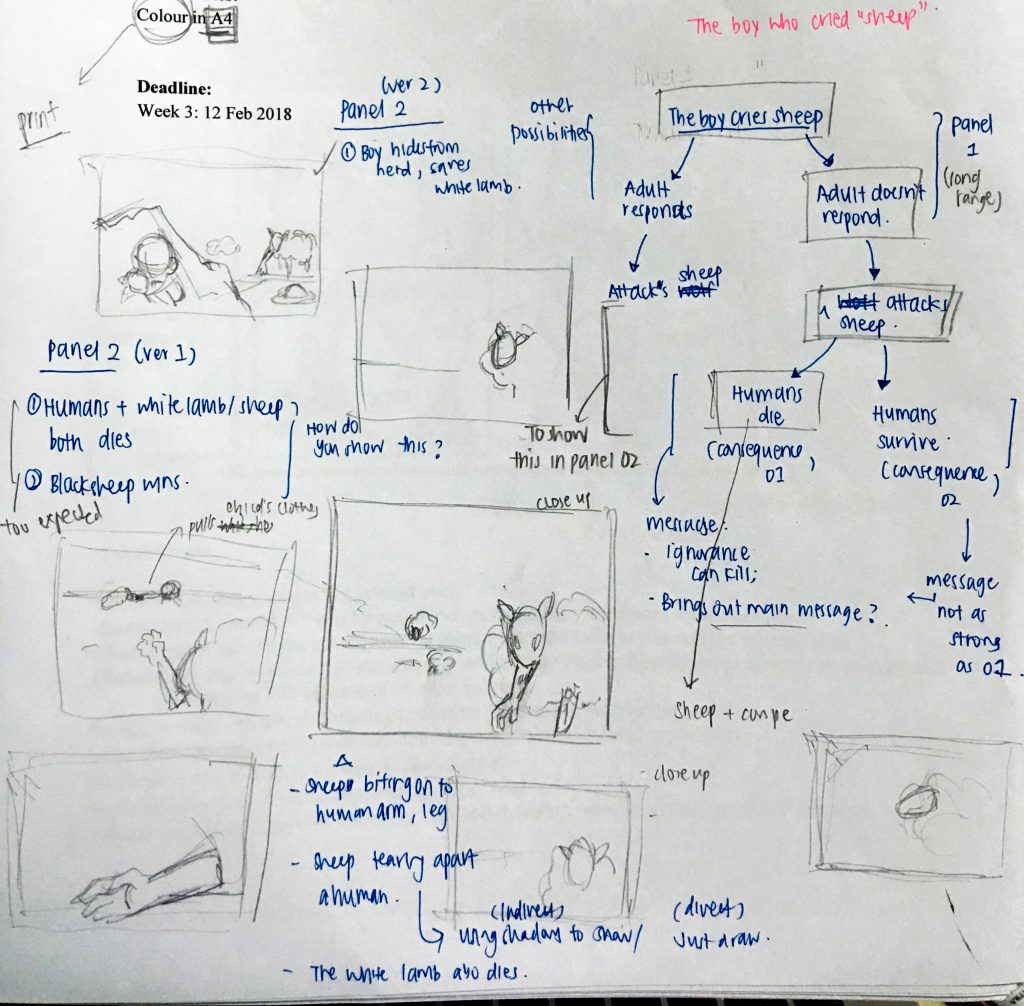 In the end I decided if they just all get eaten it’s going to be boring so..

Only the adult gets eaten since he ignored the boy. I wanted the continuity from panel 1 so I made the kid wear the same shirt and shorts.

The white sheep clearly isn’t supposed to know something is wrong so I gave it a happy face which contrasts the boy’s worried look.

To show that something happened to the adult, I drew his hat tattered and on the floor and gave the sheep part of an arm.

So in short what I used here: 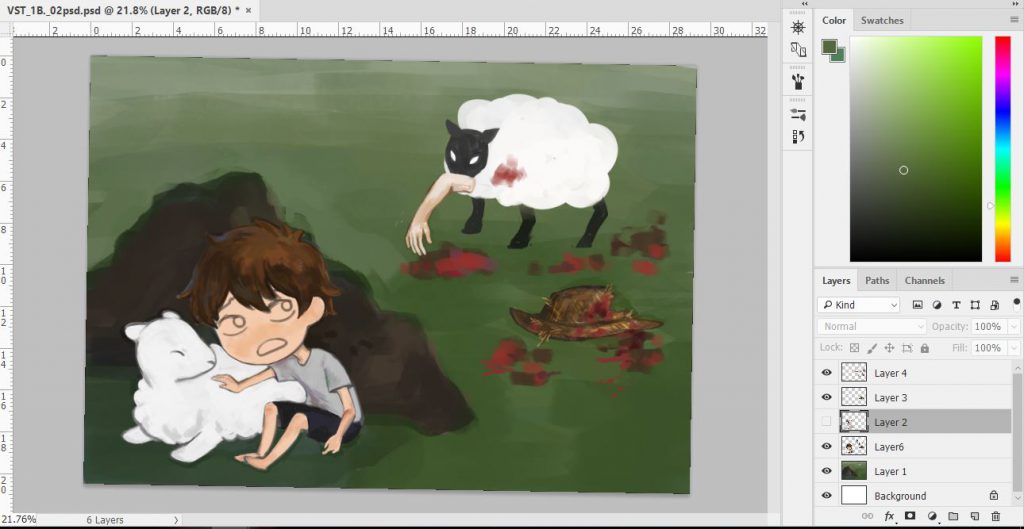 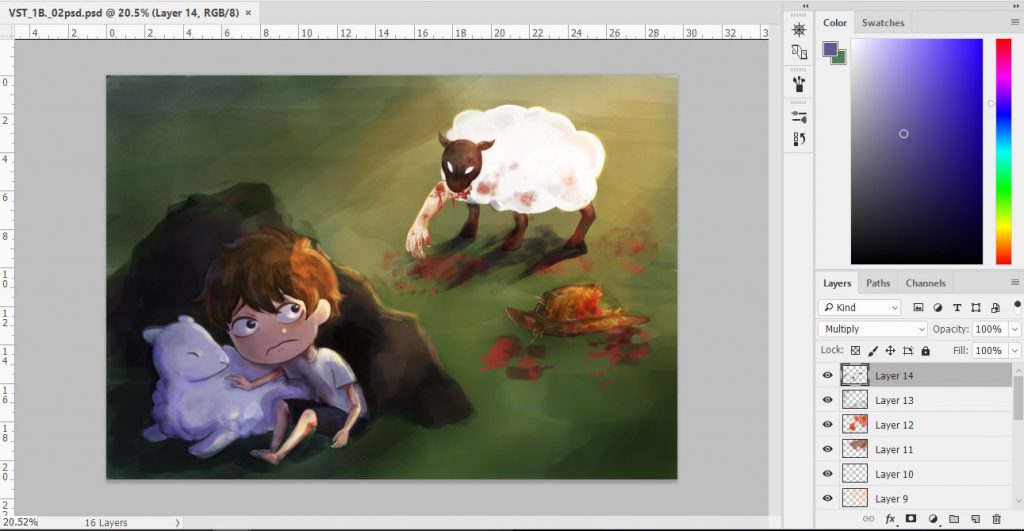 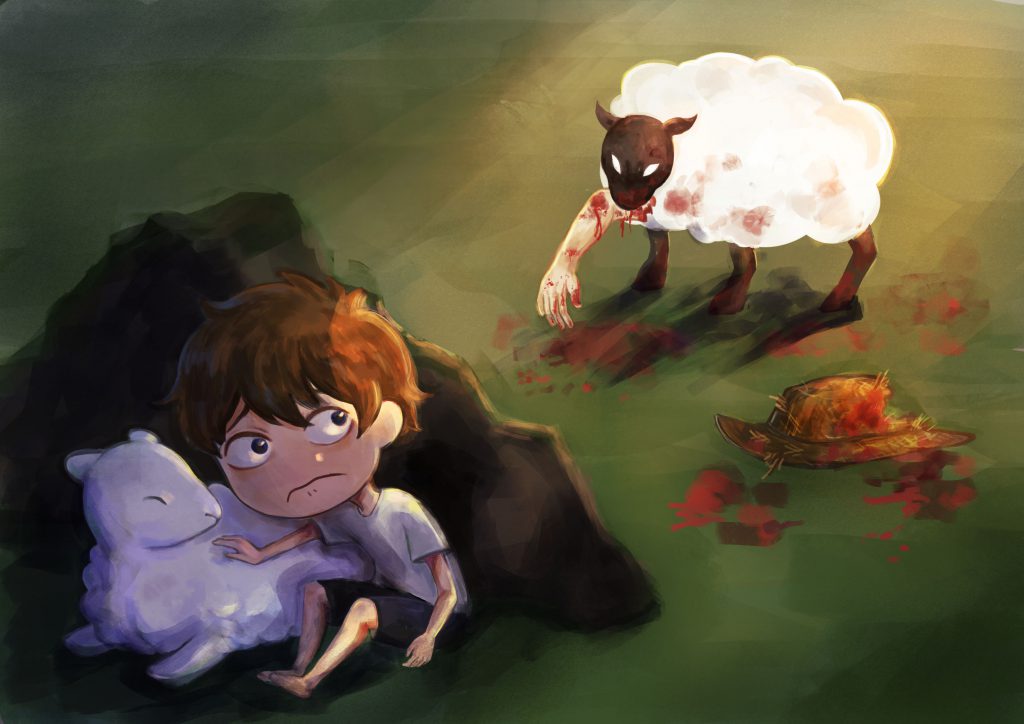 Prof Henry commented that the 2 scenes seem to be happening at the same time frame and I should consider playing around with time or perhaps location to create another setting.

Renee suggested that I could change the time to night time. So instead of sunlight i should use moon light. hmm..

If I redo it I will try to incorporate both suggestions. Maybe use another view of the field?

It did cross my mind that I use cold lighting though, so that I can add the element of fear and heighten it.

Hmm… but it did not occur to me that I should use moonlight.

At least now I know I should consider the Where and When in every image or scene I compose.

Then lastly, I should have shifted the adult further into the image.

I shall keep all these in mind when tackling future illustrations.

Someone said the kid looks chill. Maybe I could have added tears. I would definitely try to exaggerate further and push the limit of expressions and body language.