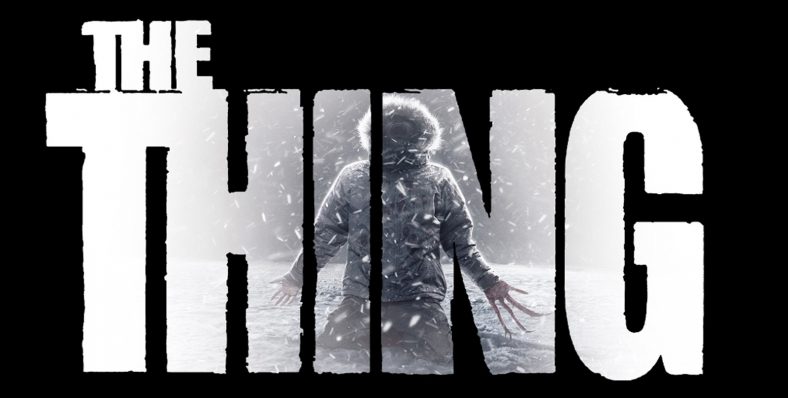 It is an experimental film which describes a life cycle of various abstract creatures, from birth, maturation to death.

With the help of simple chemical reaction in milk, it also allows audience to experience an immersive visual-journey. 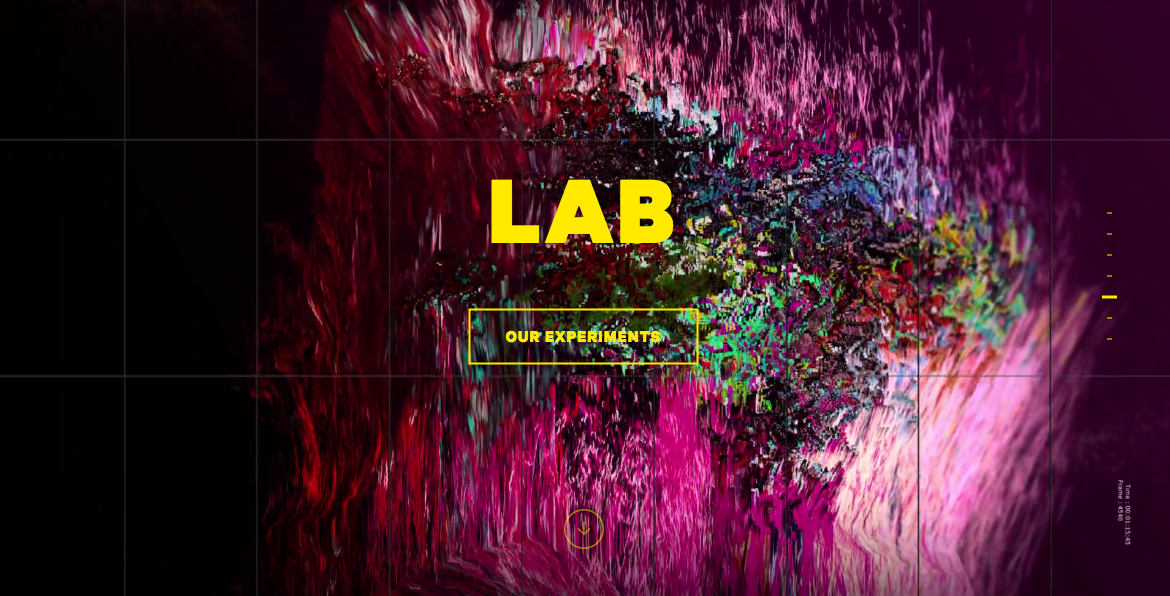 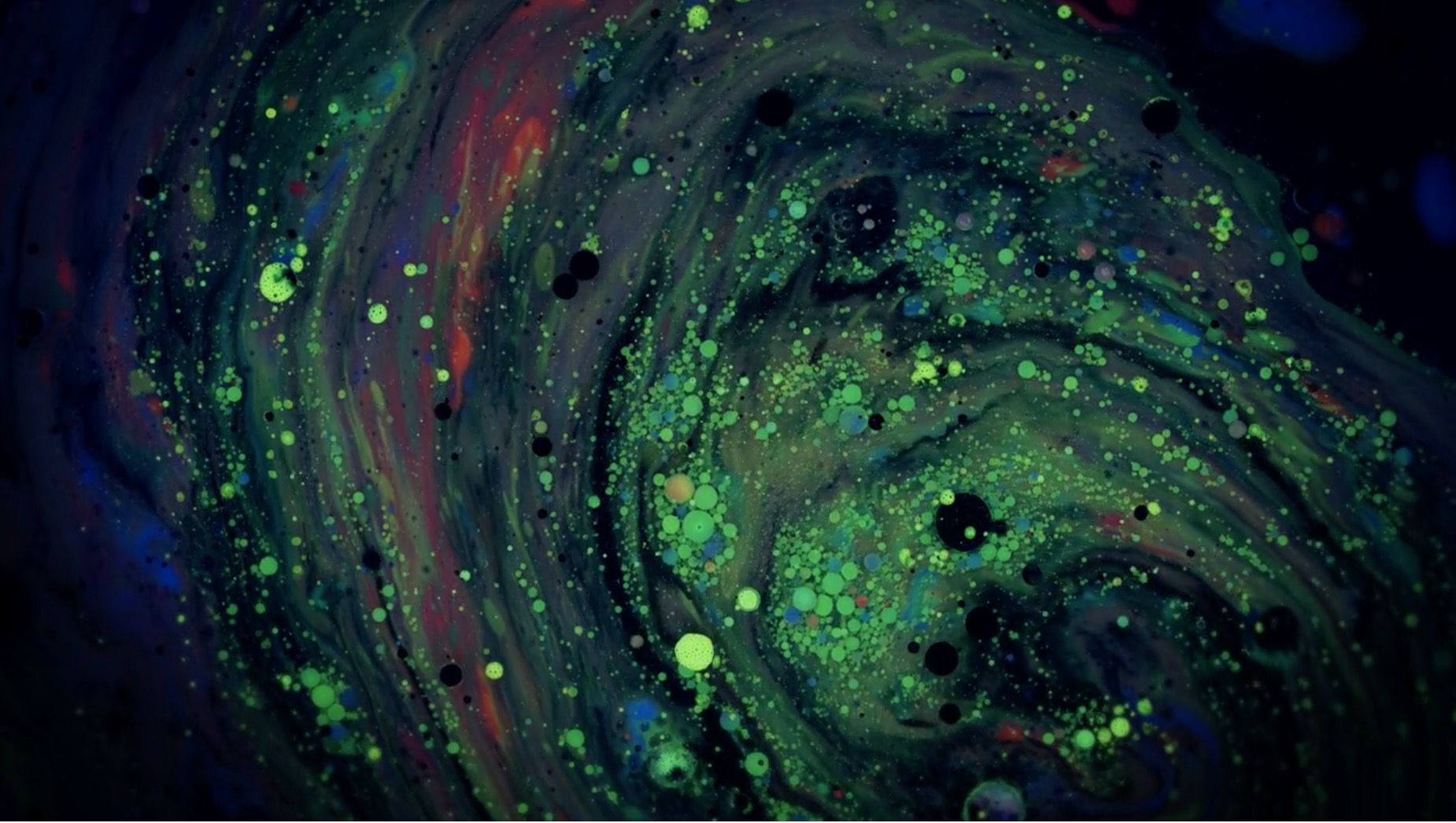 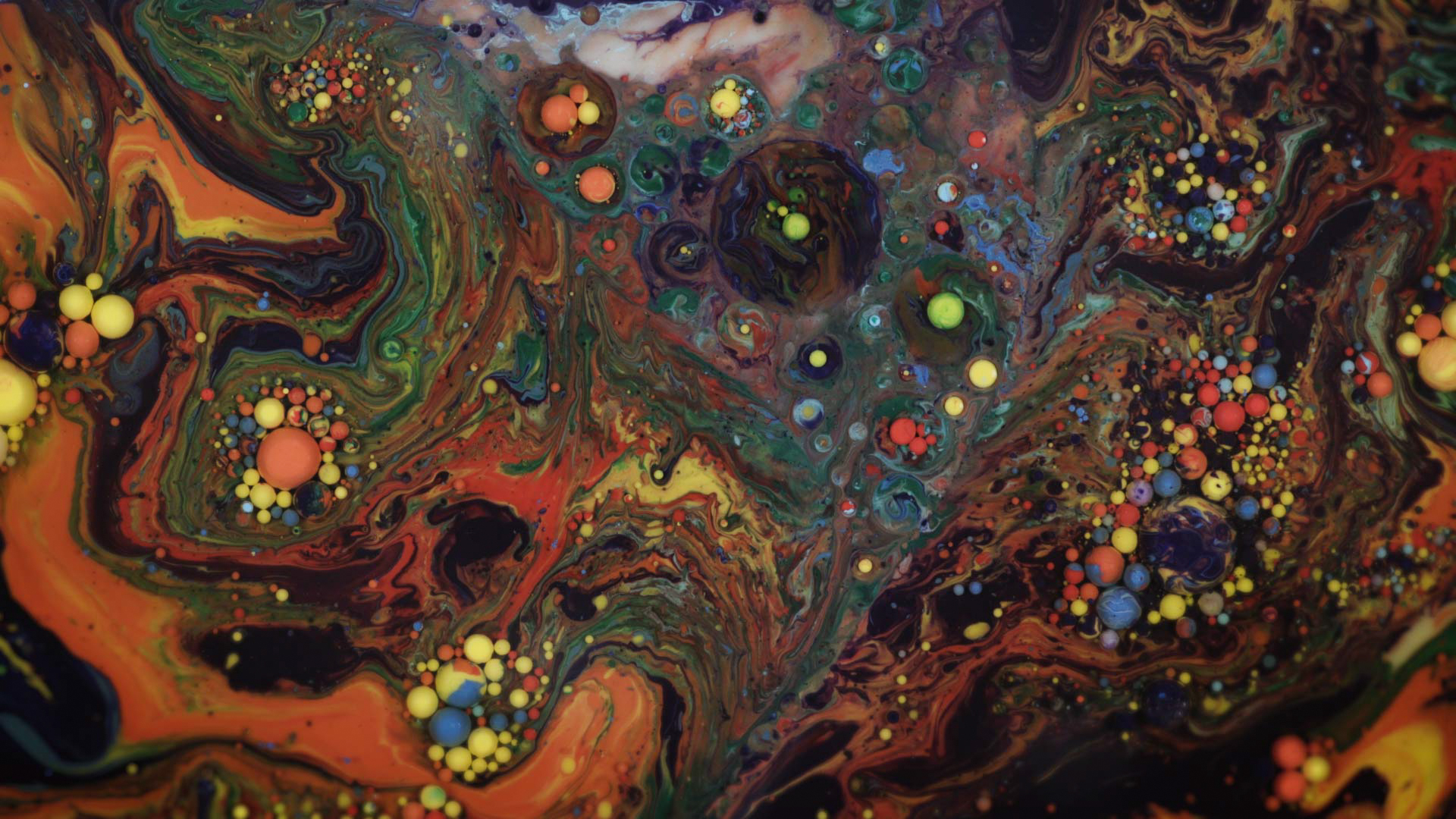 Because of the nature of dish soap, it will push away the paint molecules to different directions continuously, which creates a color explosion.

The autonomous chemistry not only creates chaos and but also the freedom of imagination and inspiration. 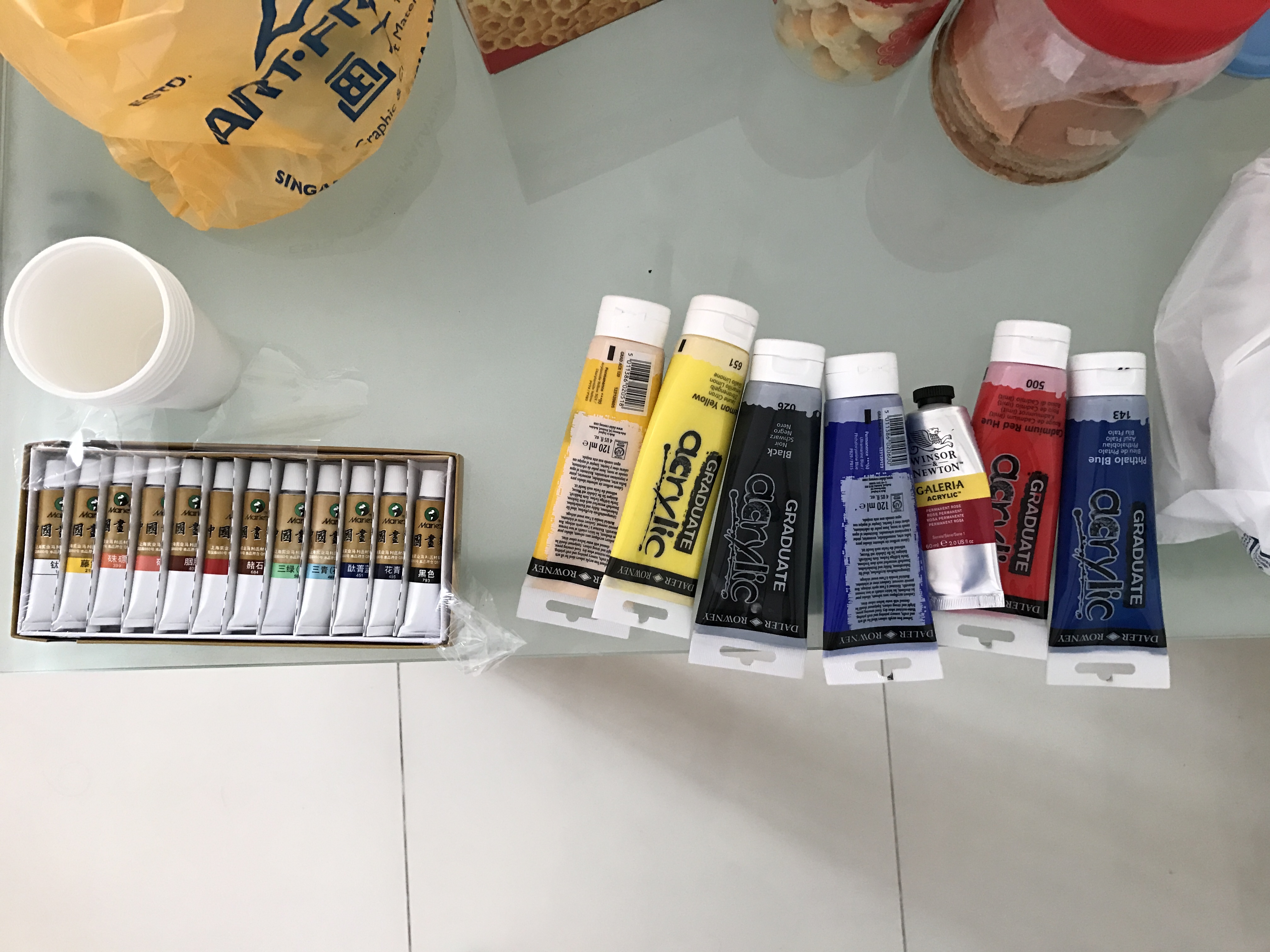 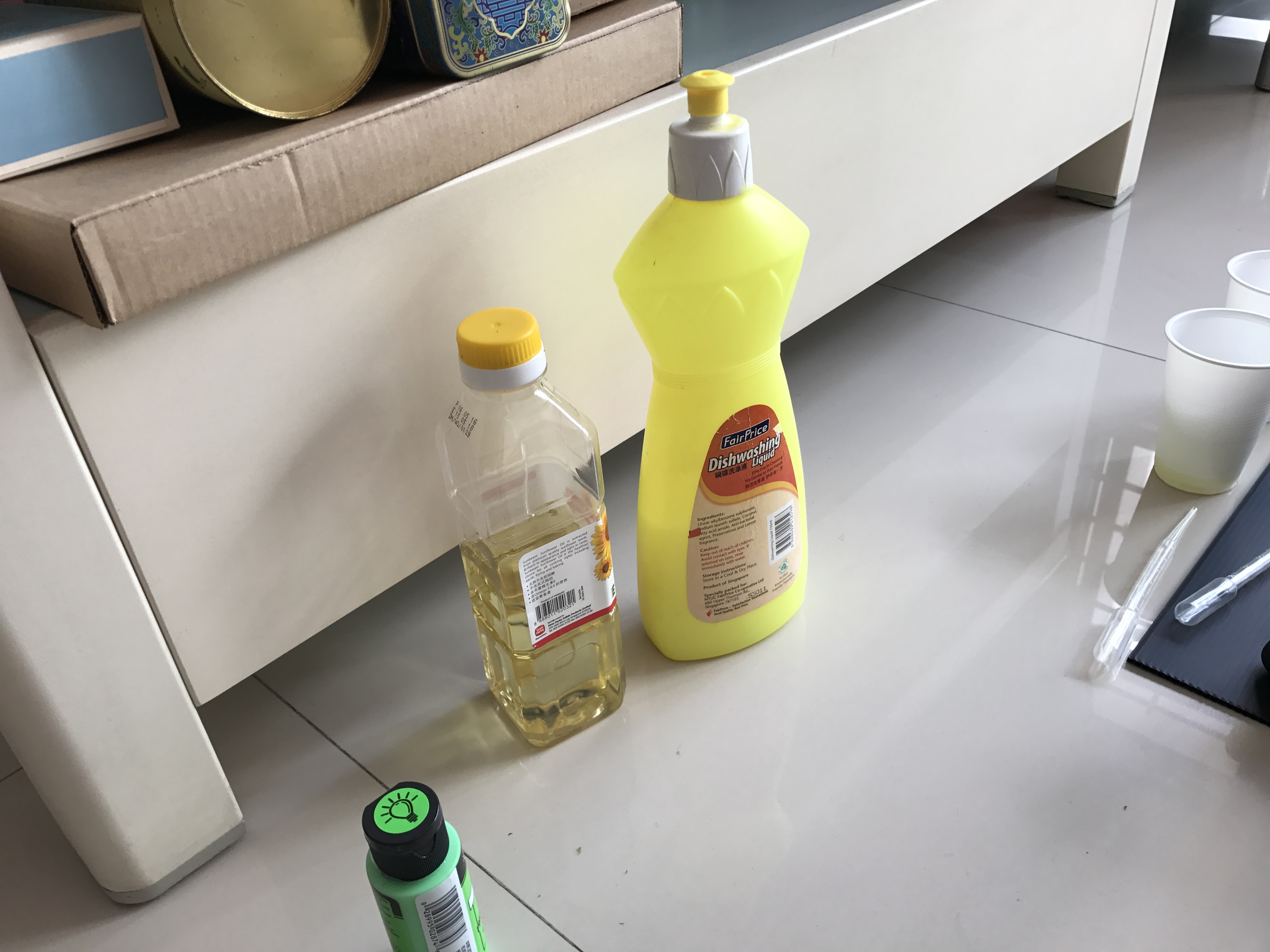 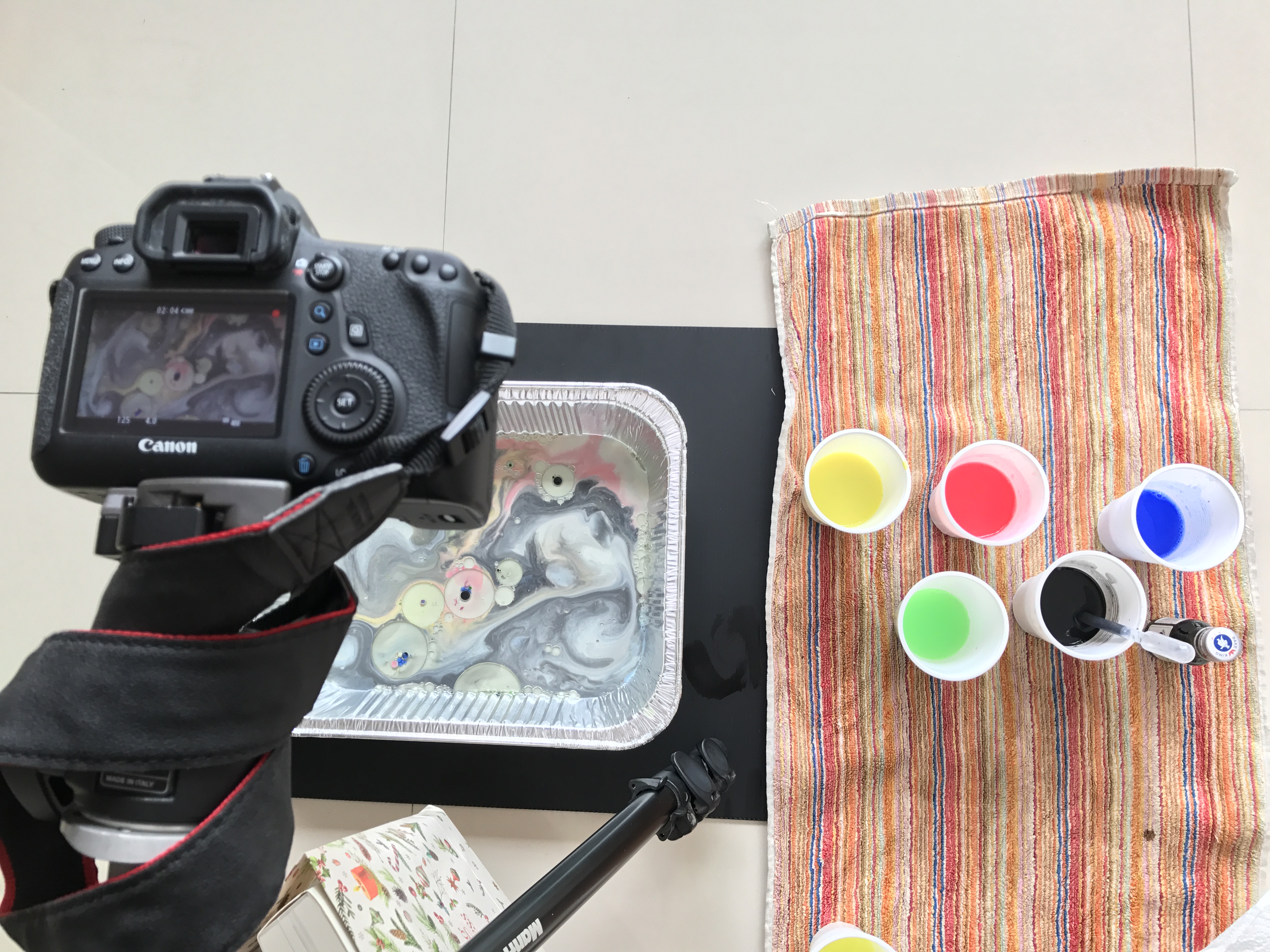 I used Adobe After Effects to compose my shots, which is designed for motion graphics design mainly.

After the initial shoot, I realize some problems immediately: 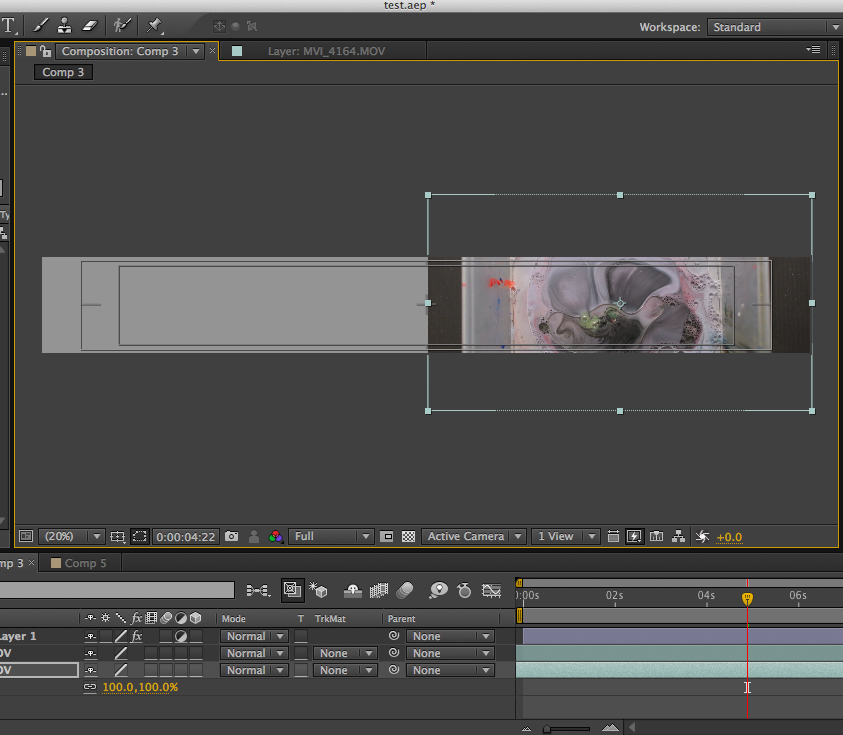 The good solution is mirroring the same footage.

By only flipping once and feathering the edges, the visual becomes like a lively and organic thing, a brain, a face and a creature.

By flipping 4 footages, it creates a nice pattern but doesn’t look like a live thing.

I decided to go for approach 1 which is more organic.

Reference from 3d model design as well as sci-fi movies, like <The Thing>, <Alien> and <Prometheus>.

Mood of mystery,  alienation and isolation. 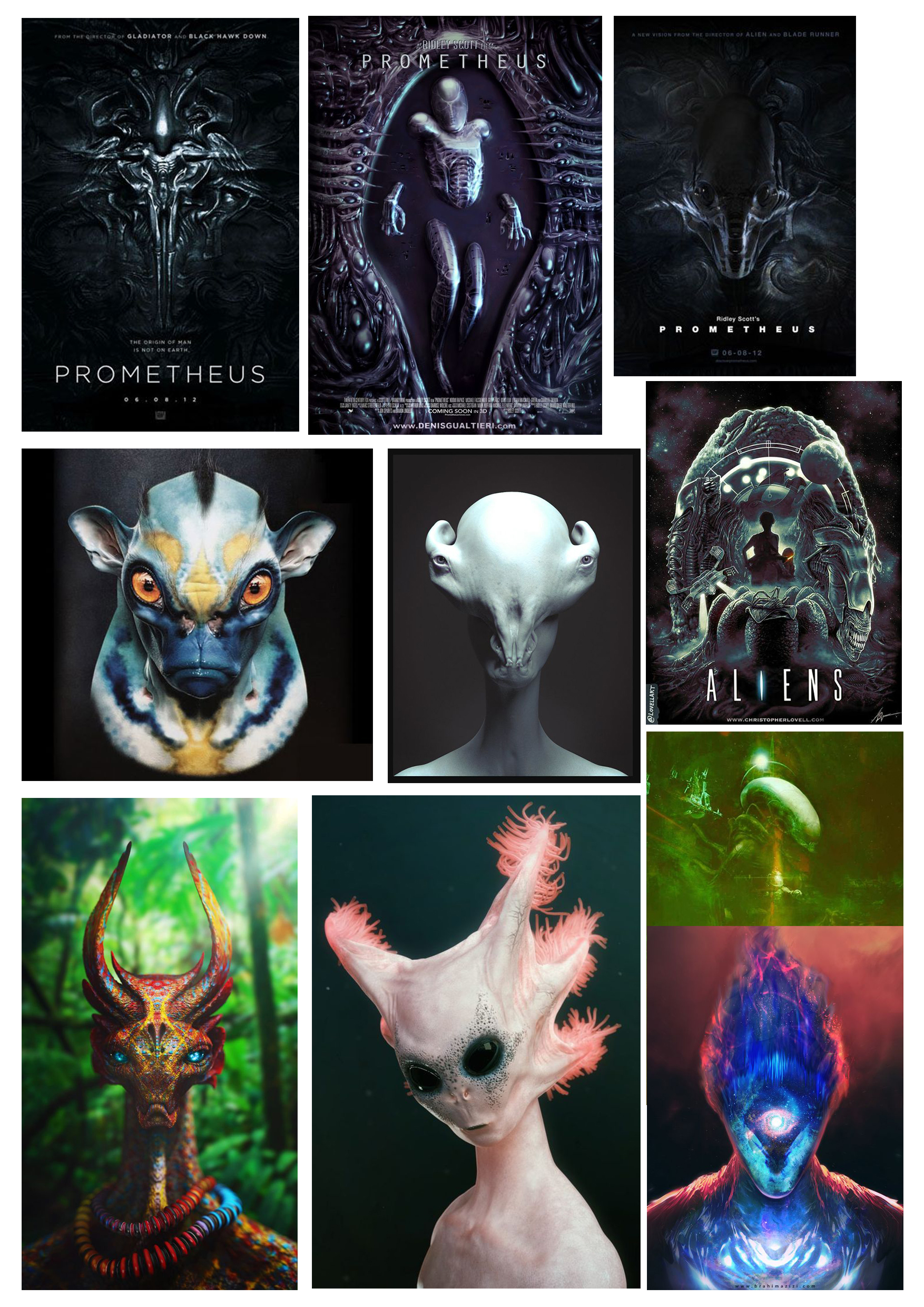 It reminds me an ancient creature from Chinese culture called Taotie, which is often casted on bronze vessels dated back thousands of years ago from Shang and Zhou dynasty.

It has a very symmetrical deign with prominent facial features standing out. 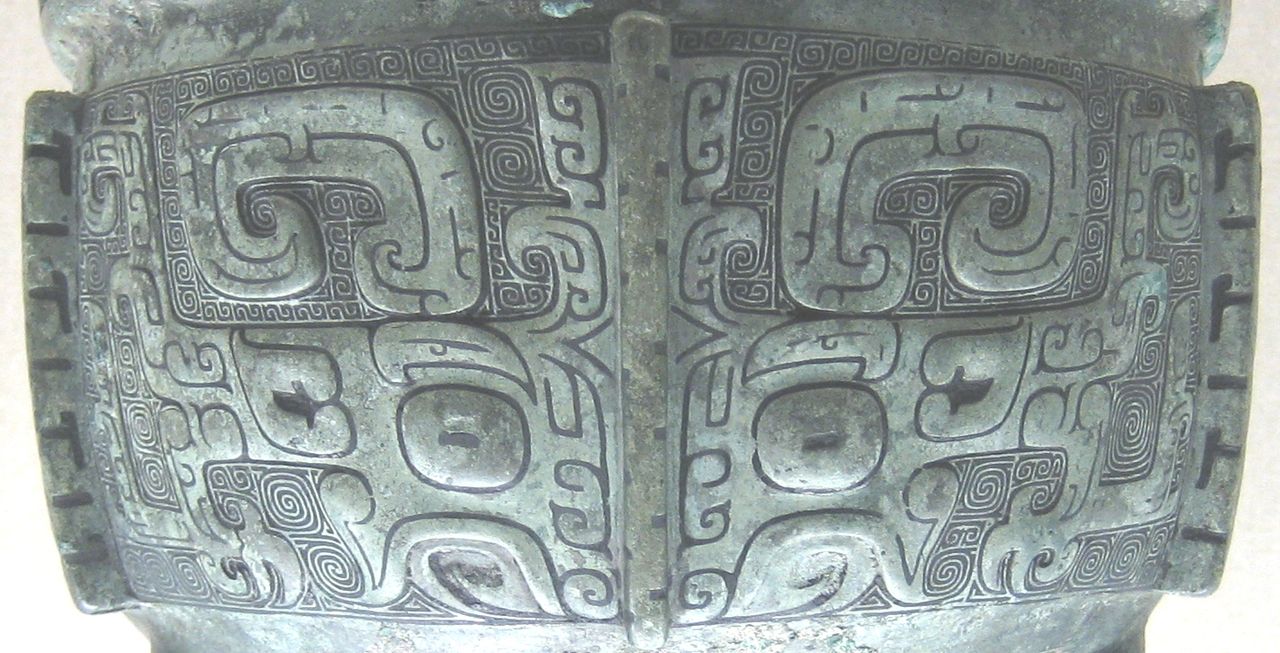 Taotie on a ding bronze vessel from late Shang era 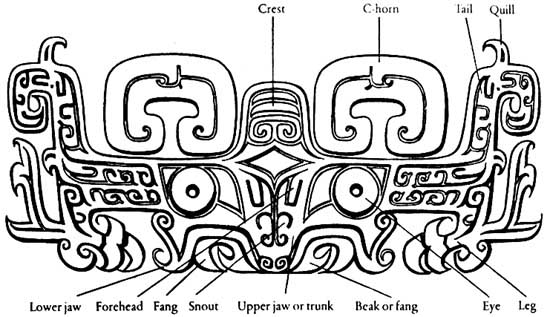 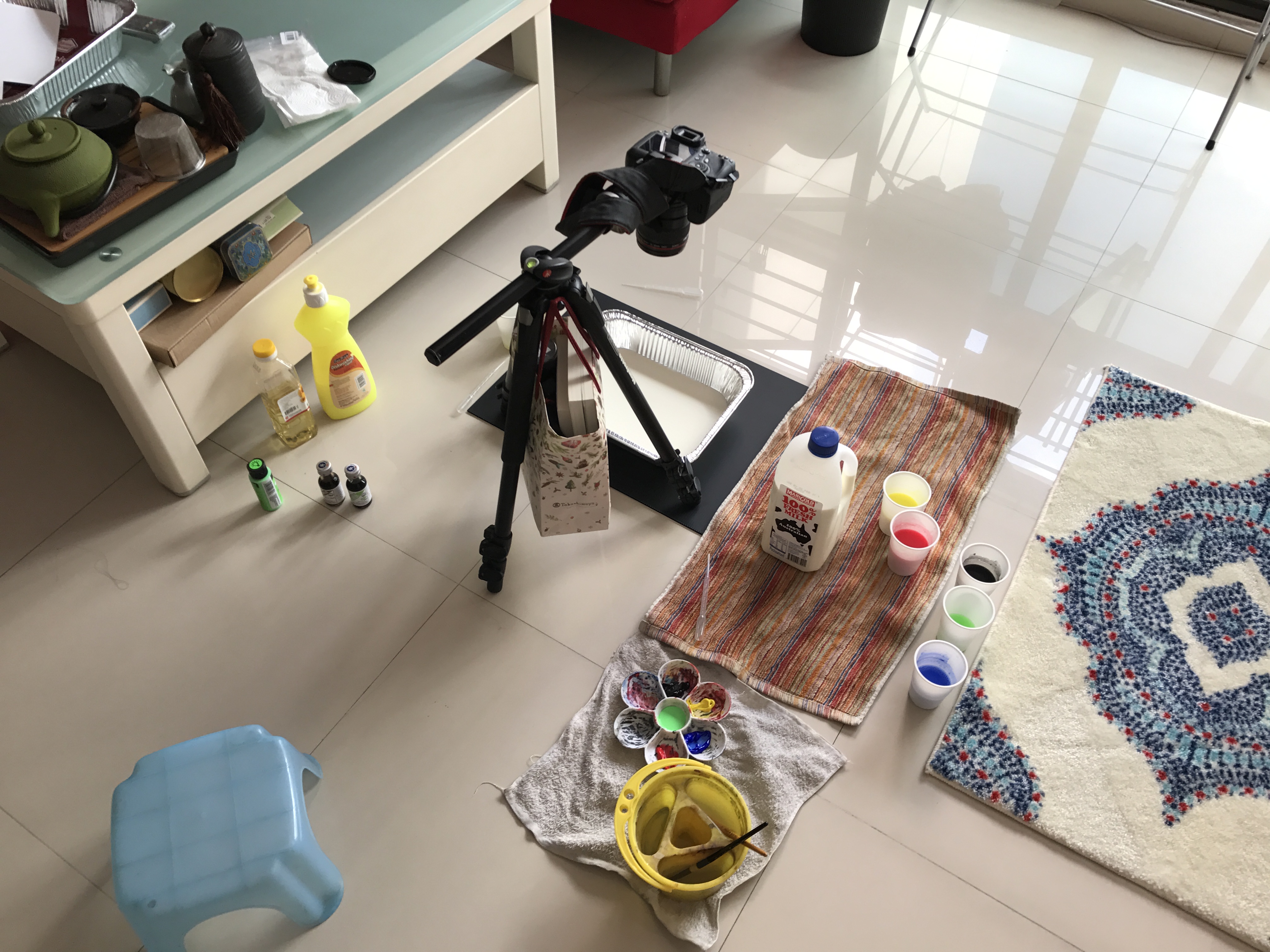 I’m using food coloring instead this time. Because it has more saturated color in milk 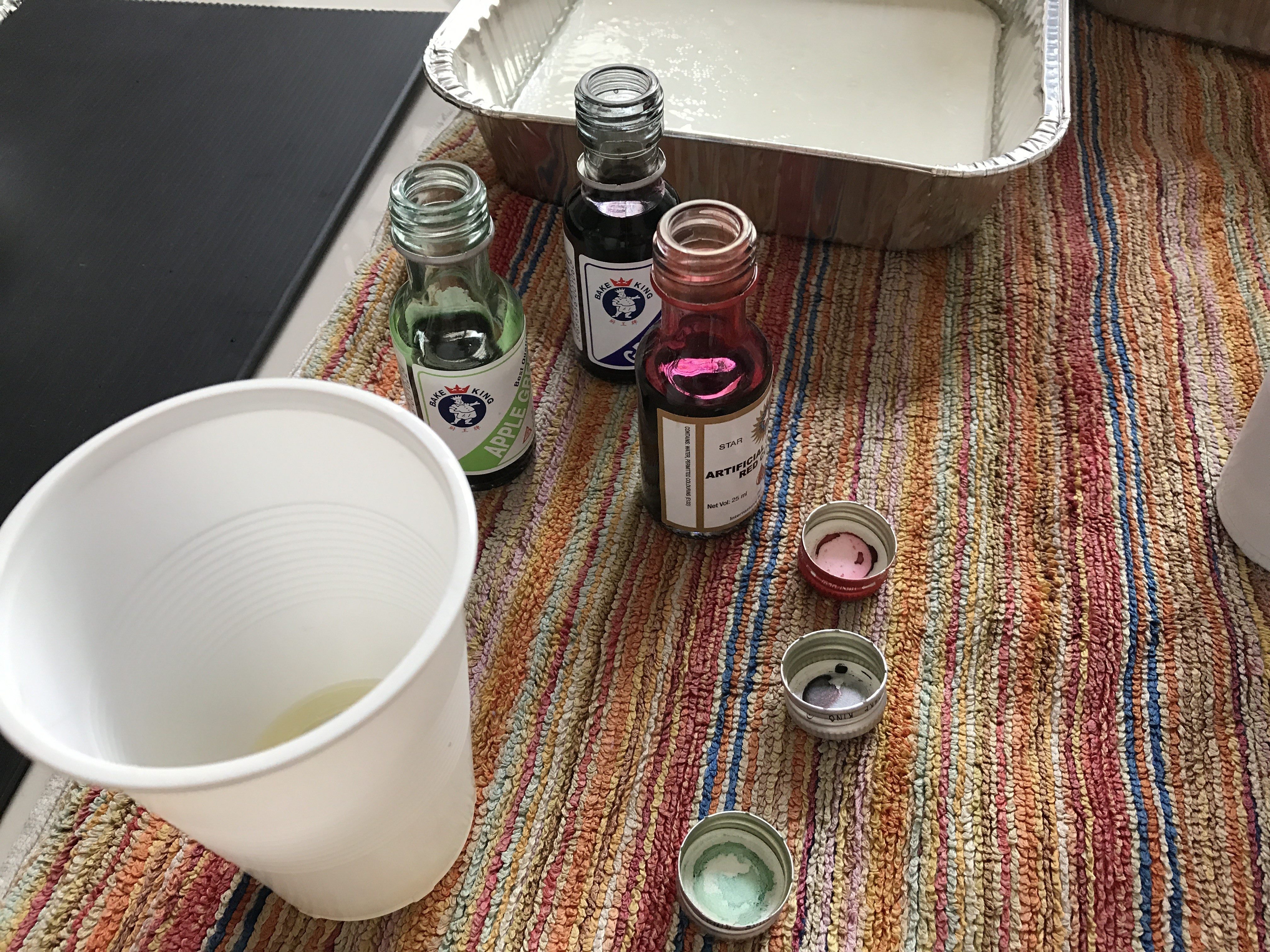 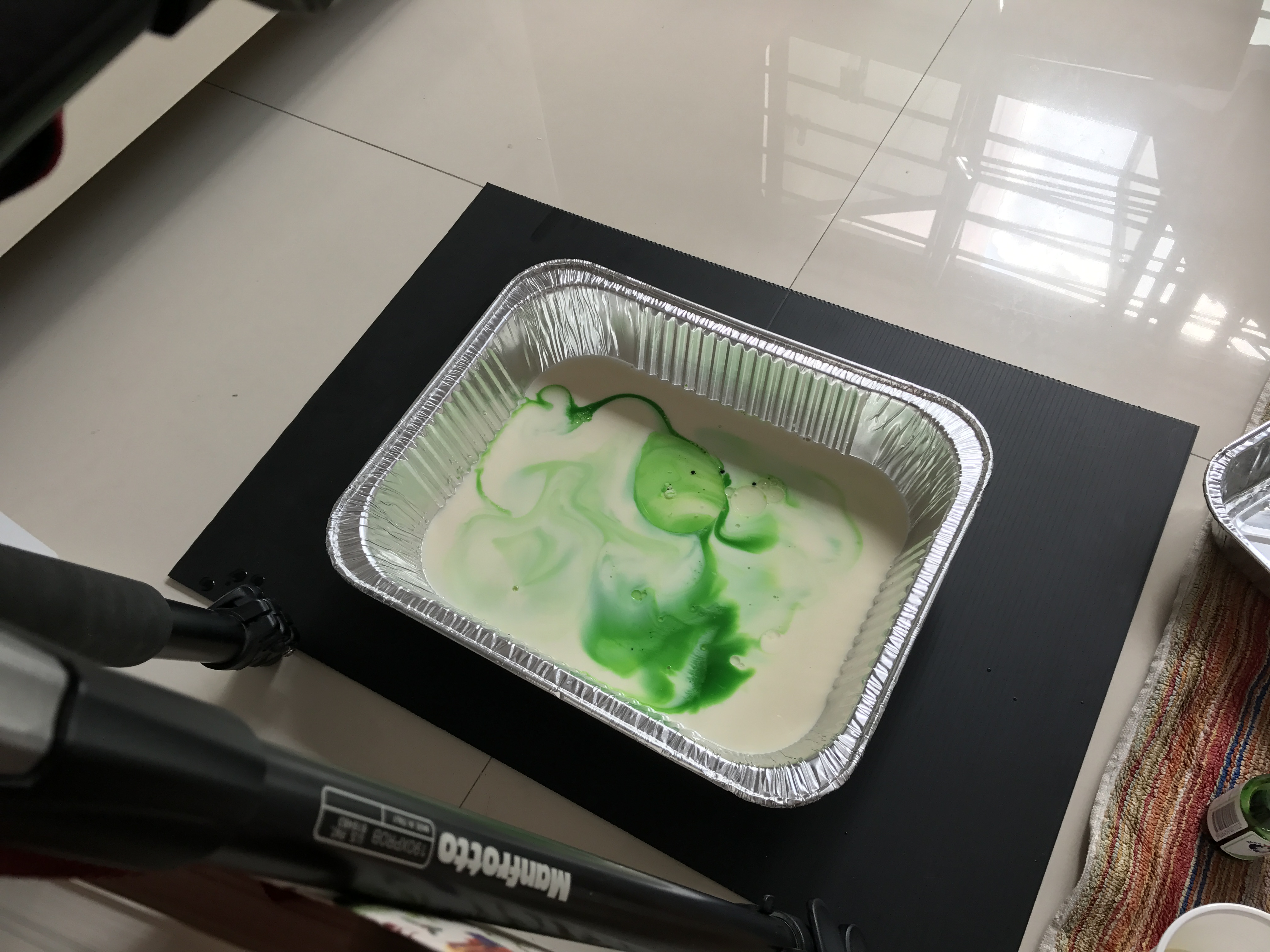 I tried to avoid more than 3 colors, or it will turn out too messy and formless. 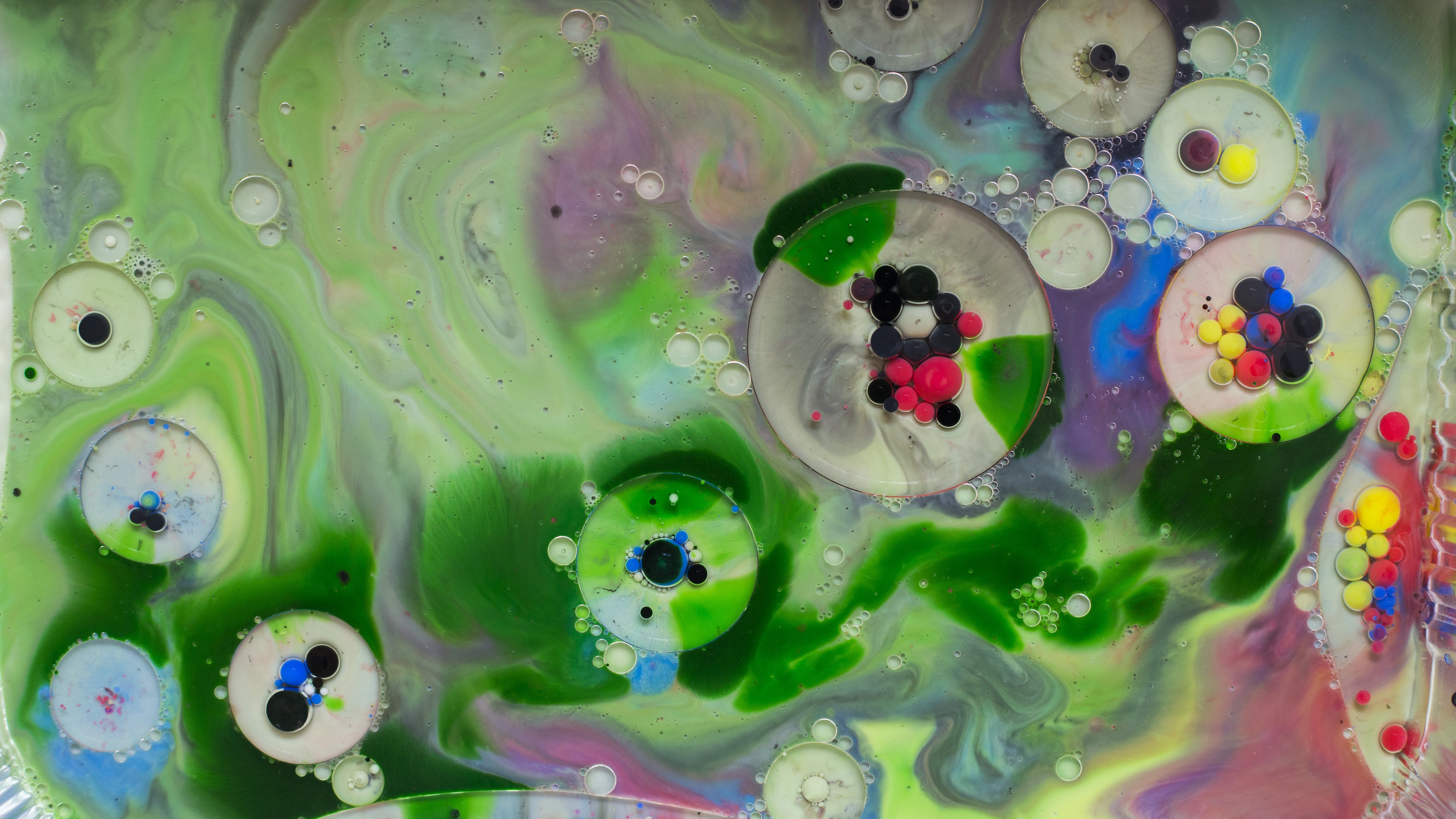