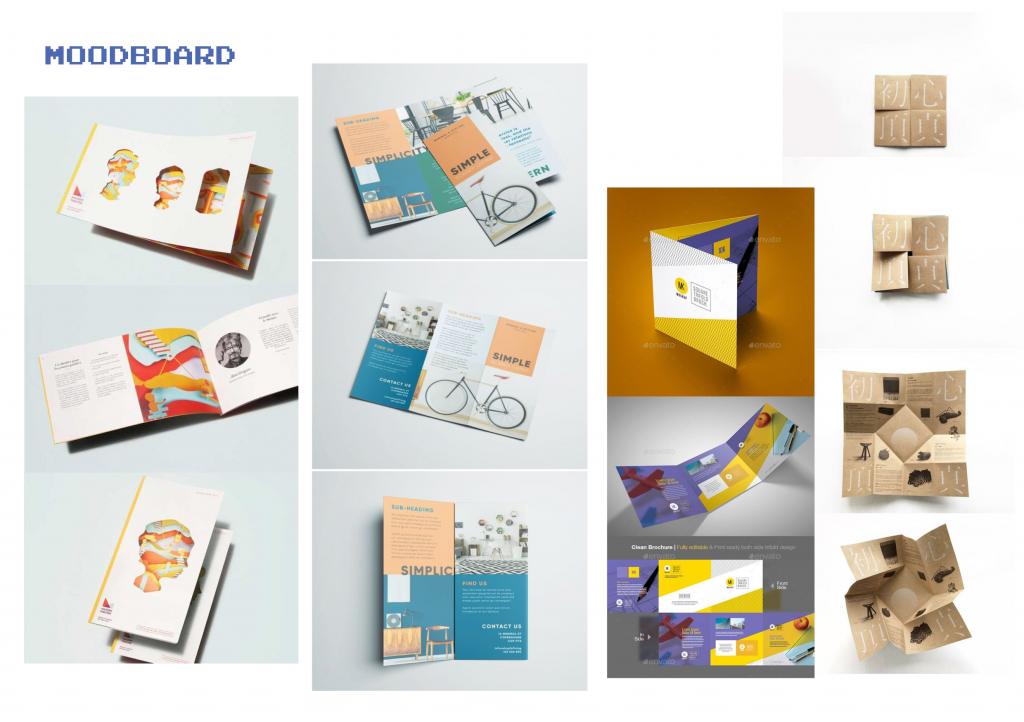 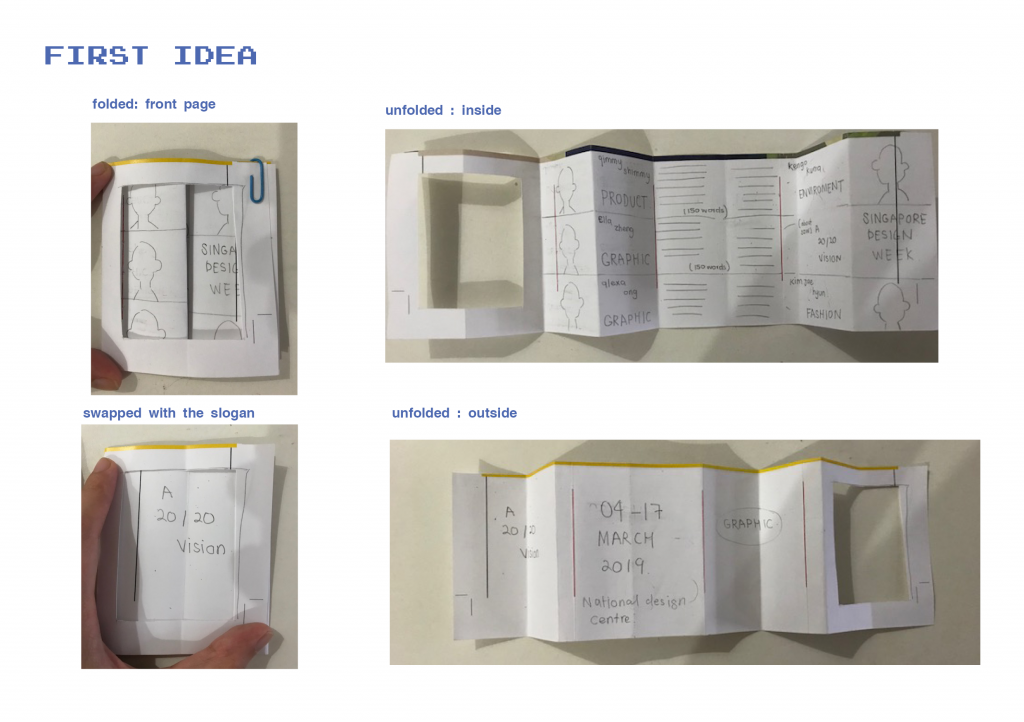 I decided to go with this fold in the end, because the first fold idea’s die cut might be too fragile to hold itself together. Plus, I thought the graphics in my poster were pretty square as well so I thought it would fit well with the fold itself. 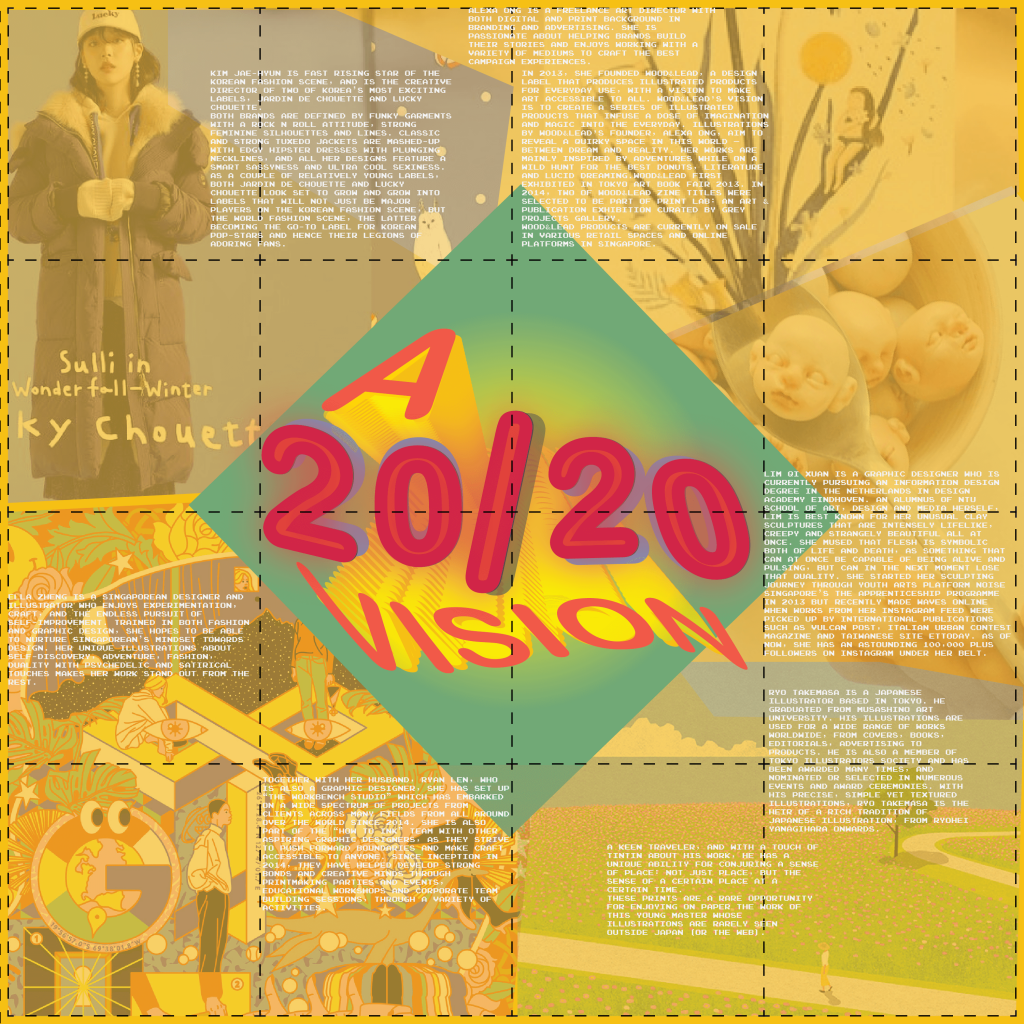 I wasn’t getting anywhere for a long time because I attempted to break out of the square and triangle grids, by literally breaking everything down and place them at whatever spots I could fit to one side of the page. I had a hard time dedicating equal parts to the 5 artists on one page while trying to vary the arrangement to make it look more exciting while fitting into the folds. To summarise it was a whole mess.

So after that I had to clean up, which led me to dedicate each corner to each sector of the 4 design areas. So I had to swap some of the previous artists as most of the artists I previously found were all graphic artists.

I also decided to keep my graphics in varied grids as I found the shapes that I previously attempted to be too overwhelming. 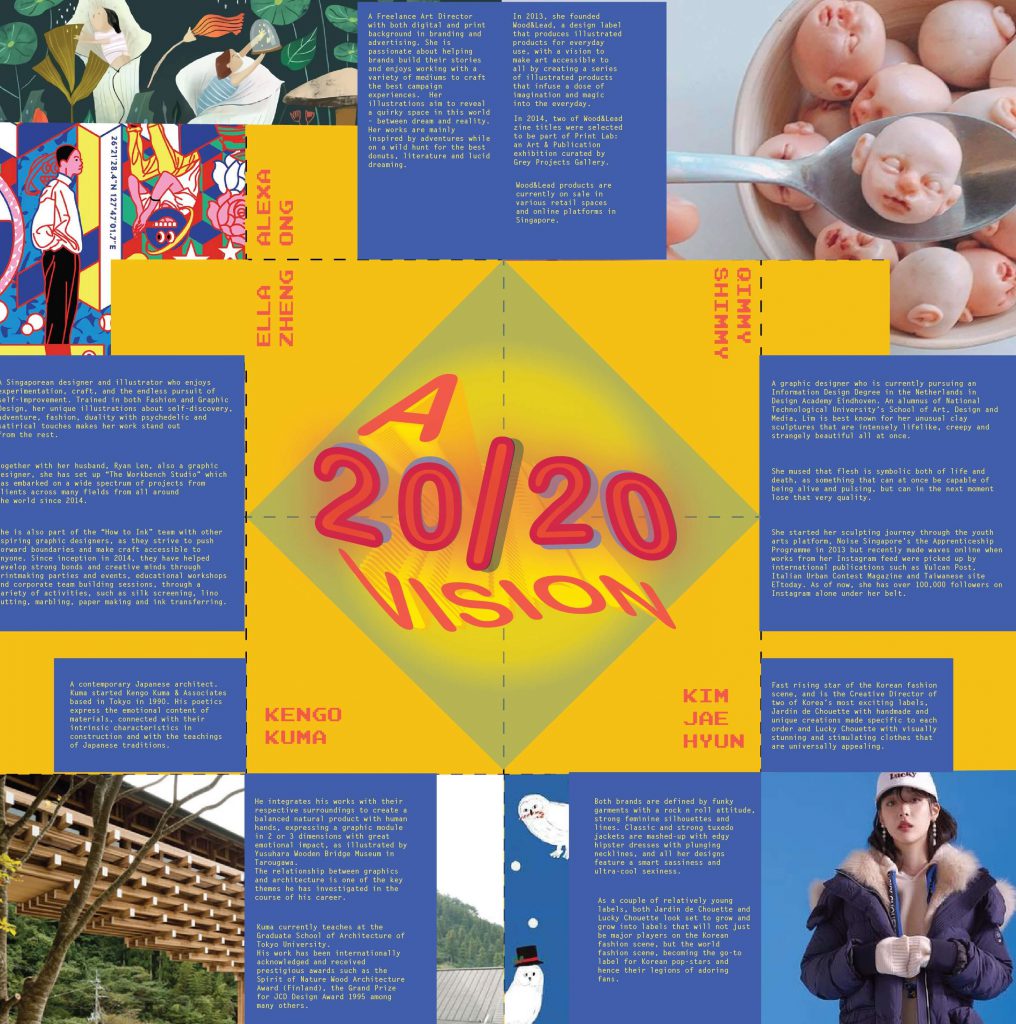 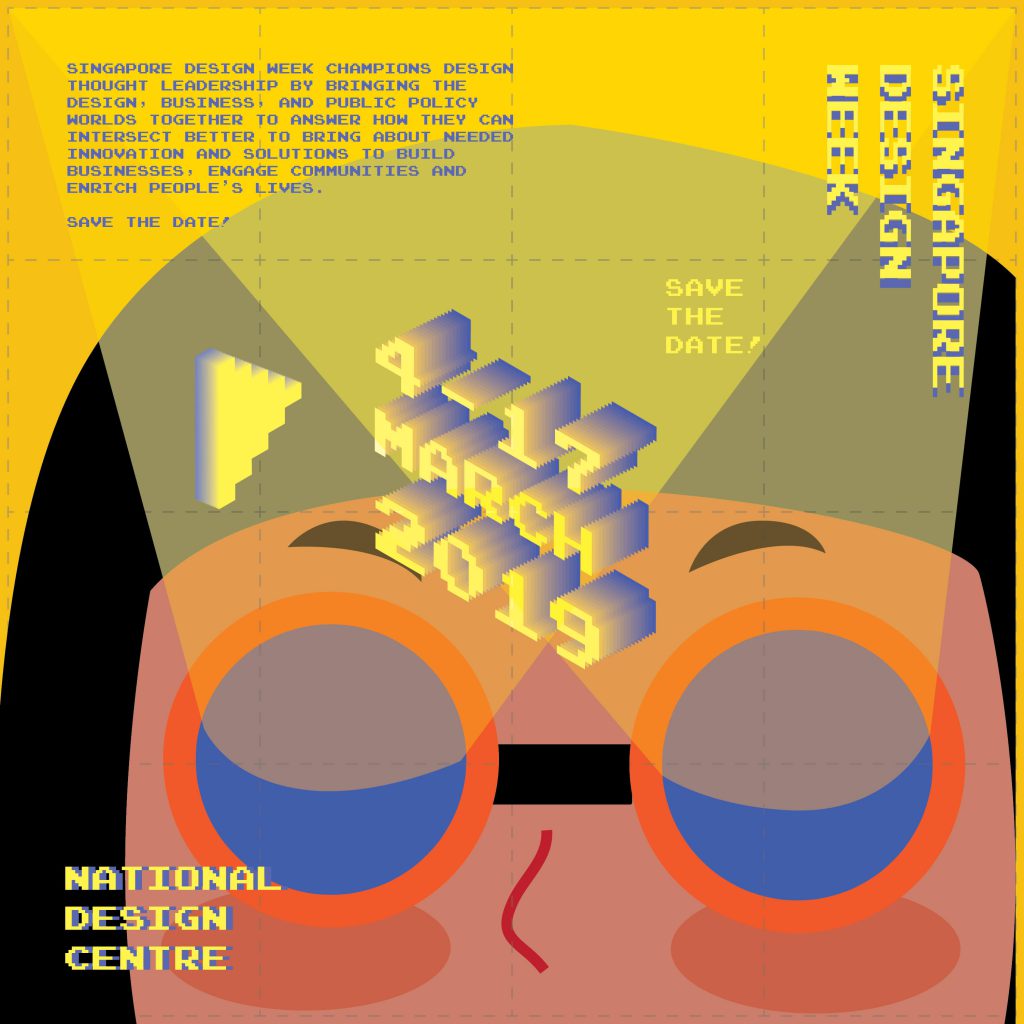 Here I laid everything out accordingly, from with each corner dedicated to each sector of design, with the local artists on the top and the international at the bottom. However I find that the type I was using was not legible at all when printed small. I had to rearrange all the text boxes as choosing a new bigger font also created the need to make more space.

Therefore. I decided to make the graphics with a lowered opacity and I also wanted move the names to be seen on the folded corners so I decided to try a projection as well in my next attempt. I also tried to vary the text boxes to create more dynamics. 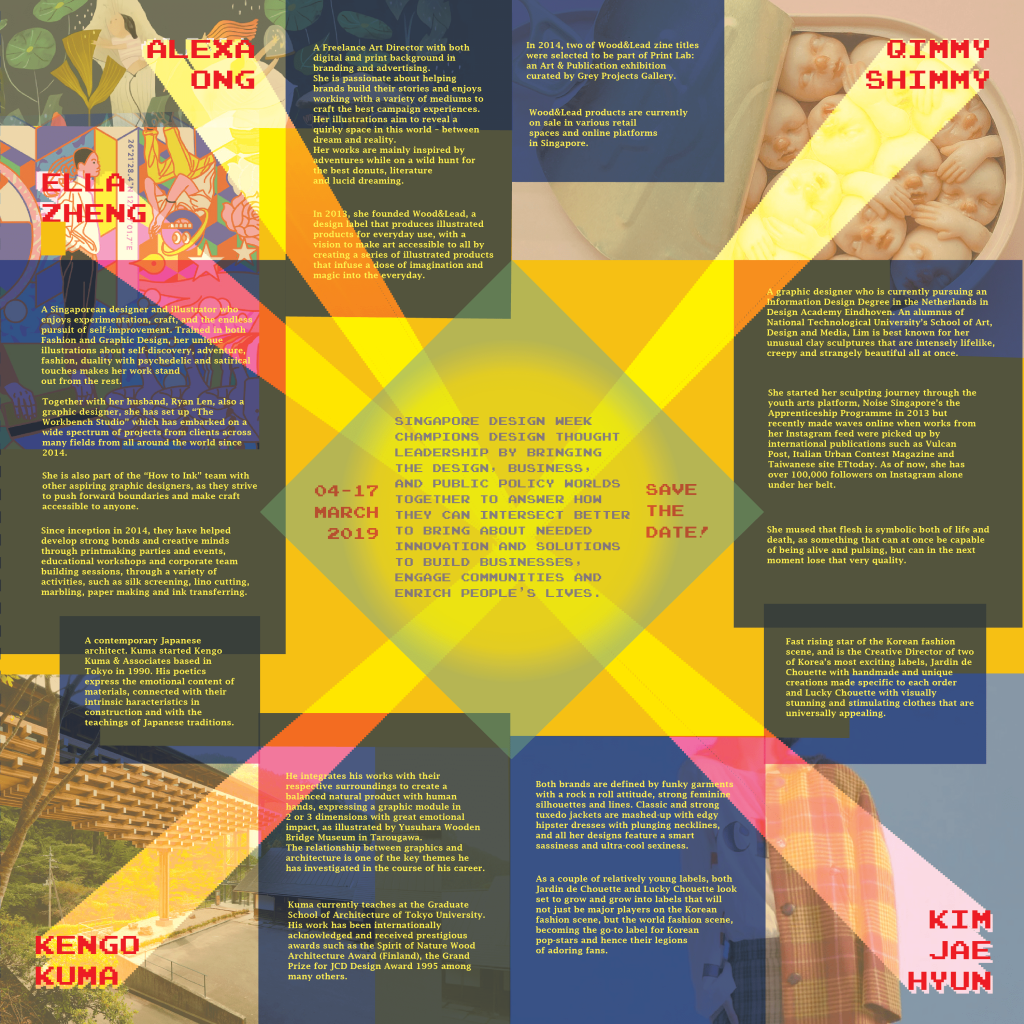 As for the back, I decided to avoid putting the textual elements in the folds that will appear when its folded. I also had the slogan placed in the center so that it can appear when it is folded. 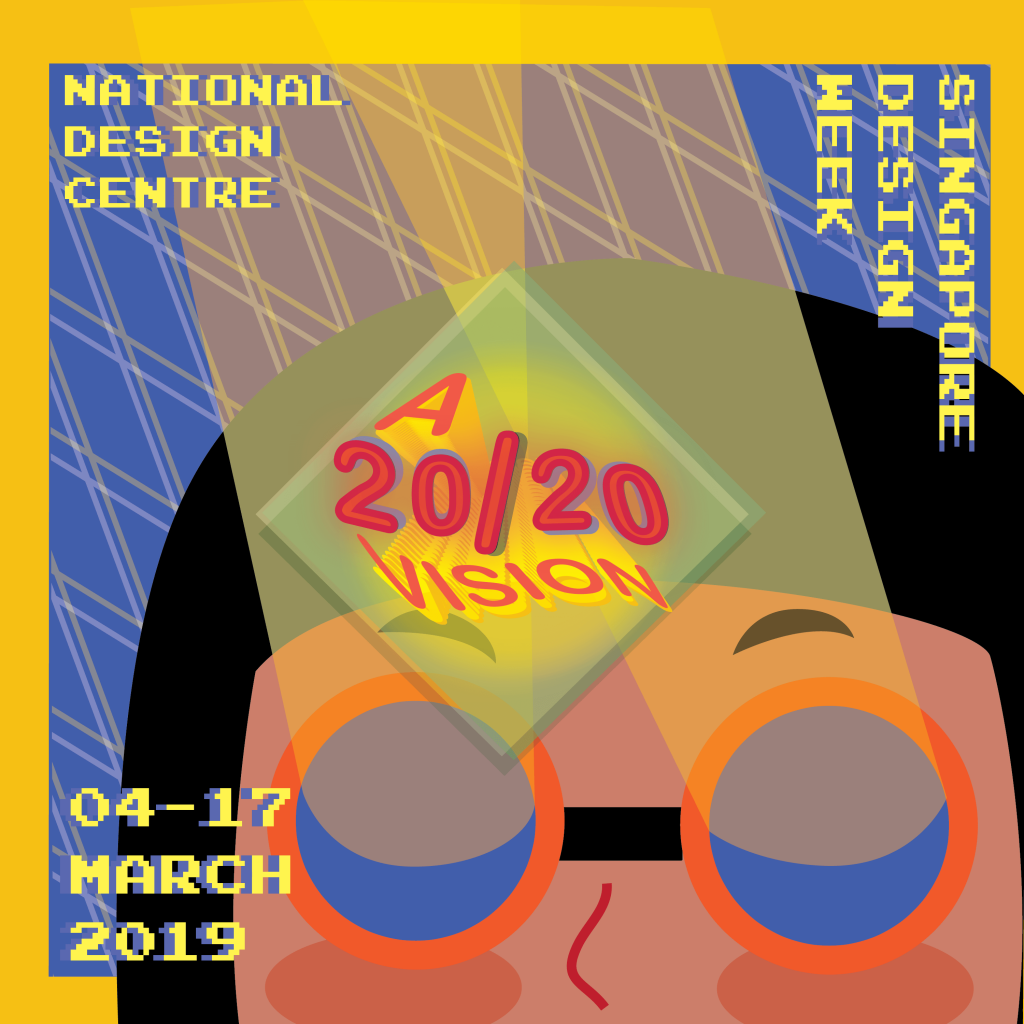 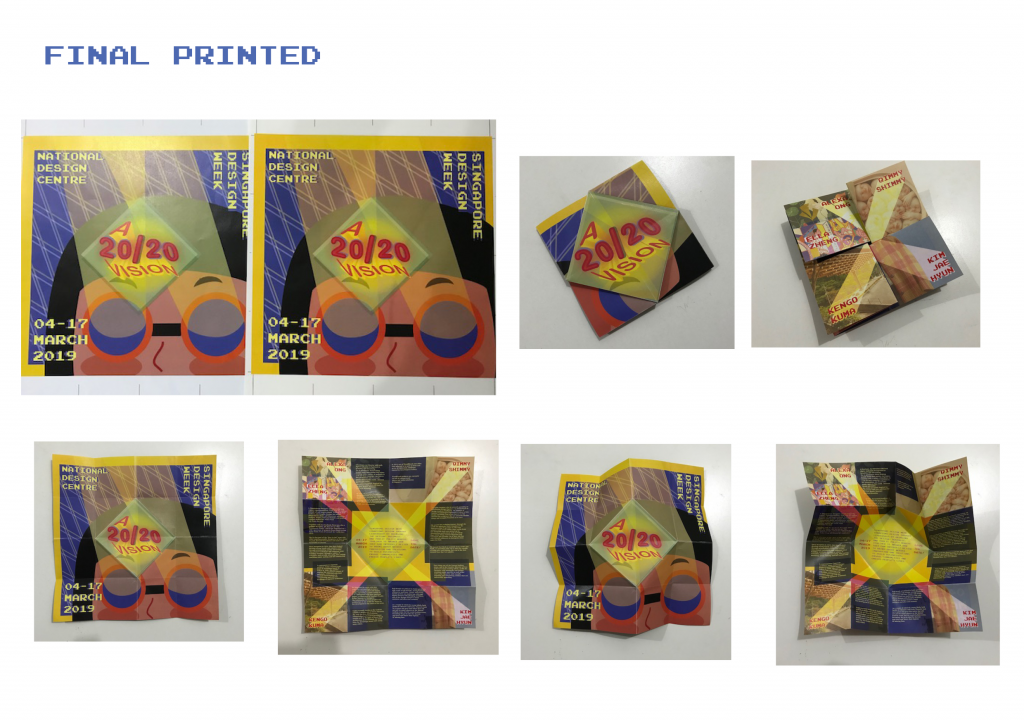 For this project, I had a hard time with the laying out and creating equal importance for 5 different artists. I also failed to treat text as image as I found that I could only handle them as text boxes at this point, which would have had the potential for more surprise and visual interest. But it was still fun to learn interesting paper folds, and I think I can say that I definitely at least managed to put order into the final work.