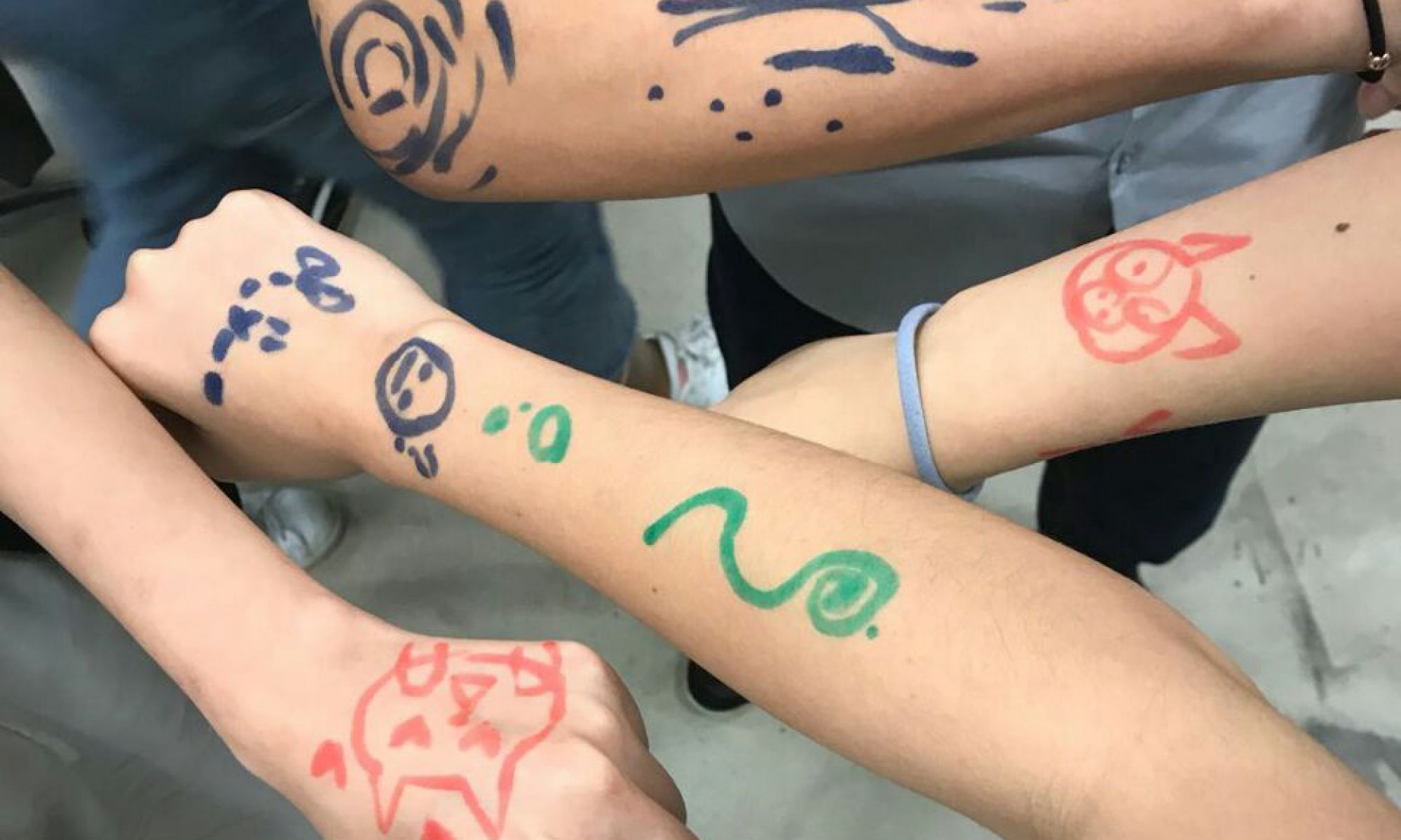 In this project, the viewer is tasked to interpret the given image and draw out a physical manifestation of their feelings in response to the image they see, with the materials made available to them, which are in this case are markers varying in colour (3 to be exact) to be used on the canvas offered, our arms. The images given also varied in tone and appearance, from recognizable subjects like dogs and cats, 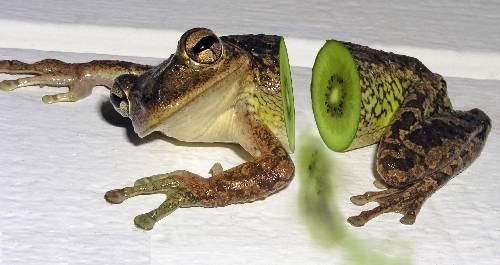 These factors act as limiting reagents to shape the audience’s output in the form of drawings. 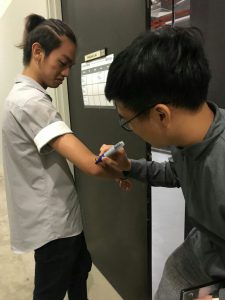 Since the audience were mostly students in ADM, they were all cooperative with our instructions as they are probably aware that this is for an assignment.

The end result was a collection simple drawings, though they vary in visuals whereby the ones who chose the cat and the dog photo, all drew a more representational impression of dogs and cats. On the other hand, those who chose the northern lights and the photoshopped frog, tended to drew more abstract depictions of the subject or their feelings.

By the end of it, each of our arms held an array of strangers’ personal reactions to each image in the physical form of marker drawings.

The DIWO aspect of our project has enabled us to gain an insight on how a diverse art work can be put together when the final outcome is essentially unpredictable as the number of different ways a collective of individuals can interpret a subject is much vaster than what a single individual can.

It embraces the need of social interaction, in this case where we borrow the creativity and skillsets of other artists to create a collective artwork made in reaction to a single subject from multiple points of view and interpretations. This can be seen to a certain degree in Yoko Ono’s Cut Piece where the audience given the same set of instructions are shown to carry them out in different ways based on their own interpretation.

Personally, I find that what makes the final work different from the traditional art is the fact that a reflection of each audience’s personalities, which stems from their own unique and personal experiences, can be observed with DIWO projects.
For example in our case, a student upon seeing a picture of Oscar, she gushed about her own cat, Peanut. Her familiarity and love for cats was perhaps one of the factors that prompted her to draw Oscar with extra care.
Thus, as an artist, such personal details from the audience in the process make DIWO artworks a much more interesting and enriching experience than just curating the final artwork by yourself.

This rich array of expressions would have proven to be far more difficult to conjecture without implementing the characteristics of DIWO projects which allows for “an effective form of artistic collaboration with others, and to a wider culture”, as stated in Marc Garrett’s article.