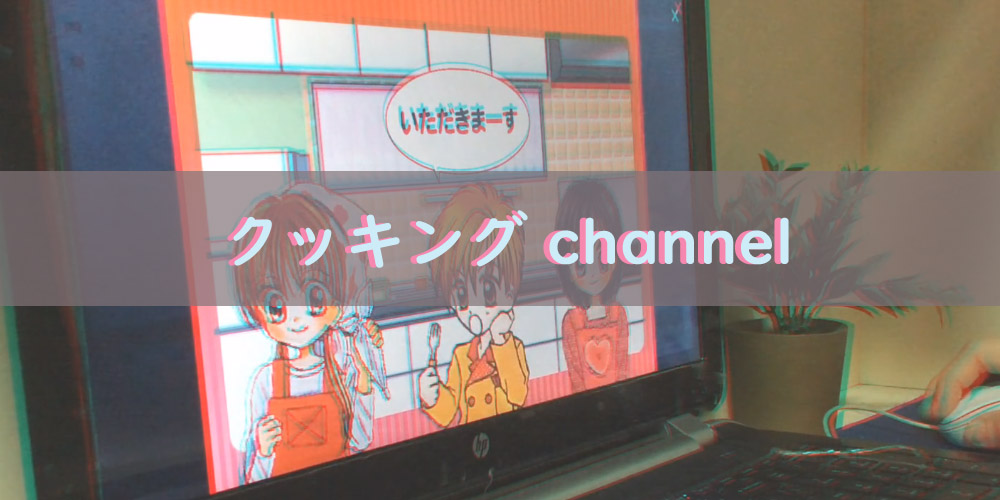 Here is my artistic alter ego who runs a cooking game channel.

A̶f̶t̶e̶r̶ ̶m̶a̶n̶y̶ ̶f̶a̶i̶l̶e̶d̶ ̶a̶t̶t̶e̶m̶p̶t̶s̶ ̶t̶o̶ ̶b̶e̶ ̶H̶a̶y̶a̶o̶ ̶M̶i̶y̶a̶z̶a̶k̶i̶, I decided on my artistic alter ego as a gamer who plays rather simple clicking cooking games instead of other popular games.

I played a ton of cooking games on these online sites when I was young, so I decided to go back and source out one of my favourites back then, which I used to play over and over again because of its pretty visuals.

I filmed this at the clean corner of my desk and played the game over and over until I got the “perfect” end results. I filtered the video with a slight glitchy effect afterwards. Then, I uploaded, with an attempt to title it as attention grabbing as possible like gaming channels like to do.

I wanted to portray myself as an artist who is able to pursue what I truly want, without being catering to what the others want. Plus, I want to be able to treasure my past experiences, whether good and bad, to learn from them and use them to grow as an artist. Lastly, I want to have courage to put myself and my work out there, which I am always reluctant to do.

This video selfie has enabled me to alter my identity by allowing me to portray myself as the best version of myself. The ability to selectively upload your successes and good sides enables us easily delude people into thinking that we are flawless when it is impossible to be.

In a sense, videos help us hide our imperfections, which is also part of our identity.

In a physical sense, since only my hands were part of the film, my physical identity is concealed. But, by constructing my environment as a clean space, I am able to construct impressions of myself that I want people to see such as being an organised person etc, which contributes to the final image of a cooking gamer that I want to procure.

However, videos can also reveal parts of our identity that we might not intentionally want to. In my case, despite all the loud colours and sounds, the rather empty space and lack of a personal voice probably reveals that I am still a private person, despite efforts to paint myself as a gamer who doesn’t mind putting herself out there.

So finally to end things off, here is the link to the game if anyone wants to ever try it.