When we were told to explore around own neighbourhood and make a zine about it, my first instinct was to find somewhere aesthetic and take a bunch of nice looking photos. That is why the first location I decided to explore was a playground at the end of my street. 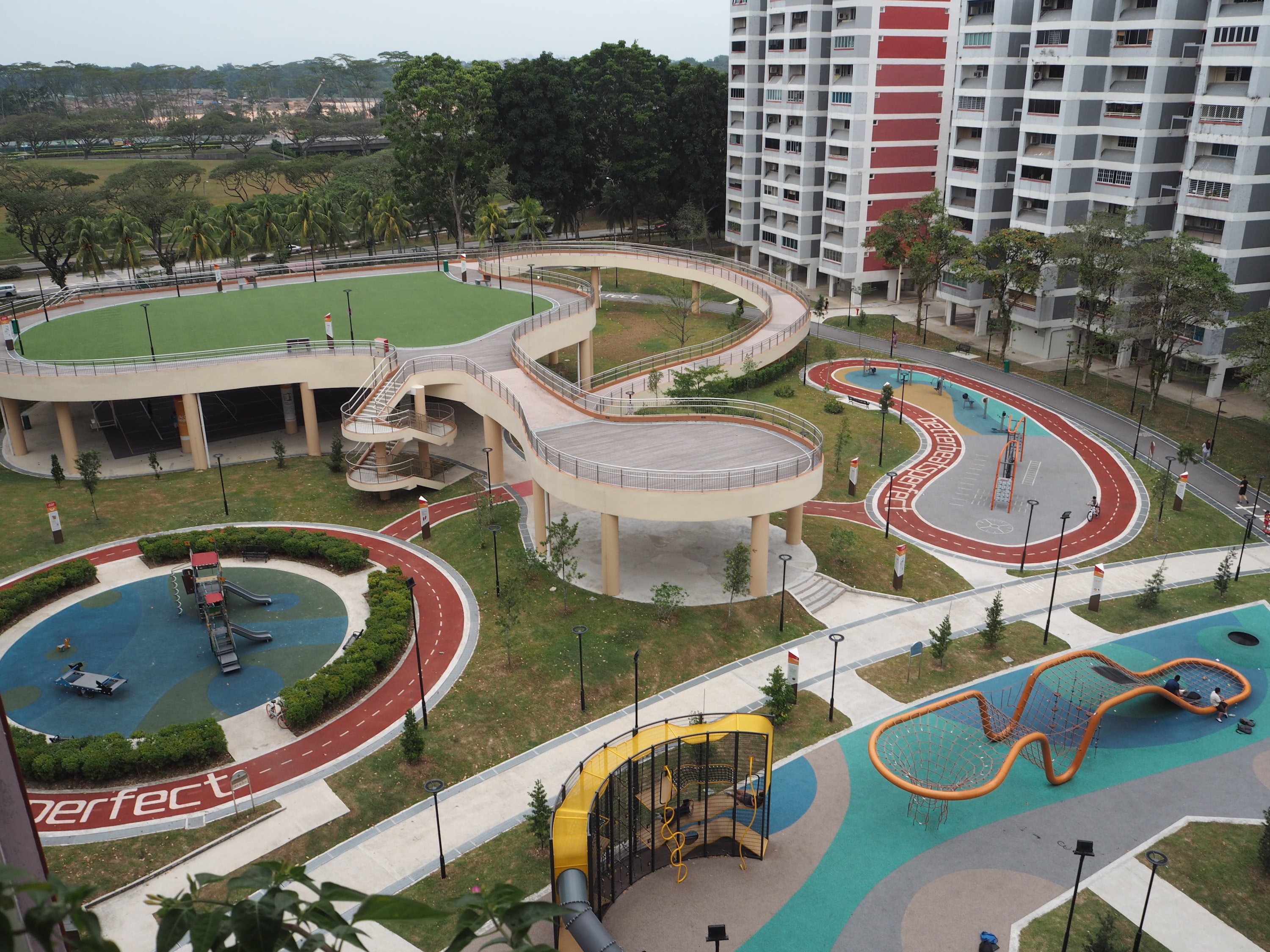 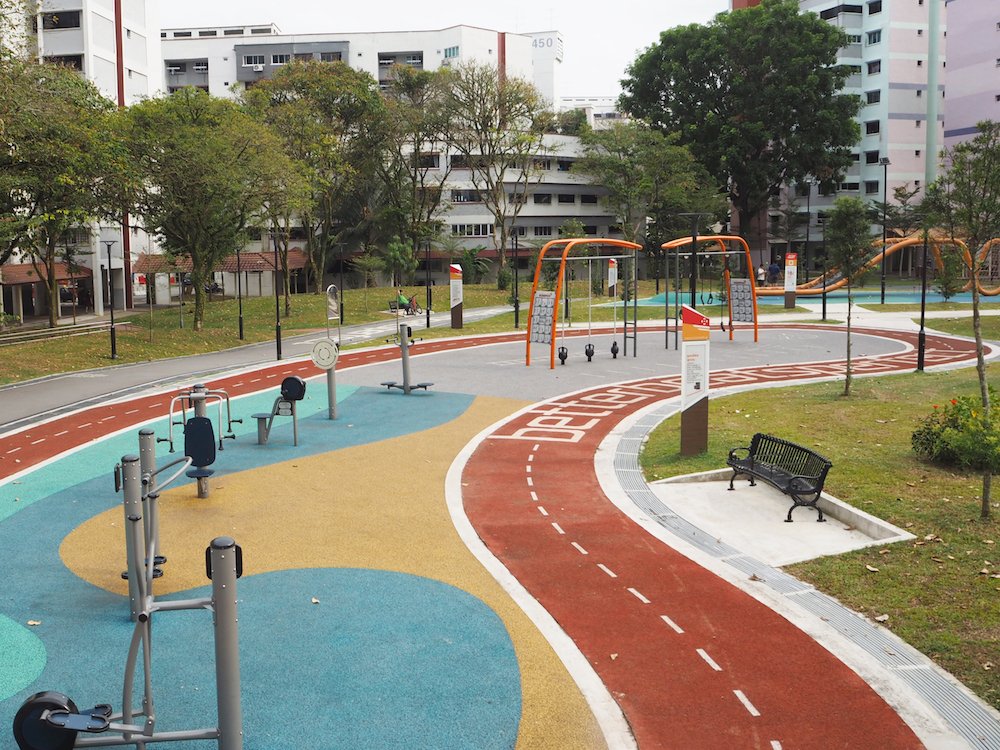 I took a bunch of pictures but when I went home and looked through them, I didn’t see a common theme that I could tie them together with. Then I thought what about Chinese Garden. It has been agesss since I last went there. I used to go there often as a kid, especially during the Mid Autumn Festival for the lantern displays. It was kinda a family tradition we had until we grew up and eventually stopped going. 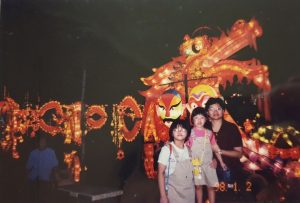 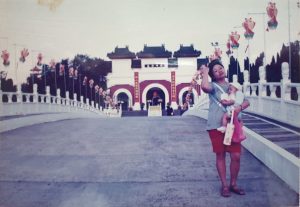 I was literally still a baby when we visited Chinese Garden as a family.

Anyway I went there in the morning hoping it wouldn’t be too hot and crowded but it was already filled with elderlies doing morning exercise. So, I walked around Chinese Garden and spent around an hour taking photos. At first I wasn’t sure what I was going to be focusing on my zine and took a bunch of photos that had shapes, lines and textures. But halfway through the hour, I realised that there were actually a surprising number of reoccurring shapes in photos. So I tried to categorise the shapes and came up with the idea to match and align the shapes side by side. And I was able to find quite a few matching ones. 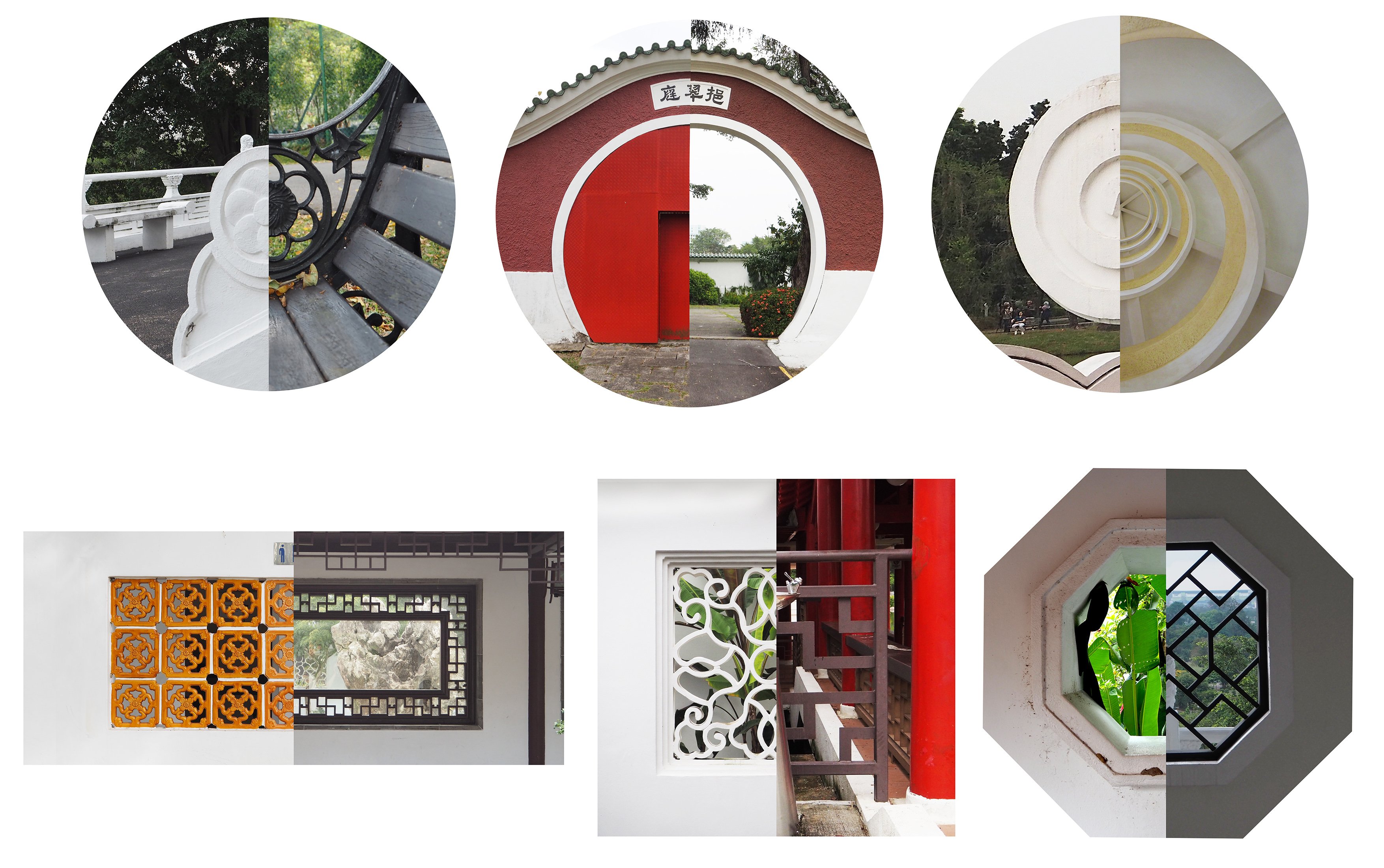 Then I had to put these together into a zine and figure out the layout. I started by looking at references and inspirations on pinterest. I tried looking at more geometric layouts? Hoping it will have some relation to my focus on shapes. 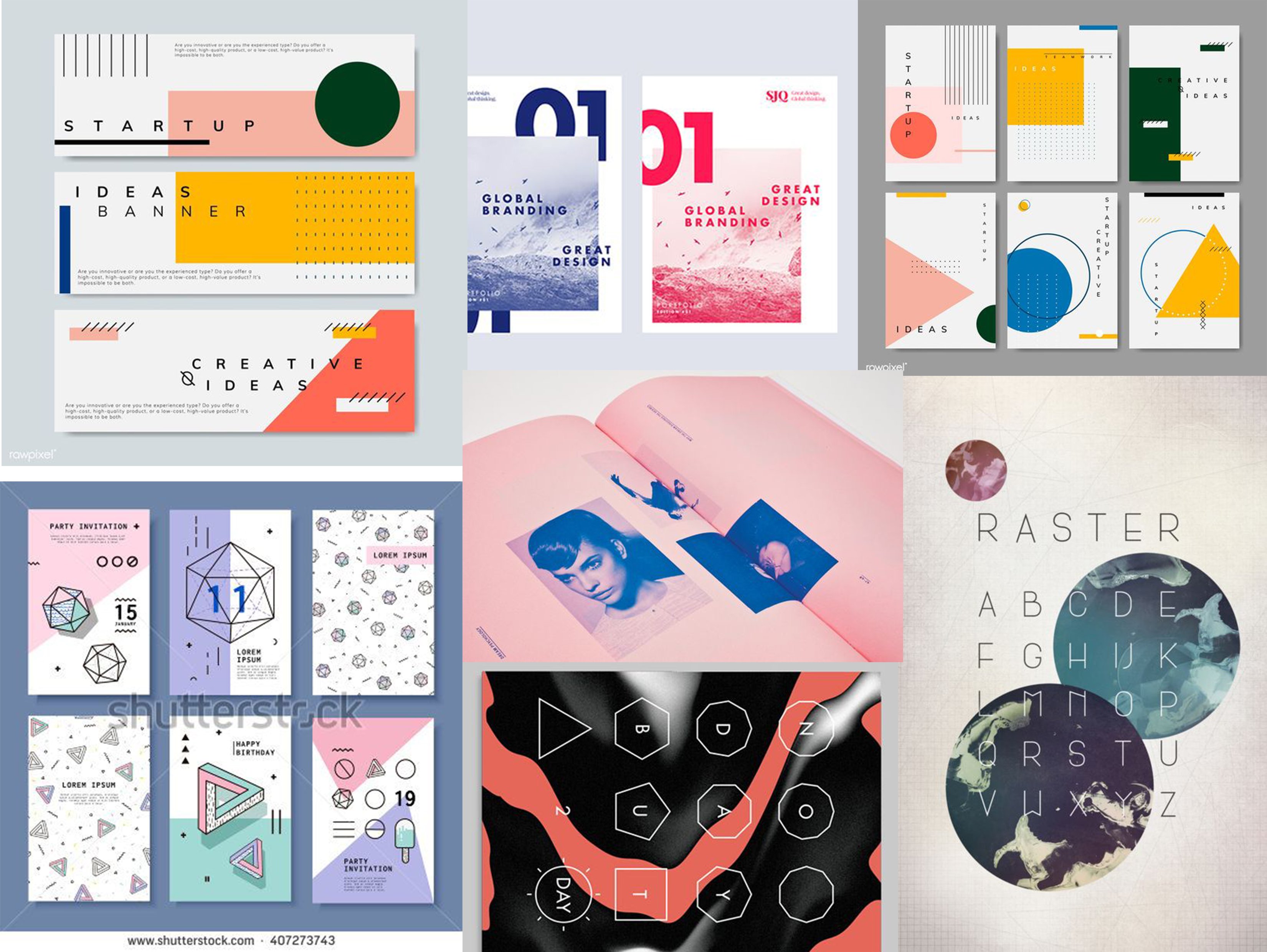 But after consultation with Shirley, I realised I haven’t been looking at enough zine inserts layout, but mostly cover pages.

This was the rough mock up I had after consultation with Shirley.

This are the drafts I had for the various pages. Honestly I was very lost and quite unsure of the overall look I was going for. 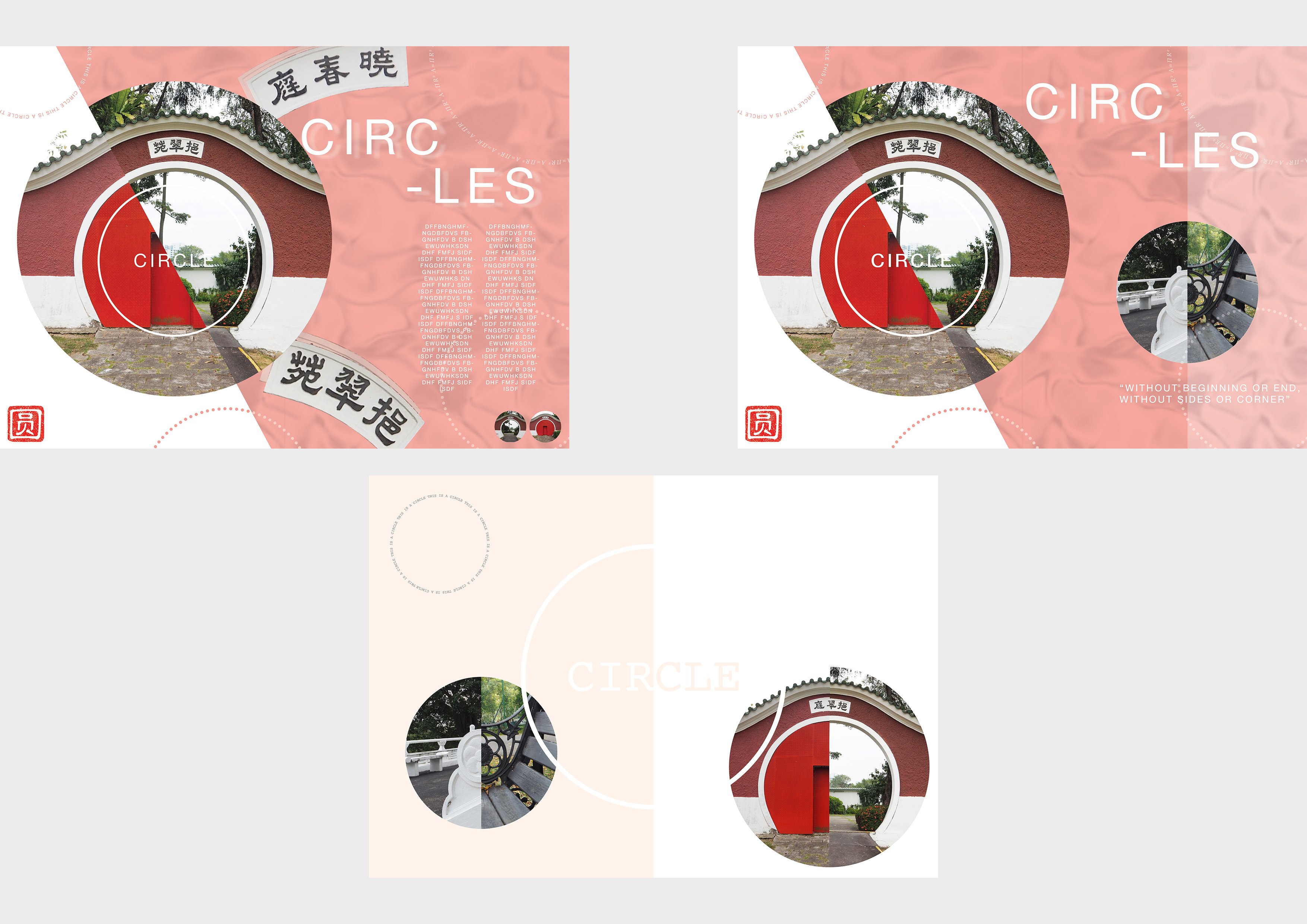 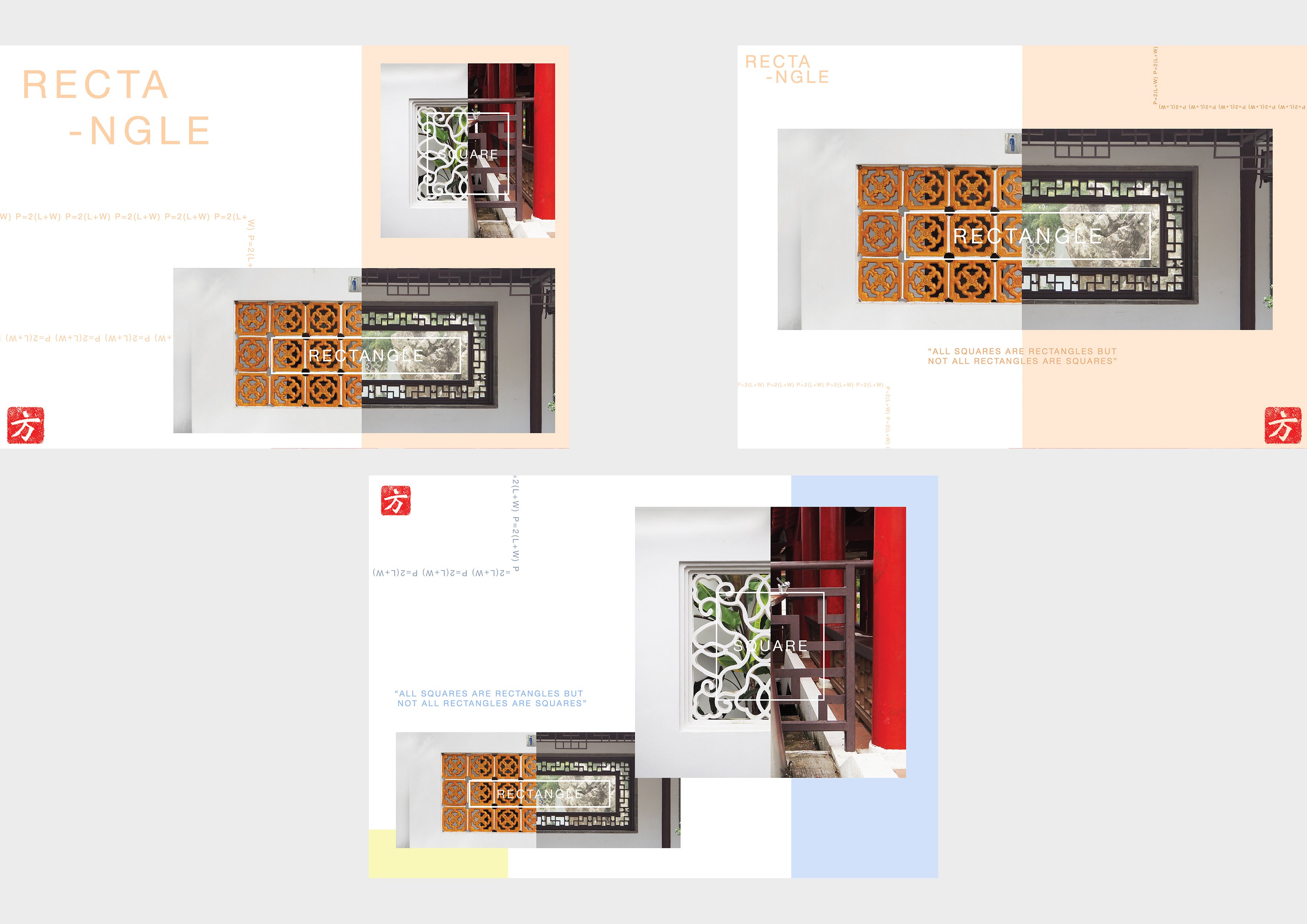 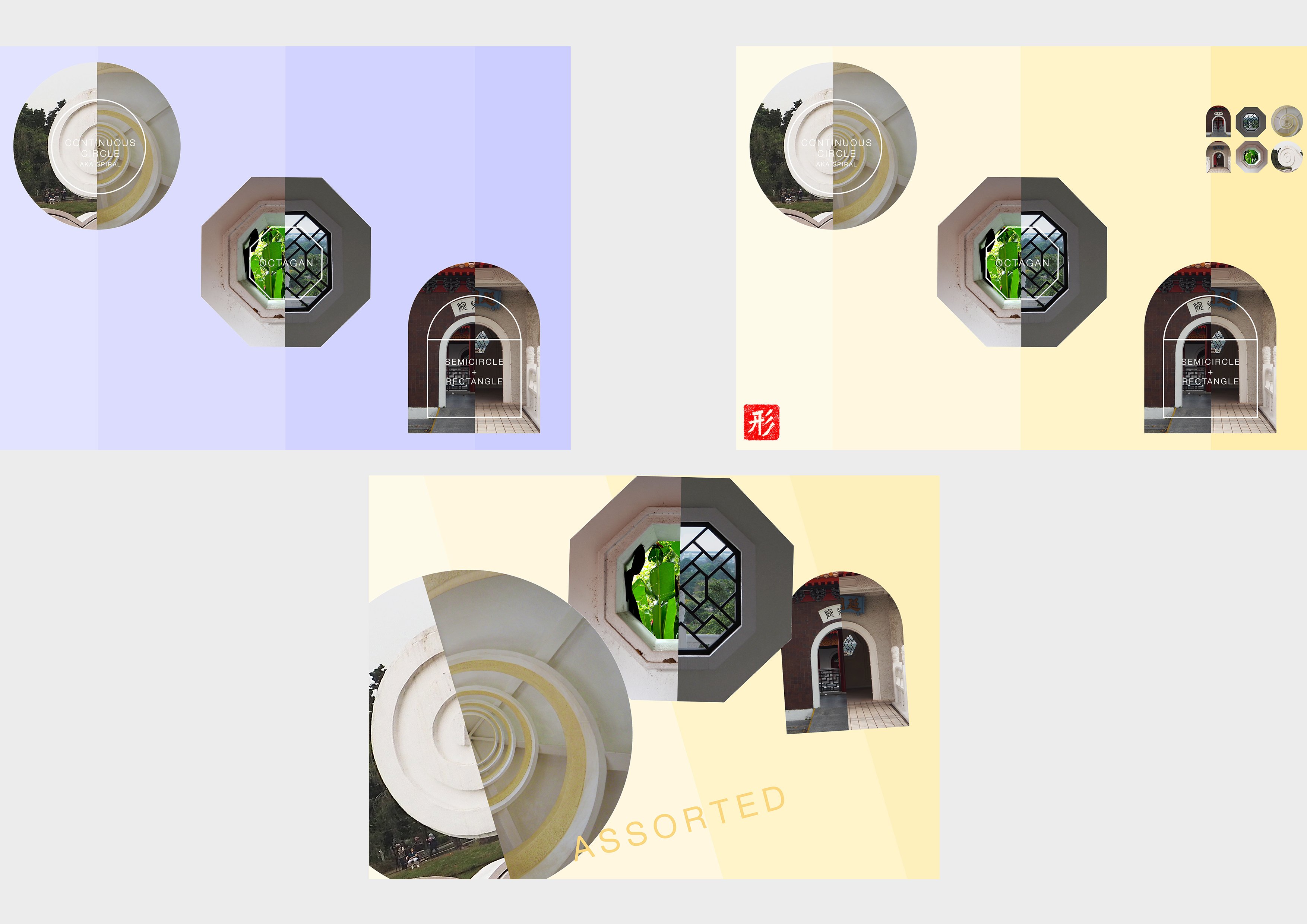 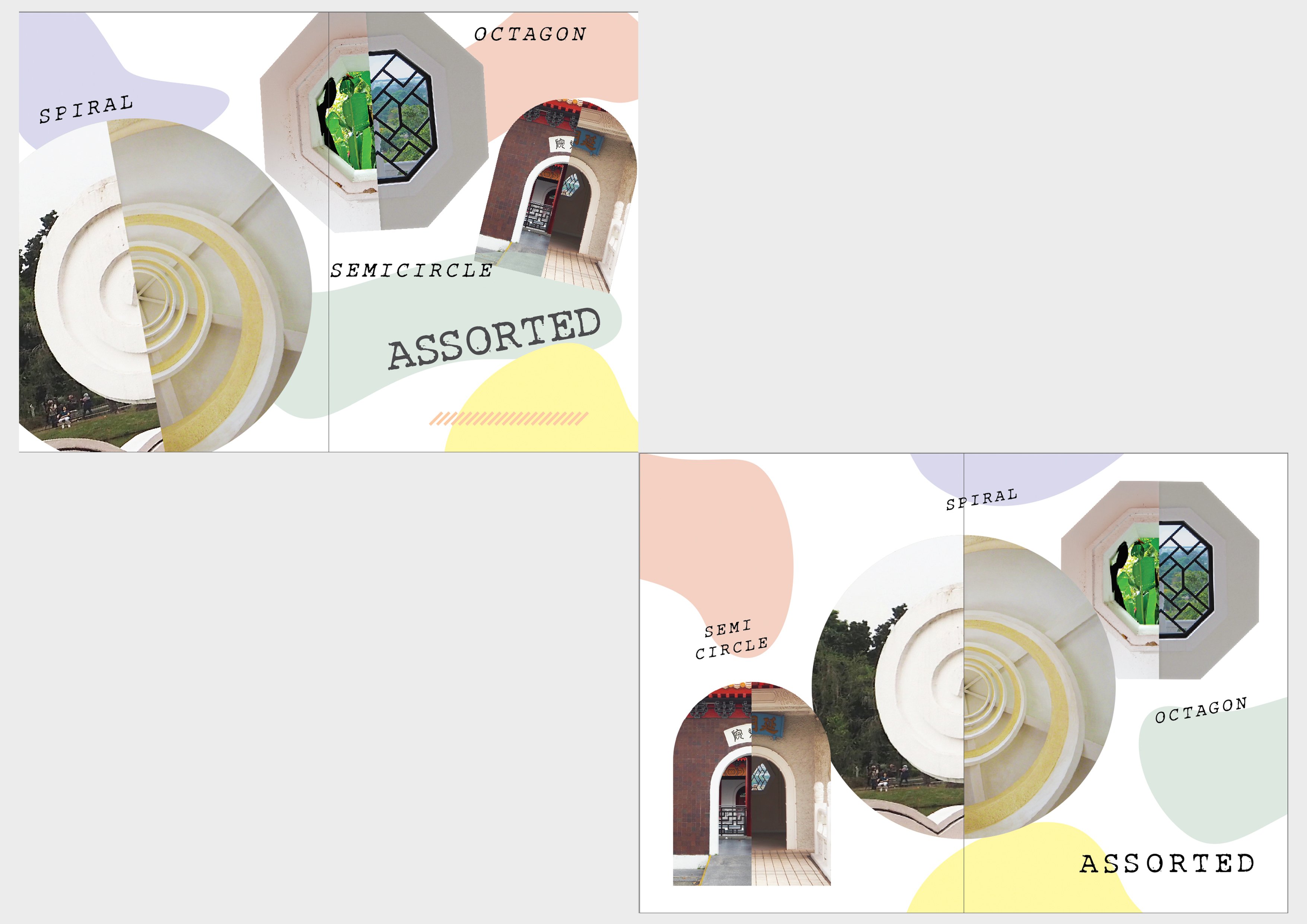 Then I got most of layout somewhat finalised on the second last week. 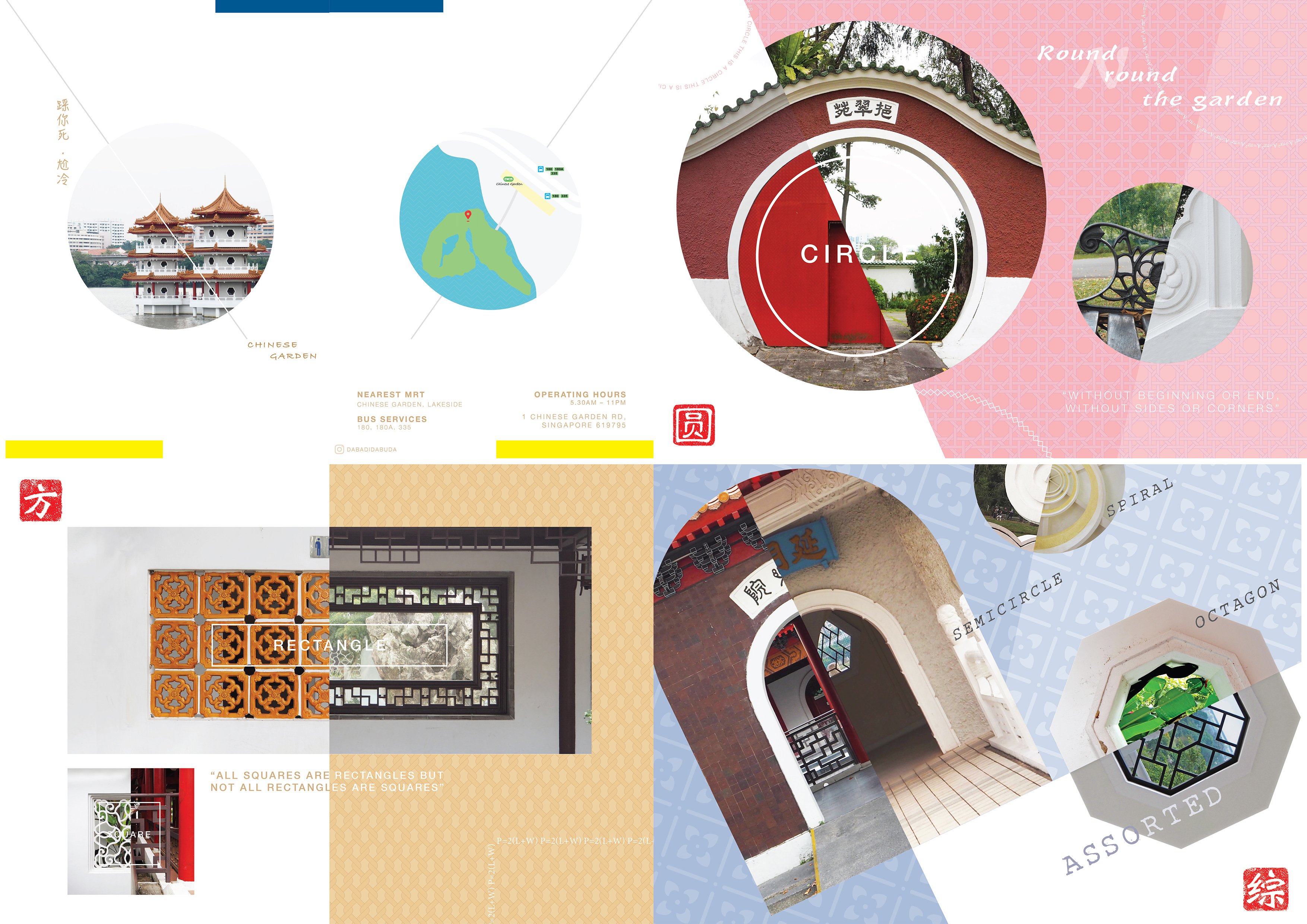 Consulted with Shirley one last time and made some final amendments.
Final Design: 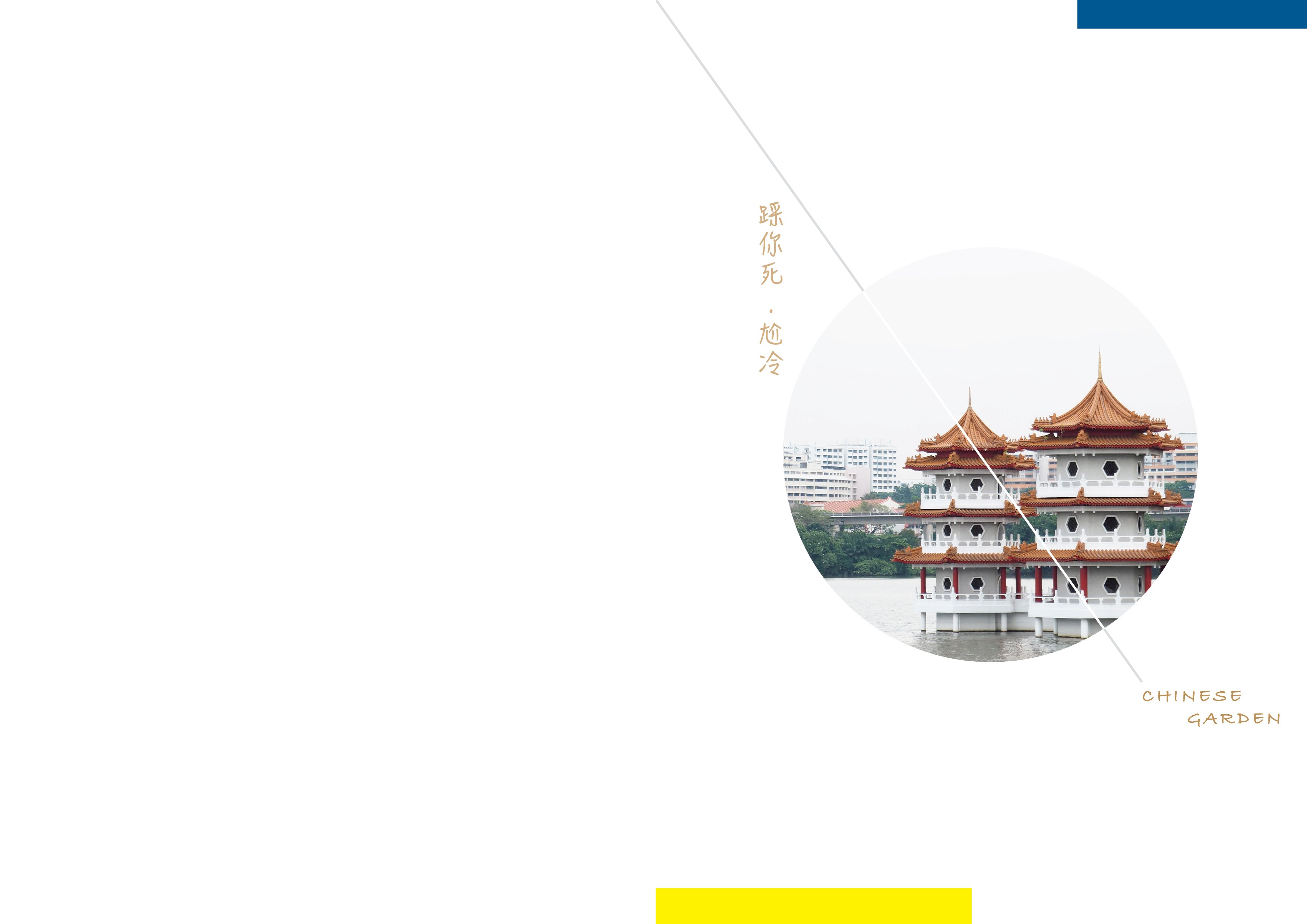 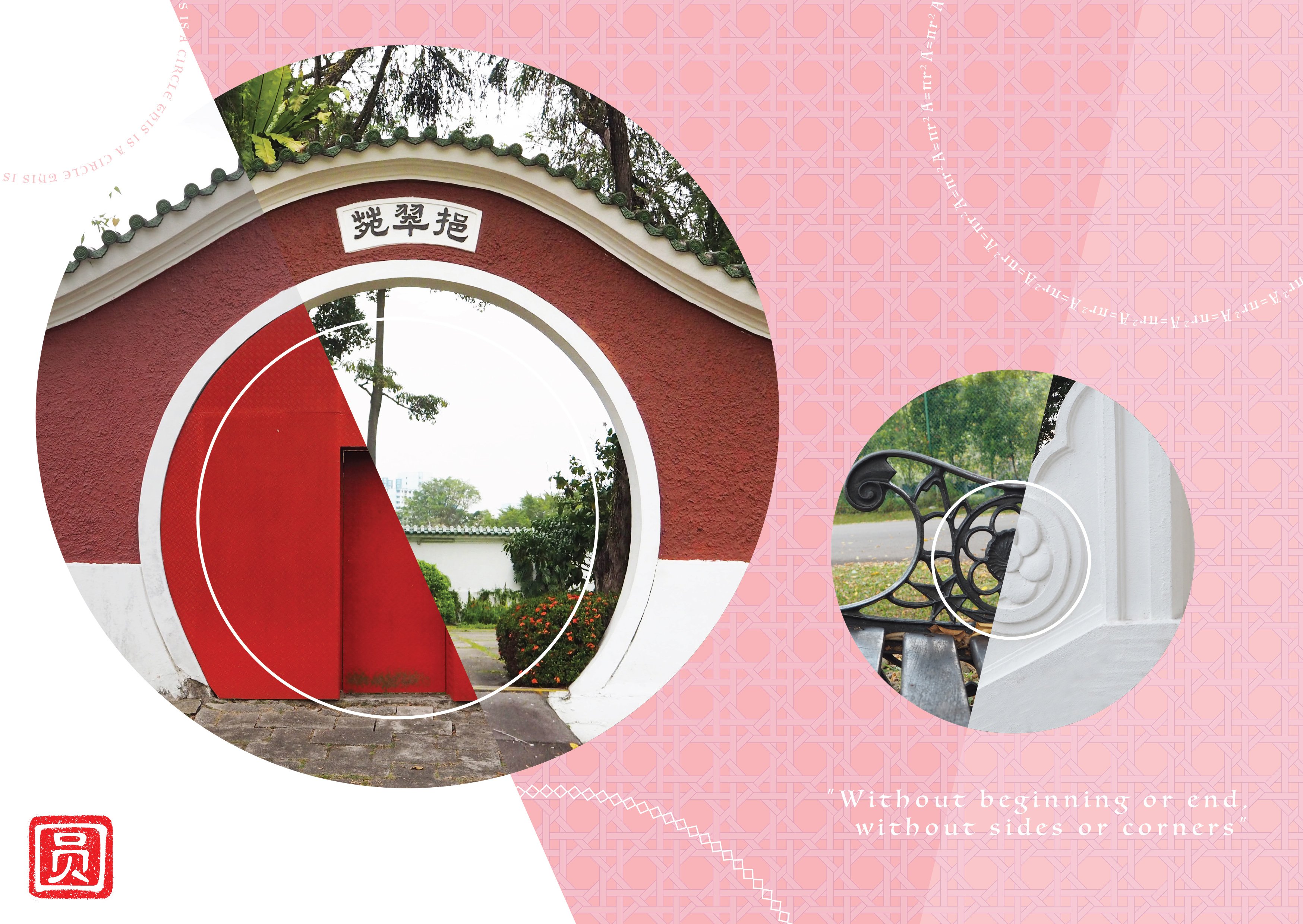 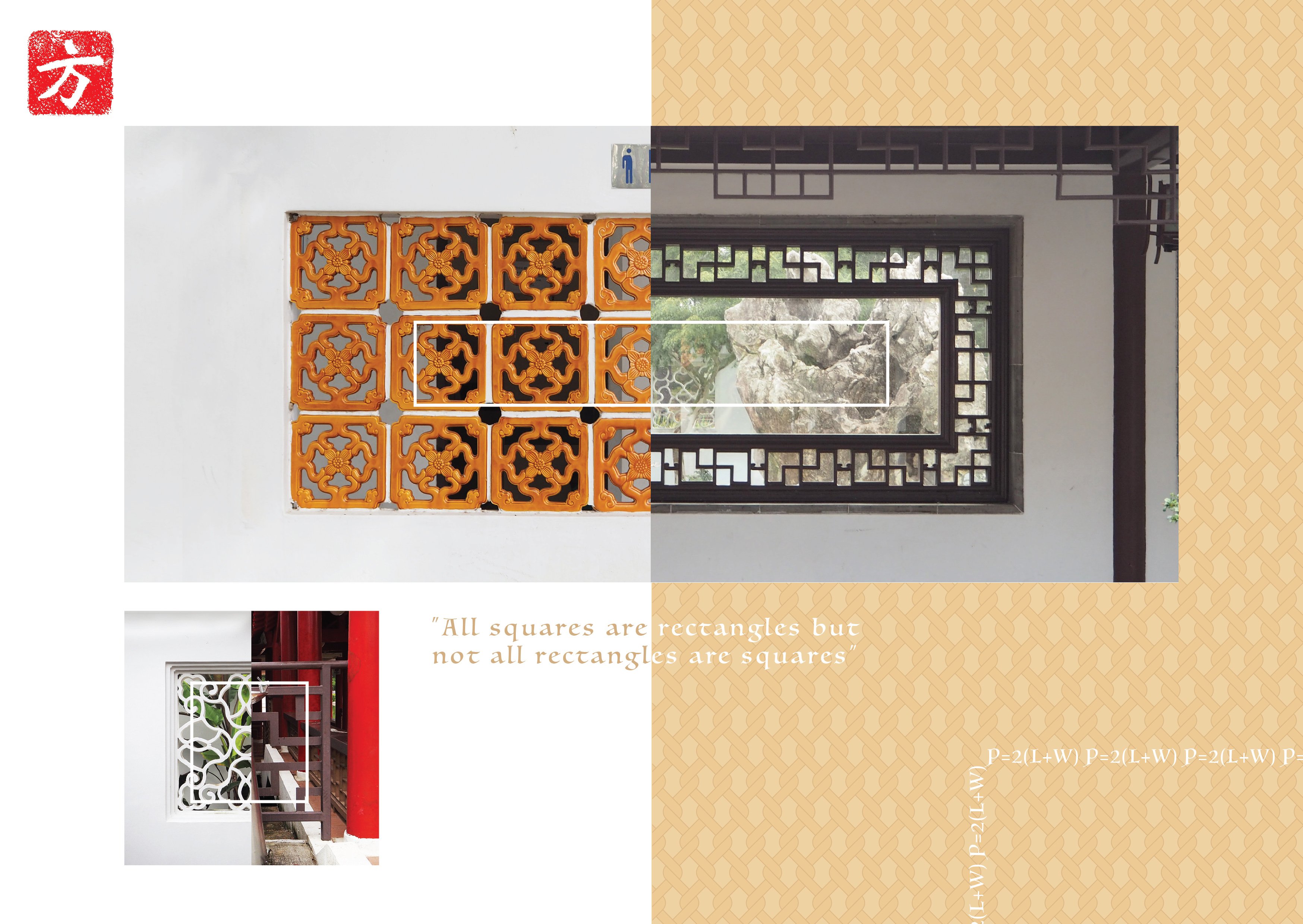 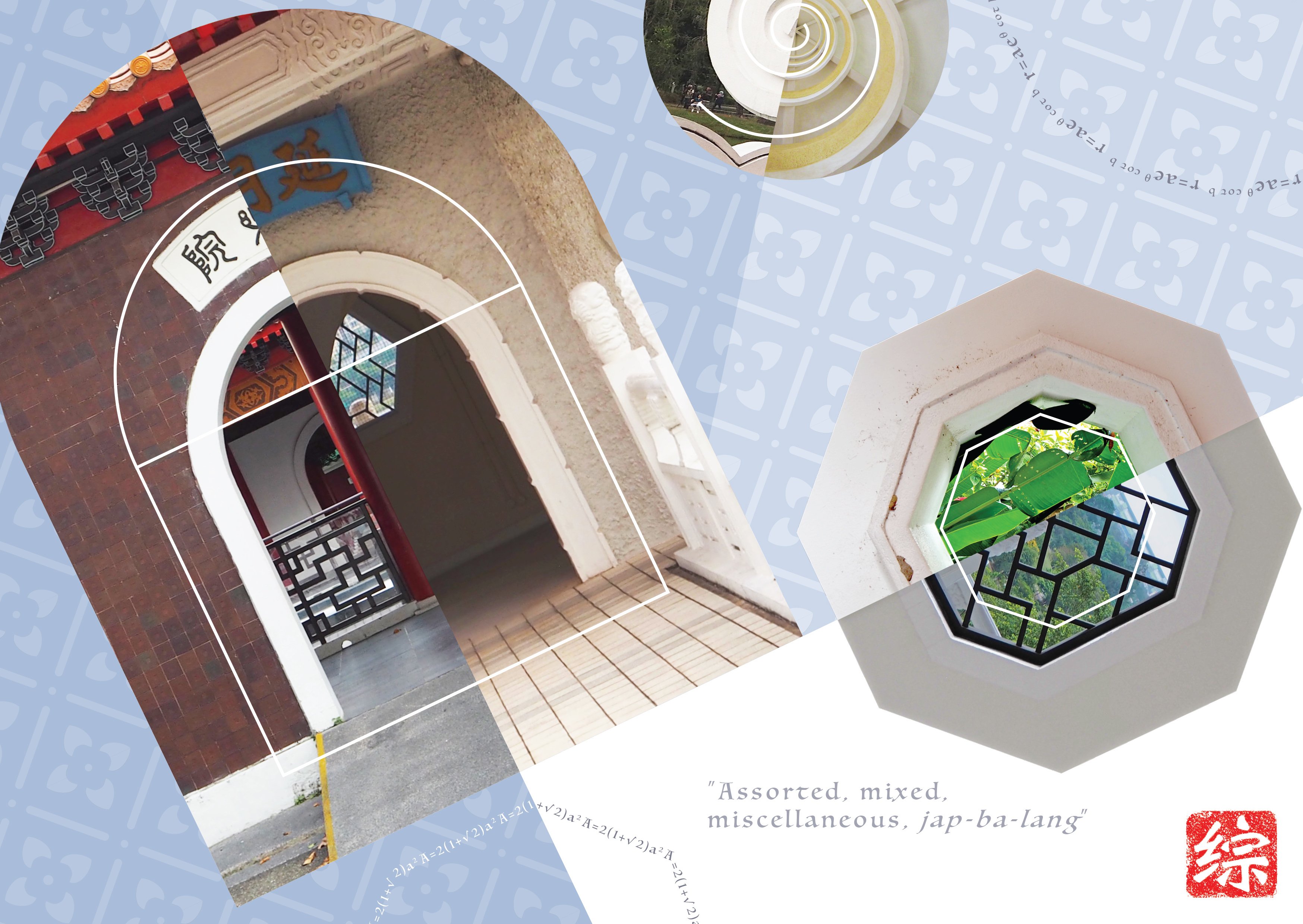 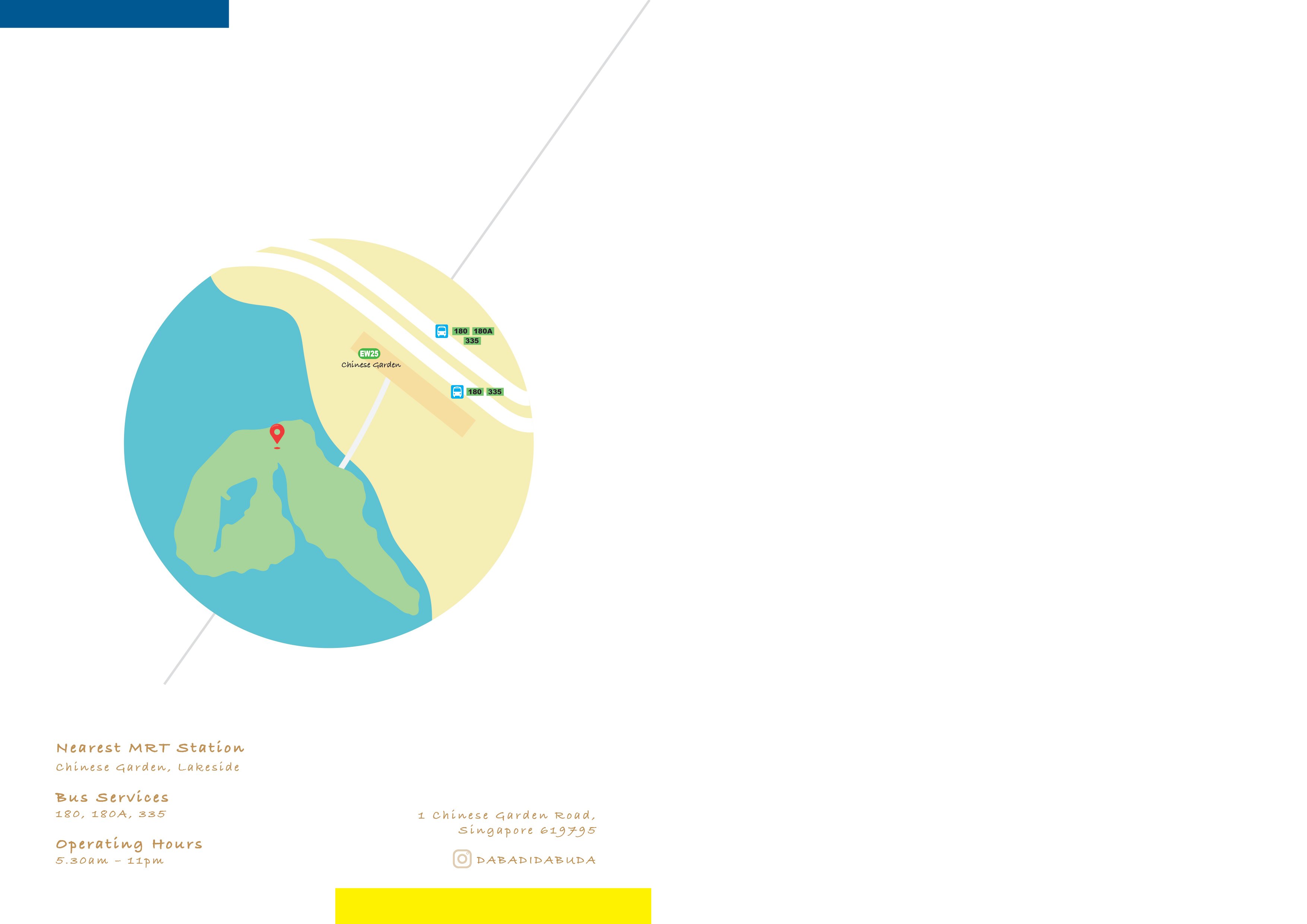 PRINTING
Despite being the final part of the project, I faced many issues during the printing process. First being the paper alignment. The test print of the spread would turn up perfect but when printing using a thicker paper, the alignment becomes waaay off. And because of the wrong alignment, folding along the centre line is impossible. I had to compromise the front and back pages so as to make the middle inserts match. 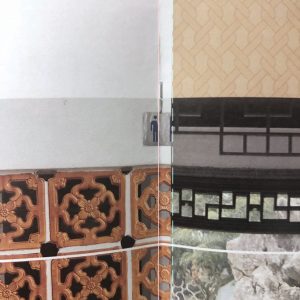 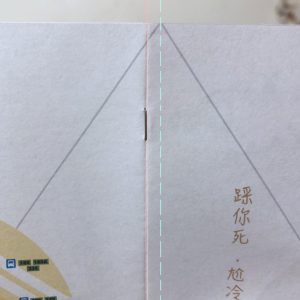 Luckily, one of the print outs had a vertical misalignment and not a horizontal misalignment so I could make it work with the bleeding. Though the colour was a little darker than I would have preferred.
FINAL BINDING 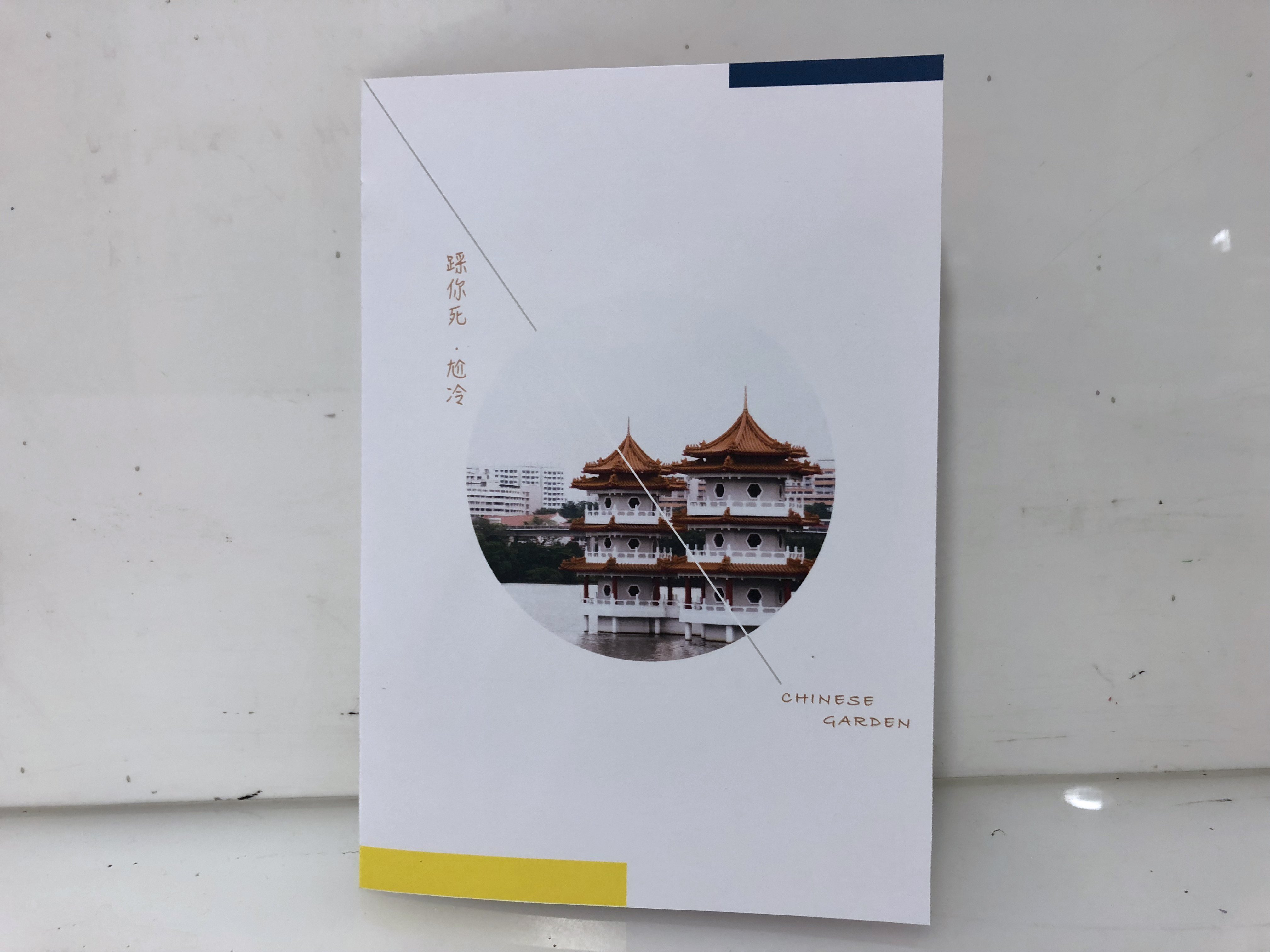 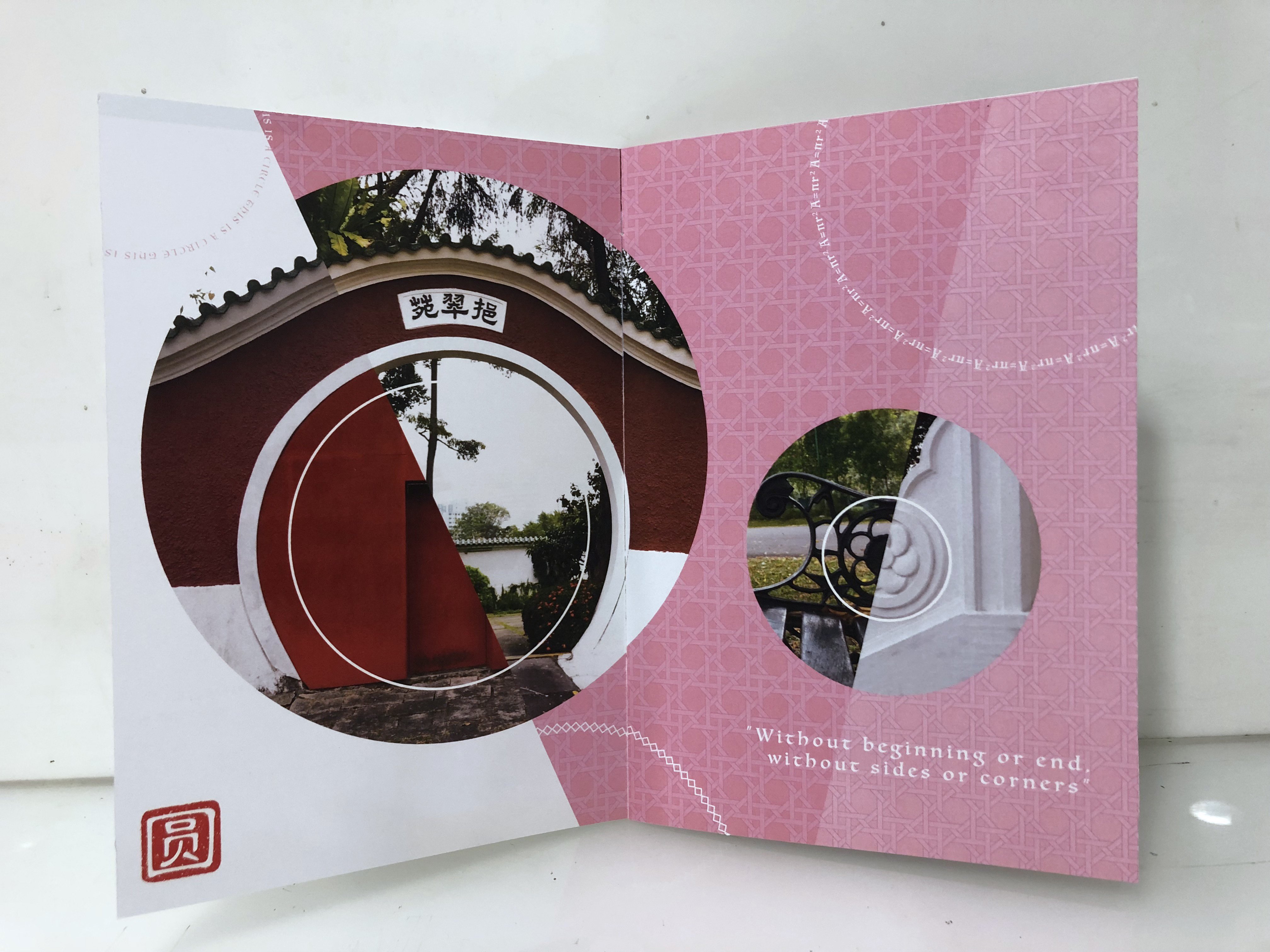 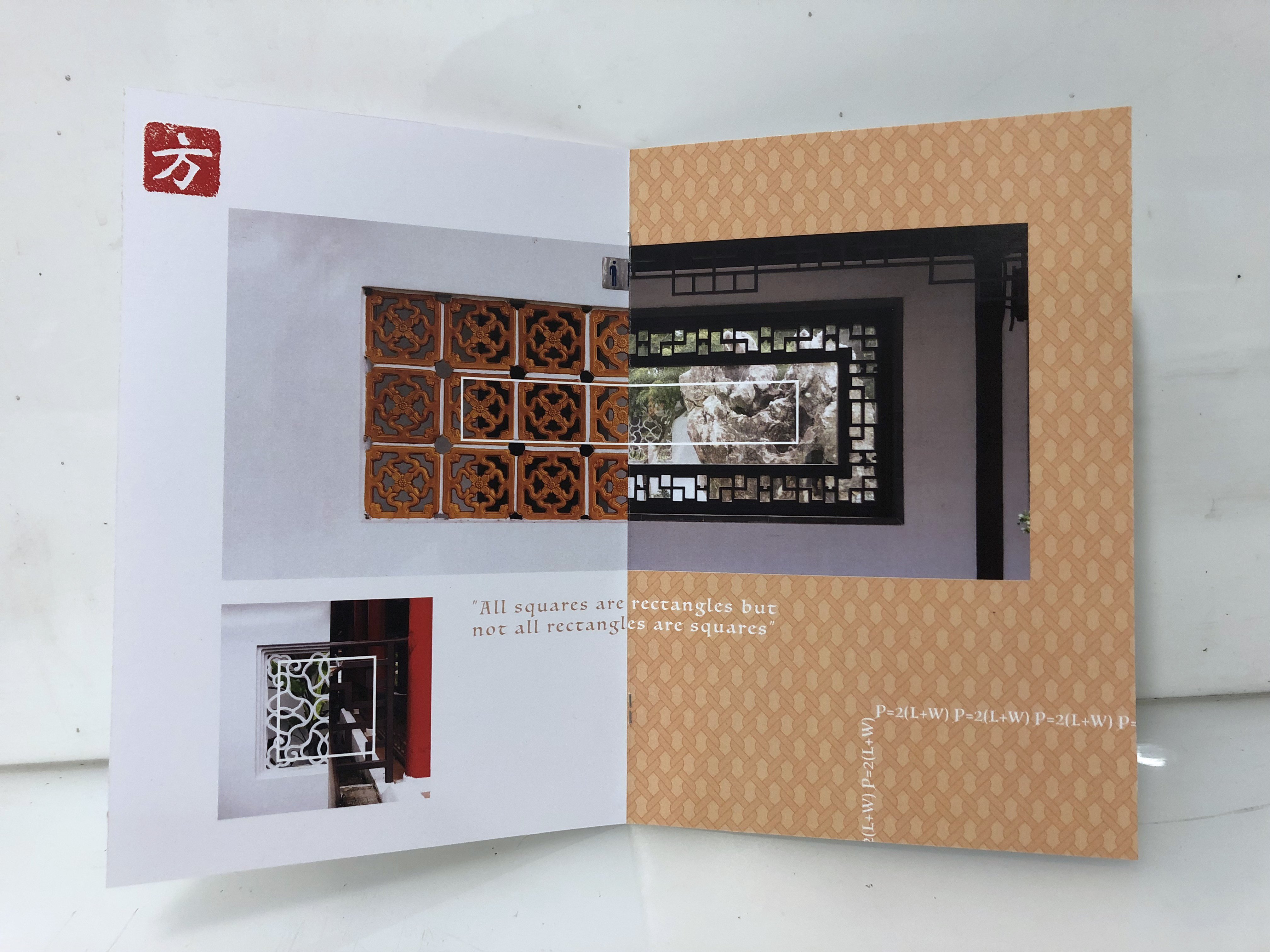 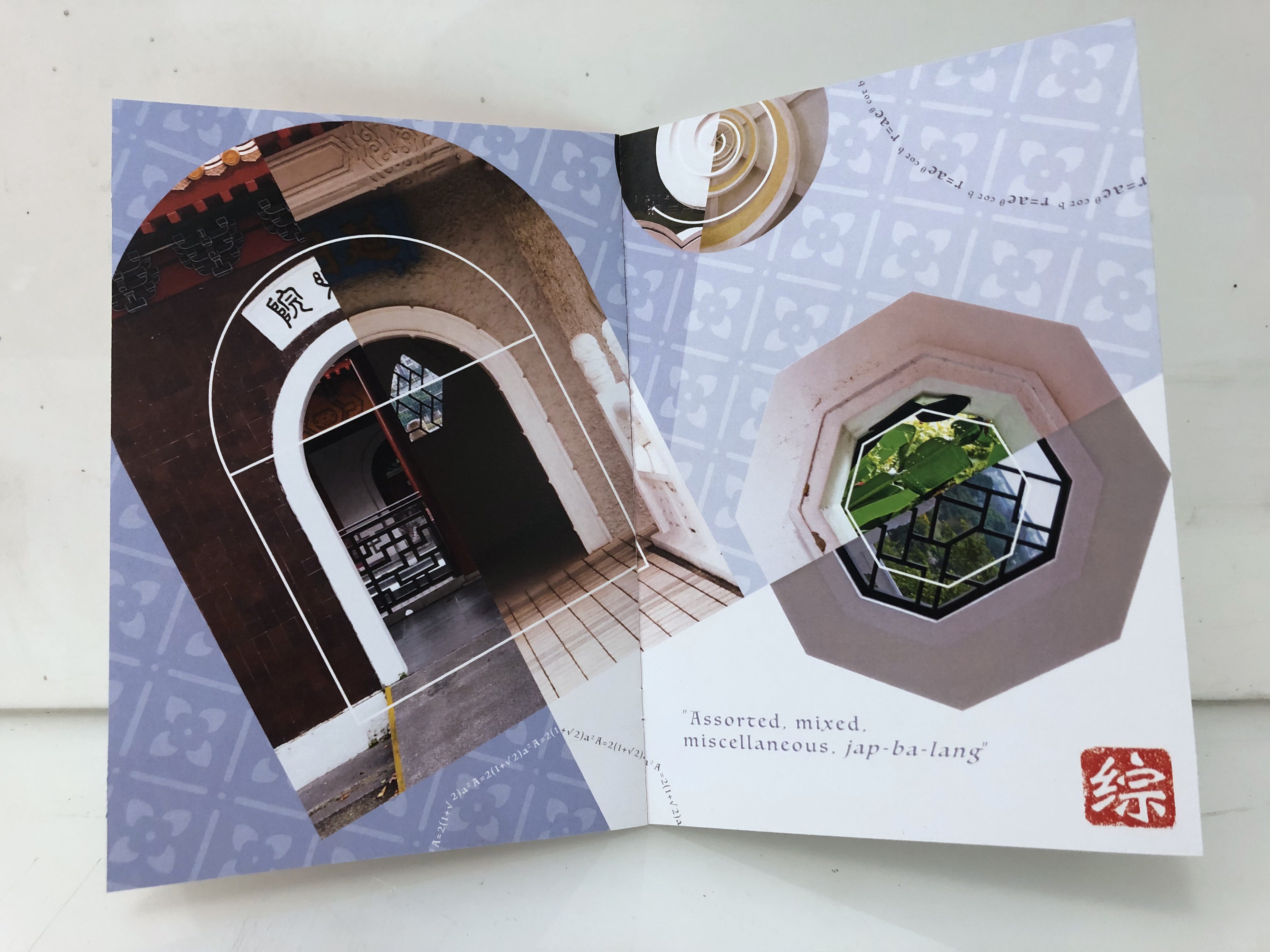 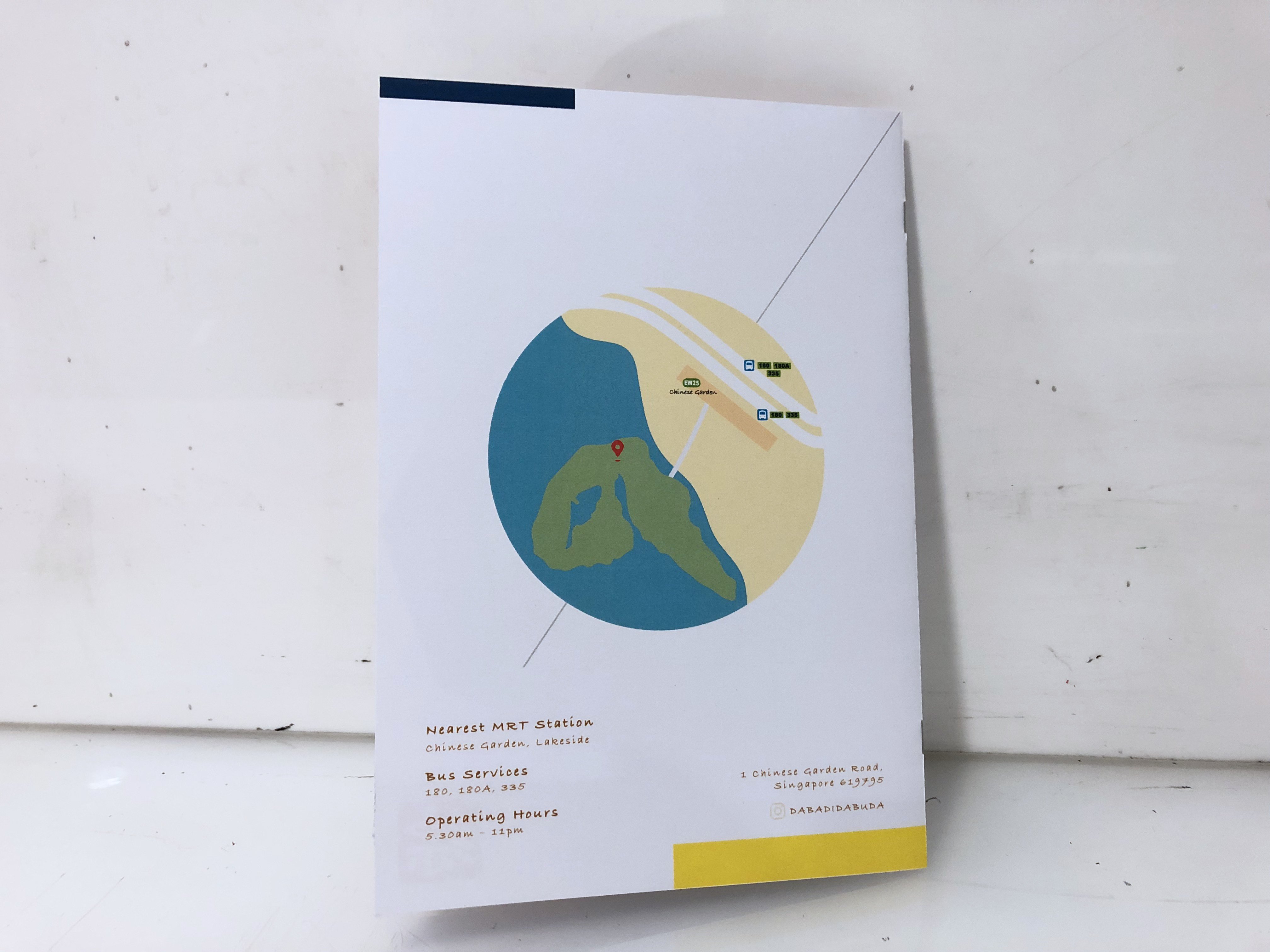 REFLECTION
From this project, I finally got to learn how to use InDesign. Something that seemed really intimidating to me at first. At the start, I was still trying to use Photoshop to plan out my layouts cause I wasn’t confident in my InDesign skills. But eventually I began to start using InDesign and actually got used to using it halfway through the project. Honestly, I’m not so much of a VisCom student and coming up with the layout kinda stressed me out. I was stuck even with artist references. BUT I’m glad I managed to pull this through and had a quite decent outcome?