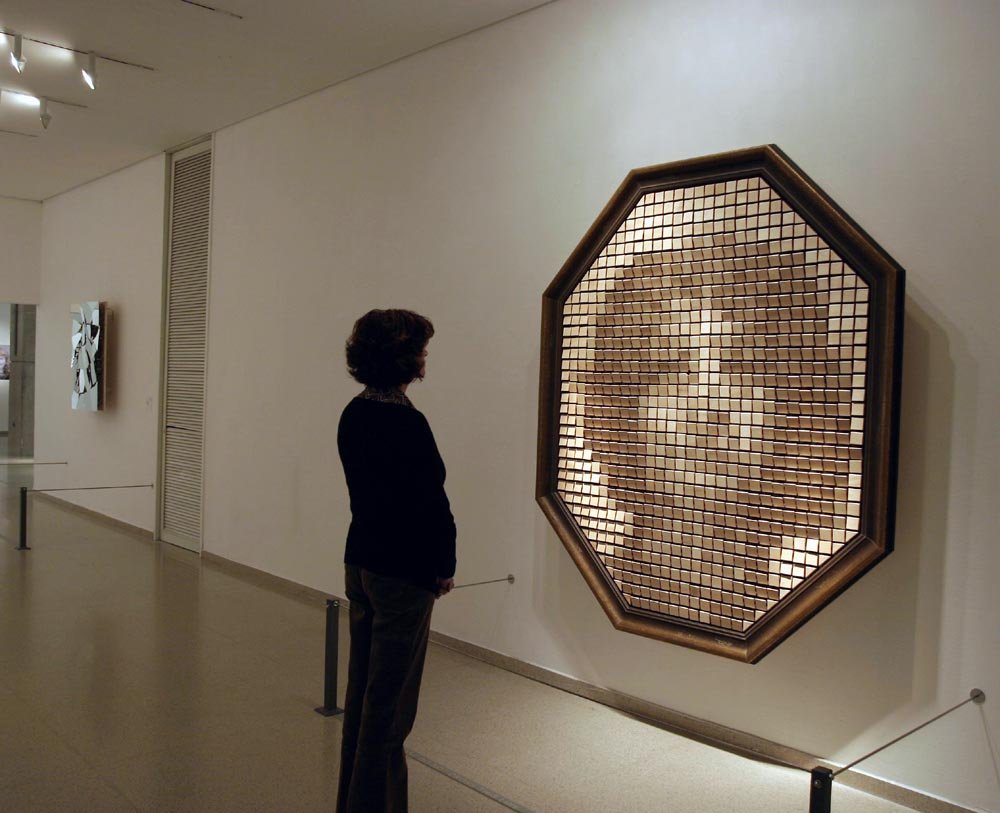 In his essay, Manovich questions what is new media, and where do we draw the line in defining this medium. He decides that defining it by the use of computerisation for distribution “is too limiting.” He instead focuses on the five principles that could define a new media piece, namely, numerical representation, modularity, variability, automation and cultural transcoding.

Memory foam applies the principles of modularity, variability and transcoding to certain extents.

“New media objects are object-oriented, composed of parts made up of smaller parts reminiscent of a ‘fractal structure’.” – MANOVICH on the principle of modularity.

The mattress and frame set up is a large piece that comprises of smaller parts such as each lightbulb and button is a singular circuit that is replicated 32 times across the structure.

Daniel Rozin has produced several artworks that function as mirrors but use materials that are seemingly non-reflective, such as the wooden mirror. In a way, his work is modular and similar to ours as each of his 830 rotating wood pieces are controlled by a tiny motor.

“A new media object is not something fixed once and for all, but something that can exist in different, potentially infinite versions” – MANOVICH on the principle of variability. 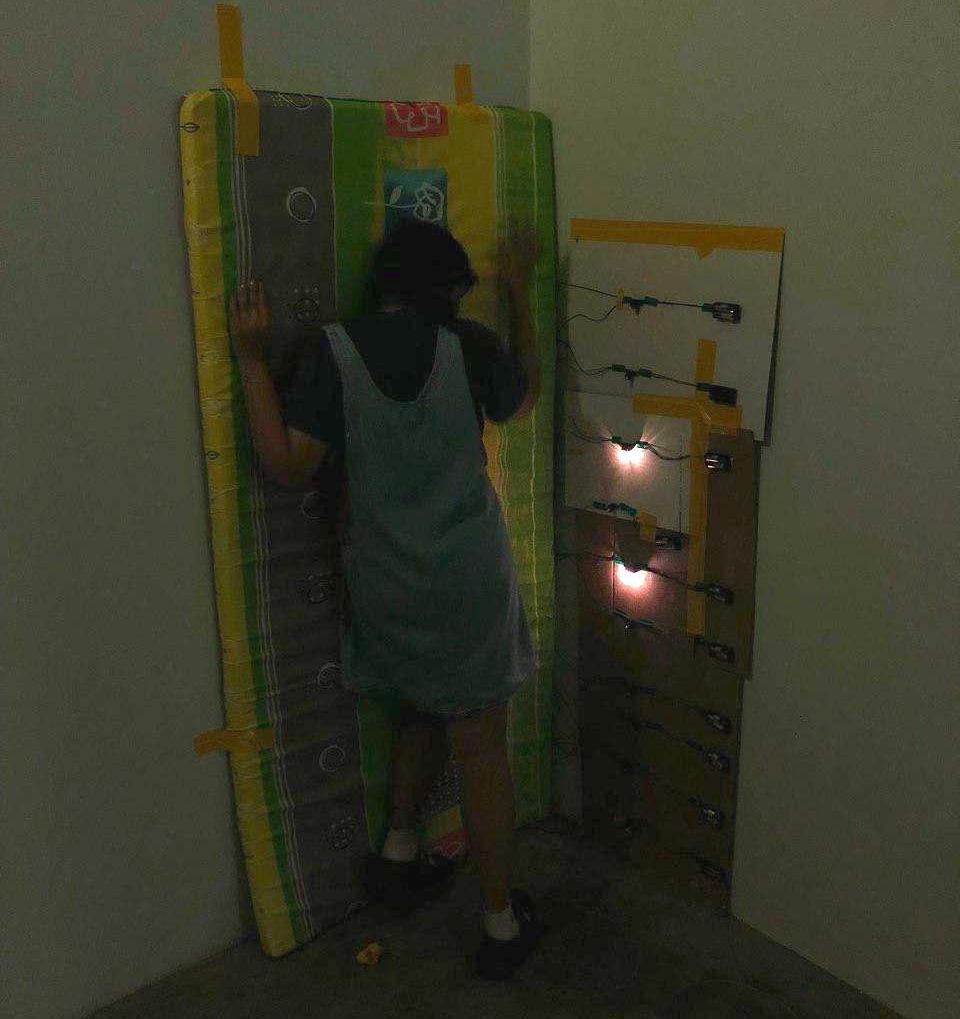 Our project carries the idea of variability through the participant’s natural instinct of interacting with different parts of the mattress to light one or more of the 32 bulbs on the adjacent plane and activating the sound for an amount of time that is specified by them. To a certain extent however, like Manovich mentions about selection, we have a set of pre-ordained buttons and bulbs that limit the options and outcomes it produces for the participant. They can only affect how the bulbs react to the extent that we have allowed. (Selection of the bulb and duration of the bulb being lit and music being played)

However, after some discussion, we realised that the piece is variable, in the sense of how it is built. We could use more or less than 32 bulbs, and how the bulbs manifest, in terms of colour, dimness, type, and in this sense, the work is infinitely variable.

Manovich defines transcoding as “the “reconceptualization” which occurs during computerization, the transformation of media into computer data.”.

Memory foam does not use heavy computerisation, or transform media into data, but it does this metaphorically. When the mattress collects an imprint of the human body, it translates this ‘data’ into the lightbulbs lighting up on the other side and the sounds that it plays through processing, for as long as the pressure is applied to that part of the surface.

All in all, these concepts Manovich presents about new media can be applied to the most simplest part of the installation. At its basic level, the installation is a simple light circuit with an aluminium contact switch replaced. Our challenge was to replicate this modular circuit 32 times across the mattress and add the element of sound with simple processing.