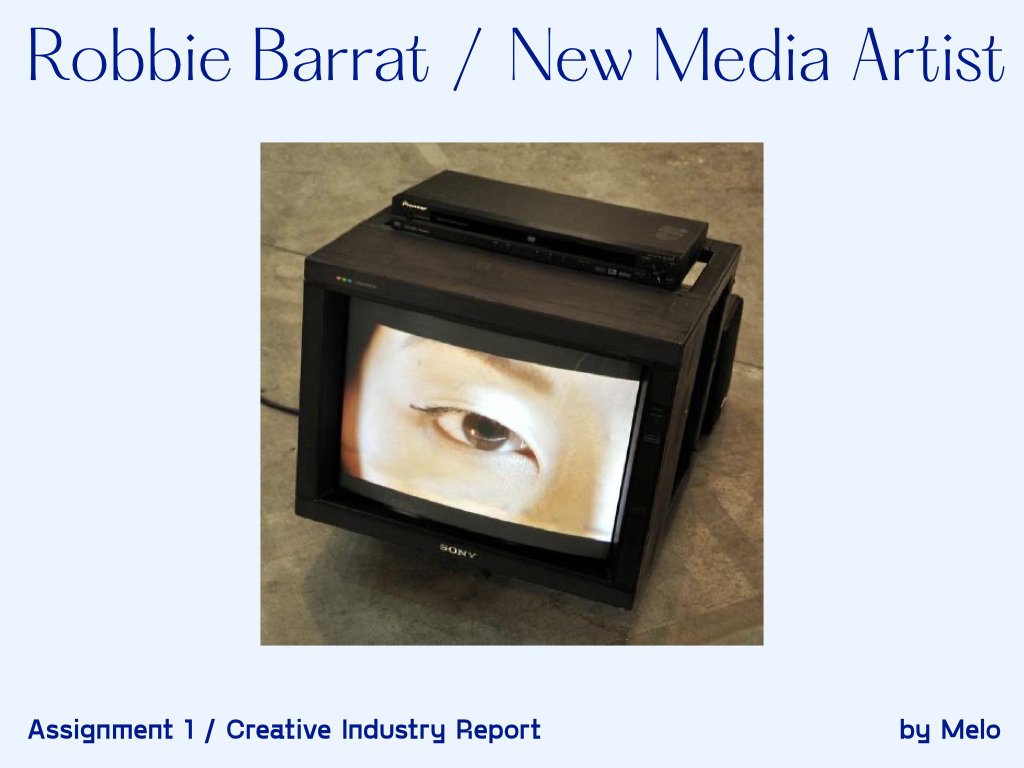 Robbie Barrat is a French new media artist who inspires me. He works with machine learning and AI in his projects.

Robbie started experimenting with AI art at the age of 17, and he is now 19.  He is a self taught artist from France who people have been calling an AI prodigy. Most well known for is his development of the open source code at 17, that a French art collective, Obvious, ripped off to create the AI portrait that sold for $432,500 US dollars at Christie’s, an auction house in New York. The image, using his code, was conceived through generative adversarial network training (GAN). A computer network would produce new portraits after being fed hundreds and thousands of images of portraits. Another computer would then look at the generated portrait and discriminate if it was convincing enough to be considered a new piece of work. He did mention that the collective took advantage of the open source project that he put up on his page. 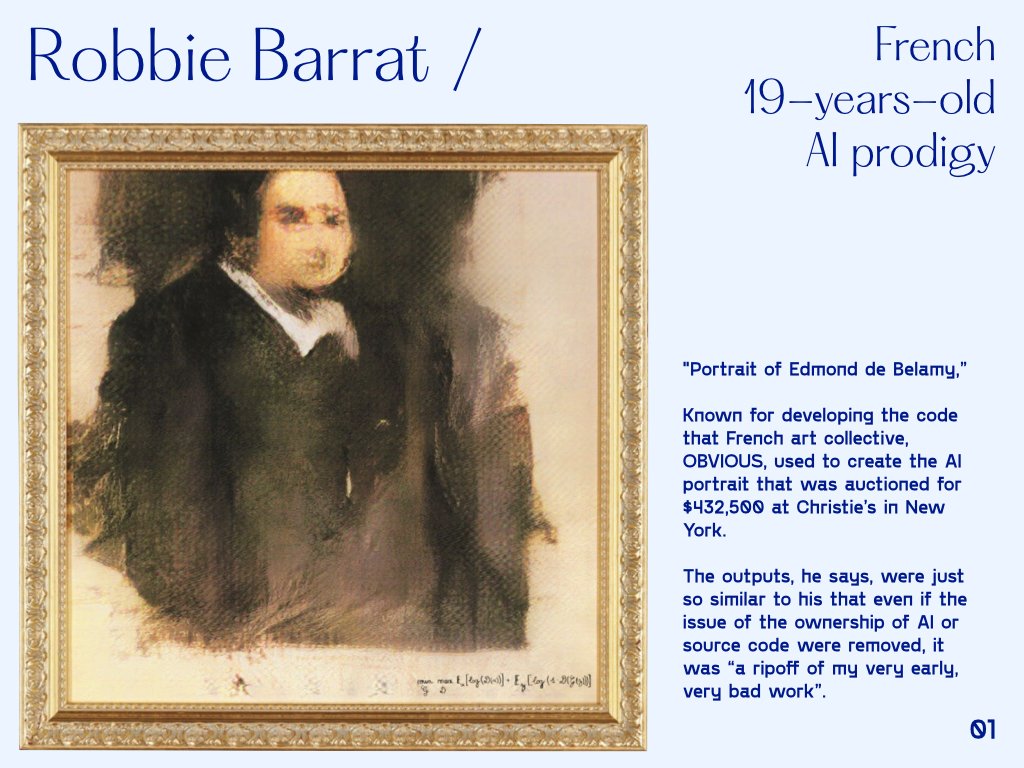 One of his works that I really enjoy is Infinite Skulls. It is a collaborative project with french painter Ronan Barrot. Ronan paints skulls when he has extra paint from when he’s doing his main painting and ends up with a few thousand painted skulls which Robbie used in training his generative adversarial networks to produce new skulls created through machine learning, ending up with a series of Infinite Skulls. 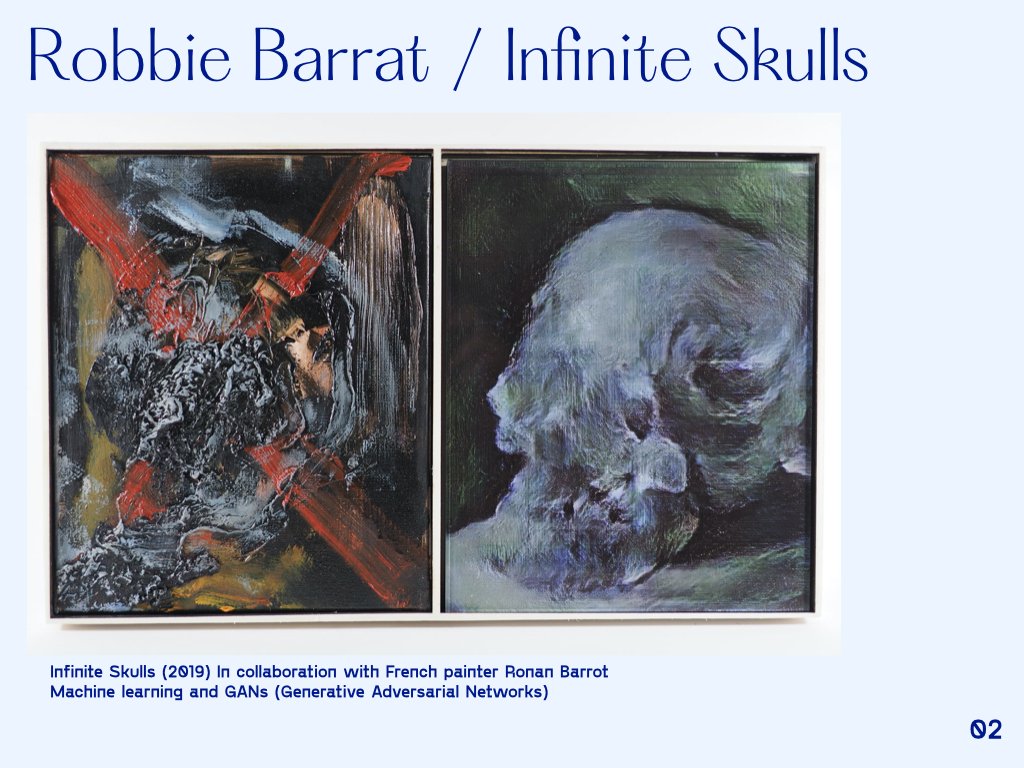 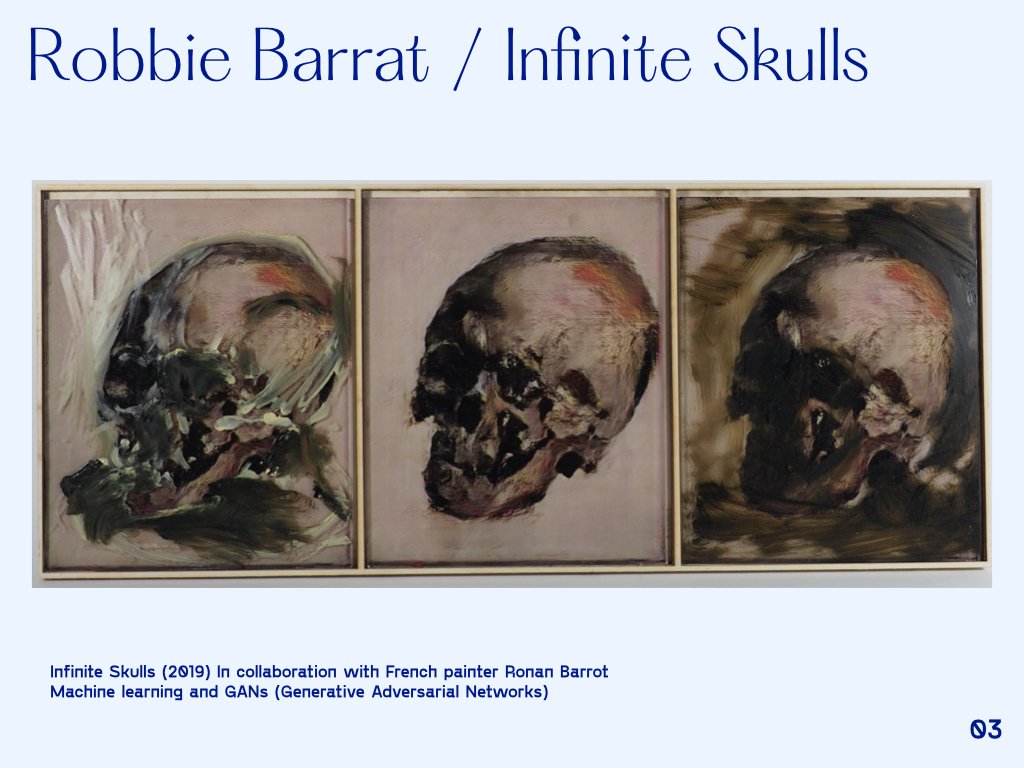 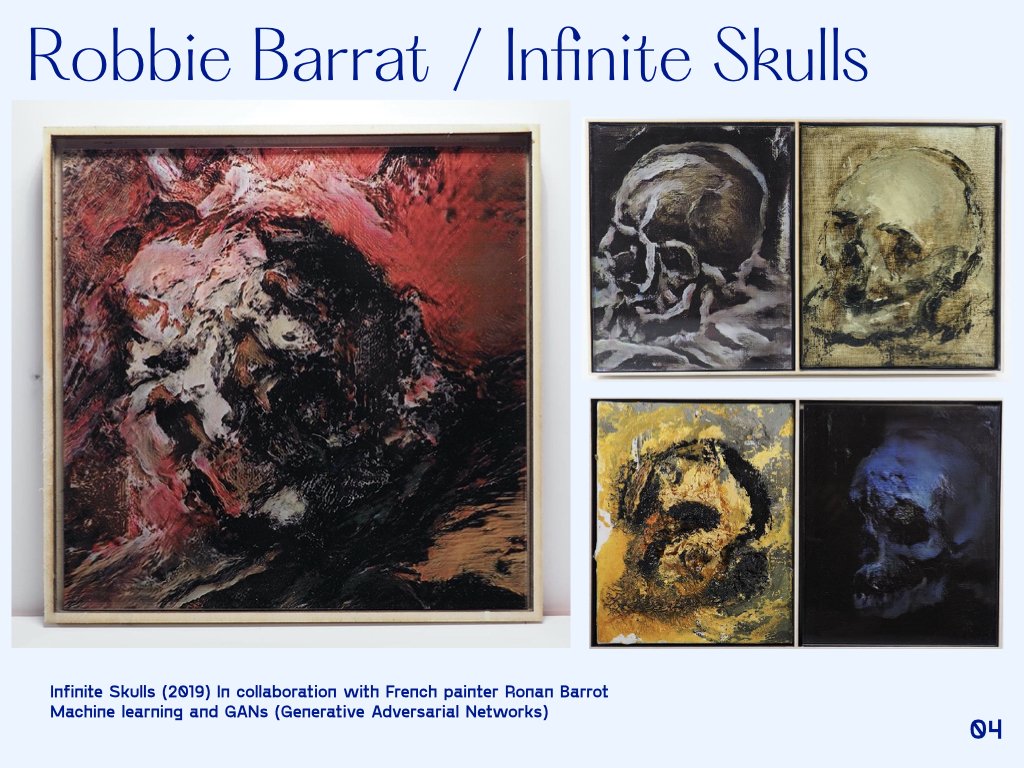 I am intrigued by this project because he recycles the work that the painter did not intend to show and gives the skulls a whole other life, sort of like breeding new paintings. The art that he creates is not the new images of the paintings per say, but the artwork is rather, the generative network that has been trained. By pushing the boundaries of the traditional ideal of a painting, Robbie also provides other artists and viewers with this sense of openness in art creation, which is really inspiring. 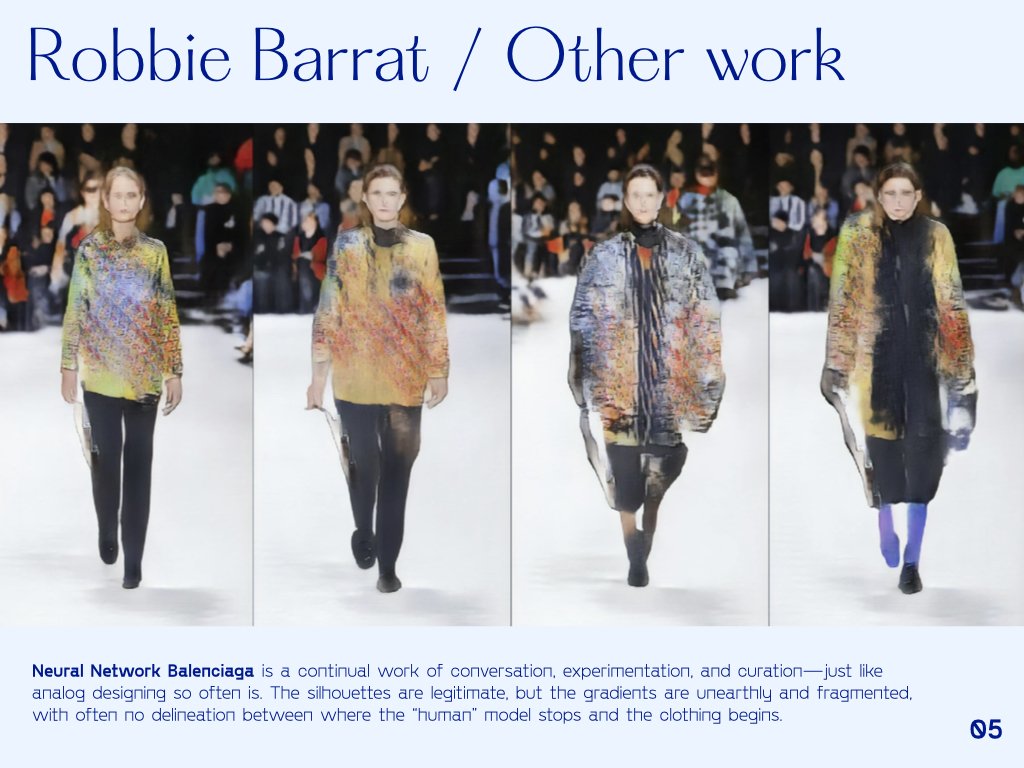 Robbie is now working on other art projects that use AI as a tool. The thing about him is that he is not trained in art, he does not have the technical skills to paint or draw masterfully but he has a strong grasp on machine learning and he uses that to step into the world of art-making. I find him very inspiring as an artist because he is constantly working on new ways to explore technology as a tool and this spirit of experimentation and redefining ideals is what I hope to embody when I work on my projects too. 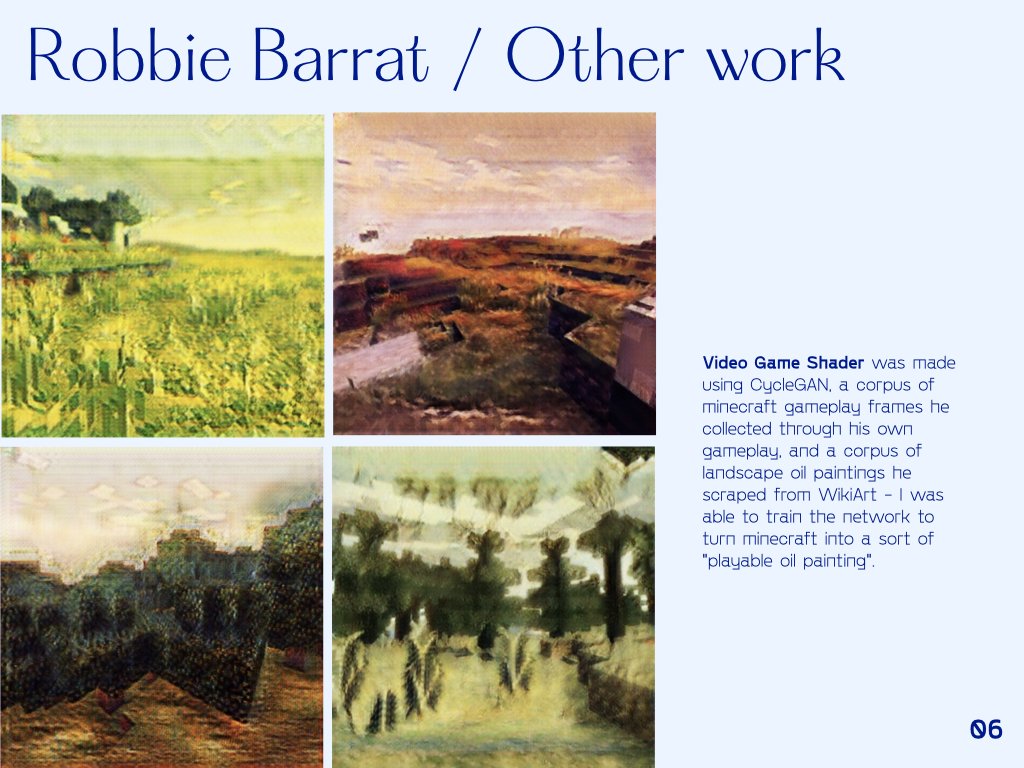