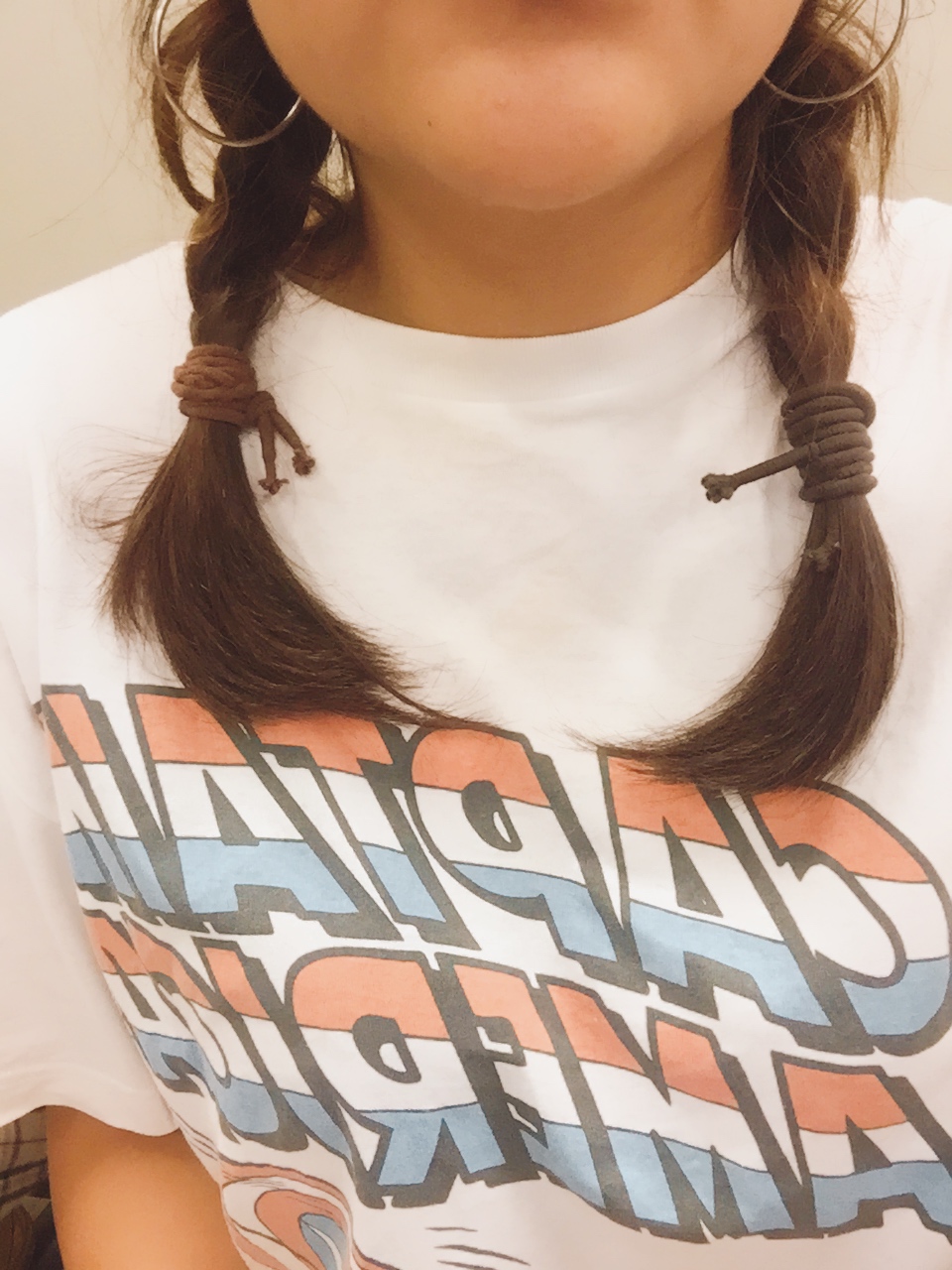 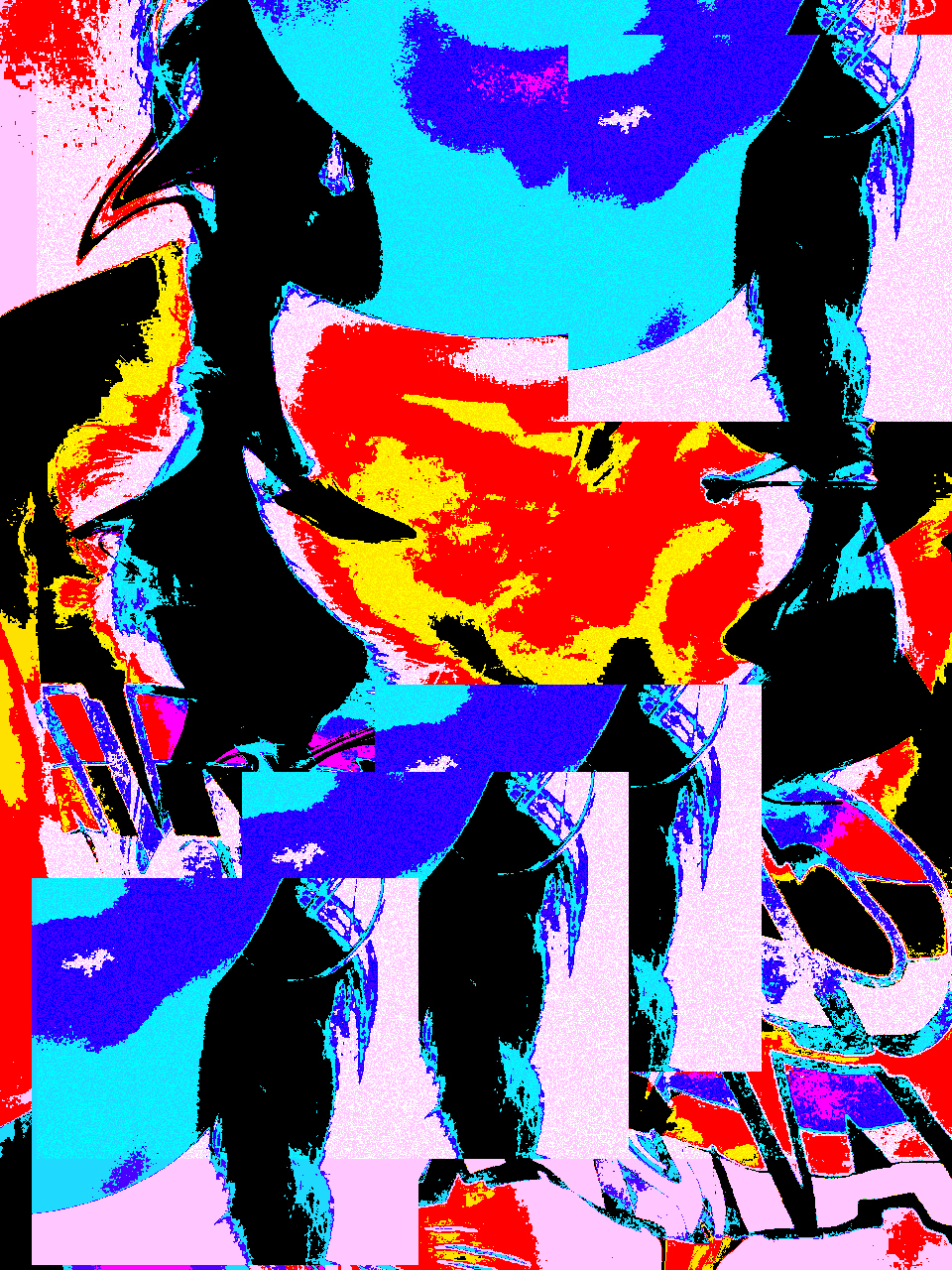 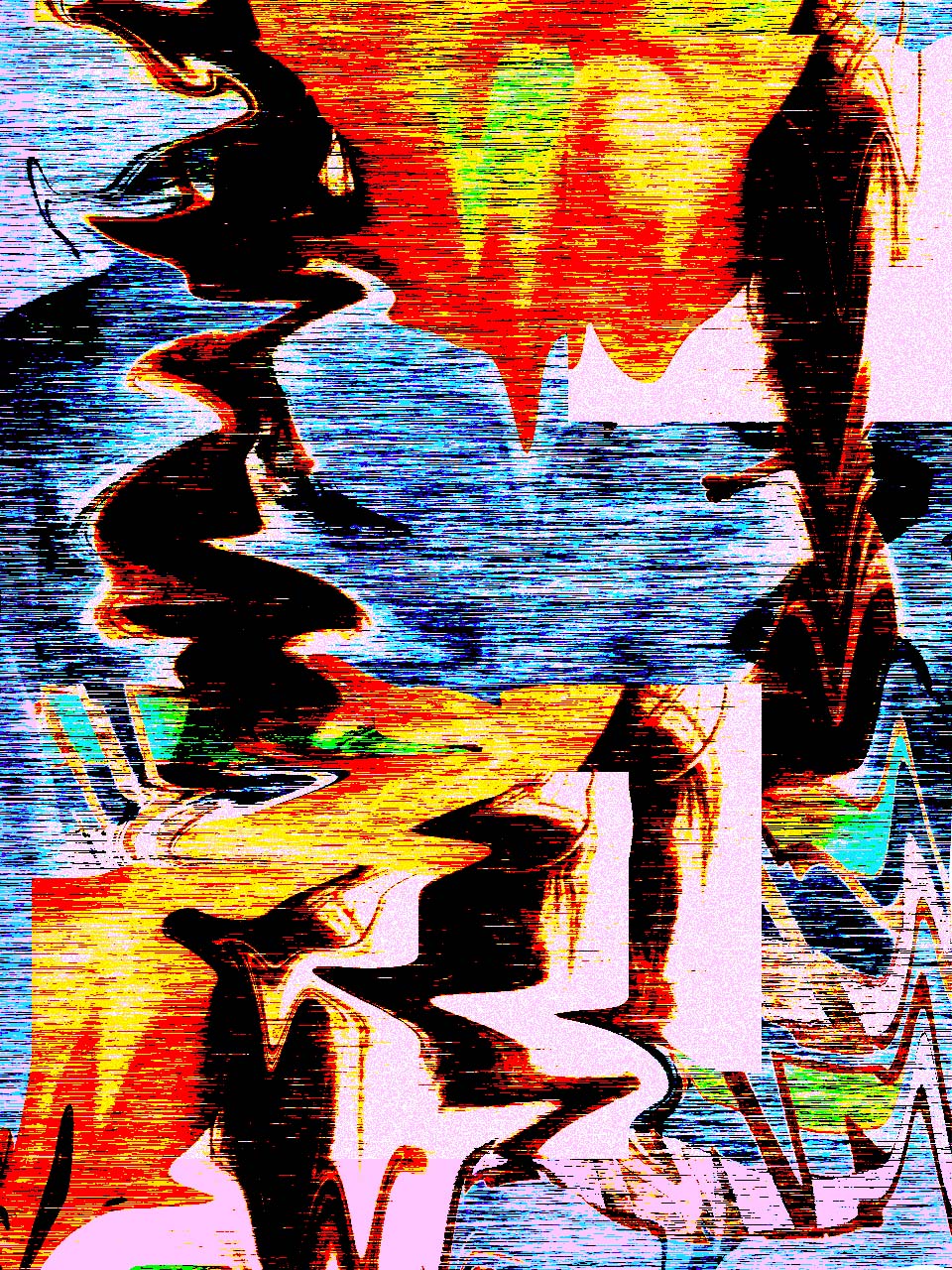 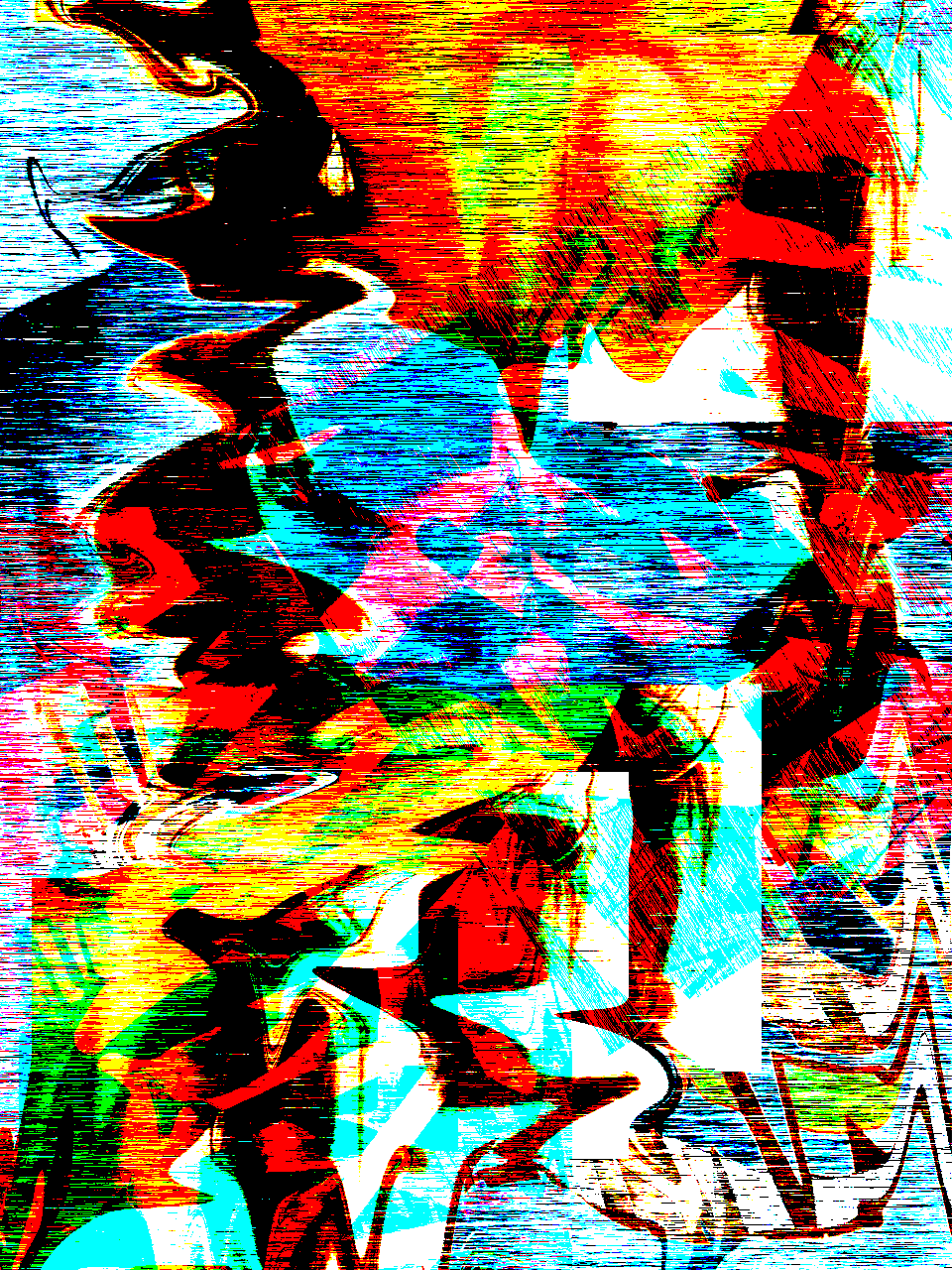 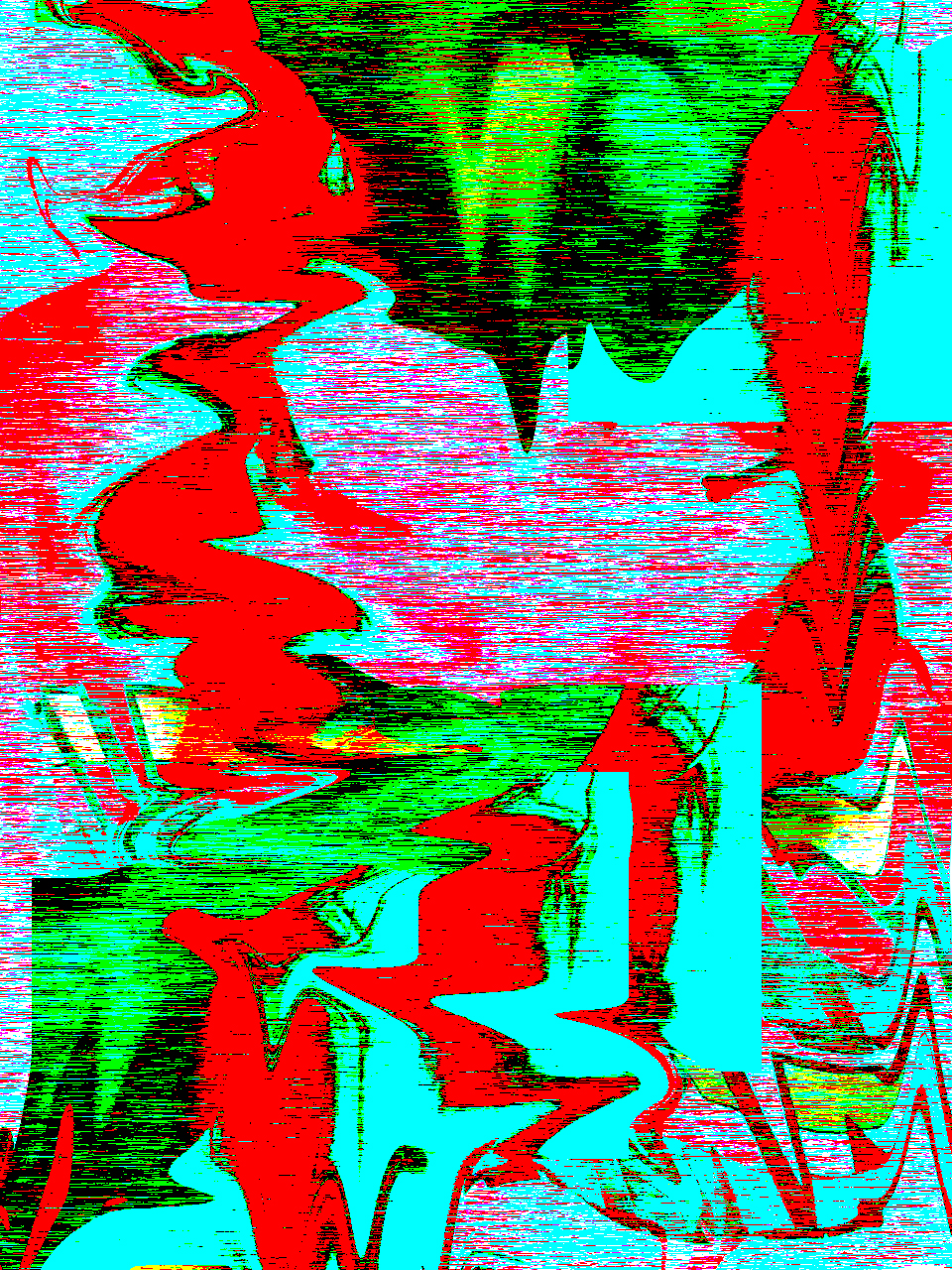 Describe how this process of collective image creation and decomposition creates a glitch transformation.

The final collective image was a result of four individuals distorting an image taken by me. We played with Hue/Saturation, Liquify, Line Distortion, Posterise and layering to create the glitch effect at each stage. Randall Pecker describes Glitch Art as the embracing of chaos. The more you mess up, the better. At each stage, we let loose to mess up the image given to us as much as we liked. The transformation can be observed through the four images, how there are some traces of the previous artist’s glitch elements that the next artist decides to retain.

How is each transformation creating a new form of its precursor?

Each transformation builds upon its precursor, whether the artist chooses to retain elements from it or to distort it until its precursor is unrecognisable. A new form is thus created at each stage, no matter how subtle the difference as it is not exactly the same. For example, from stage one to two, the difference is quite huge as the liquify and line distortion are new elements introduced. From stage three to four, the images look mostly similar except for the change in hue and saturation. Therefore, as long as a change is made to its precursor, a new form is created with each transformation.