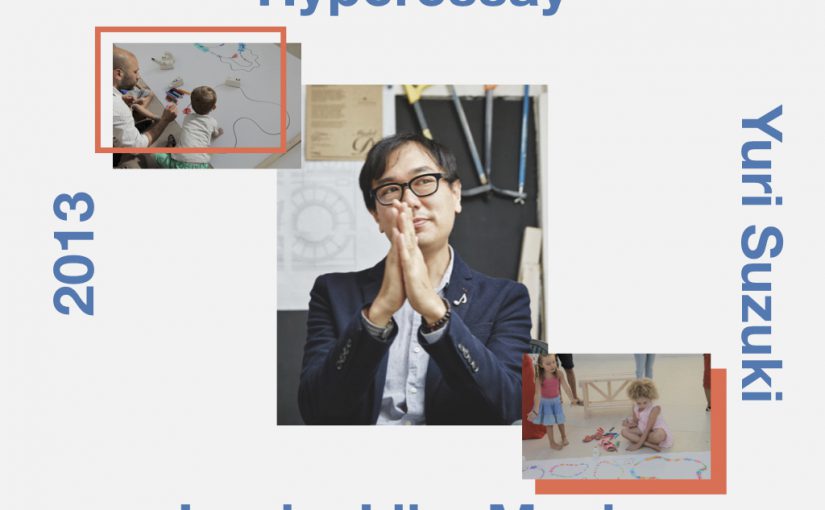 Yuri Suzuki is a sound artist, designer, and electronic musician who explores the relationship between sounds and people. His art installations looks into how sound and music affect people and their everyday lives. In addition, his installations often require interaction. The viewers are required to be part of the piece by either taking part in creating the noises or manipulating it.

The artwork this essay will be focusing on is “Looks Like Music”.

Suzuki was invited by the Mudam’s Public Department come up with the audiovisual installation piece; “Looks Like Music.”

The concept for the art installation was inspired by Suzuki’s own experience with being dyslexic. Suzuki says

“I am dyslexic and I cannot read musical scores. However, I have a passion to play and create new music and I always dream to create new notation of music.”

Thus, knowing the struggle of dyslexics, Suzuki created the installation to “create new notation of music.” In other words, this piece focuses on visualizing music through the combination of art, technology, and audience participation.

A large scale art piece is co-created by the viewers when they draw a circuit with black markers. This circuit is interspersed with colored reference points that are drawn by the audience with markers of various colors. According to Suzuki,

“The black line explains the length of the song and then the color is directly translated into sound. It’s a very simple method to express music.”

In addition, the viewers are able to create a collectively composed music piece as Color Chasers run down the lines. The Color Chaser is the technology aspect incorporated in the art piece. They are five little robots trace the route laid down by the visitors and respond by emitting specific sounds.

Each Color Chaser emits different noises that range from from drum, electronic noise, bass, melodies, and arpeggio sounds. The form of each Color Chaser has been designed with a purpose in mind. The form of each robot is a variation of a white box shape. Each adjustment intends to visually deliver the different noises each Color Chaser emits. For instance, by looking at the sharp staircase form, the viewers can anticipate sharp arpeggio sounds. Thus, visualization of sound is achieved not only through the device emitting noises as it follows the line drawn by the audience but also through the various forms the Color Chaser takes to represent the noise it emits. As Suzuki places it,

“The drum robot has a triangular body to represent the sound wave of a drum and the electronic piece has a computer-like grid shape,” and “There is a physical presence to express the content to help people imagine the sound of music.”

The coming together of art and technology in this installation required collaboration between different sectors. For the art aspect, Suzuki was in charge of coming up with the concept. For the technology aspect, the robots were produced by a London technology firm Dentaku. This firm was co-founded by Suzuki and his acquaintance sound programmer Mark McKeague. The installation as a whole was curated by Nadine Erpelding. It can be inferred that the art installation encouraged and required the collaboration of people from different backgrounds to fuse together art and technology.

Out of the three main components; interactivity, hypermedia, and immersion, in the interactive media history, “Looks Like Music” is most related to interactivity. It comes under interactivity because the artwork cannot exist without its viewers. The installation’s performance cannot exist

In “Behavioural Art and the Cybernatic Vision”, Roy Ascott defines what sets apart art from the past and modern art. One of the differences is creative participation. In the past, art was in charge of creating equilibrium. Art was perceived as an object of perfection. It was also based on a one way communication. The artist could not receive direct feedback from the viewers nor could the viewers manipulate or influence the artwork. Modern art, on the other hand, is an agent of change. It is supposed to trigger dialogue and encourage the participation of the audience. As a result, according to Ascott, Suzuki’s artwork “Looks Like Music” will fall under the sector of modern art.

In addition, it can be said that “Looks Like Music” is behavioral art because its outcomes are not fixed. The wide scale circuit as well as the harmony of sounds created by the Color Chasers moving along the lines can always change depending on the actions of the viewer. It also requires the input of a viewer and is responsive to it.

One question I have is whether this art work can be considered as “Cybernated Art”. Cybernated Art is when the art piece embraces the technologies of an information society such as a television.

When I first learnt about “Looks Like Music”, I was reminded of “Soundings (1968)” by Robert Rasuchenberg that was introduced to us in Interactive Media Design History course. In this installation, different sets of lights will be triggered when the viewers emit different vocal sounds.

I was reminded of Suzuki’s work because both pieces allow the audience to be an active participant not only in forming the art piece but also creating musical harmony. The art works does not force the viewers to be a passive recipient and they allow a two way communication. They can also be considered behavioral art as they can modify the outcome of the artwork and the artist has no control over it. 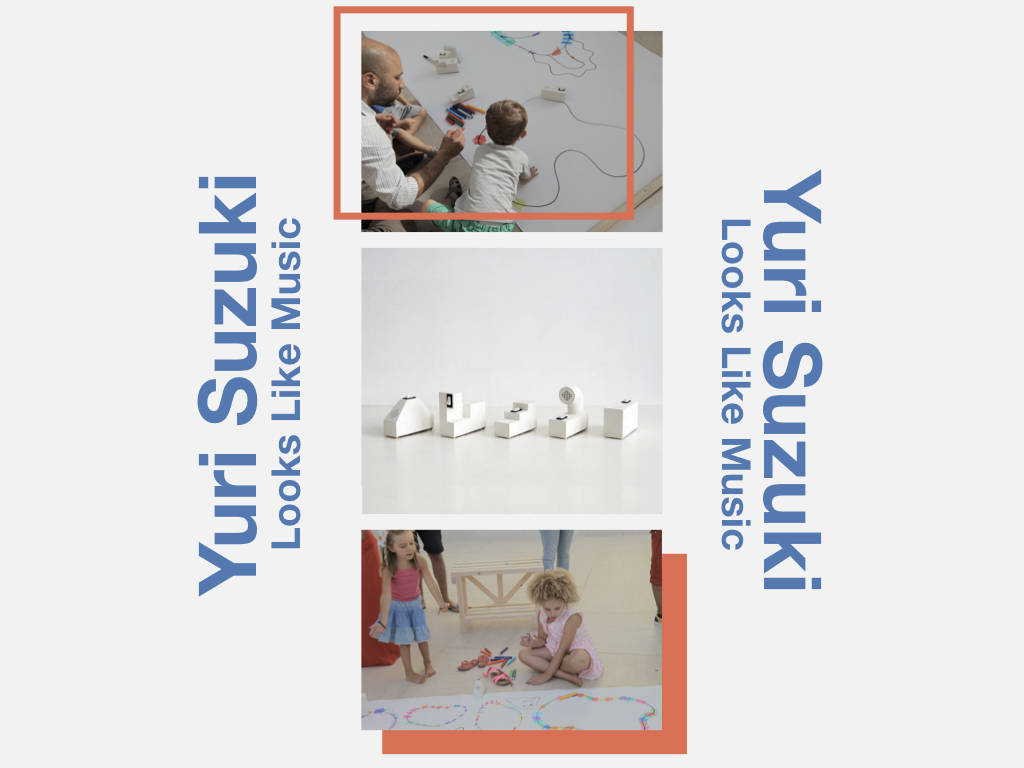 Suzuki is an artist always ready to challenge the boundaries between technology, design, sound, and the role of viewers. His art installations that often encourage the participation of the audience is a good example of interactivity. Whether his Color Chasers can be considered as a new communication technology and Cybernatic art is up to the future to decide.