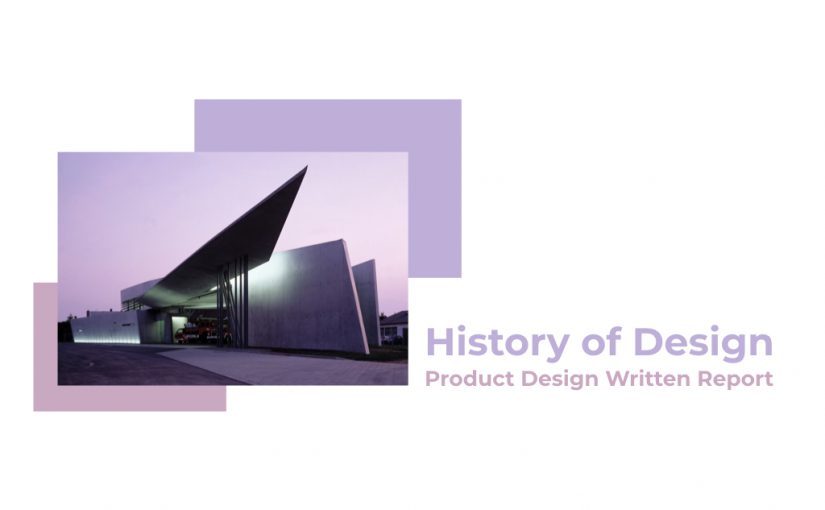 Modernism was a movement generally based on idealism and realism. As a result, it tended to carry an utopian vision on human life and society. So rather than focusing on subjects, the modernist artists focused on experimenting with form, technique, and process. As a whole, Modernism can be recognized by its clarity and simplicity in design. However, the Modernism triggered other movements that were against it.

Mainly, there is Postmodernism that originated around the 1970s in Italy. The movement arose after World War 2 as a reaction to the failings of modernism. They questioned the emphasis that modernists placed on logic, simplicity, and order.  The movement itself was a reaction against the ideas and values of Modernism. Unlike Modernism which was optimistic and ideal, Postmodernism was associated with skepticism and irony. They also refused to recognize a single definition of art. Thus, it can be seen being mixed with various art styles and media. It is said that Postmodernism may have urged on the start of pop art in the 1960s and embrace styles including conceptual art, neo-expressionism, and feminist art. In a way, Postmodernism broke the established rules about style and brought about the sense that “anything goes”.

The Postmodernism style can be characterized with the following. First, it was limited to the elite only. As it rejected the industrial process or in other words, mass production, the Postmodernism designs were often costly. Second, it was stylistically diverse. In addition to the want of refusing to limit itself to one definition of art that led to its being mixed with various styles, Postmodernism was a representation of the societies in the 1980s. To adapt it had to become more stylistically diverse. Third, individual interpretation and experience was valued. As Postmodernism challenged the idea of certainty and truth, it helped overturn the perception that there is one inherent meaning to a work of art. Consequently, viewers were an important determiner of the art work’s meaning and in some cases even encourage to take part in the pieces.

The influences of Postmodernism expands to architecture as well. Robert Venturi’s “Complexity and Contradiction in Architecture (1966)” can be said to be start of Postmodernism. The writing advocates that “Design should not speak in one voice. It should be in historical layers and vivid juxtapositions.” An example of this is “The Neue Staatsgalerie” by James Stirling. His work was in fact an addition to an existing historical museum. The architecture became a combination of the building’s earlier structure and high tech metalwork. This exemplifies Robert Venturi’s idea on how design should be a juxtaposition.

In addition to Postmodernism, the Anti-Design that started in the 1960s was spurred as a reaction against Modernism. Although, the movements Anti-Design and Postmodernism overlap, Anti-Design is said to have started first and set the hallmark characteristics for Postmodernism. Originating in Italy, the movement emphasized uniqueness, striking colors, scale distortion, irony, and kitsch. In addition, they believed the function of the object was to subvert the way a viewer perceives it. For instance, they created a lamp made up of tubes. The form of the lamp could be chosen by the user as they manipulated the tubes.

After the occurence of Postmodernism and Anti-Design, the Memphis movement started in the 1980s. The movement originated in Milan, Italy by the Memphis group by Ettore Sottsass. Their key features were to create design that was radical, funny, and outrageous. The Memphis was influenced by the geometric figures of Art Deco, the color palette of Pop Art, and the 1950s kitsch.

The Memphis movement can be defined by the following characteristics. First, their usage of laminate and terrazzo materials. Usually, these materials are used for floorings. However, the Memphis incorporated it into tables and lamps. Second, Memphis is known for the bacterio print designed by Ettore Sottsass. Lastly, the Memphis designs largely consist of bright multi color objects with the rejection of typical shapes. For example for the leg of a chair, they would use a triangle or a circle rather than the typical rectangle.

One of the most well known piece from the Memphis is the Carlton Bookcase designed by Ettore Sottsass. It was part of their first collection. As a whole, it uses brightly colored laminates for its pieces. The furniture piece can be considered as a new approach to break apart from the previous restrictions of functionalism. This is because at a first glance, it is difficult for the viewer to determine what the function of the form is. Thus, it can be said that the Carlton Bookcase is an appropriate example of going against the Modernism motto “Form follows function”. In addition, it allows the user to decide the function of the piece. It can be used as a bookcase, room divider, and dresser.

The Deconstruction movement began in the 1980s, after the negative reacts towards Modernism was expressed through movements such as Anti-Design, Postmodernism, and Memphis. Deconstruction can be defined by its tendency to discover, recognize, and understand the underlying implicit assumptions of art works. This movement had a profound impact on many writers and conceptual artists.

Deconstruction was initially a form of criticism initiated by a French philosopher, Jacques Derrida. He asserted that there is no single meaning in a work. Rather, there are many meanings that could even contradict each other. Furthermore, he believed that established ‘constructions’ needed to exist in order for a ‘deconstruction’ to be created and highlighted. Thus, the role of ‘deconstruction’ is to overturn such oppositions.

The defining characteristics of Deconstructivism is as follows. It removes the essence of architecture and moves toward the extraordinary and innovative. Manipulation of the building’s surfaces through creation of non-rectilinear shapes, fold, and twists are commonly observable. In addition, diagonals, curves, and pointed corners are frequent elements. As the architectures lack symmetry, there is also a deficiency in the harmony and continuity of the structure.

One of the notable key figures of Deconstruction is Frank O. Gehry. An American architect, he was the pioneer of Deconstructivist architecture. Through the use of rough industrial material, he was able to portray the characteristics of Deconstruction with sweeping curves, fragmented forms, and non-rectilinear forms. One of his notable works is “Neuer Zollhof”. Metal slabs were overlaid in a curvilinear matter on a concrete slab.

Another architect is Zaha Hadid. She pioneered in the potential usage of digital technology in architecture. Her architectures were usually highly expressive with sweeping fluid forms that were often abstract and free form geometry. An example of her work is the “Vitra Fire Station”. Obliquely intersecting concrete planes were puncture, tilted, or folded to be put together. Despite being visually and conceptually simple, the planes created crisp abstract lines.

As a whole, it can be learnt that the designs of both Postmodernism and Deconstruction have its roots in the expression of artistic freedom. Such characteristics can be still observed in the present implicitly and explicitly in areas such as but not limited to design.