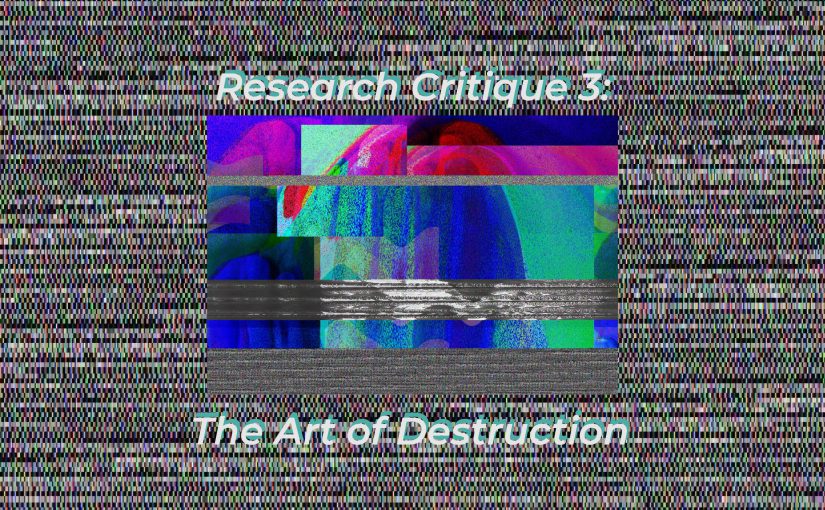 The Glitch project embraces problems, inconsistencies, and accidents as it’s process and outcome as a whole relies on it entirely. As each member of the group takes turns editing the photo, there is inconsistencies. There is no procedure or rules on how to edit so the outcomes are always inconsistent. The next member in turn to edit does not know what the previous member’s intentions or their image on the final outcome was so they ‘accidentally’ alter it.

For the Destruction project, problems, inconsistencies, and accidents are what cooking was all about. There is inconsistent sliced pieces of bacon and there are accidents like preparing enough bowls. But all these was embraced and seen as part of the process and performance. As mentioned in the Glitch Studies Manifesto. “There is an obvious critique: to design a glitch means to domesticate it. When the glitch becomes domesticated, controlled by a tool, or technology (a human craft) it has lost its enchantment and has become predictable.” The best part about cooking is although there is a recipe, each dish would taste a bit different depending on who cooked it and the accident that happened along the way such as replacing a sauce that you do not have.

The medium in the Glitch project was originally a normal photograph. It has been transformed through deterioration and destruction. The photograph was taken down part by part to create a new montage by the broken pieces. 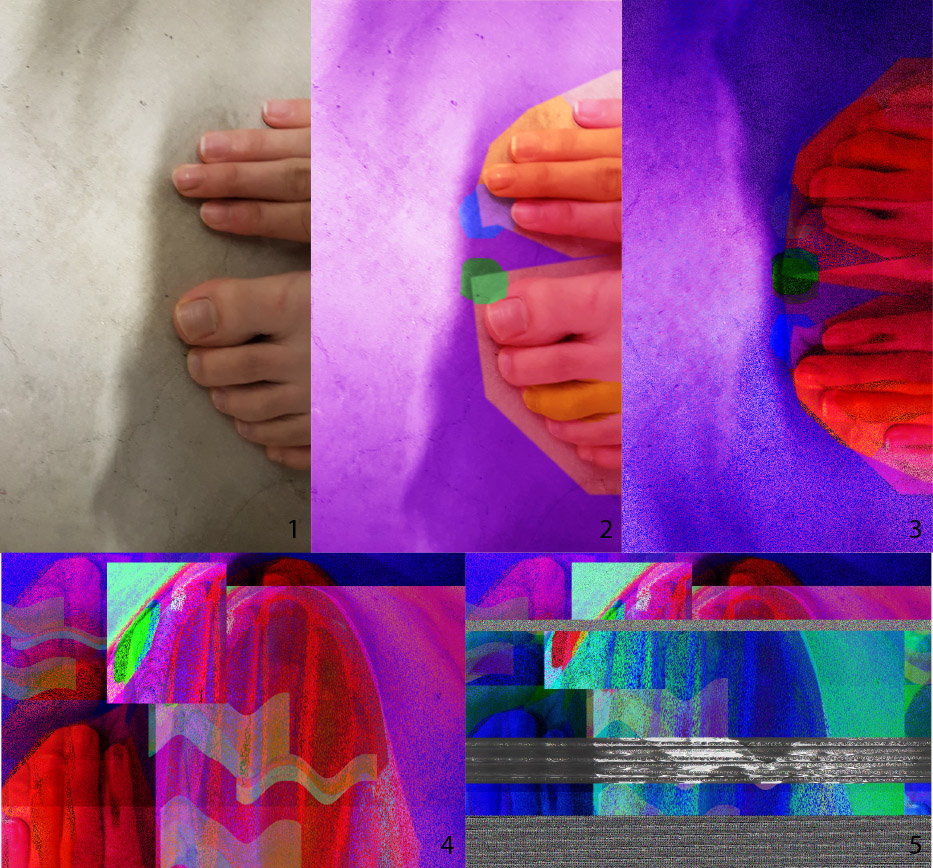 In the destruction process, deterioration and destruction transformation is part of the process. The original medium which was the ingredients have been transformed during the cooking process. It’s original state is no longer recognizable because anything that catches the attention of our five senses has changed.

Glitch and destruction, to me, is an act of artistic expression because it is unpredictable. Like what Randall Packer says in a conversation with Jon Cates, “But the way to not be stuck is to focus on glitch as a form of surprise and as a way of glitching people’s expectations.”. Like how Jackson Pollock might have a vague idea of how he wants to splatter paint, glitch art also only has a vague idea of intention. The result is solely dependent on what happens. As such, art is supposed to evoke a feeling in a human being. And surprise is one feeling.