Maria X walked us through the telematic performances. These included performances such as “Satellite Arts Project (1977)”, “How To Behave (2003)”, “The Lightroom (2002)”, and “If Not You Not Me (2010)”. One of the most memorable projects mentioned was “Hole in Space (1980)” is where they take the performances to the streets. A public communications sculpture was placed in two different regions; New York and LA. These sculpture shows televised images that attract both the sights and hearing. Or as quoted “Sever distance” between the two regions. Another main example was “Telematic Dreaming” by Paul Sermon. Here the performer and audience meet telematically. So the experience itself would be 1:1 but the performance was shows to the public. With this in mind, it is worth wondering how this fact changes the performance.

The other keynote speaker Matt Adams introduced us to other performances as well. One was “Kidnap” where the performers agreed to be taken to a secret location. However, although they granted permission to be ‘kidnapped’, the timing of the ‘kidnap’ was unexpected. The spontaneous kidnap along with the bad over the head makes everything real. 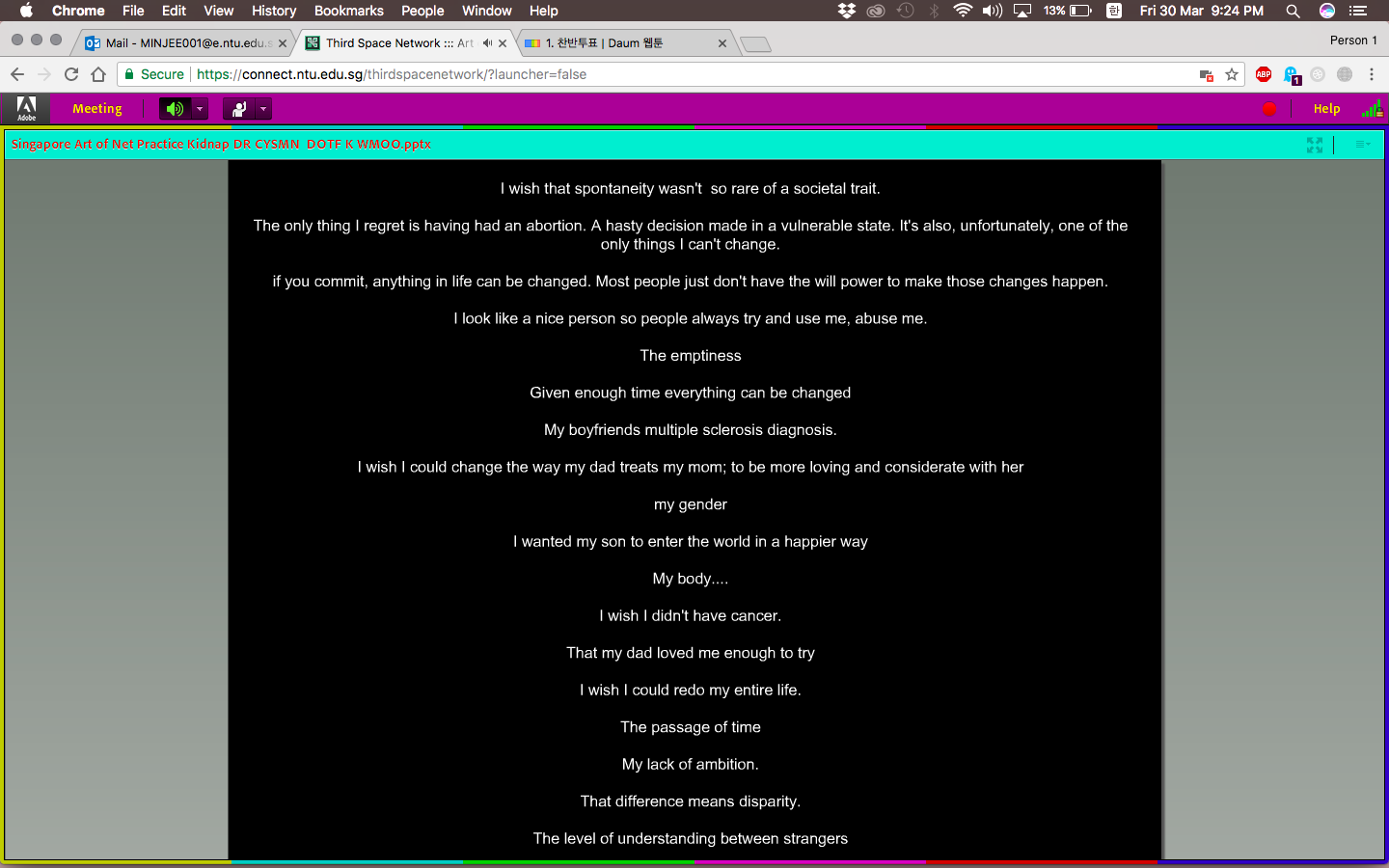 The first performance by Jon Cates and Annie Abrahams occurred on the Friday. It was a performance with collaborators from different regions. Latencies were called out and we were shown their ceilings. Afterwards, humming, hand movements, and assimilated water drippings were shown. Some of the quotes we could hear in the background were “many of my favorite artists aren’t artists” and “don’t ask for the truth if you can’t handle it”. The performance also takes advantage of the universality of the performers. Some Russian sayings could be heard along with Korean sayings like “어디야” which can be translated to “where are you”. This continues onto a disturbance or destruction. One of the examples of these quotes are “you reach a point in a life where the dead outnumbers the living”. The performance ends with the closed eyes of the performers.