In Defense of Ludonarrative Disonance

by Muhammad Shaherfi Hadi on November 17, 2020 in My Work

In Defense of Ludonarrative Disonance

Ludonarrative dissonance is a critical game term. Its most basic understanding is when the gameplay of a game does not match with the fiction that it presents. First coined by Clint Hocking, creative director of Splinter Cell (Ubisoft, 2002)  and Far Cry 2 (Ubisoft, 2008) , in his 2007 essay “Ludo Narrative Dissonance in Bioshock, The Problem of what the game is about”. In this essay, he criticizes Bioshock  (2K Games, 2007) for having placed its narrative and ludic elements in opposition. For a while the term Ludonarrative dissonance became the hot topic of game criticism. The term itself has then faced criticism as a word used to criticize and now it has evolved into a word that is scoffed at. In this essay, I will put forward my argument for why the dismissal of Ludonarrative dissonance because of its gross simplification is too rash and how it is still valuable for the game criticism lexicon.

The two skits above show perfectly two examples of Ludonarrative dissonance that is used by the gaming community. Other popular examples inlcude, its use to criticize mechanics like the turn based system in RPGS and it’s slow pace are dissonant from the epic narrative presented. Or how sidequests in fantasy games stretch one’s suspension of disbelief because no one would pick up pinecones while the fate of the world hangs on the balance. Or it’s most common example, the Uncharted Series (Naughty Dog Games, 2007-2017). In Uncharted, Nathan Drake is presented as a good natured protagonist, but the gameplay throughout has him kill hordes of people. These examples however, greatly simplify ludonarrative dissonance. It is only natural that critics would resist the term with this simplified use. Errant Signal, in his video essay, “The Debate that never took place”, he argues that ludonarrative dissonance causes us to evaluate at game mechanics and game narrative as two separate entities instead of looking at the whole text. And this is a fair criticism of the term. We should be evaluating games as a whole texts for games are art. And each of its aspects does not exist within a vacuum. However, the examples above are but just gross simplifications. In fact, I would argue that the games above are not ludonarritively dissonant. If turned based is so dissonant from the fantasy role playing narrative, then why has it survived the test of time. Yes, turn based might have been created out of necessity, as the code and processing power required for action based combat were only invented much later. But even today in modern day iterations of RPGS like Pokemon and Dragon Quest, both very good titles, turn based combat are still being used. It is the same with side quests, still ever present in every role-playing game. They are still being used because, turn based combat system and sidequests as game mechanics by themselves are not ludonarratively dissonant. How immersive a mechanic is, is no indication of its ludonarrative prowess. When we use immersiveness as a litmus test as a measure of a game’s ludo narrative dissonance , we ignore another key component. We ignore the emotions that these mechanics give.

Pokemon even in its most current iteration of the series, Pokemon Sword and Shield (Nintendo, 2019), did not stray from it’s tried and true battle system.

For example, I would argue that Final Fantasy 15 with its action based combat system and all it’s high graphical fidelity is more ludonarrtively dissonant than Final Fantasy 1-12. Despite older Final Fantasies having slower paced turn based combat. Why? This is because in Final Fantasy 15, one can survive any battle indefinitely by simply holding the block button. In other words, the difficulty and the tension that players receives from battles have been erased. Thus, the turn based system in Final Fantasies 1-12 do better as  a mechanic, ludonarratively, because the challenge and the tension of its battles match the weight and the seriousness that the story presents. Therefore, ludonarrative disonance’s true definition would be when the emotions elicited from the gameplay does not resonate the same with the emotions elicited from the story. And with this true definition, ludonarrative dissonance becomes a perfectly viable lense to view games with.

I argue that Final Fanasy 16 despite it’s graphical fidelity is more ludonarratively dissonant as compared to older iterations of Final Fantasy because of the lack of challenge and the emotions that come with challenge.

Now, ludonarrative’s best value comes when considering the opposite term that arose from it. It is the perfect accolade for games whose gameplay mechanics are perfectly synchronised to the emotions that the narrative presents. In other words, we are talking about ludonarrative harmony. How else are we to commend games like Journey (Thatgamcompany, 2012) who perfectly captures the emotions of the “hero’s journey” through its platformer based mechanics. In Brothers: Tale of two sons, the nuances of loss is shown through, dynamic gameplay that adapts midgame that match with developments in the story. Of course, as with narrative dissonance, these mechanics by themselves do not automatically make a game ludonarratively harmonnious. The Mario series, like Journey, is a platformer but Mario’s mechanic although fun and engaging does not deserve the same accolade. This is because once again, emotions should be the focus here. By giving the ability to jump higher and higher and then stripping that away followed by giving the player so much power it feels like flight rather than jumps, Journey matches its story beats. In Mario on the otherhand, its gameplay by itself does not draw out emotions.

Both Super Mario and Journey are platformers that revolve around the action jumping. However, although Super Mario’s gameplay is without a doubt fun and engaging, Journey’s gameplay is more ludonarratively harmonious. And this is because Journey dynamically changes the strength of the player’s jumping ability to match the emotional beats of the story.

We should also note that gameplay is not the only element worth considering when deciding whether a game is in ludonarrative harmony. The user interface(UI) is another element that should be taken into consideration. This is because User Interface greatly affects the User Experience which in turn can illicit emotions. Once again, immersive UI, does not by itself make it dissonant or harmonious. A diegetic UI is not automatically harmonious while one with bars and numbers is also not automatically dissonant. We have to look at the game’s UI holistically and the emotions that arise from that. For example, Persona 5’s (Atlus,2016) UI although non-diegetic, is so stylistically in tandem with the game’s “Band of Thieves” narrative,  with its sleek collage cutout motifs and dynamic action packed motion graphics that emotions just from the UI itself makes is ludonarratively harmonius. And the best example for harmonius user interface and experience, comes in the form of NieR:Automata ( Square Enix, 2016). In NieR: Auomata, you control an android and the UI you see in the game is narratively presented as plugins that you can equip and unequip. If you need a few more slots for a powerful ability, you have the ability to unequip your health bar HUD to do that. This diegetic presentation helps with drawing emotions when at one point of the game, your main character gets infected with a virus. As the player character breaks down, the UI too starts to become incomprehensible and glitchy. The character also at the same time becomes more difficult to control. All this combined makes that feeling of desperation truly hit home. NieR: Automata, for this one sequence makes it a golden example for how UI and UX can be used in service of ludonarrative harmony.

Persona 5 has been lauded for having the best UI of any modern day game. And with good basis, I mean just look at it. It is also a good example to show how through visual aesthetic and user experience alone, Persona 5 has has achieved ludo narrative harmony. The mind behind Persona 5’s UI, Masayoshi Sutoh has also won the Visual Arts Award at CEDEC Awards 2019. 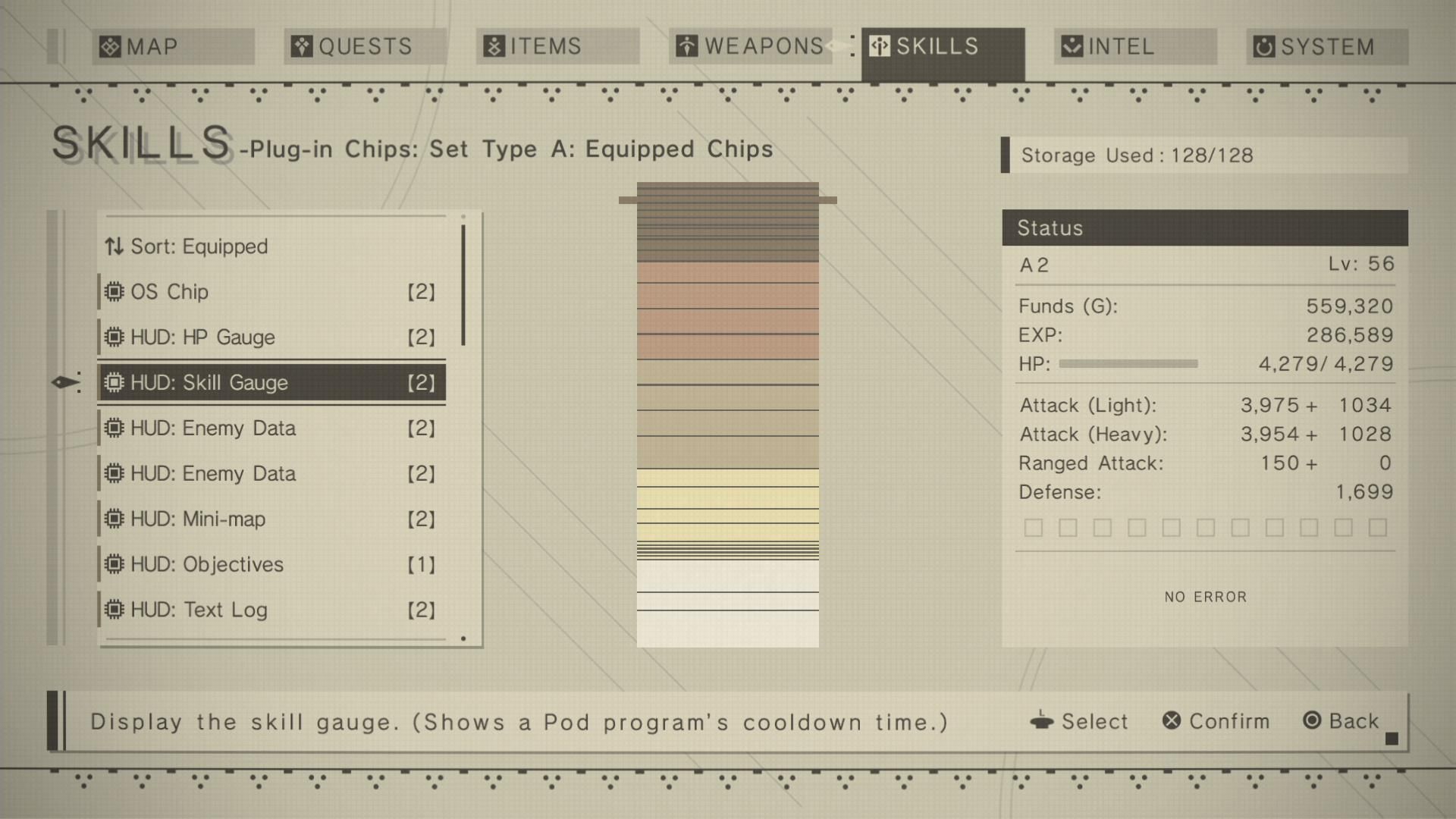 This layer of gameplay involving the UI, although arguably unnecessary, adds a layer of emotion when the UI starts breaking down during this specific segment of the story.

In summation, Ludonarrative resonance ( a term I am coining now that encompasses both ludonarrative dissonance and harmony) when used properly, when taking into consideration the emotional aspect, becomes a perfectly viable paradigm for critcising games. When it comes to lenses to view games, I am a pluralist. Games are still considerably a young medium. When we have a diverse lexicon to criticize games, not just reviewing them, we allow its artistic potential to grow further. And thus if a term does not seem right at first, we should develop it rather than just simply dismiss it.