After reading Krzysztof Wodiczko’s Critical Vehicles, I was really moved by how he uses monuments to speak for the unseens and the forgotten. For my project I would like to use instead spaces of interstice, corners and nooks hidden in plain sight. I imagine them as silent watchers, like guardians, catching stray thoughts and remembering what has been cast from memory.

So for my project I am planning to do projection mapping on boxes which would be places in the corner at the lounge. Since this would be my first time attempting this technique I thought it better to start out small first. Within the sides of each box, different angles of the same projection will play so it will look like a world is contained within each box. The animation in the boxes will however “spill out” onto the world outside.To make the project site specific, since it would be displayed in ADM I would have the projections tell the story of what happens in ADM at night after hours. The projections would depict a stick figure doll going through a world that would act as a metaphor for the hardships students face in ADM and this will be accompanied by audio interviews of students. 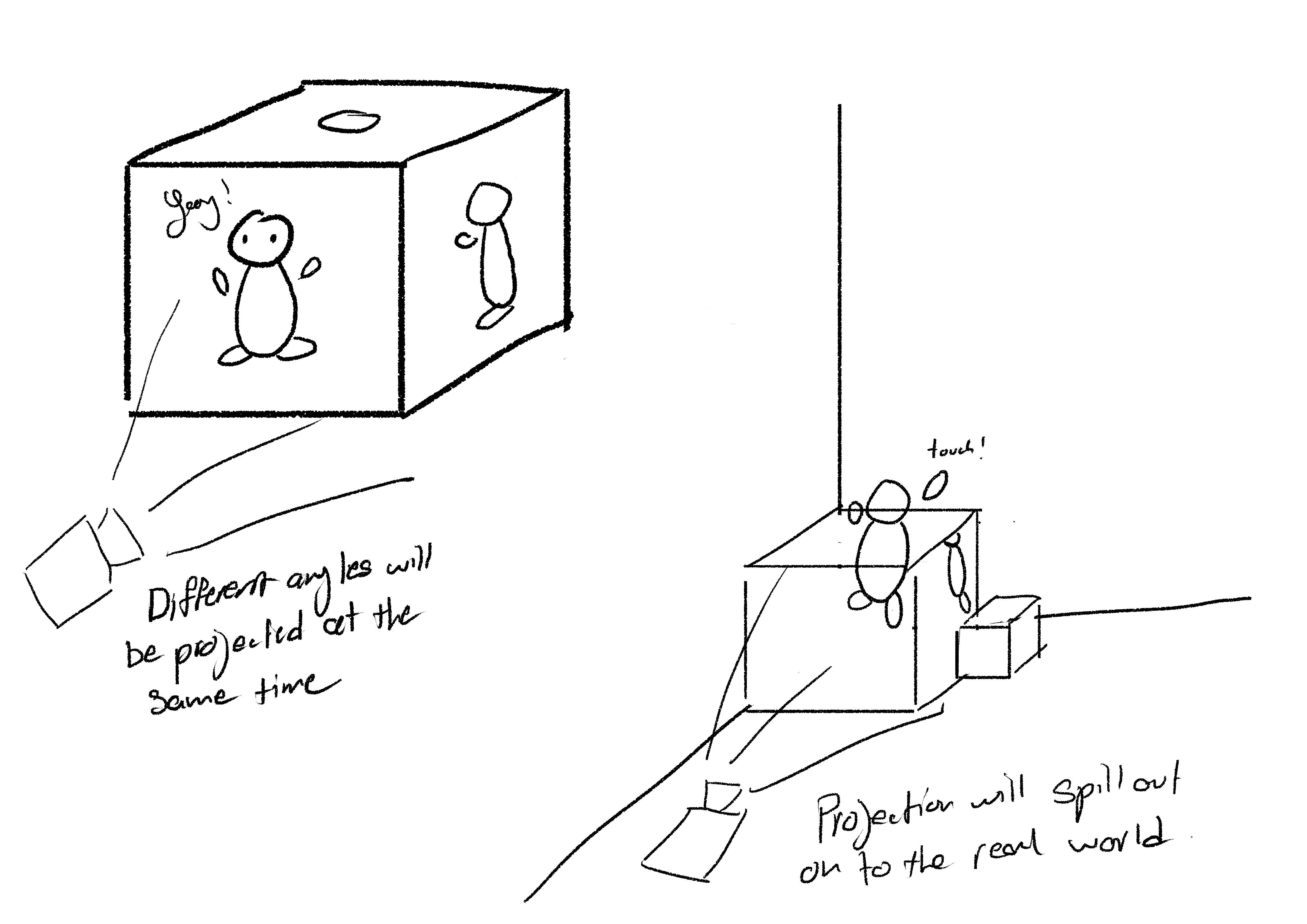 To make the animation I will be using Unity. With unity’s camera function I can easily create separate videos of different angles of the same animation. I will be using a video recording software such as bandicam to record on my desktop and I will edit those videos using AfterEffects.  For the projection mapping I will be using VPT8. As for the hardware, the boxes will be either styrofoam boxes or cardboard boxes painted white and the portable projector would be borrowed from school.