by Muhammad Shaherfi Hadi on September 8, 2019 in Research 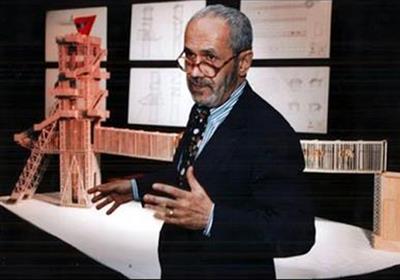 “the critical condition is art which finds itself in the social context.”

“Public art does not mean large works of art in public space,”

By reading Siah Armajani’s Manifesto and Comparing it with Peter Zumthor’s tips on designing spaces, we can see a lot of similarities between them

Here Armajani is essentially saying, that when it comes to public art, it is not about you.. Which to me is very similar to how Peter Zumthor feels that when designing a space, we should take into confederation the surrounding area and the people who would walk through the space. Public Art and Architecture here is similar in the sense that it shouldn’t be fr self expression but it should be for who/what it was designed for.

And this is further backed up by point 5 in his manifesto.

“Public sculpture is a search for a cultural history which calls for structural unity between the object and its social and spatial setting. It should be open, available, useful and common.”

but at the same time Siah Armajani feels that we should not be too preoccupied with the Site.

“There is a value in site in itself but we should keep our preoccupation with site to a minimum.”

But I think the biggest difference is the way both artist view Architecture and Public Art as poetry. Peter Zumthor is very much concerned by the beauty that an place can give  through different combination of elements of makes a space a place coming together and this he feels is poetry, because it is beautiful. Siah Armajani on the otherhand  feels that Public Sculpture should have a deeper meaning, like how most poems do. And this can be seen in his manifesto.

“Public sculpture has some kind of social function. It has moved from large scale, outdoor, site specific sculpture into sculpture with social content. In the process it has annexed a new territory for sculpture that extends the field for social experience.”

Funnily, I feel that too many people have made comparisons between Siah Armajani’s artworks with architecture tot he point where he vehemently points out the difference in his manifesto.

“The use of the adjectives architectural in sculpture and sculptural in architecture, for the purpose of establishing analogy, simile, metaphor, contrast or similarity between public sculpture and architecture is no longer descriptive or valid.”

I think his video series were pretty trippy considering how they were created during the early stages of computer technology. I could tell that he was trying to give the illusion of a 3d space by using simultaneous combinations of lines and dots moving, lengthening and shortening.

I honestly feel that they should try to recreate life sized versions of his bridges series. Items like houses and pots randomly placed within the bridges give off a strange surreal/ pacific northwest feeling.

Like his Bridges series I feel like his tomb series should be recreated life sized too. Once again they give off a surreal feeling and I kinda wonder what it would feel like to enter one of those things. 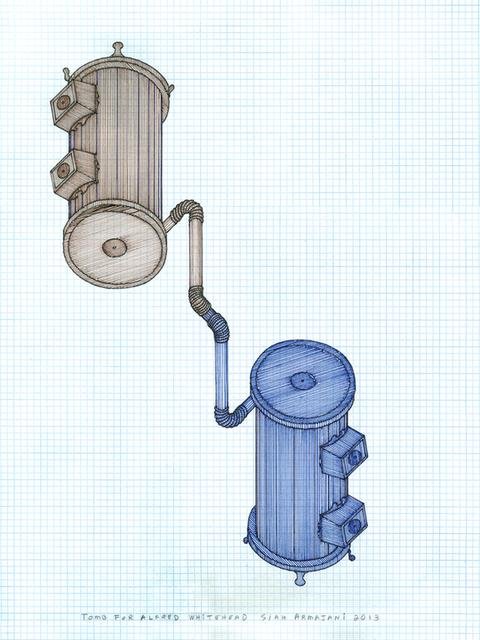 How I am Reminded greatly of a Kampong (due to the materials used, eg. the zinc reminds me of zinc atap houses). Which is strange because he draws from rural America.

Due to the constructivist influence, I kinda feel like the spaces look like the recreations of an artist far off in the future who was  told to recreate a kampong.

It also kinda perplexes me how his artwork seems both hostile and inviting at the same time. The combination of wood and zinc gives off a really calming feeling (once again i think this is because it reminds me of a kampong. But the pencils look like harsh spikes and they make some of the furniture unusable.

One theory I had was that the furniture only becomes usable when all the pencils have been taken by the public and in that sense it becomes a form of collaborative art.

I think it is really clear that Siah Armajani’s work tries its best to provoke thought within the public, however the nature of his public sculptures are so abstract and the fact that he probably draws from complex ideas ( as he is influenced by philosophy and whatnot), that it become’s really difficult for the public to truly appreciate his work and I feel like this goes against his own principle that public sculpture should be for the public. Which brings me to my questions, how do you simplify an artwork enough such that you can convey complex ideas to the masses. This would be a challenge definitely for all of us to solve and it won’t be solved easily. The key definitely would be to balance many different factors in perfect unison.