by Muhammad Shaherfi Hadi on March 9, 2020 in Research

Taking a peak at the Singapore Biennale was definitely enlightening and provided some inspiration on how our own fyp exhibition could possibly be done. Of course some works that we saw worked better than others. What struck me the most was when our guide said that she was trying to weave a narrative through the different artworks exhibited. I do agree that when it comes to an exhibition, there should be an enticing narrative, a thread that connects the different artworks together. However, from the pieces shown by the guide I fail to see the connecting narrative that she was trying to show, other than the fact that the artists were mainly Singaporean artists or were about Singapore. Of course I also admit that exhibition design is much more harder and nuanced than it initially lets on and it is definitely very difficult when you have so many different individual artists with a myriad of different works coming together. I hope we will be able to come up with some form of narrative amongst our own works within Interactive Media. Or at the very least have a commonality that would make visitors know “Oh, that work is from interactive media.” 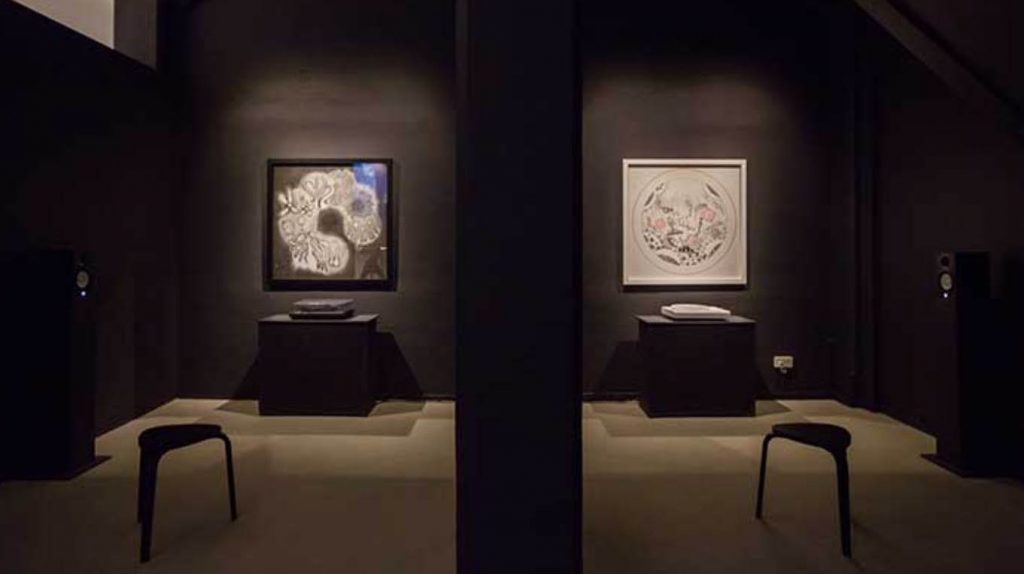 Now what I found most interesting about this artwork was its simplicity. Trying to express synesthesia is by no means a new concept and Zai here isn’t doing anything new because expressing sound as something visual has also been done countless of times. But what I think makes this work passable is that its neat and tidy and expresses its core idea in an understandable and simple way. After hearing the sound, you can immediately understand which illustration represent which sound and see what he is trying to communicate here. 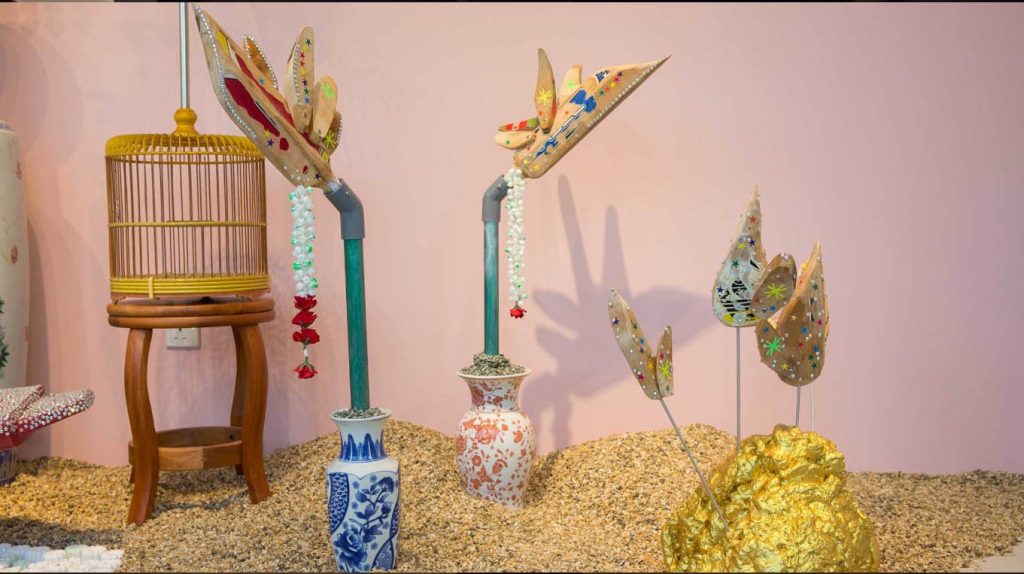 Intimate Apparitions is more of a mixed bag for me. I thought it was interesting that Khairullah Rahim portrayed the plight of the drag community by creating elaborate head pieces using everyday household items. What made it more powerful was that next door were a series of photos taken of actual drag queens wearing the headpieces. What I didn’t like however was that it was mixed in with other things that represented the artist’s opinions on other things like the Bangladeshi community and the Pinoy community.  First of all i felt this made the artwork too messy. Secondly I felt that the artist’ representation of these communities are a little patronizing. Why is it seen as childish and innocent when Bangladeshi workers name their teams simple english names but it is seen as prestigious when use latin or french phrases to name our projects and artworks and what not. I thought it would have been better if the artist focused solely on the plight of the drag community. 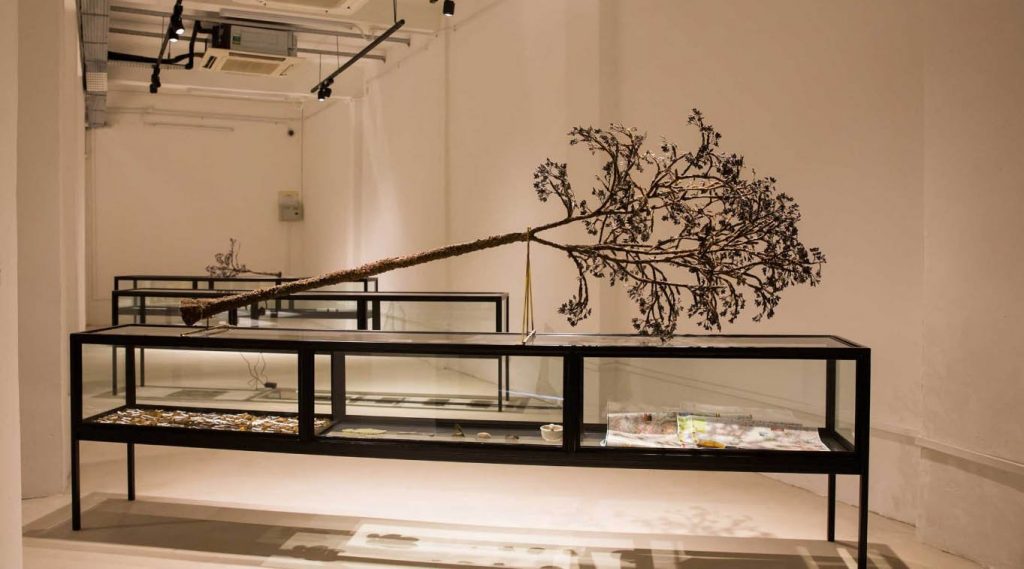 I feel that this is my most favourite artwork in the whole exhibition because firstly, what is presented is visually stunning.  Soil has been brought together to become the form of the tree.  Not only is this soil sculpture  visually pleasing but it also has a strong core meaning. And this is because the sculpture has been made from the soil from the area where rare extinct trees has been felled in Singapore. Its not a messy artwork. Its simple with one strong core message and it is delivered effectively. A great artwork does not need to be stuffed with meaning. What makes an art work great is when it delivers its purpose in a novel and effective way.