Labrador Park, located at the southern part of Singapore, was once used as a defensive position by the British to fend off against the Japanese. Among the many war relics are the bunkers, pill boxes and six inch 37-ton guns. When the Japanese arrived in Singapore, they came from the northern coast instead of the southern coast which the British expected. No Japanese ships passed through and as a result, much of the defensive positions at the fort were put to waste. The battle of Bukit Chandu, now known as Bukit Panjang also took place near the vicinity of Labrador Park.

In November 2001, it was announced that the place was to be turned into a nature reserve. I’ve had some luck finding some of the listed species of animals my trip there; I’ve seen several species of birds and even a Komodo dragon!

Since I’ve been to the place before, I’ve decided to revisit the place on my bicycle. I’ve also made an extra effort into exploring the place by visiting the open area near Port road. It was drizzling at the time, but usually there would be Indian foreign construction workers playing cricket as the place is immensely huge. On top of that, I’ve visited the bunkers deep into the reserve and although the six inch cannons were replicas, I’ve gotten a sense of what it was like to defend the place. According to some websites, there are tunnels that lead from Labrador park to sentosa.

After I was done with the natural reserve, I cycled to the edge of the park and enjoyed the view of Harborfront. I watched as the locals fished out their catch. Some even waded to the shores to catch the crabs. 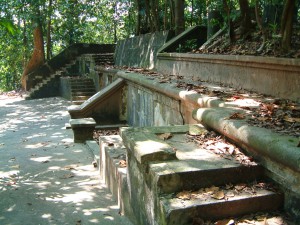 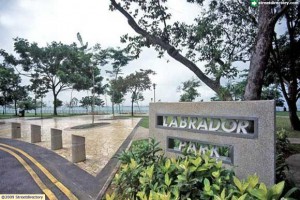 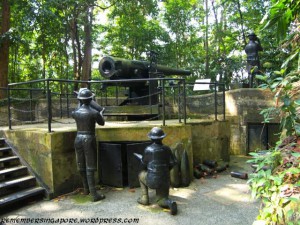 For my research, I have also traveled to the newly opened kranji marsh. I was told that there were crocodiles there, but they weren’t there at the time of my visit.