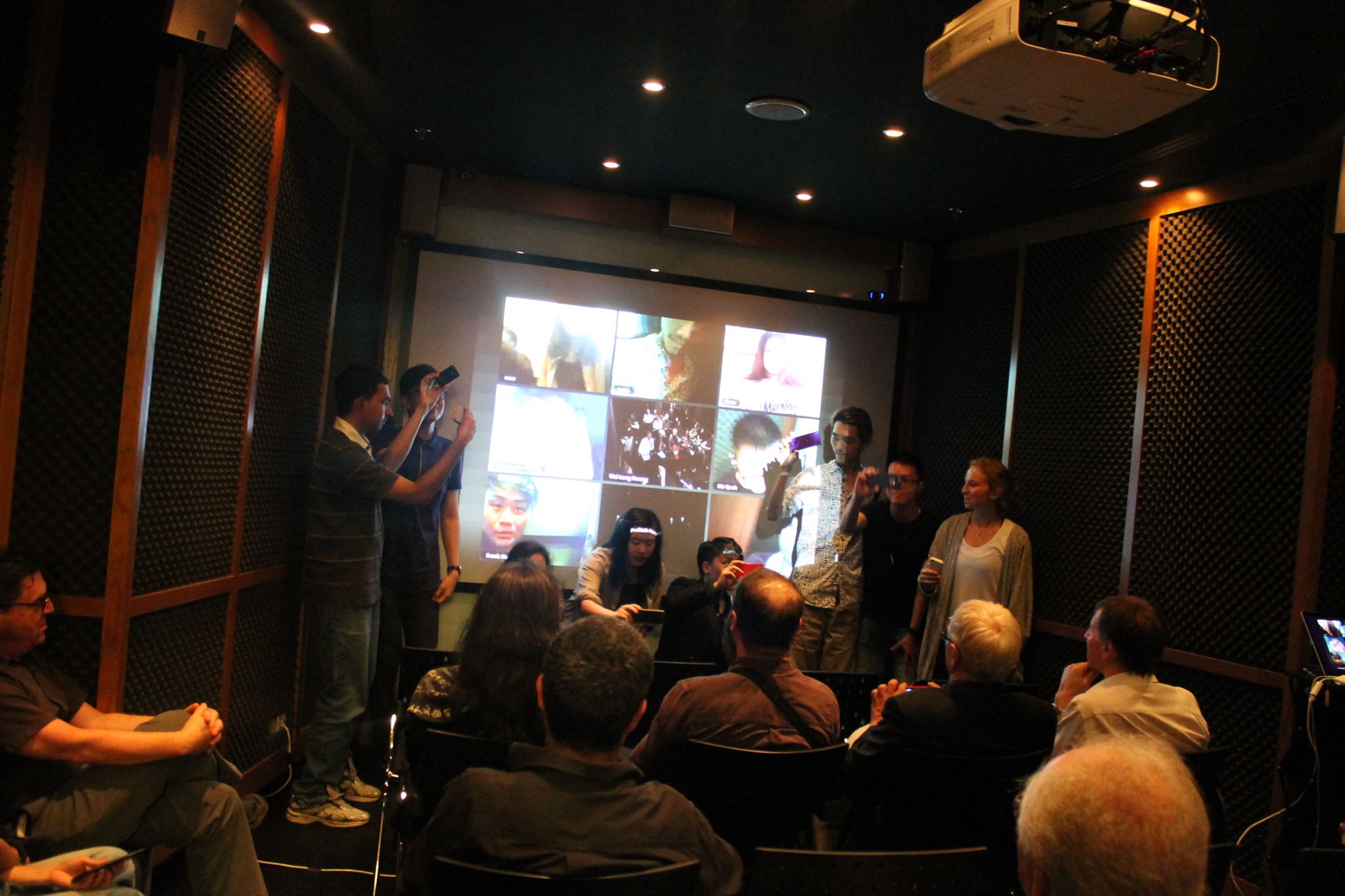 we r no[where] by Helen Varley Jamieson creatively uses the Internet as an artistic medium, it was a cyberformance that take the third space as a networked environment. After several discussions and rehearsals in past few weeks, we finally met again in the Adobe Connect and collectively delivered the cyberformance to audience locally and remotely in the opening of Art of the Networked Practice | Online Symposium. In the overall practice, it was definitely a great chance for us not to only experience, but to participate in this collective artwork.

From the first class of OSS: Media and Performance, we learnt and discussed the concept of Open Source. We created, discussed, reviewed and shared in the OSS website, a place where we lived online this semester, and we call it ”the third space”.

The limitations and No boundaries

While it can be argued that the glitches are in part of the performance, it has limitations. Since the nature of networked practices rely on the internet, it is possible that some of networked performance will affected/limited by the quality of network or the limitations of existing technologies. During the cyberformance we r no[where], it runs not overall smoothly as we expected: when we go through both in rehearsals and final performance due to the lagging network or the Adobe connect’s app performance. Instead of relying on the Wi-Fi provided by school, we eventually decided to use our own mobile network to reduce risks.

While the limitations exist, it has no boundaries in the role we were playing. It is interesting to notice that an excerpt of the chat transcript from “we r no[where]” :

One of the audiences Roddy Hunter mentioned at the time of performing, performers themselves became observers. I agree his insight in terms of the roles we were playing. And it helps me understand that it seems during the performance, we are not playing a specific role, we can be either performers, audiences or observers at the same time. In the same way, as the above pictures, our audiences were showed on the screen in the Part III of the cyberformance, they could be performers as well. It can be inspired by The American Moon by Robert Whitman that we discussed in terms of Collective Narrative, ”when the artist created the environment exposed to audiences, audiences themselves became part of the environment.” Same as JenniCAM by Jennifer Ringley, when Jennifer was performing in front of her webcam, she became the observer itself.

From the reading  “Welcome to Café International” :

“A performance space with no geographical boundaries.” I appreciated the chance that I can involve in this artwork by Helen. And I appreciate Randall and his OSS unit that helped me learn to see things in an artist’s view.