This week we mainly talked about numerous political cinemas such as the Chinese Revolutionary cinema, German cinema as well as HK and Taiwan cinemas. During the 1960s-1970s, Chinese government has utilized film as a propaganda tool and to transmit the message that the government wants to deliver. It has strict control over mass media. And its films were very typical,… Read more →

This week we discussed the adoption of sound into films. In lecture we have went over the sound revolution in USSR, Japan, Britain as well as the USA. There was always huge debate on the use of sound after the introduction of silent films. Rene Claire, the French filmmaker has argued that cinema must remain visual at all costs while… Read more →

This week we discuss the art cinema as an institution. Numerous trends including dada-related production, surrealism, cinema pur as well as experimental narrative are revealed.  Experimental film differs from traditional narratives in its exploration of an alternative form of cinematic convention. One film discussed in class is Emak Bakia by Man Ray. Man Ray disregards the traditional and common literary… Read more →

Last Sunday I watched Train to Busan. It’s a very good movie. I don’t like the ending tho.  Read more → 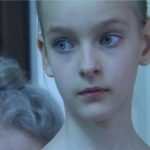 52 percent   As the movie progresses, we gradually understand the ambition of a young girl- to be a ballet dancer. Through some rough examinations and trials, we develop expectations of hope and fear. We see her hard work in the  apartment with a lovely cat. ‘If I don’t get accepted’ because ‘i have ugly legs’ shows us the definition and meaning… Read more →

Welcome to Open Source Studio. This is your first post. Edit or delete it, then start blogging! Read more →