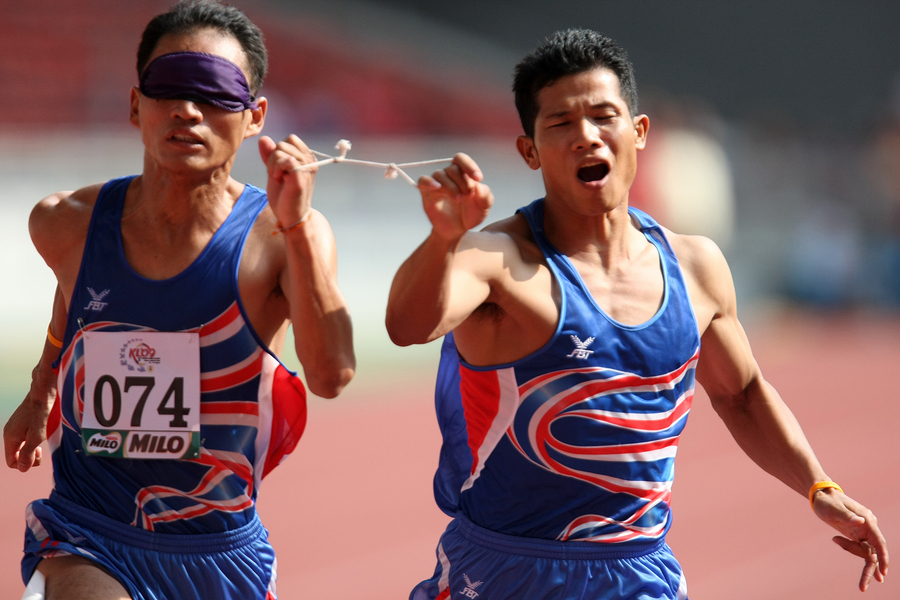 I would like to make a documentary about a person I read about online while researching a running club called the Runninghour.

His name is Hock B..
Hock B. is blind. However he does not let this stop him Despite his visual disability, he leads an active life. He is a runner and a tennis player. With him as a main character, there are many topics to touch upon. There’s his life story about going blind, the ambitions he had/has and the struggles he faces. There are the two sports he is active in. Soundball is a form of tennis played by blind people. And then there is his running club Runninghour.

A huge issue with my documentary idea is access. I found out about Hock B. while reading an article. He’s an interesting person, however, I do not have a direct contact to him. (Facebook)

The documentary by Rafal Skalski shows the ambitions and struggles of an aspiring 11 year old ballerina. Wanting to get into a ballet academy, she has to go through a tough evaluation. Skalski and his crew follow her on her journey through preparations, training and eventually a final audition for a spot at the school.
The film begins with a group of young ballerinas lining up and getting ready to dance. After the titel screen disappears, we meet the protagonist Alla. She is at her first audition. In front of a group of judges she has to stand in all sorts of positions and has to do different exercises. Alla fails her first audition simply because of the length of her legs.

The film maker often uses the motif of contrasting the adult and child world. This becomes evident in a key sequence during the first audition. The audience can see a jury of retired ballet dancers, discussing. The scene has a very serious tone to it. Meanwhile the girls are playing games while waiting for their results. The scenes are put together as a parallel montage of critical, judgemental faces on the one side and the light-hearted games of the girls on the other.
Alla herself has a very grown-up attitude towards her ambitions. She knows what it takes to get into ballet and trains hard to get there. However there are moments in the short film that remind the viewer that she is just a child (e.g. watching cartoons on TV while she does her exercises).
Skalski uses different tools to get the audience to empathize with the main character. The voice-over in the film is put together from snippets of the interviews with Alla. The filmmaker uses close ups of the girls’ faces to convey emotion.

When Alla goes into her last audition, I was rooting for her. I was hoping she would get into the academy and come closer to her dream of becoming a ballet dancer. The film ends with a rejection from the academy and a final interview with the protagonist.
The film talked about struggle, hard work and failure. It was a captivating documentary. 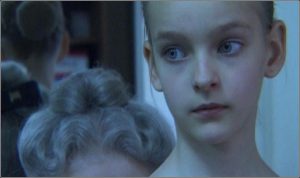