I think the exhibition was interesting, effect full and engaging, at the same time I noticed that it’s hard to make a really convincing  interaction between the human and the interface with the computing power of today. Many of the different parts of the exhibition is cutting edge when it comes to interaction with the visitor, but sometimes it’s hard to not think about the technology behind it. With this I mean shadows from projectors, time between input and output and the resolution of images, for example. Sure this is pretty small stuff compared to the whole picture and sensation of the exhibition, but it still draws a bit of the attention from the art.

I think that the exhibition has a theme that can be felt as the visitor goes through it. As we entered the first room which was very intense and beautiful, the feeling of life and the vulnerability of it was shown with the dying flowers and the shadows of people whom had been there before us. In some way it’s a reminder of the walk of life.

The second piece was most powerful to me in my opinion. The colors and the surrounding of the artwork as the water level rises over the cliffs of the world as we lie there very comfortable. Also very describing of the day and age we live in, in the rich part of the world.

The next part of the exhibition was playful and I think that we for sure will see some of the interactive games in our homes in the future. The games seen here might change our usage of personal screens and instead make the screen to a playful interactive shared space where we interact together.

I think that the interactive designs that we’ve been trying out is good to bring about emotions which could be hard to extract through traditional art, reading and so on. When multiple senses are affected at the same time the resulting sensation is much more powerful. For example the last piece of art, when you find yourself in the middle of the LED-space with sound and lights working in a symbiosis, this is enormously effective when we want to deliver a message. Imagine what different it would be if there was a flat screen who would show the moving stars, not as powerful as when you can see them passing by in 3D. The effectiveness of the interactive medium as a way of delivering a motion of being a part of something has been used in different ways. For example, UN used augmented reality to show the everyday life of Zidra, a girl in Zaatari Refugee Camp in Jordan. By watching the interactive movie with a pair of VR-goggles you feel closer to the environment and maybe the people in the film when it’s possible to look around during the time goes by.

As I concluded earlier is the interactive medium much more effective when it comes to make the user more engaged, as its always been, when we feel like we can effect the sequence of events we get more engaged with the problem and the solution.

Link to the film

Shout out to the Japanese guide who was lovely and explained one of the meanings behind the exhibition as being made to see that we’re all a part of the ecosystem and the cycle of life. Showing this through animals in the floor, flowers dying, flowers blooming, sea swallowing the earth and so on. Hopefully the message will get through and some will reflect about this.

All in all, a great exhibition and I will for sure take my mother there.

1 I think that Mercedes do have a good seat adjustment system that is intuitive and easy to use for the driver and passenger. From the first time using it it’s easy to know what does what in the car. See the picture, as the different parts of the seat is being moved the seat moves as well. 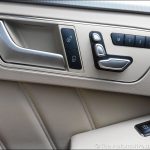 2 I think Airbnb has a good user interface that uses constraints and affordances in a good and usable way. This way the ways to be confused as a user is cut down to only a few, without the feel of loosing usability and lack of functions. The view-port is mainly filled with the most important in a order that goes from where you want to go, to when and then you chose where you want to stay.

3 Apple Tv remote is a good example on taking the characteristics from the other products of the brand and applying it to other product groups. The new apple tv remote is very usable and uses the touch almost in the same way as apple uses it in other products, as a previous apple user will recognize and adapt to fast. Though it might take longer for people used to other brands to adapt. 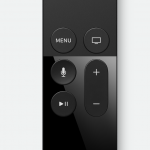