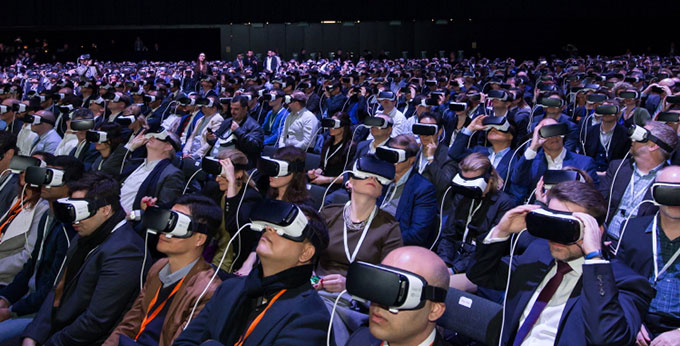 Cinema is not a single medium anymore, it is a medium that brings people together. I think, cinema changed from a special and magical medium to a social medium which became ‘normal’ in our society. In times like Netflix or Amazon Prime we do not have to wait for a certain movie and we are not bonded on the film schedule. We brought cinema to the living room,  so that going to the cinema became more than a social event like having a date, eating popcorn together or having a chilled night than a big event that is planned weeks before.
Having the opportunity to watch a movie in a cinema whenever you want to made cinema and film to nothing special anymore. It is not a big deal to go to the cinema and we are not surprised anymore when we see an action, science fiction or western movie. So, it gets more and more seldom, that we are going to the cinema for a particular film because we do not have to wait for long until we can watch those movies at home on our sofa. We do not think that movies are something magical anymore.

Although, we do not have to watch the whole movie at once if we have not enough time. We do not take the risk to pay for something, we do not really like. If we are bored or chose the wrong film, we are just able to switch to another one without any consequences. Also, we are not forced to watch the whole movie. We can just stop it, if we have other plans or obligations we are able to just stop the film and continue watching whenever we have time to.

Additionally, it is easy to replay movies from former times or of any genre you can imagine. We have so many film genres and so many possibilities to produce films. It is nearly overwhelming and sometimes I think we have to many possibilities. It is not like there is a specific type or genre like the in the 1940s the Film Noir or the German expressionism films.

Nevertheless, I think, the future of film is different. There are already a few cinemas in Europe, where the viewers can vote for their favorite movie and it is going to be shown in the evening. Also, there are interactive movies where we can chose what is going to happen next, so that a movie is going to be an unique event and probably this evolution will bring people back to the cinemas. Also, there is another new technology: the 4D cinema, where the viewers are sitting in moving and vibrating chairs which supports the special effects. Also, 3D cinema is getting more popular and watching a movie – no matter if we are in a cinema or our living room – gets even more real.

In conclusion I think, that cinema nowadays is more about simulating uniqueness under the circumstances of maximum standardization of the experience. And I think, films will get more specialized on visual effects with the aim, that watching a movie becomes a real-life experience. But at the same point I think, that cinema gets more and more online. The institution cinema will increase and the focus will get more and more to the online steaming medias which is also caused by the fact, that it is easy to transfer films online and nobody has to deal with heavy and impractical film-rolls.

One Reply to “Thoughts on the future of film”