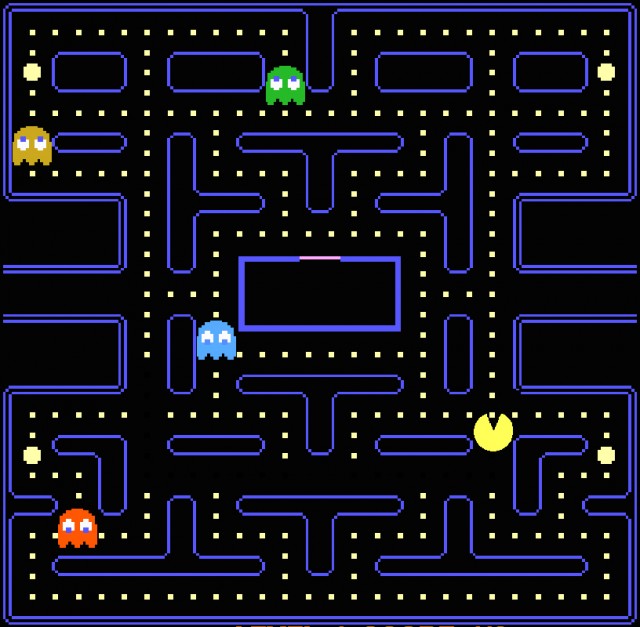 Sherry Turkle’s original publication of her book The Second Self was an influence to the new media scene. The excerpt entitled Video Games and Computer Holding Power went beyond the consequence and influence video games have on children and adults. She explores the nature of the game and the immersed connection a person has when heavily involved in the matrix of a particular playing field and beyond that its computer software. Generations are physically seeing the expansion of design and detail within the games. Those who were at the prime age when Space Invaders came out share the same conceptual simulation as children do now with Halo, however since technology has advanced to such a degree “it seems to threaten a new kind of generation gap that feels deeps and difficult to bridge.” As we examine the conceptual idea of a video game we must consider its computer-programmed basis. “The video games reflect the computer within-in their animated graphics, in the rhythm they impose, in the kind of strategic thinking that they require.” If we compare the Pinball machine to Pacman we see that the pinball game doesn’t act as a transparent medium by any means, “it rusts, its slanted on the floor, etc.” With the Pacman video game, the “real world” allows more of a freedom for imagination. “It is a space where the physical machine and the physical player do not exist. You become the player within the game, you are the mouth.” She argues, “At the heart of the culture is the idea of constructed “rule-governed worlds.” Within a game, for example Turkle uses Dungeons and Dragons to draw upon this idea that as a culture we strive for a basis of rules that invokes us into a neverending challenge to conform and attempt to beat them. Her audience is not to children, though the consumer age most associated with video games is the youth we see her use collective insight from David, the lawyer in his midthirties and Marty the 29-year-old economist. I feel that her audience is to users of this medium for whatever purpose of use whether it is used as a confidence booster in temporarily changing persona, a way of Zen from daily trifles, or a general way of relaxation or hobby.

I would have to agree with Turkle’s insight into video games. Though I must admit I have not grown up playing them everyday nor do I really care for them, I have plenty of indirect experience in their usage. I would like to share a story with everyone that I feel pertains to this. I had a friend who waited aimlessly for the release of the original Kerby video game. Upon receiving it he began to devote all his time into the game so much so that he quit attending school for a period of time, broke up with his girlfriend, and cut off contact to the outside world. This may seem a little extreme but I want to relate it back to this idea of “losing oneself in a simulated world.” Turkle’s even states, “Involvement with simulated worlds affects relationships with the real one.” Video games are becoming full on activities. If you read a friends facebook, you might find them list video games under “hobbies/interests.” After all video games are an official part of our culture.