Already in 1993 the first live stream was done by Xerox PARC when they streamed a live performance by Severe Tire Damage to Australia. After a couple of years Apple used the same technology and hosted a web host of Metallica.

This constitutes the base of live streaming and builded a curiosity for companies to use in order to inspire their audiences to get more engaged and enthusiastic about that messages could be live which gave them access to the latest, freshest news about their products.

This first expression of the live stream that is all about latest, purest, freshest news, is what I in my final project want to challenge. A lot have changed from the early days of the live streams. Today everyone can easy make a live stream so long they have a smart phone or just a way to record and internet connection.

One inspiration for me is the No Fun art piece by Eva and Franco Mattes that through live streaming on Chatrolett  which is a plattform that allows you to chat live with strangers all around the world by talking to them or through texting . The one you will chat with will be assigned to you randomly and you can choose to change chat partner whenever you want. On this plattform did the Mattes couple make it look like a man was hanging himself, they did simultaneous record the strangers they chatted and their reactions. This forced people to actually question if what they saw was real or not and it showed how people react when so absurd things happens.

Another source of inspiration for the project came from the lecture about about authenticity and liveness where we brought up Diller and Scofidio and their project Refresh from 1998 where you could go in and watch people in an office and every time you hit refresh you would see them in another place, doing something looking like a live update. However is this not the case as some of the persons displayed in the office is not real persons. They where in fact photoshopped in the frame just making it look that they are actual real people. 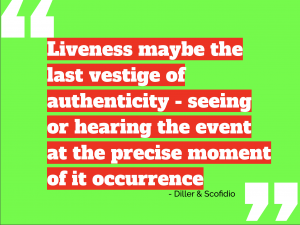 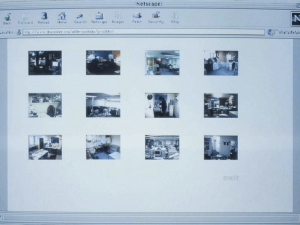 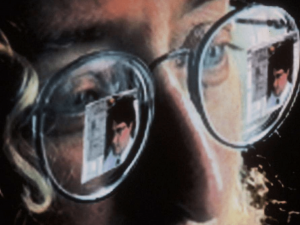 The last inspiration that I got fram class was not an actual live stream. It was from Amalia Ulman, the first great Instagram artist. Where she convinced her audience that she had a life that she in fact was not living. Where she went through different parts in order to develop her character that she portraid. She was able to make all her instagram followers to think that she had made some radical choice and had become a new person. In contrast to the other artist mentioned above did she actually make people that knew her for real change their mind about how she was as a person through the months she did her performance. 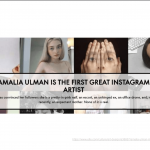 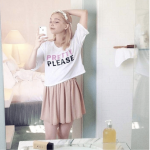 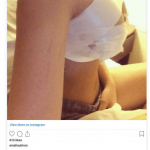 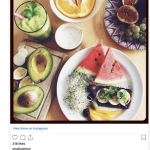 So with the inspiration and my gained knowledge I have gotten through the lapse of the course have it concluded in a final project where I will challenge the core concept of a live stream. What is actually live and can a live stream be modified and be far from pure and new content?

I will in the same way as Eva and Franco Mettes did a performance that questions the audience if what they see is real or not and then also see how they take responsibility of what they witness. In the same way as Diller and Scofidio and the previous mentioned artist will I put in fake elements in my broadcast and make them as realistic as possible. And I will try like Amalia Ulman to fool people that real know me that I am a differente person than what they think I am. This will however be hard when I only have 30 minutes to do so. The key to my project is that my “live stream” will be in fact a pre recording.

The recording will begin with me introducing myself and ask the people watching to give me dares, by this making them “involved”. I will then do dares I have already figured out in advanced and have friends that will be watching the live broadcast to give me dares which I will perform. Only that my friends will know in advance what they need to write so it will add up with the video. In the end of my 30 minutes of broadcasting I will however paus the recording I have already done and change the camera so they can see that I am in a different environment, making it clear that the live broadcast was set up from the beginning.

The comments which my friends will help me provide make the other viewers of the broadcast think that it is an open source media but in fact it will not be. Hopefully this makes people want to participant more and make more requests when they see me preform what is written live in the chat, especially if what I do is a little more extreme and out there. However I will test and see how it works if I speak in real with a microphone of some kind making me able to talk with my audience and answer the questions and comments they do during the live stream. I will also try to talk and make comments during my broadcast that would suggest that I am in fact reading the comments.

The schema of the broadcast will be as following:

The whole performance will be filmed on a go pro camera because then I can drop in the pool without worrying.

One issue I have is that I have a set time when I should do my “broadcast” at 8:30-21:00pm which means that it will be dark outside. But I want to do my recording when it is a bit lighter outside so you can really see what I am doing. But a large part of the audience will be Swedish and also be in Sweden which will save up the situation. Because they will not think about the light because they already have a picture of Singapore being sunny and hot all the time so I am counting on them not noticing.

From the previous broadcast I have done during the semester have I noticed that I restrain myself when I use my own private Instagram account. I was afraid of talking or doing something that would look weird. So by doing the recording in advance I think that the outcome will be better because than I just need to hit play and watch, I cannot interfere because then I will ruin the performance. Making me evolve and deal with what I have created. This will be good for me on differente levels both that I in the future can with ease show more of my creations for my private followers as well and also understand that you don’t have to be picture perfect all the time. It does also give me some pressure to give them a good performance as well and I know that the video will be well made.

An example of this kind of performance that we have not have covered in class and is  David Dobrik a vlogger on YouTube. A vlog is supposed to be what you do in a day. Like a video dairy. However is all of his videos extreme and he do take plenty of takes and I would even say that some of the videos are scripted. He doesn’t send live but I would say that is the only differences between us.

The result I hope that I will be getting from this performance is that I want to challenge my viewers to question what they see and hopefully react in an appropriate way. I want to start a thought process and help them become more critical to what they see. This will also be testing them if they believe everything they see or not. And will this be considered live? or will it not?

Some interesting links for the topic: