Okay… First of all I thought that I had already posted this?! But it turns out I did not publish it. So sorry!

For our second assignment, it consisted of the class assignment (a video), and then the assignment itself (the sound).

Let me dive straight into the class assignment first! 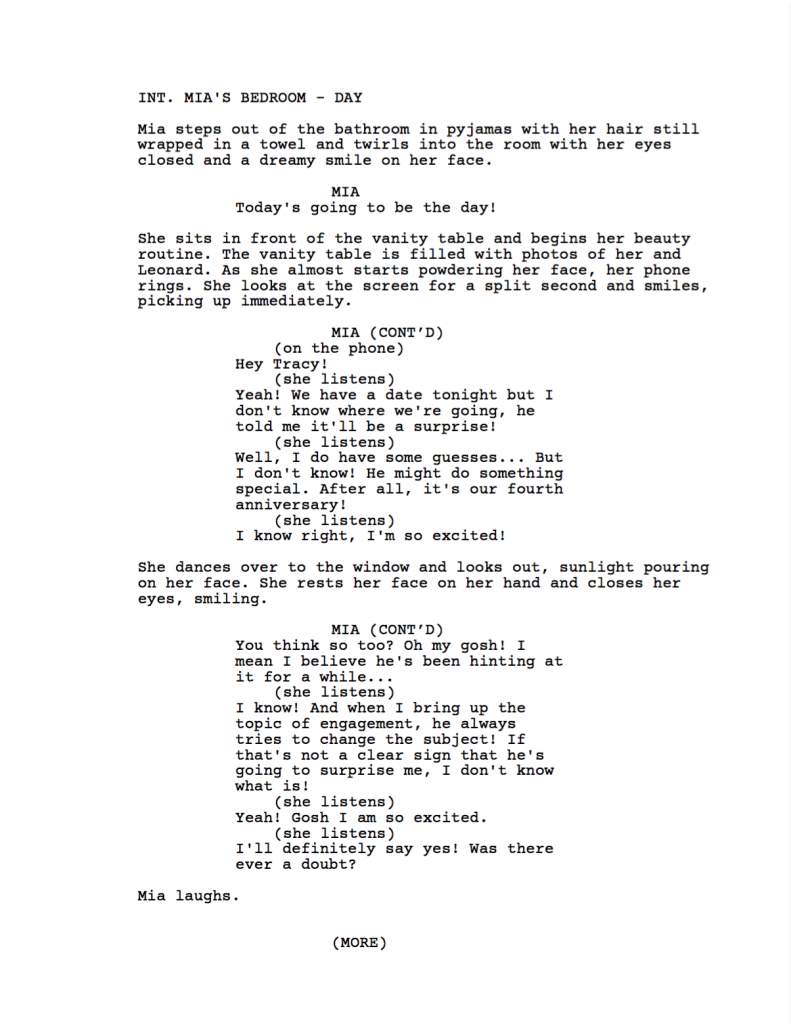 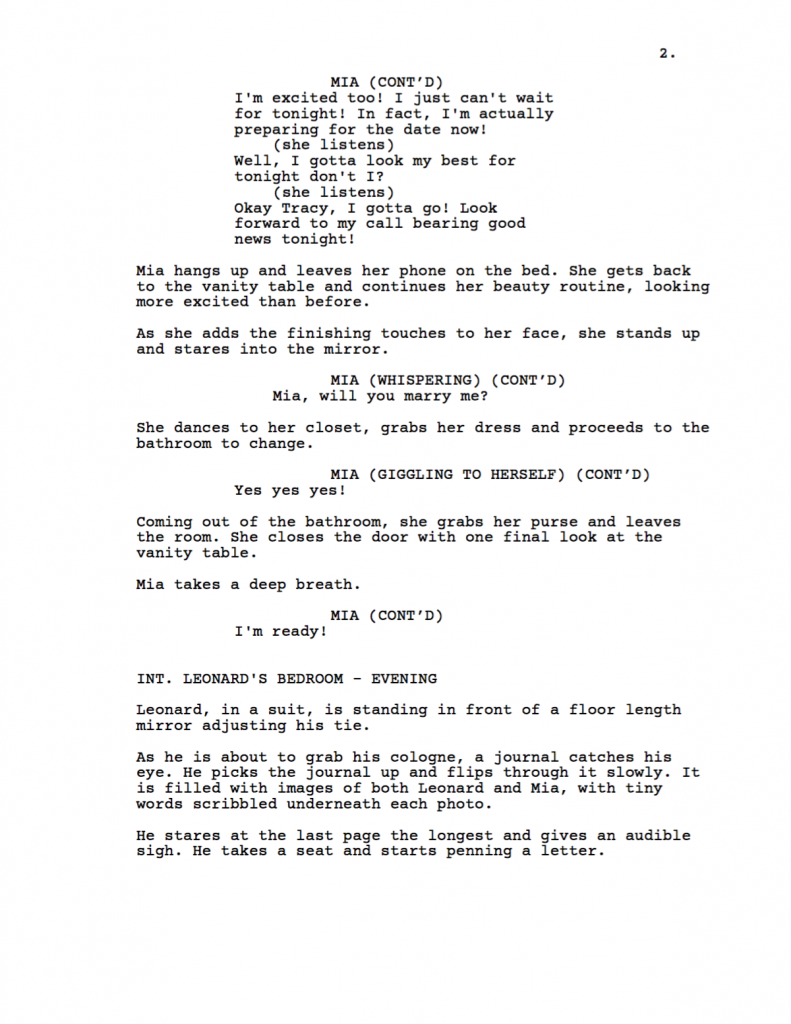 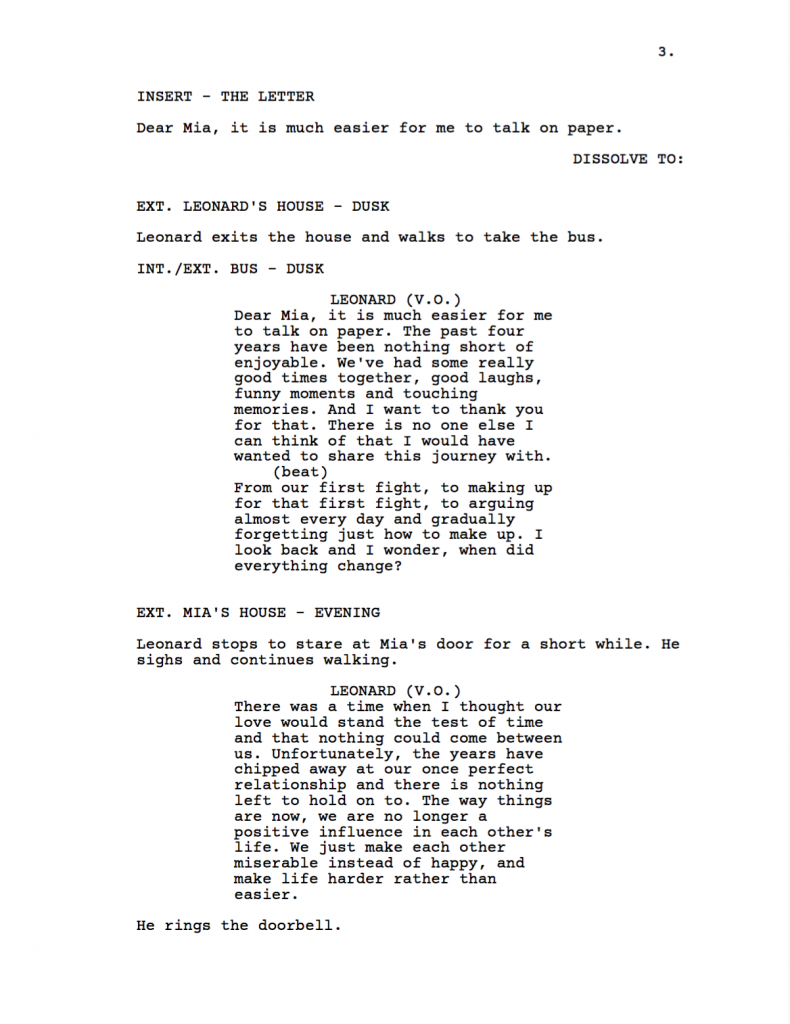 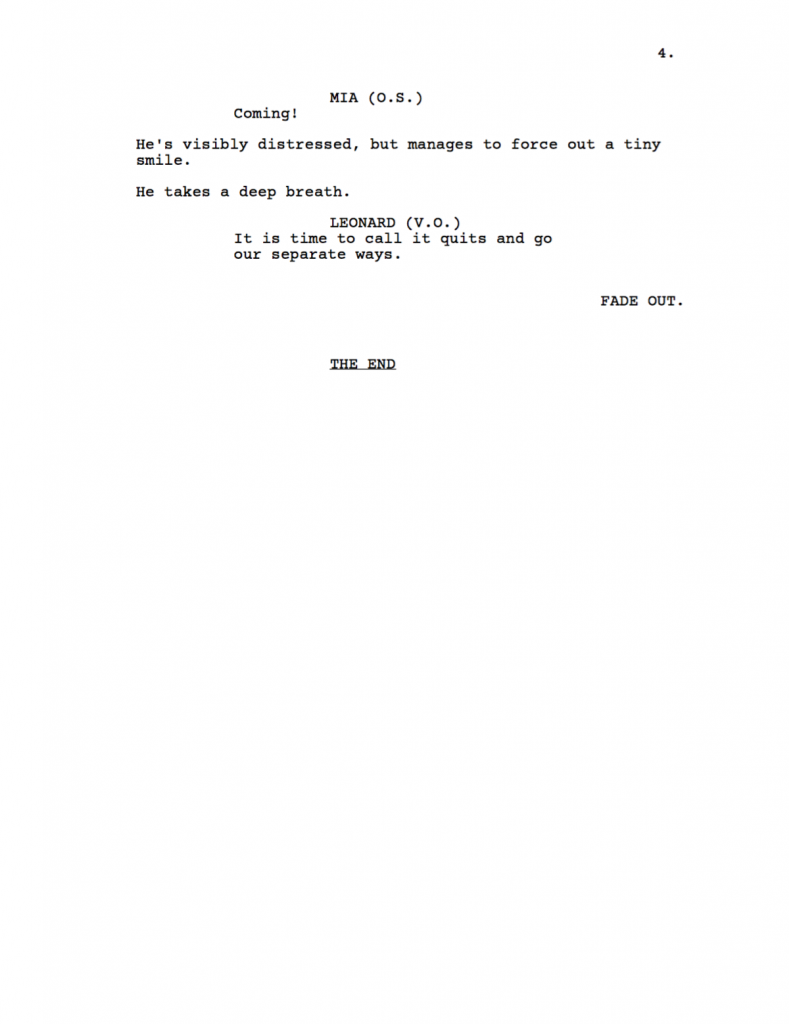 I got to write the script for this project!

We kinda had an idea of what we were gonna do right from the start in that it was gonna be a girl getting ready for a date, thinking that the guy is going to propose to her while the guy, also (mentally) getting ready for the date, is preparing himself to break up with her.

So I wrote Mia as a very excited, enthusiastic yet unaware girl, while Leonard as a very stoic guy.

In the video, we gave multiple hints for the breakup. We portrayed Leonard as indecisive in many aspects – when he’s choosing between his cologne and deodorant, choosing between his ties etc. And a very smart  parallel was drawn – where he bends down and it looks like a proposal, but he in fact is wearing his shoe.

As for the sound, it was an entirely new thing to me! I had never full on edited videos before (I had never used Premiere Pro), and it was just very new to me. But I learnt a lot from that hands on lesson we had in class! Like using the audio mixer, the pen tool etc, all of which I had used while editing!

For the diegetic sounds, we all recorded our own separate sounds and added them to the video.

I recorded these using the Zoom H4N microphone borrowed from the school!

For the non-diegetic sounds, I wanted to experiment with using songs to bring across the emotions! Mood music.

My song for the female character is Better Together by Jack Johnson. It had this really playful vibe to it, really light hearted, and the lyrics were so meaningful! 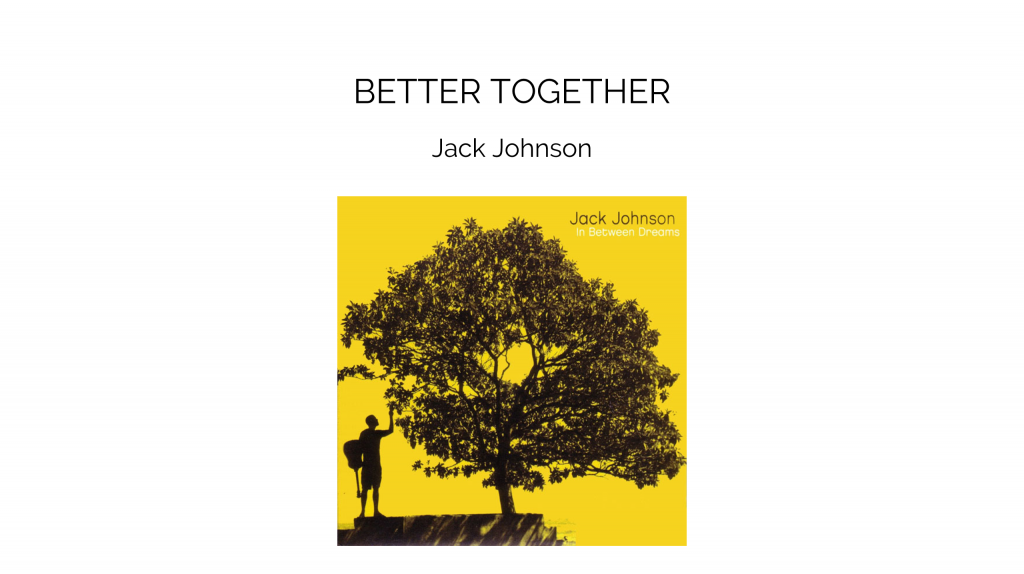 There’s a line in the song that goes:

And this is a preface to the break up!

Next, the song for the male character is There Are Many of Us by Aska! 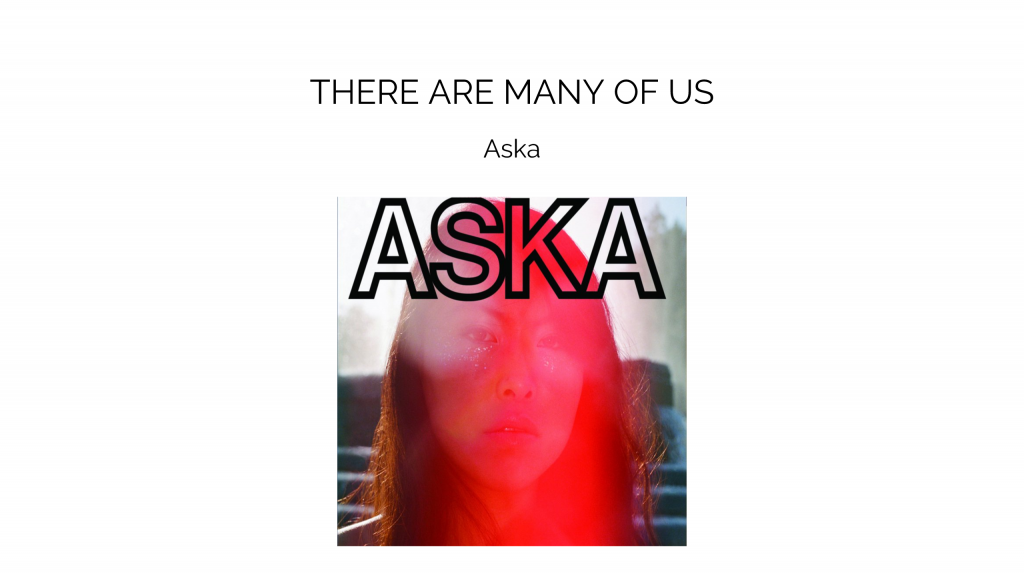 If this song seems familiar, it’s because it is! It’s from the short movie I’m Here by Spike Jonze. The one with the robots and stuff. So yes! Anyway how I interpreted “I’m Here” was that the female robot was taking the guy robot for granted, and to what extent will we actually sacrifice for a loved one? The dude robot eventually gave up almost everything. 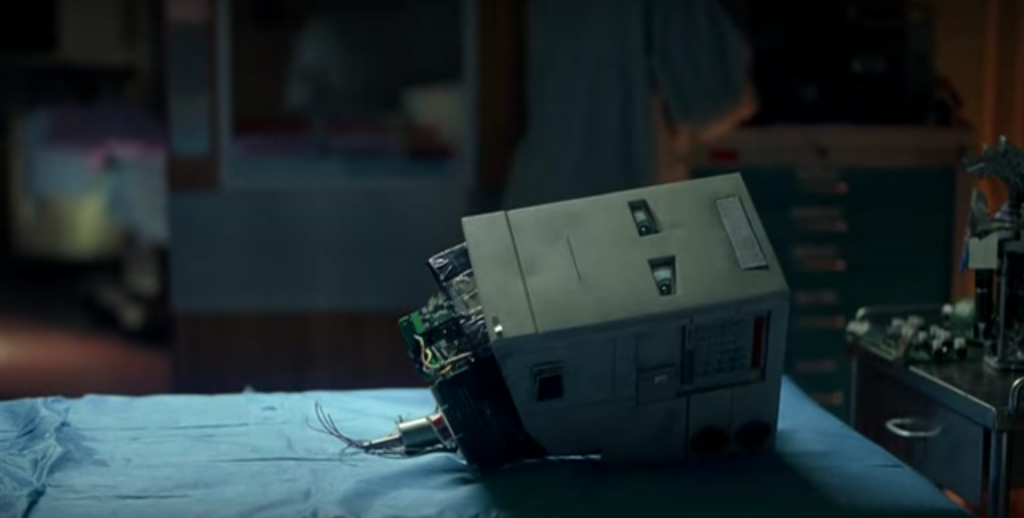 But yeah it does sorta fit our film in that perhaps the girl was taking the guy for granted, and maybe he realised “oh, I don’t wanna give anything up anymore”.

Well that’s about it! Wanna thank Chloe for being a part of this, and for being so kind and willing to help us out!! 🙂 To Nevin, Brian and Mark for being great to work with and just for creating this whole atmosphere of learning even while we were filming, and taking out all the stress from it! And to Ruyi for teaching us how to work sound! Definitely a very useful and relevant skill to have.

Will definitely get Premiere Pro (as in extend it over my expired trial HAHA) and just play with it more to better learn it and master it!