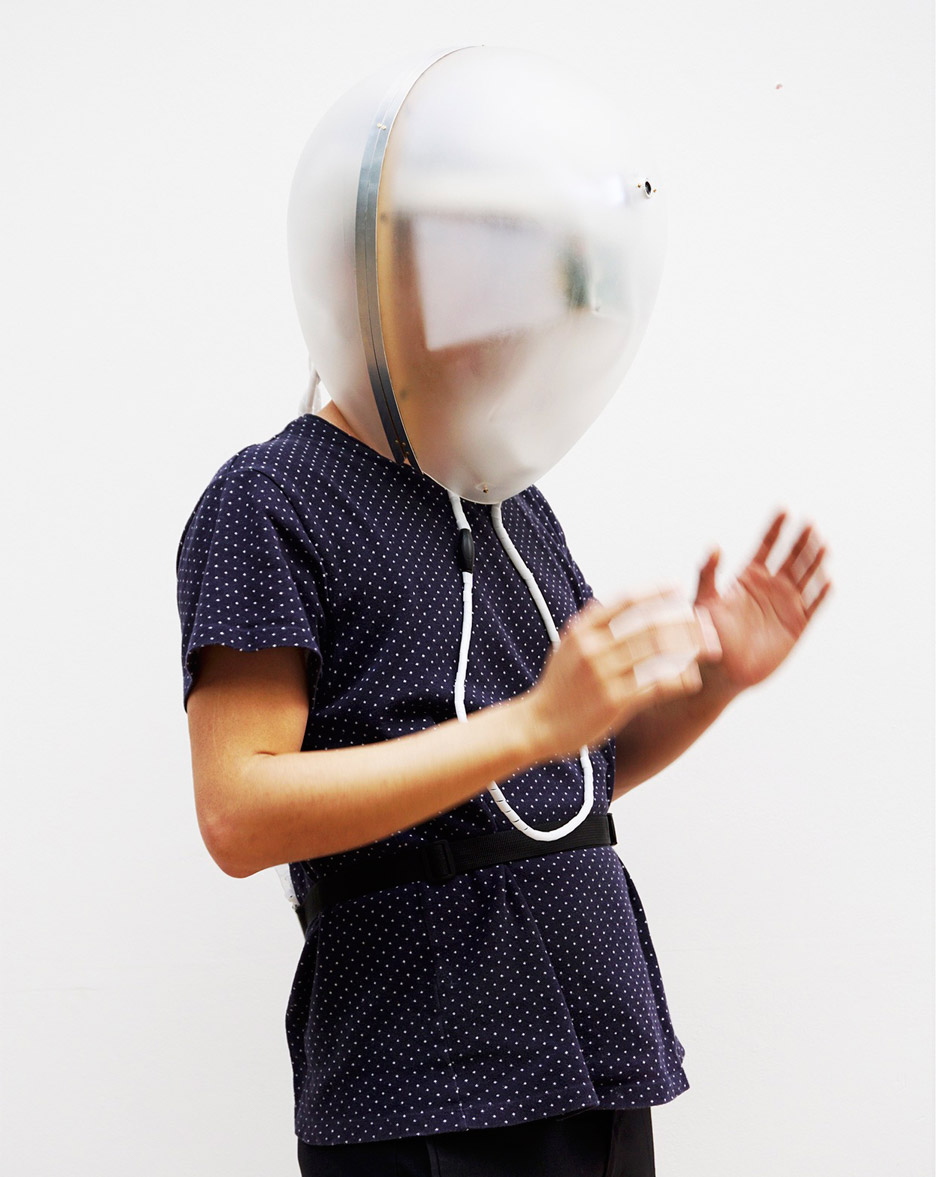 A helmet designed by Central Saint Martins graduate Di Peng that allows people to experience the symptoms of dementia through the distortion of senses. The egg-shaped and translucent device covers the head of the wearer, and includes a mouthpiece, earpiece and a screen that covers the eyes.

This device is designed to affect each of the senses and replicate what people with dementia go through. It is proposed to be for non-sufferers: caretakers/ family members of those suffering with dementia, in order to increase empathy and help them to care for their patients/ relatives better.

“In order to weaken the stereotypes and misconceptions towards dementia patients, I believe we could use simulation and pretence as a method to further understand their inner world.”

“Mostly, it enables the stakeholders around dementia patients, usually their family members or caretakers, to better understand dementia beyond what modern medicine could explain.” 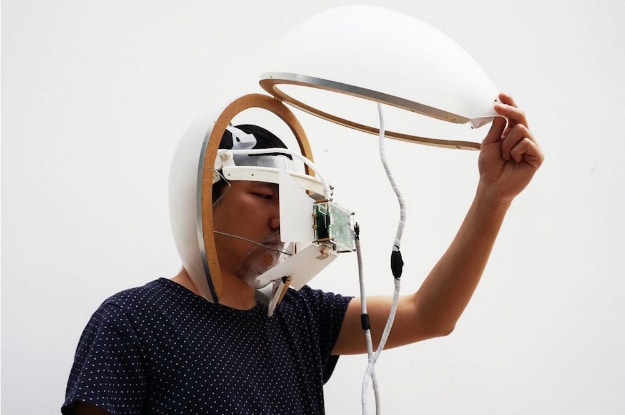 “People with dementia may well experience a range of symptoms – disorientation, spatial awareness, difficulties with depth perception, and failure to recognise what they are seeing with their own eyes – none of which are caused by physiological problems with the eyes, but with the brain’s ability to process the information that the eye receives.

People with sight loss and dementia are also more likely to experience hallucinations or visual misinterpretations, caused by the dementia or the sight loss.

Dementia can also cause problems that may appear to be a hearing problem. Auditory hallucinations can be a problem for some people with dementia, and could lead to confusion as to the state of a person’s hearing.”

Hearing Hallucinations – Occurs in any noisy environment:
Distorted incoming sounds and critical remarks are played through earpieces to the audience, mimicking the illnesses’ characteristic auditory hallucinations.

The Face Thief :
A screen over the eyes makes it difficult to recognise familiar faces, another symptom of dementia, by blurring out the faces of those nearby.

Communication Difficulties – Losing the Skill of Speaking:
Random words of the wearer are muted through the microphone, making it difficult to speak clearly/ convey oneself.

Taking all of these together, this device acts as a powerful tool for the wearer to experience and understand how frustrating and upsetting it can be to live with dementia.

I chose this device because I feel that it is a very compelling and brilliant device that makes use of senses in order to help put us in the shoes of others. Because no matter how much we read about dementia, we can never really understand what dementia patients go through unless we feel it for ourselves, which this device manages to do so. It is one thing to read, and another to experience and internalise! This device allows users to experience a reality other than their own.

I feel that a wonderful way to explore a cure for a medical disorder is to firstly experience what symptoms patients are feeling.

“As a research tool, Dementia Stimulator is an open-ended design that welcomes the dialogue of further probing into the ageing population that we have never experienced before”