I had many many ideas before finally settling with my final fish idea. 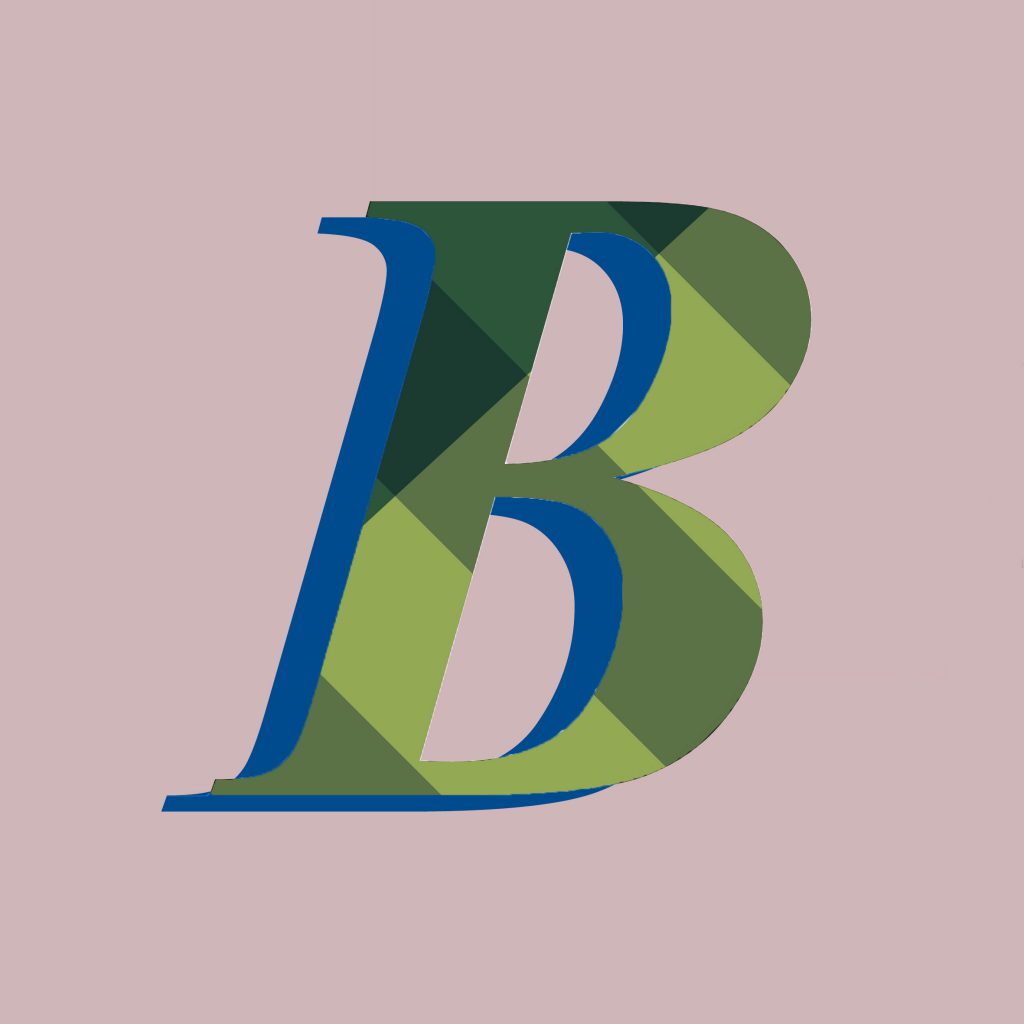 In a nutshell, I wanted to show how I became less enthusiastic about sports because of an injury just because I am a type B person. 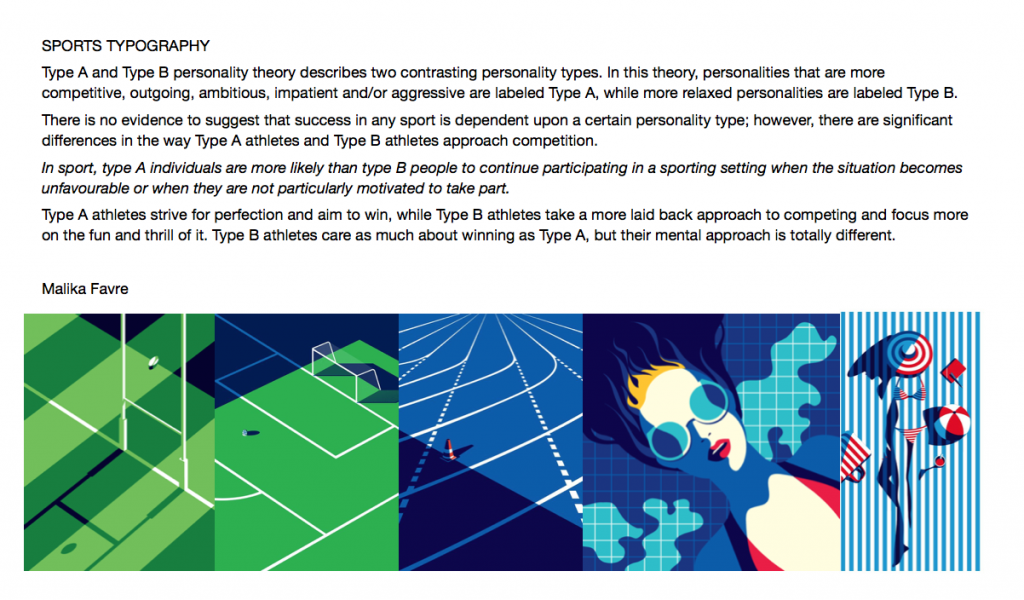 But basically, my ideas were all different for the four rows/ nothing was linking my whole artwork together. Thus instead of settling, I forced myself to come up with a better story/ narrative for my whole design! And came up with my fish idea!!

This being my first time at using Illustrator, I took a while to get used to it. After consulting many tutorials on Google and Youtube, I kind of got the hang of it! (Much thanks to my amazing friends – Eloise, Vania and Daryl for helping me out!!)

So, a historical moment of my life – my first ever Illustration on Ai!!!! Not so very beautiful but still… milestone… HAHA 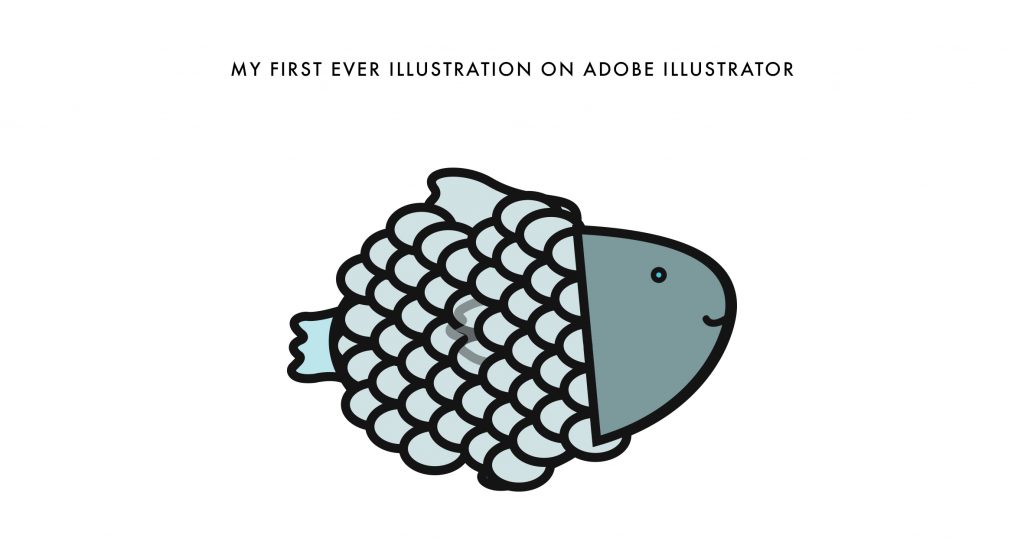 After playing around a little more, I decided to do away with flat line illustrations! The outlines around the scales seem very jarring. Also, this meant that I could not have any background because if my background had lines, it would be very messy. But if my background didn’t have lines, the fish looks very jarring on the peaceful background. And I needed backgrounds to better convey my design!

Thus, I had to search for other methods. And as I mentioned in my Research, I decided to go ahead with Flat Illustrations instead!

Here’s the Transformation Tuesday of my fish.

Eventually I decided to do away with speech bubbles, and instead conveying it in a visual manner! 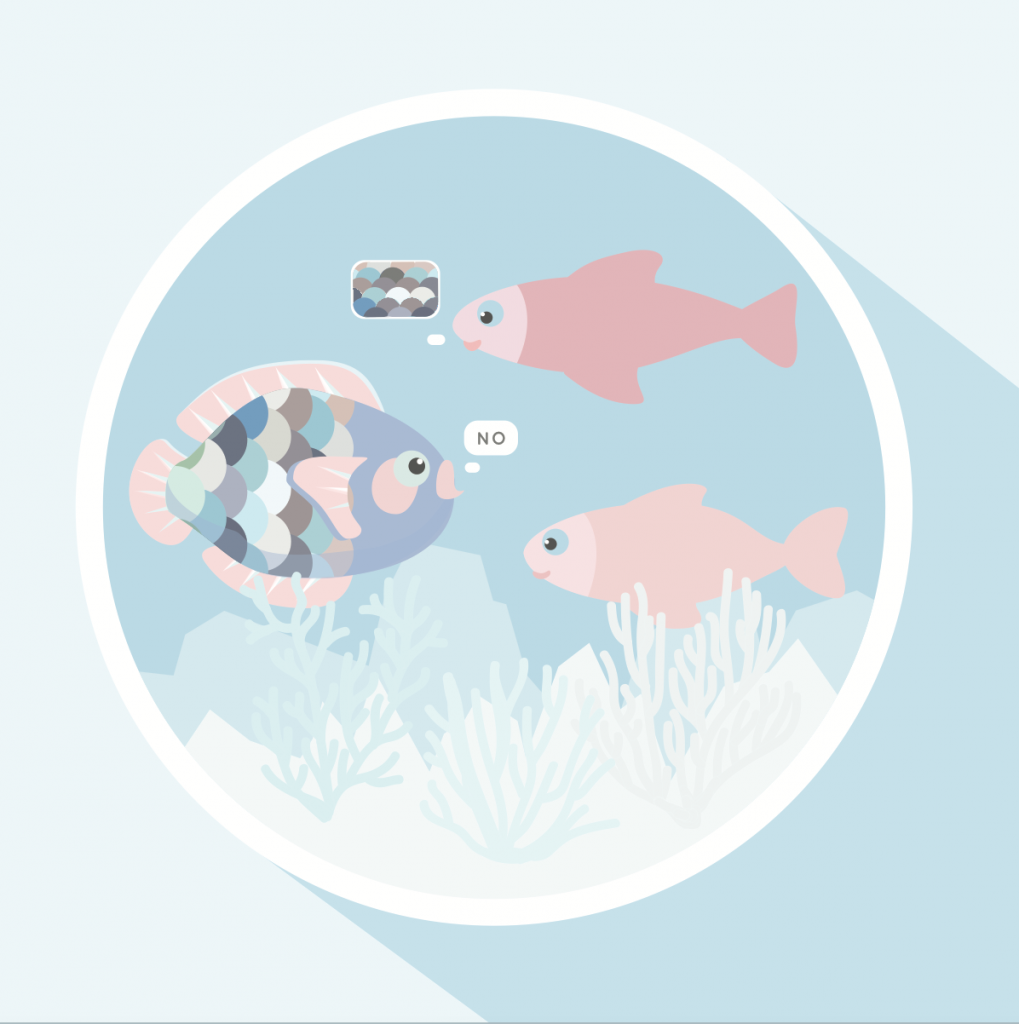 Next comes the difficult part. How was I going to show/ differentiate an ocean and a pond?

Initially, I wanted to do away without the pond just because it looked better. But I realised, my narrative is equally as important as visuals! Therefore I had to figure out a way to put it in! 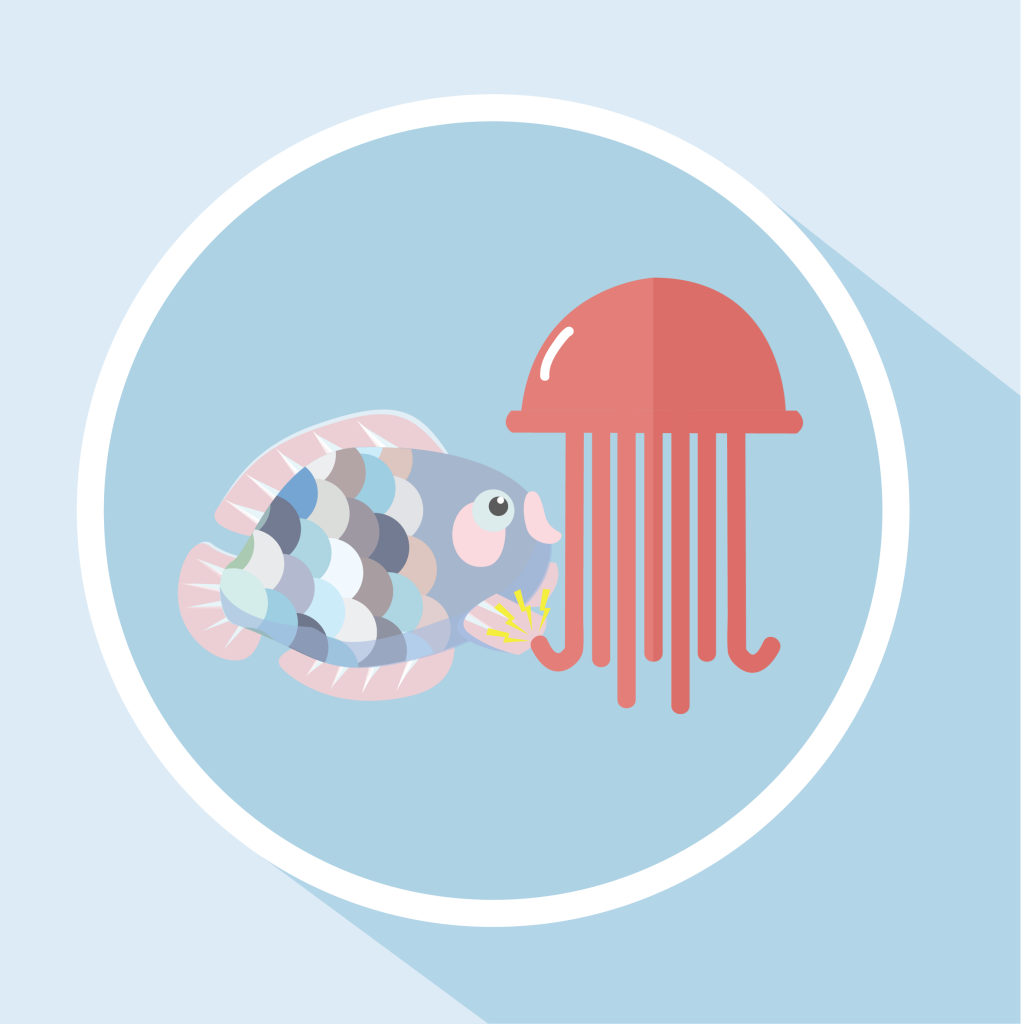 After firing up quick searches on Google, I found my answer!

To use corals to represent the ocean, and seaweeds for the pond.

Here’re my drafts for achieving the ocean and pond look!