For this week I mostly wanted to get materials, and also plan out how I could physically construct my device. 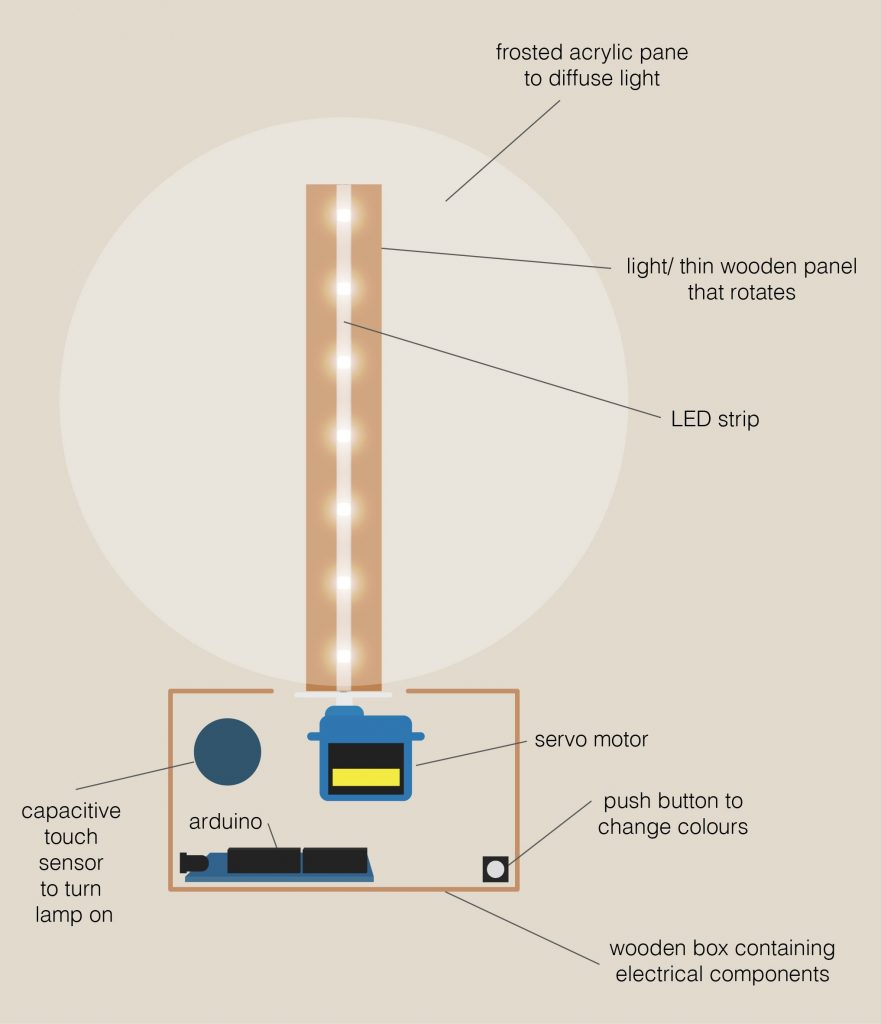 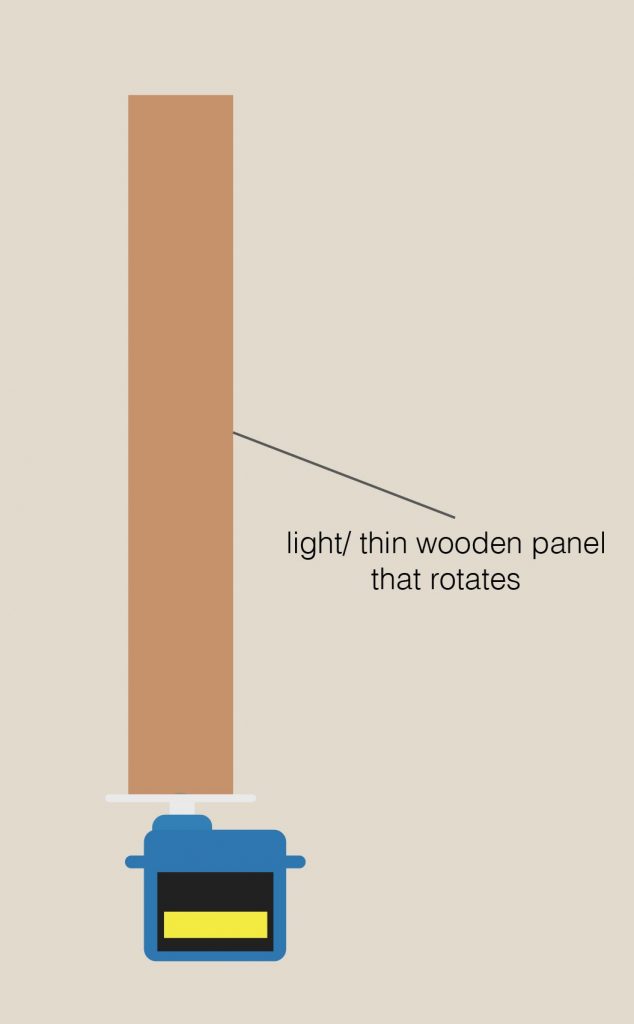 I will connect the wooden panel directly to the base of the lamp instead, and connect the servo motor to that. 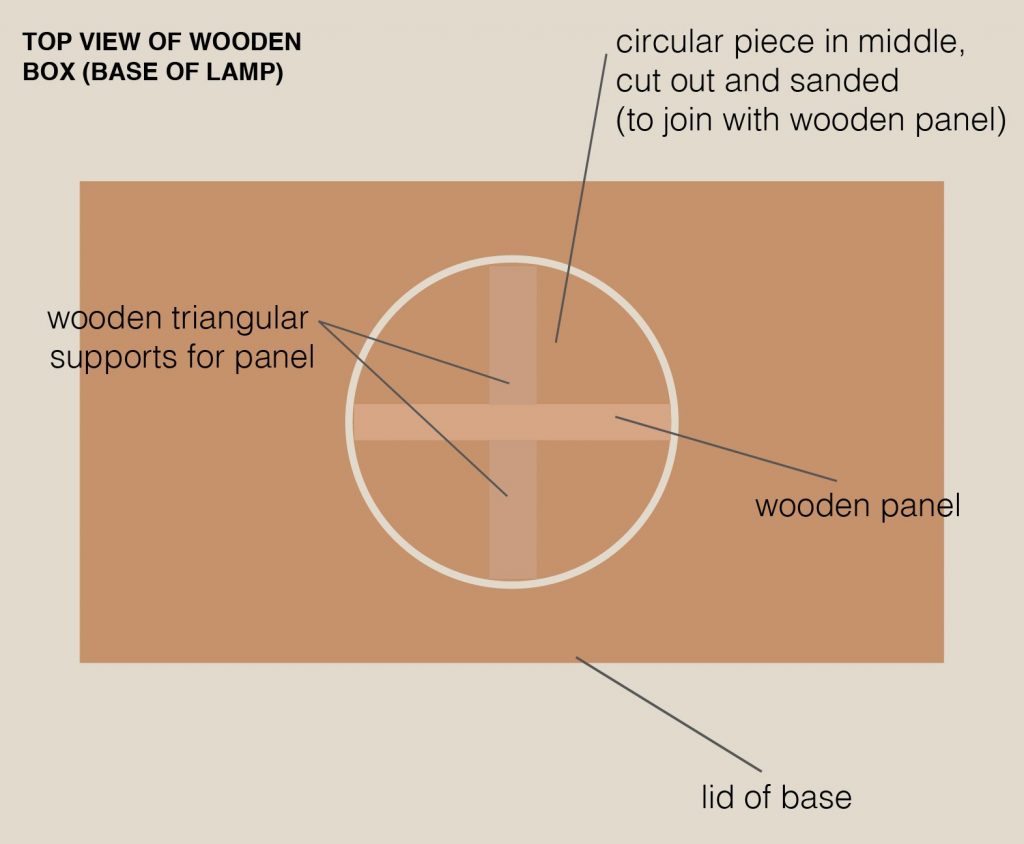 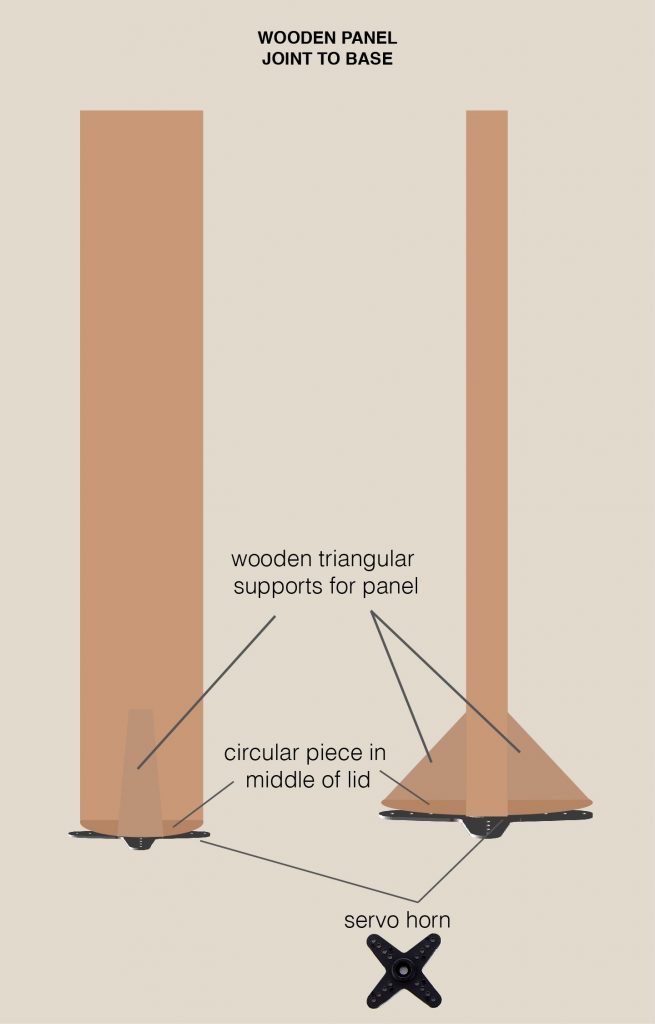 For this week, I will start laser cutting the wood and the acrylic.

Also, I will have to look at ways to further diffuse the light from the LED strip, and I can even try using toilet paper to diffuse it – https://www.tweaking4all.com/hardware/arduino/adruino-led-strip-effects/#MakeyoureffectscoolerDiffuseLighttoiletpapermagic.

While testing out a PIR sensor, I found out that it will sense for a motion, and after 5 seconds then it will turn off and start sensing for another motion again.

An explanation of how it works, courtesy of https://osoyoo.com/2017/07/27/arduino-lesson-pir-motion-sensor/, is basically that:

“The output of this device will go LOW (or Off) for approximately 5 seconds after the time delay completes.   In other words, all motion detection is blocked during this three second period.

The next step would be to try having multiple PIR sensors at once and also look at limiting the range of the PIR sensors (https://discuss.littlebits.cc/t/is-there-any-way-to-reduce-the-sensitivity-of-the-motion-sensor/21331).