Update on my Personal Sun project

I have been working on the input aspect of the Personal Sun so far, playing around with PIR sensors as well as drawing a plan for layout of the base where the sensors will be.

This update will be a bit heavy on the hardware aspect instead of software as I was approaching this project systematically, and I will be focusing on software next.

This time, I tried testing with multiple sensors instead of just one, and with a very simple frame made out of foam. 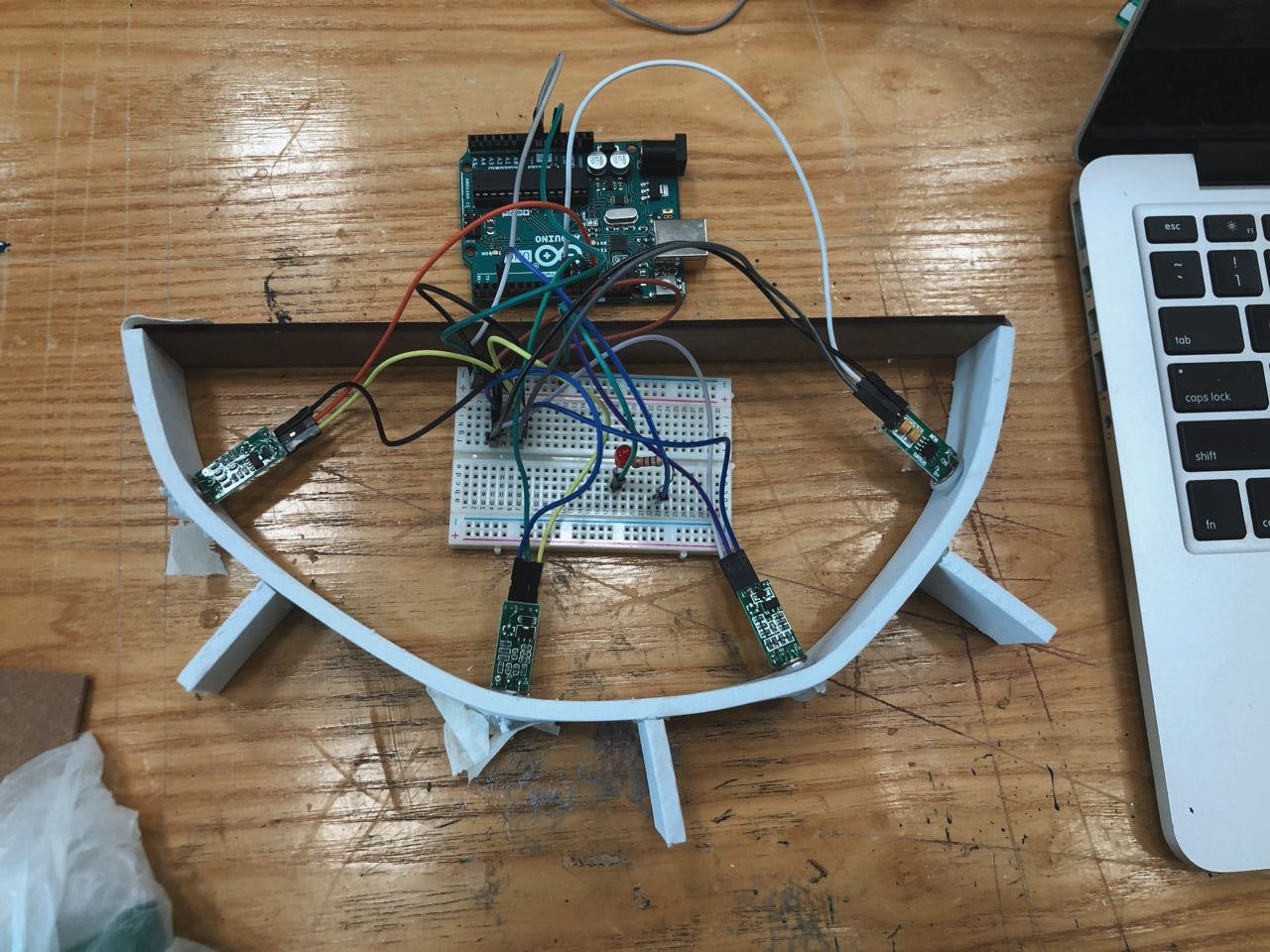 I found out that the range of the PIRs was very far and kept overlapping, and thus the dividers have to be way longer. I also tried limiting the range manually with some pieces of tape but that did not work very well for me.

2. Frame for base (to hold PIR sensors)

Therefore, now I know that I need longer dividers in order to limit the range of the PIR sensors.

I am also going with only 3 sensors instead of 4, so that my lamp will only be in 3 states: left-facing, front-facing and right-facing.

As I had some trouble initially just visualising how to construct a base for the PIR sensors, I first made a version from cardboard so that I could figure out what pieces I need. However, I found out that once again the range of the front PIR sensor was too wide and it was overlapping with that of left and right. So I tried adding some cardboard/wood pieces to try and limit the range instead. I found out that this works, and I will be incorporating this into my final product.

Therefore, this is my final plan for the PIR base! 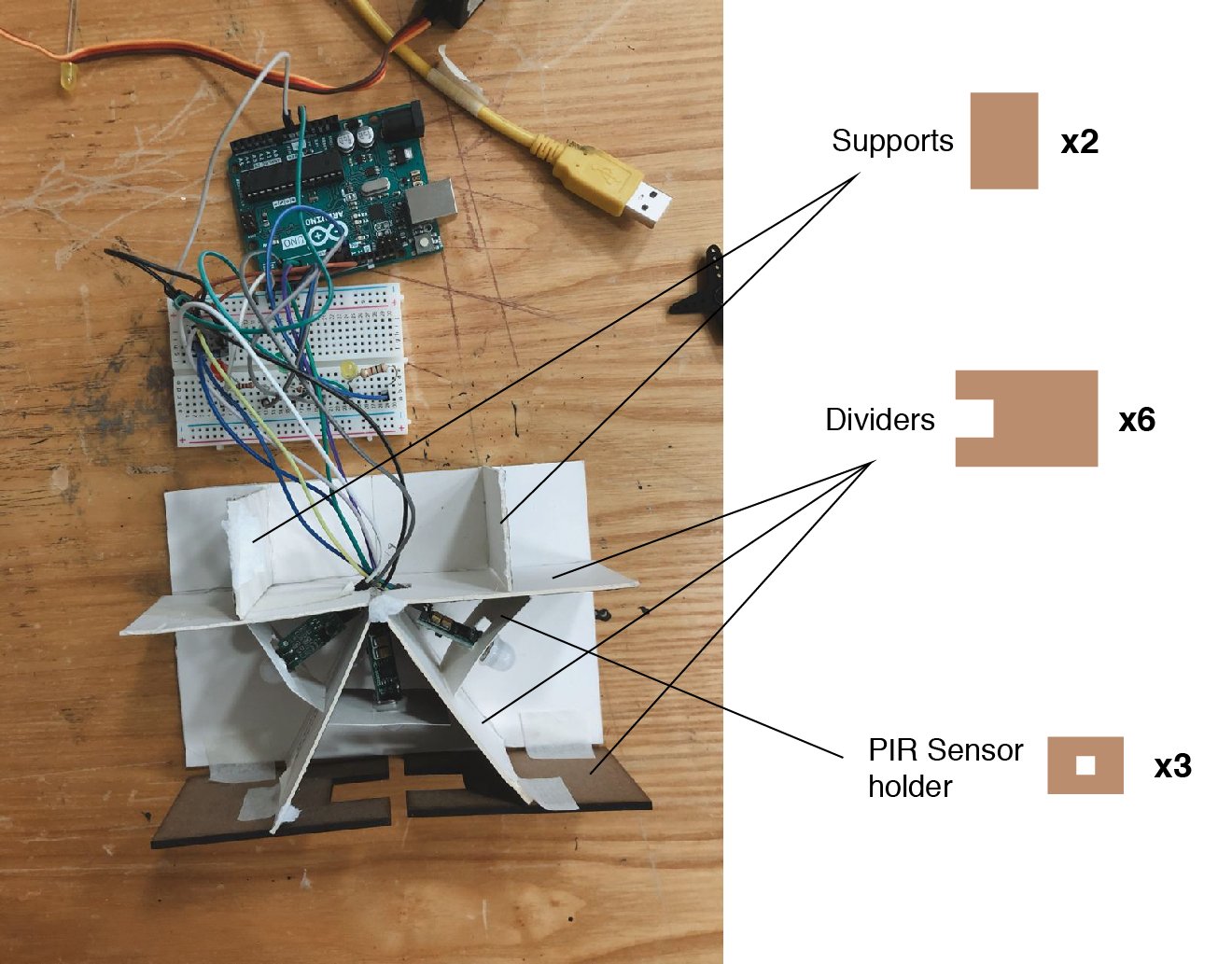 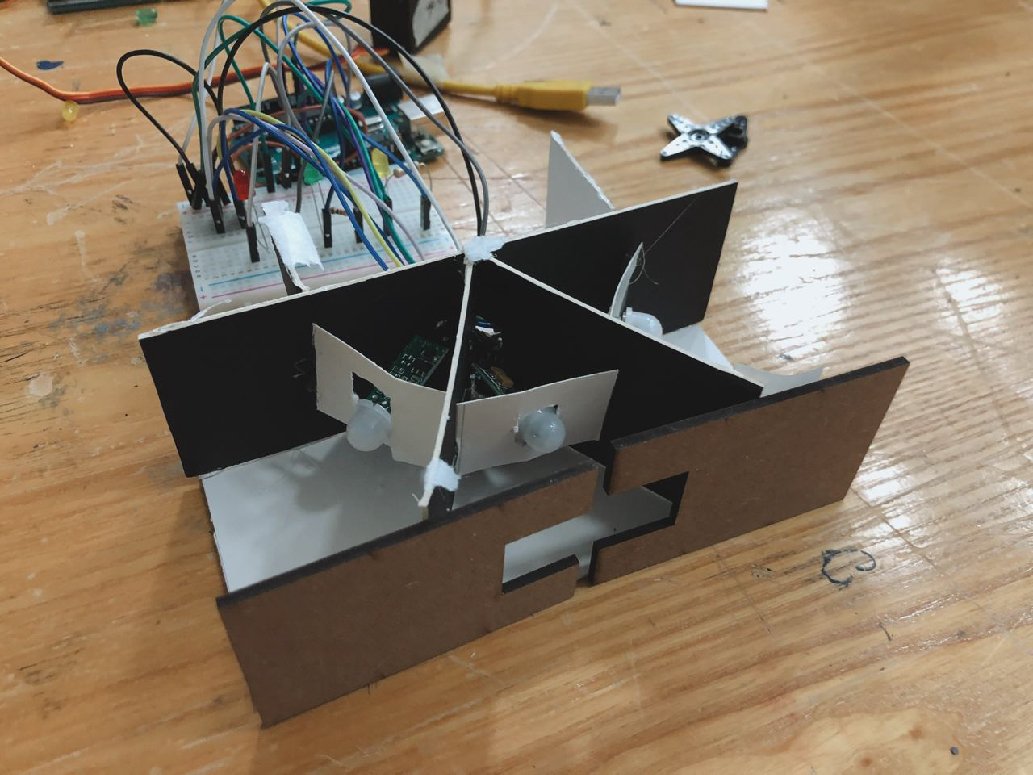 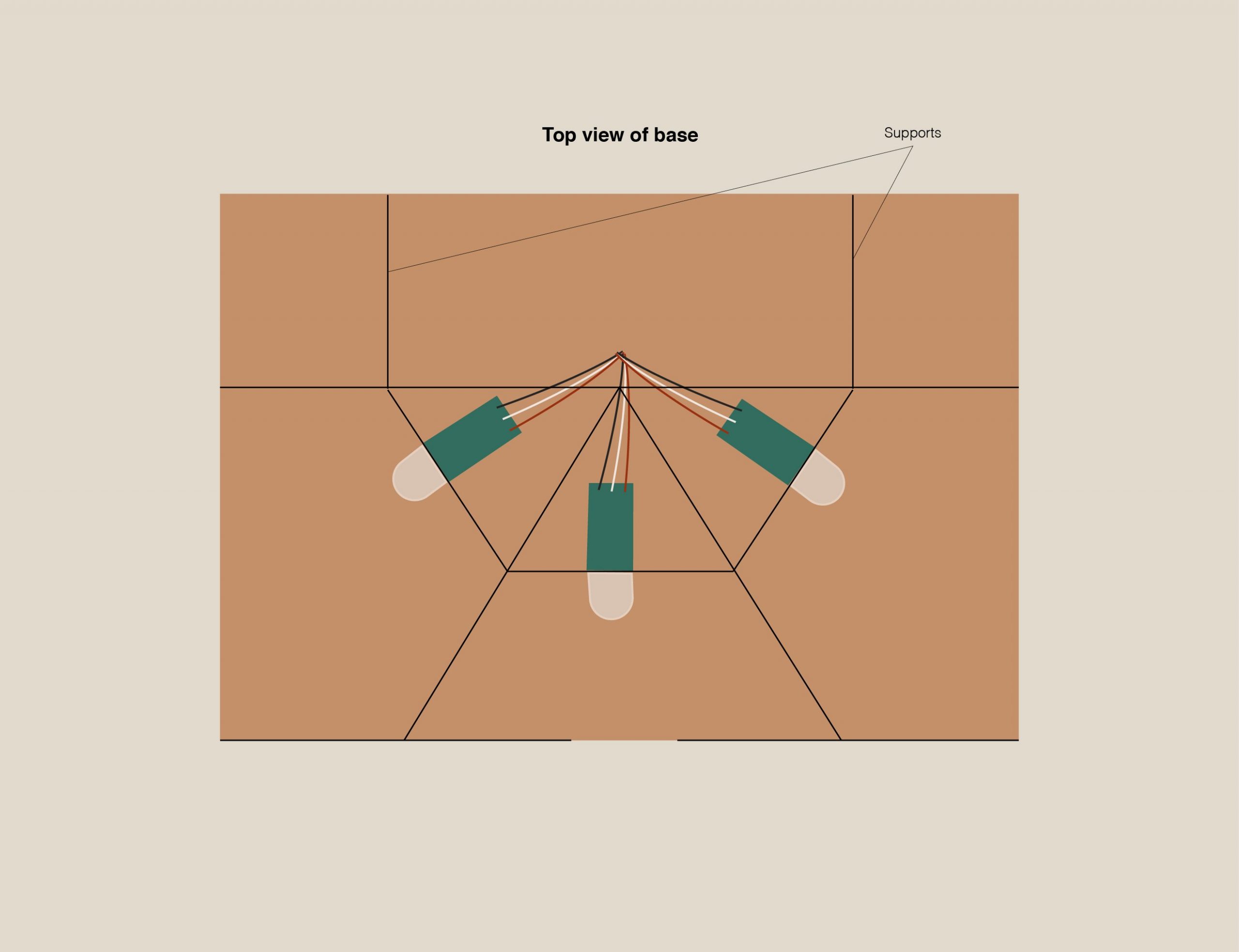 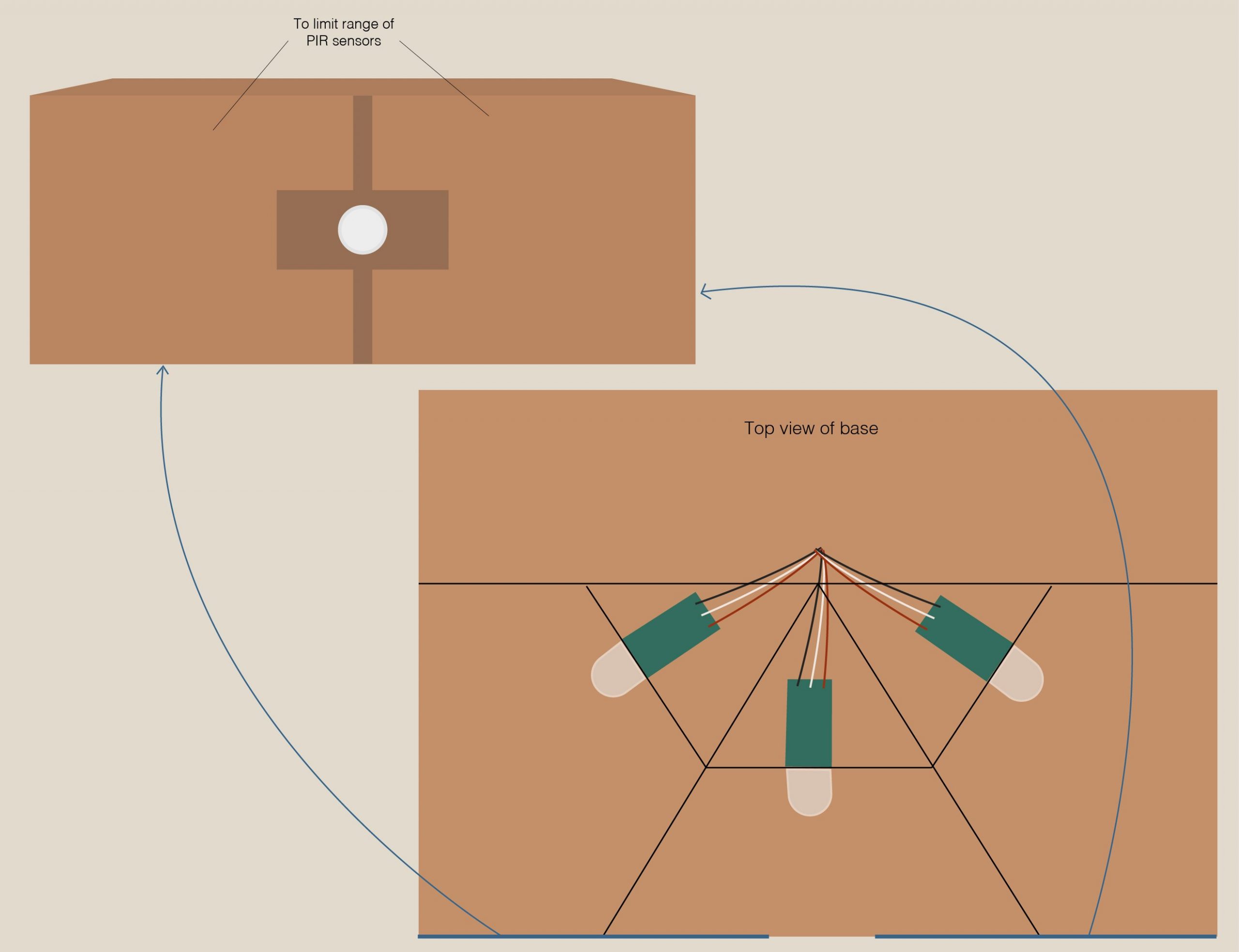 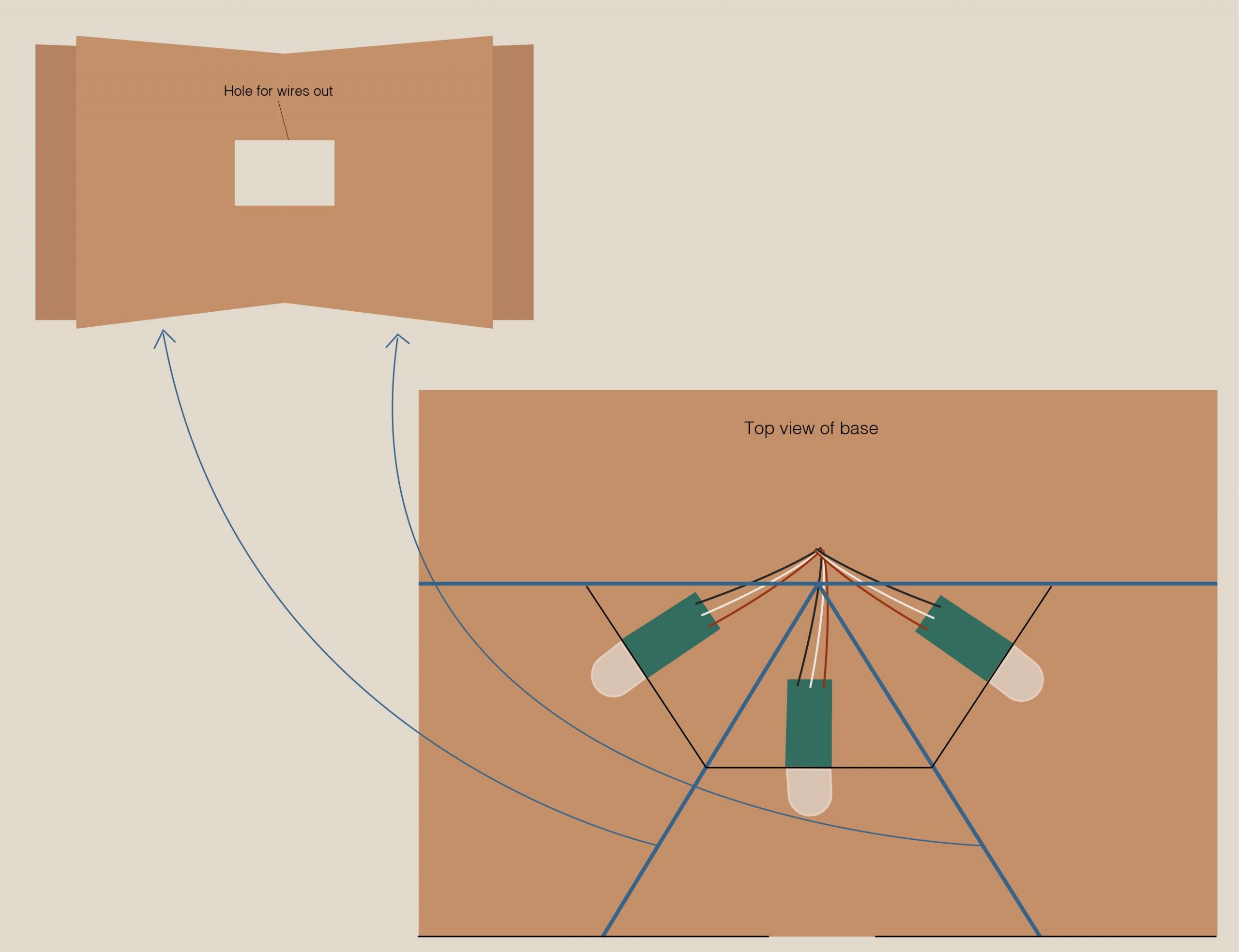 I have been trying to get my servo motor to work accordingly with the PIR sensors, but it turns out I had a faulty servo… I will try this again tomorrow with a newer one that I managed to borrow.