by Alina and Nasya

We were inspired by Mr Bean’s day at the Country Fete Games where he played the buzz wire game.

Here was our project proposal! 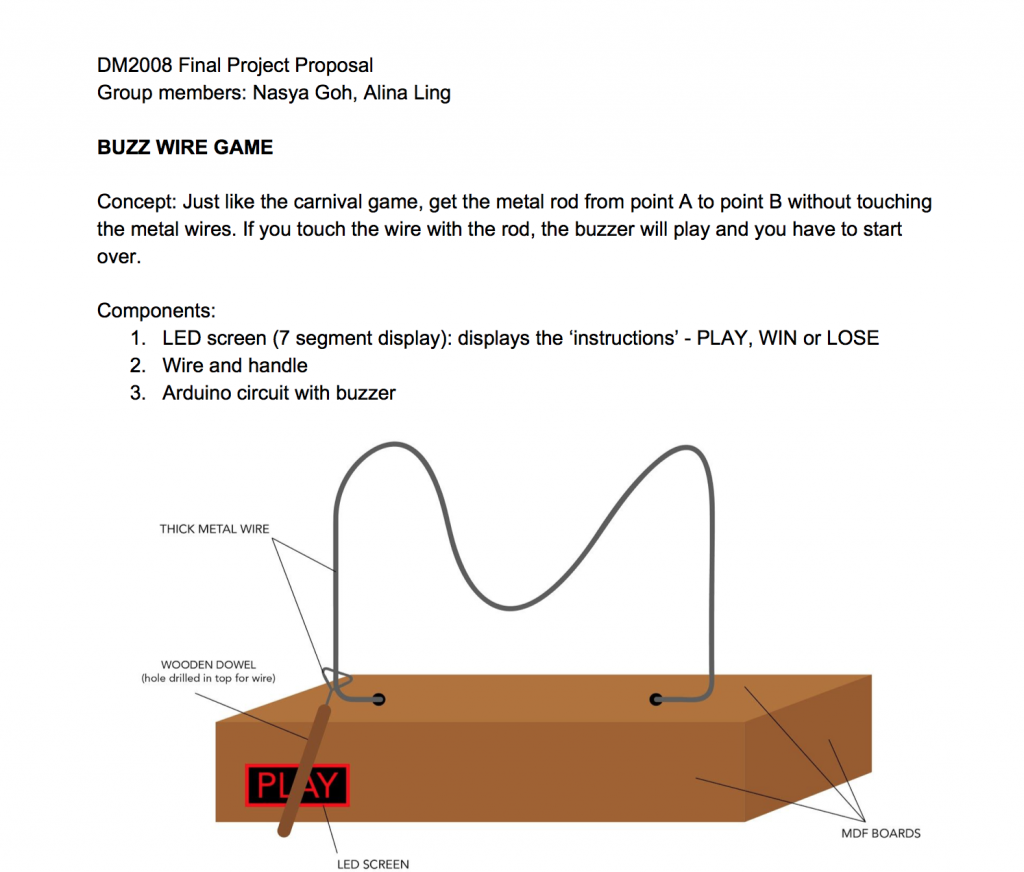 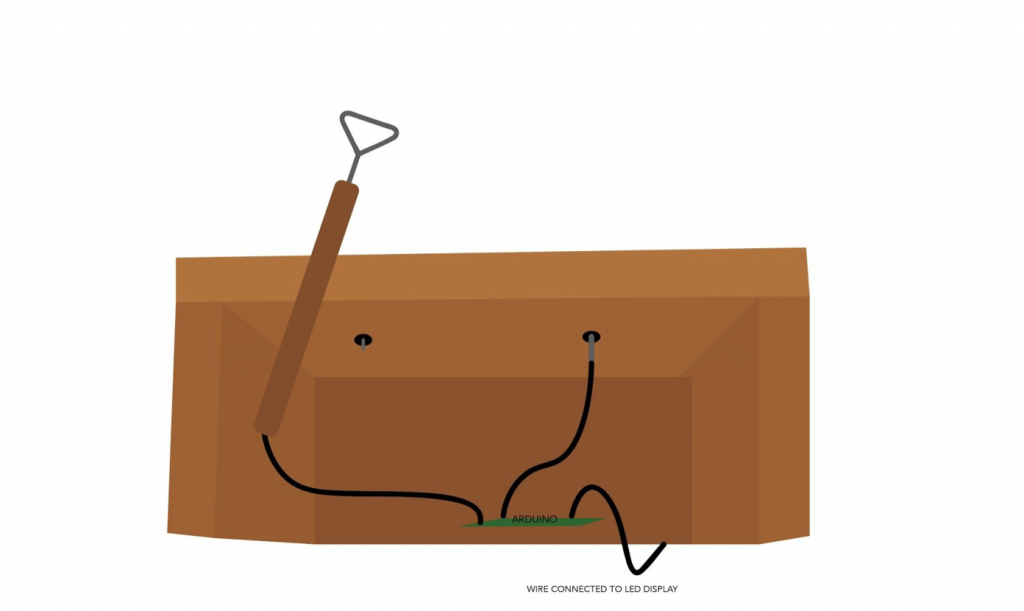 Here’s our actual set up! We actually followed our proposal really closely as those were kind of like our blueprints! Here’s the arduino/ programming aspect of the project. 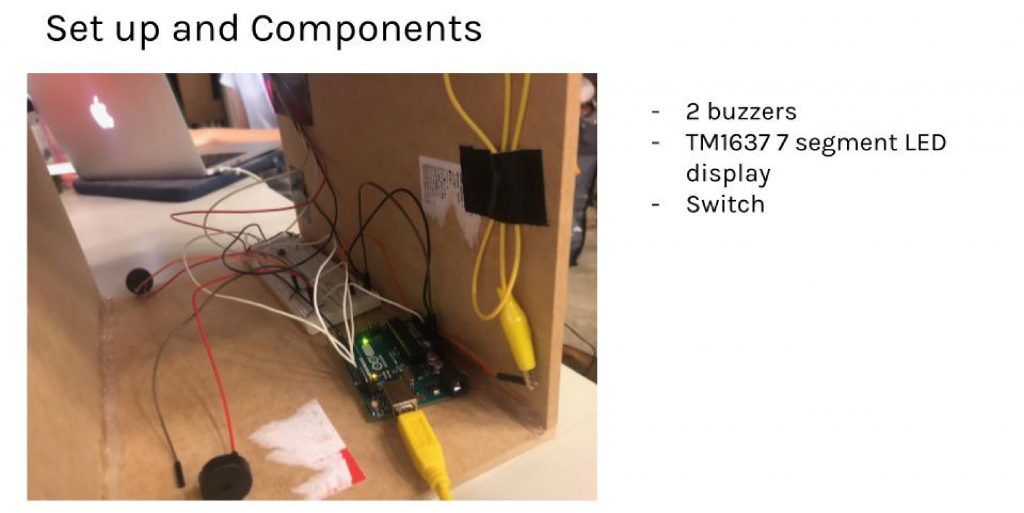 Some of the problems we faced:

Firstly the music kept playing even when the two wires weren’t touching. We initially thought that there was something wrong with the circuit itself and tried testing the conductivity of the circuit because we weren’t too sure if it was an issue with soldering.

The LED lit up when both wires touched and remained off when they weren’t touching! So this ruled out the set up problems. Whew. Then we went back to look at the codes.

We found out that while we were writing the code, we just left pinMode (9, INPUT) without telling Arduino what to do with it… We realised our mistake and introduced a new integer ConductVal that would sense when the two wires were touching and weren’t! We chose the ConductVal > 900 to be the condition for which the wires were fully touching because the value when the two wires touch was roughly in the 970s region. And we wanted the game to be a little challenging!

Another problem was that we could not find a way to reset the countdown timer from 20 every time the wires touched (aka person has lost the game). Then we just looked at the code again and realised it was easy peasy, just had to add count = 20 to get it starting from 20 again each time to reset.

That’s about most of the big problems we faced, but we were able to overcome them through being meticulous and thoroughly looking at our code. 🙂

Anyway, if we had much more time to expand on our project, we would make the game 2 player! We would have 2 of the exact same set up and the first person to get to the other side without touching the two wires would win!

Also presentation wise, the reset button/switch could be more obvious and easy to see. Currently it is hidden in our breadboard. 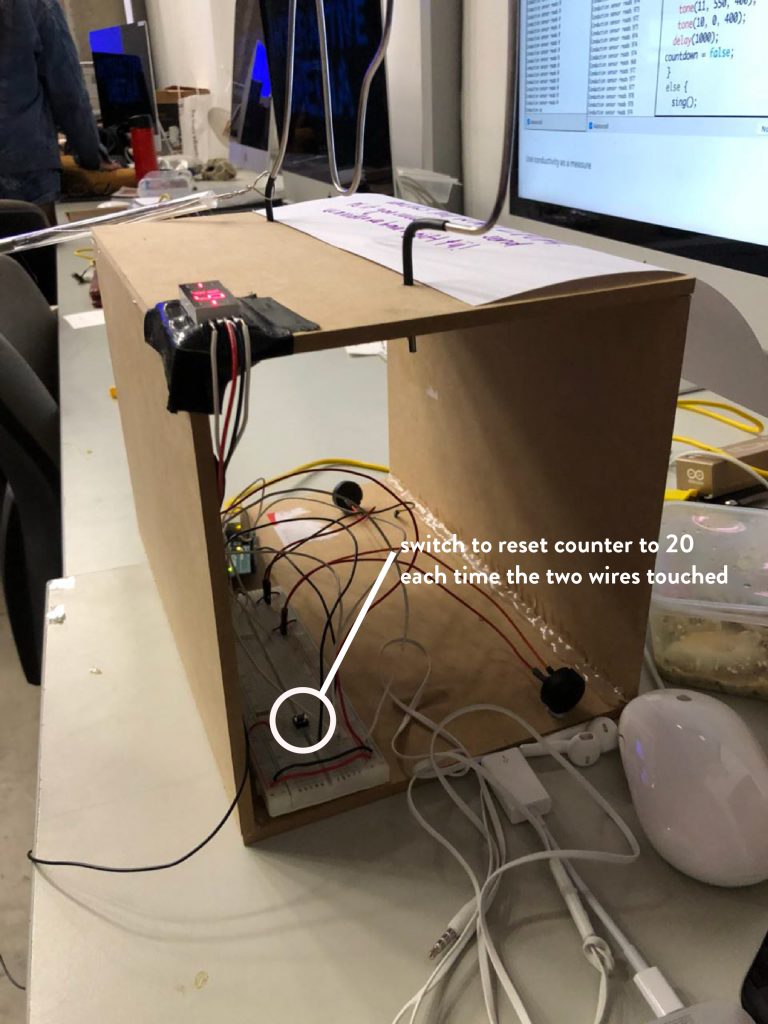 Our classmates actually formed a queue and were excited to play! Sadly none of them could beat it :b

Here are some videos! You can hear the cute carnival like song that was playing as you play the game. 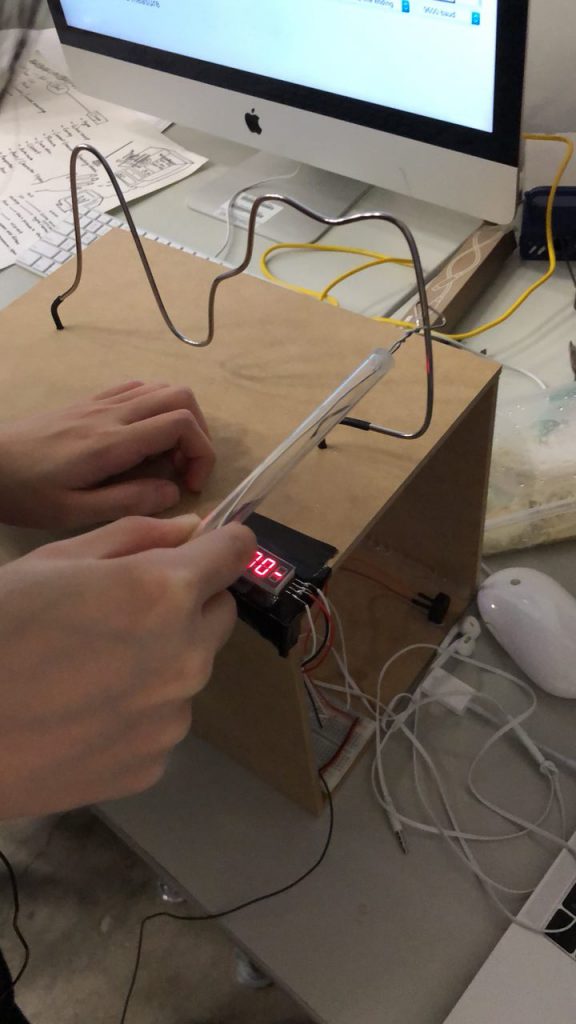 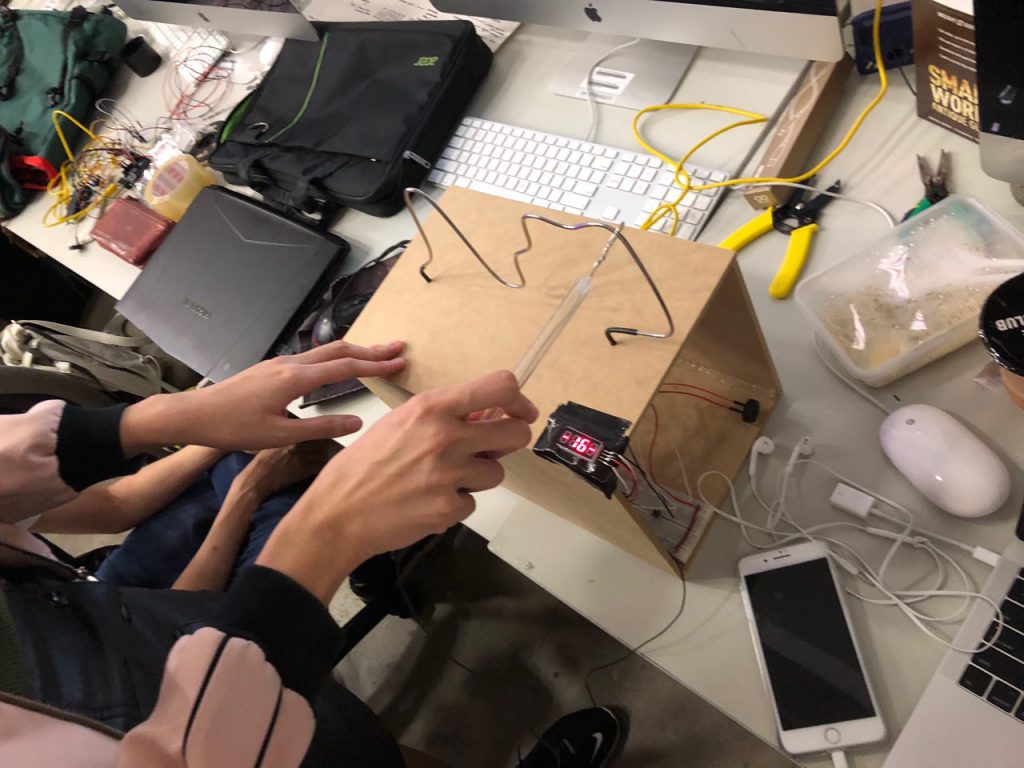 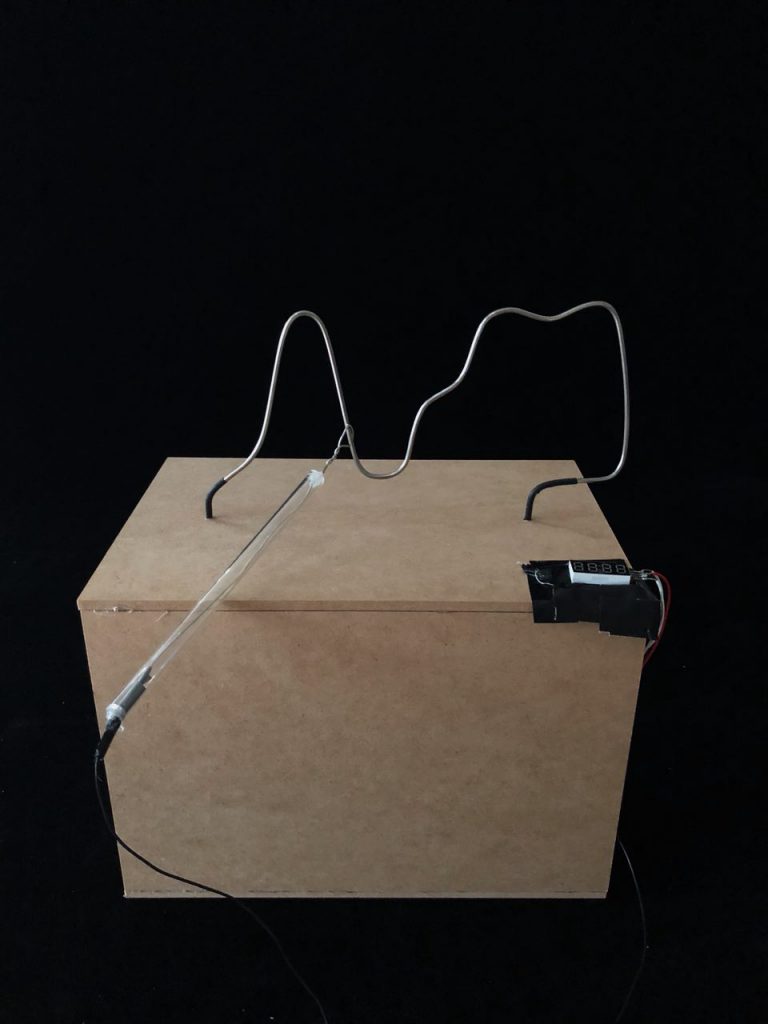 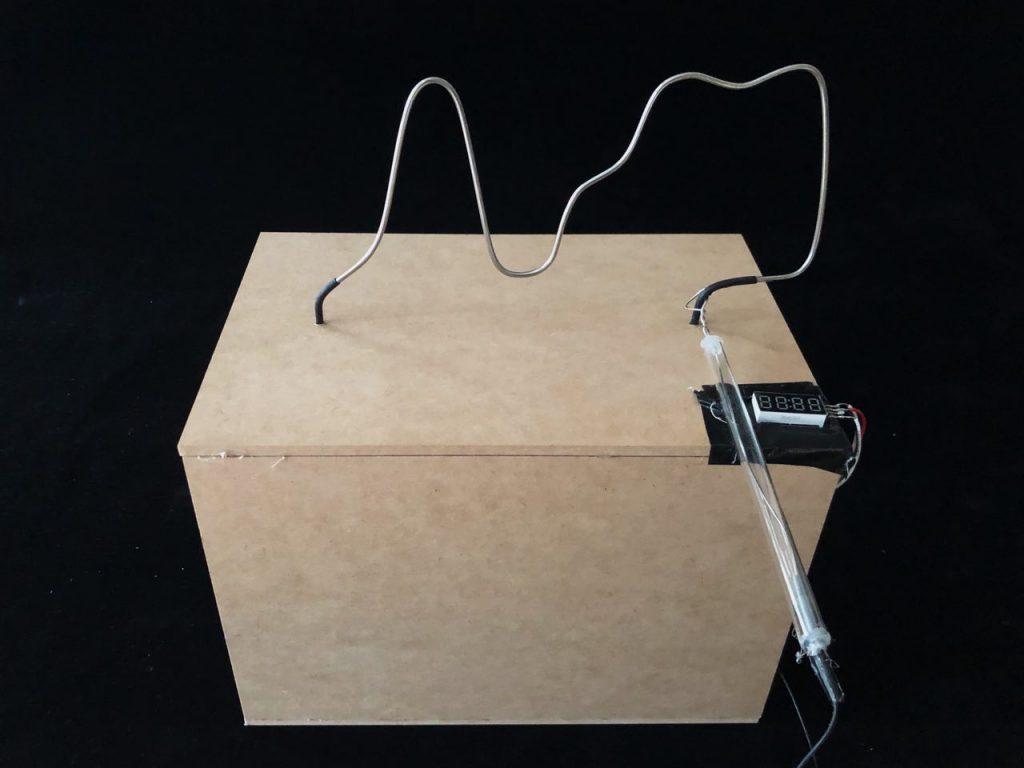 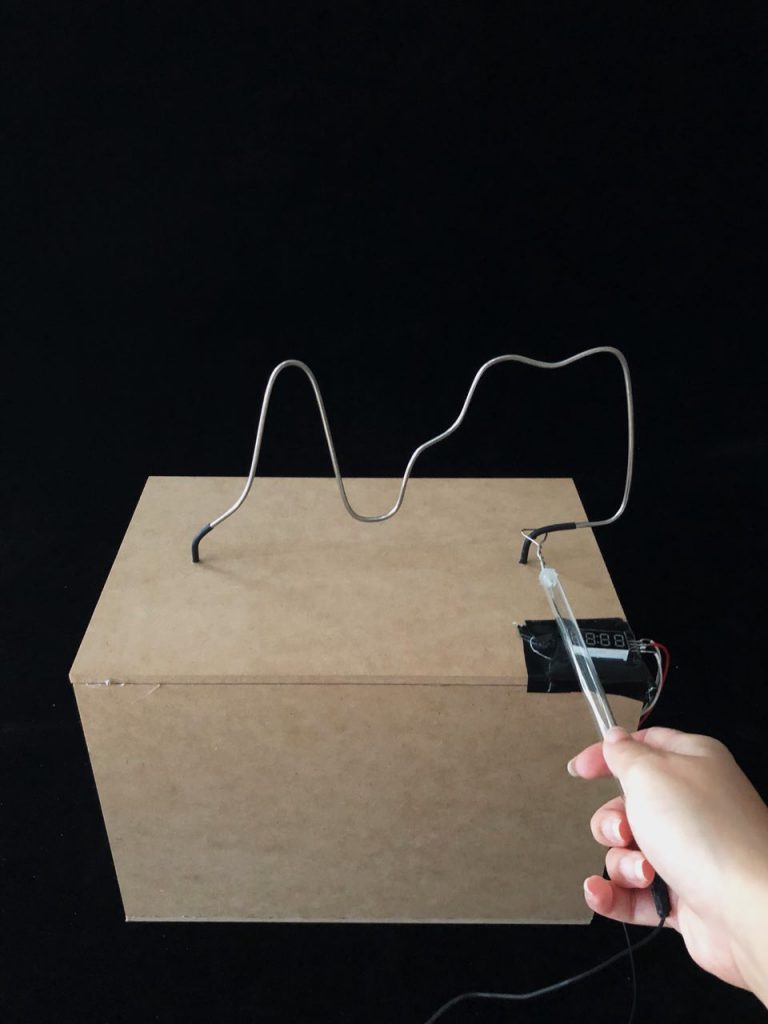 Overall it was really fun to make, and it was great hearing that our classmates liked our project loads!

Thank you for reading 🙂