Originally called Salinter (or Salintar), Tanjong Pagar in Malay means “cape of stakes”, a name that reflects its origins as a fishing village situated on a former promontory. It has been surmised that the name was inspired by the presence of kelong (offshore palisade fishing traps constructed using wooden stakes and cross pieces) set up along the coast stretching from the village of Tanjong Malang to what is now Tanjong Pagar.

A more picturesque account of the naming of this part of the coast was inspired by a local legend. According to the Malay Annals (Sejarah Melayu), the villages along the coast of Singapore used to suffer from vicious attacks from shoals of swordfish. On the advice of a particularly astute boy, the Sri Maharajah (king) built a barricade of banana stems along the coast, which successfully trapped the attacking fish by their snouts as they leapt from the waters.

WHAT IS TANJONG PAGAR KNOWN FOR?

After consulting Google and asking some of the people I know + friends who live there, I have concluded that Tanjong Pagar is known for largely for two things:
The Tanjong Pagar Railway Station (which unfortunately is closed to enable the construction of the new Circle Line’s Cantonment station, slated to open in 2025), the food/ cafes! 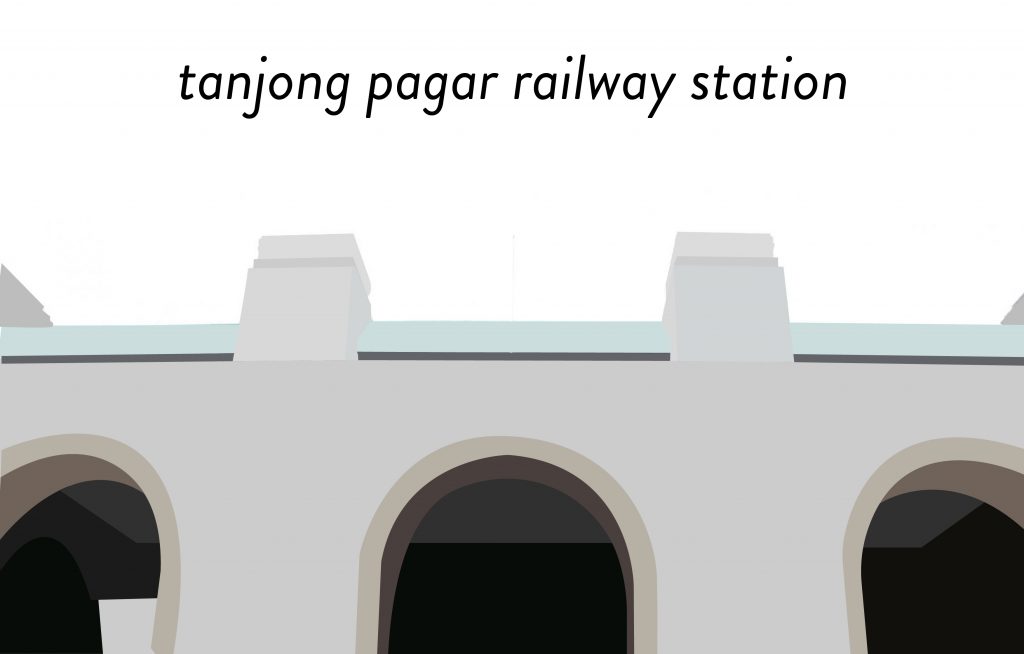 Tanjong Pagar Railway Station, located along Keppel Road, was a passenger station for trains run by the Malaysian rail operator Keretapi Tanah Melayu (KTM) Berhad travelling between Singapore and Malaysia. Previously known as the Keppel Road Railway Station, the building was opened in 1932 to serve as the terminus for the West Coast line of the KTM railway. In April 2011, the railway station was gazetted as a national monument.The last train departing from the station took place before a large crowd on 30 June 2011, marking an end to the station’s 79 years of service.

In fact I do remember vaguely having taken trains from Singapore to Kuala Lumpur with my family when I was much younger! My favourite were the sleeping trains where we were all able to sit in carriages that looked like double decker bunk beds. Super fun!!! 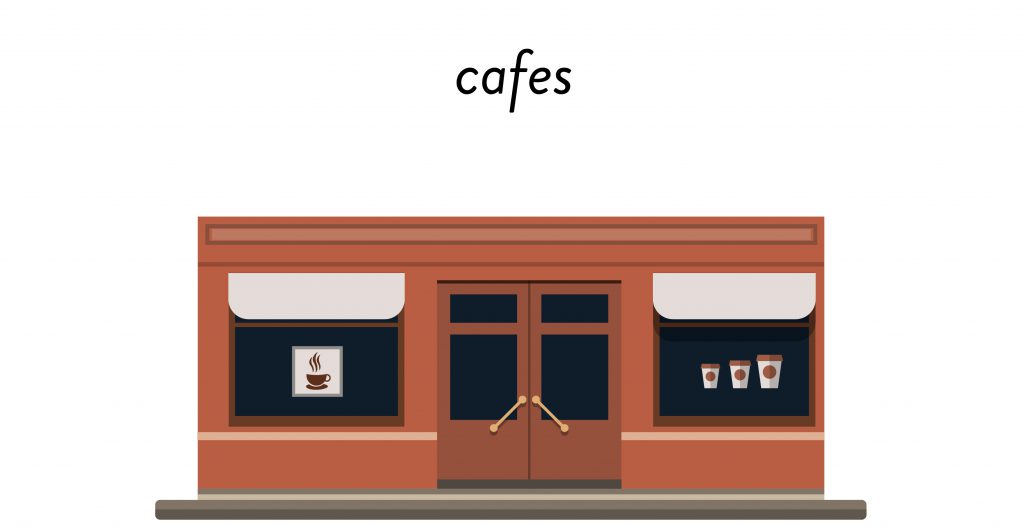 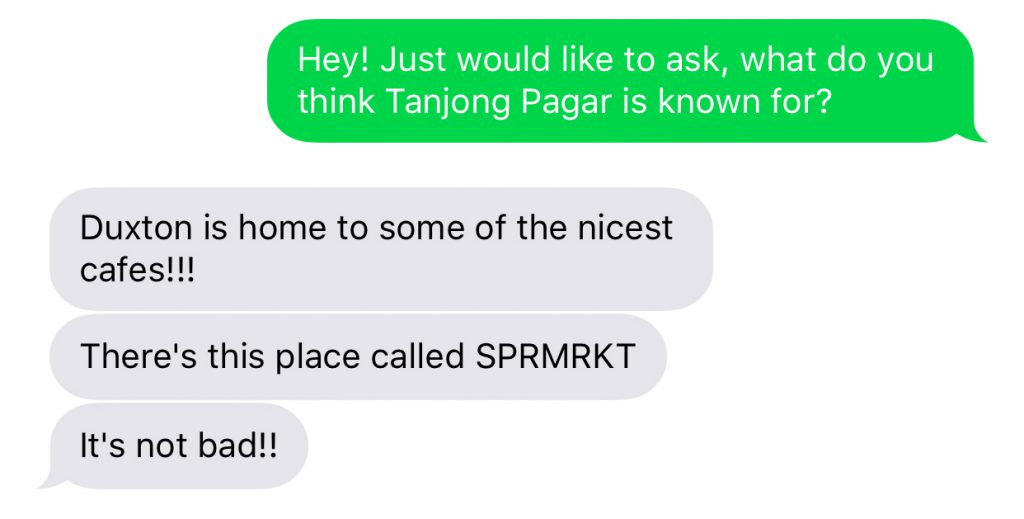 After asking most of my friends, they all agreed that Tanjong Pagar is known for the food and cafes! Personally, I have eaten some really good ramen (this is my favourite Ramen shop!)! While I have yet to try the cafe food there because my wallet is currently disagreeing, just going for a walk around Tanjong Pagar you’re able to see many quaint lil cafes just situated randomly around!

After going for a site visit, I noticed one particular trait of Tanjong Pagar that sets it apart from all the other neighbourhoods in Singapore. It has this mix of new and old almost everywhere! 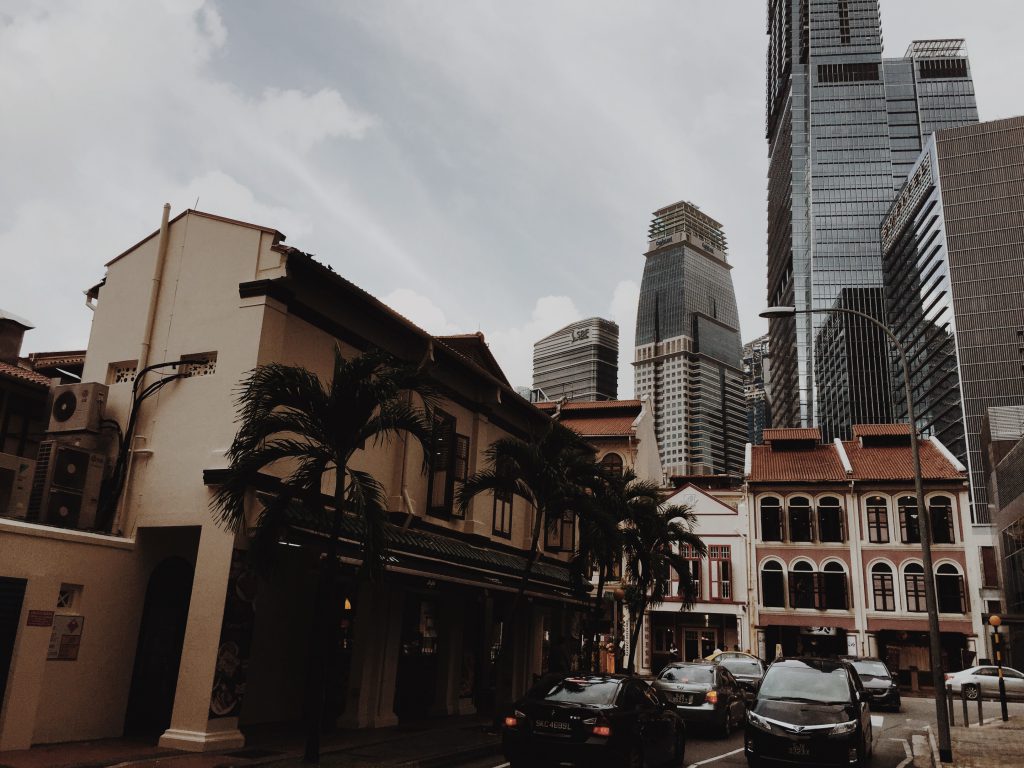 There are small shophouses here and there and in the near distance, you can also see newly built skyscrapers towering.

I personally feel that this is what makes Tanjong Pagar Tanjong Pagar!! How often is it that we see the new and the old mixed perfectly? The “New vs Old” is surely something that can be explored more elaborately in my infographic! 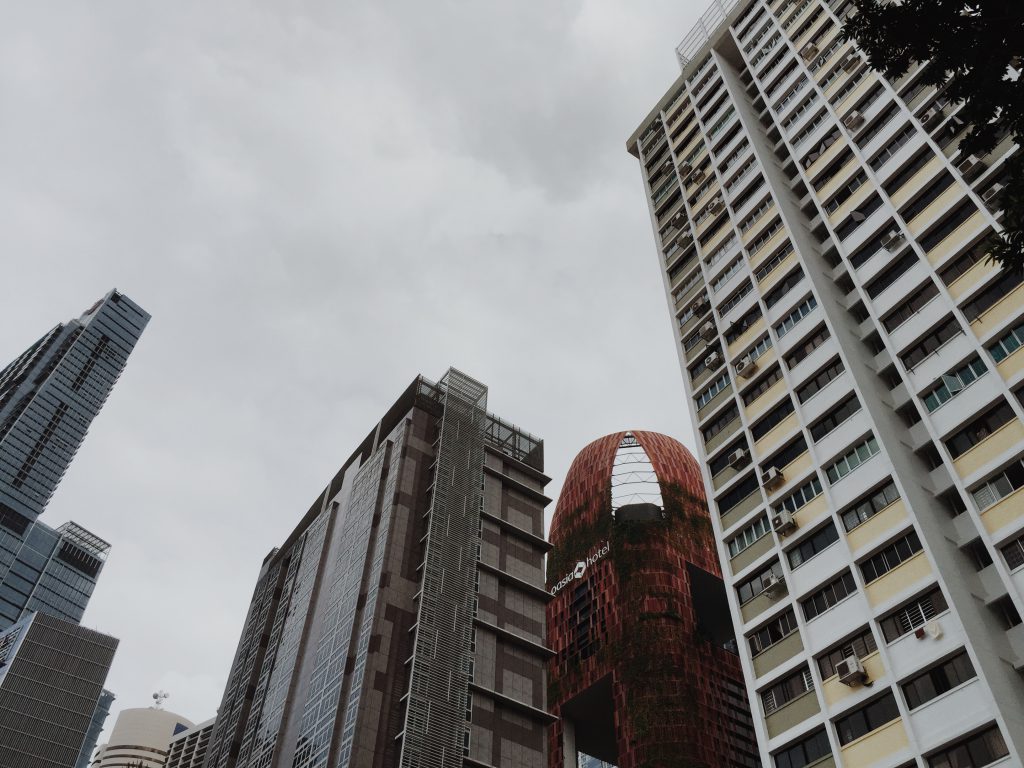 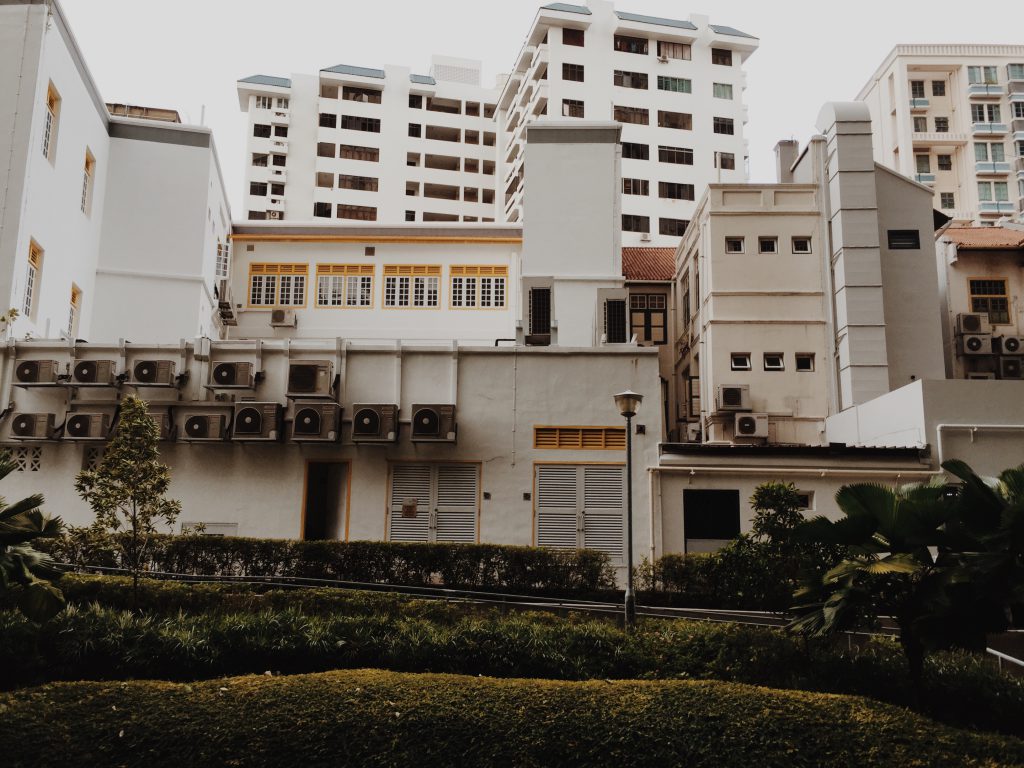 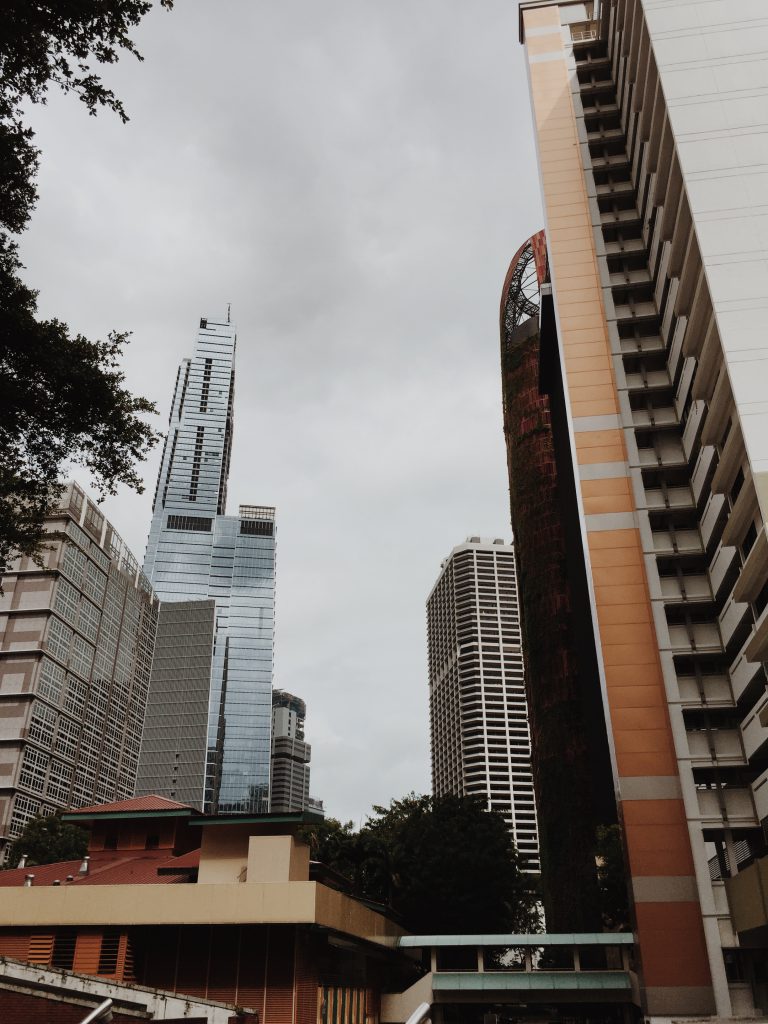 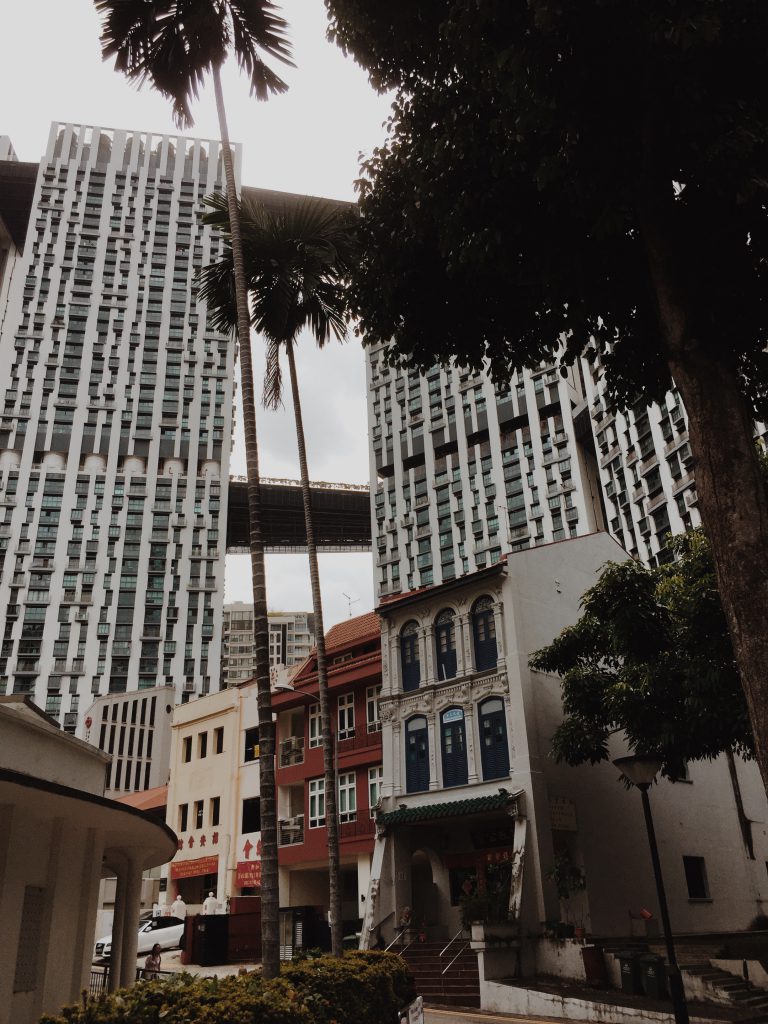 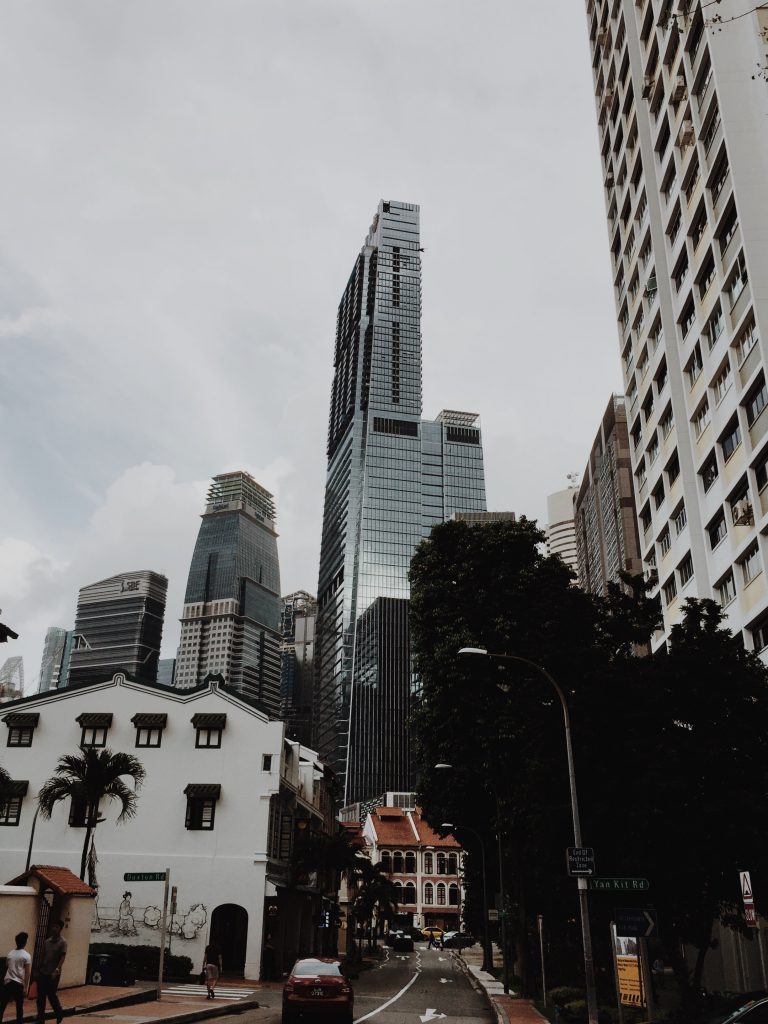 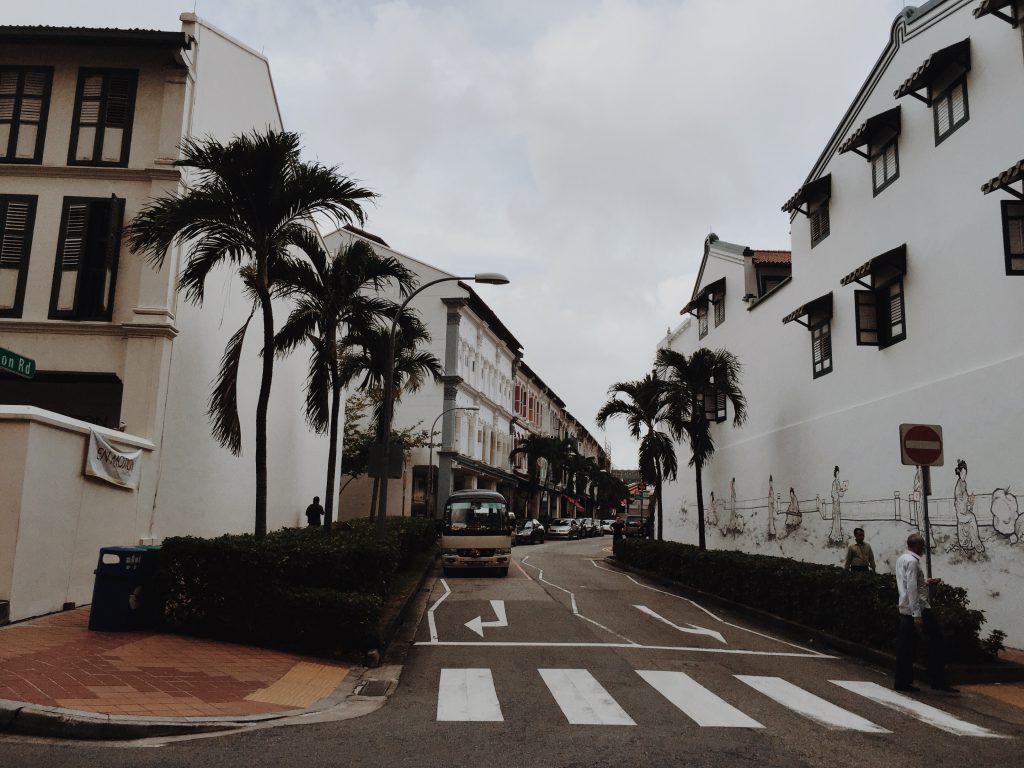 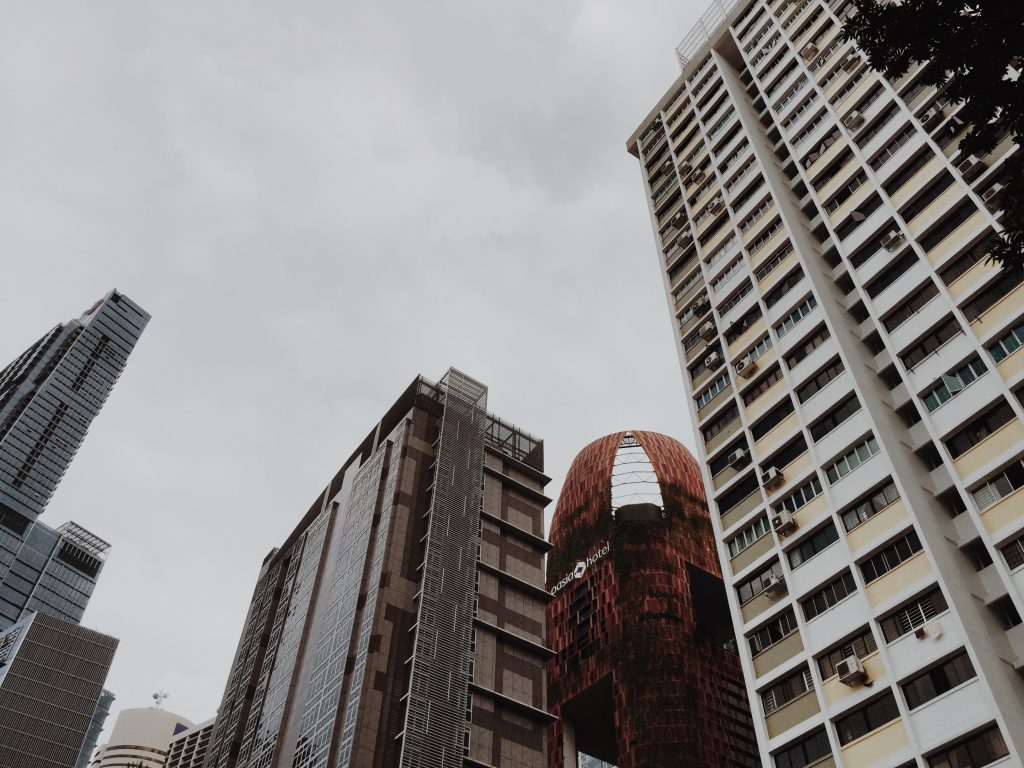 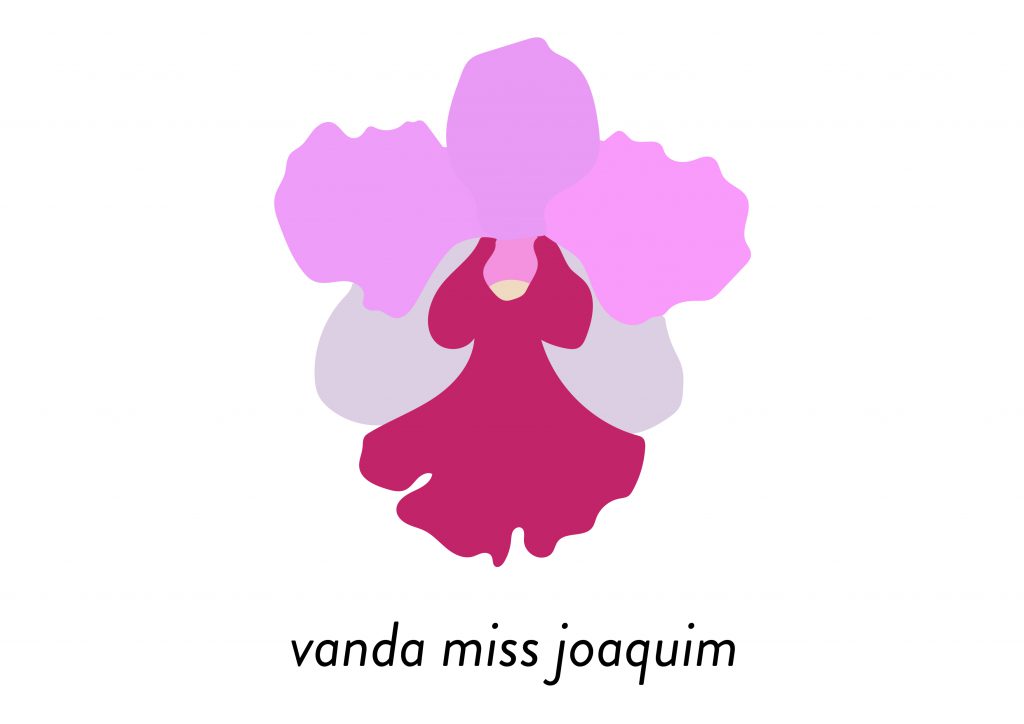 Over the years, questions about whether the plant was a natural or artificial hybrid were raised by several individuals. They suggested that the hybrid could have been pollinated by carpenter bees.

“One argument is that the plant is a natural hybrid and was discovered by Agnes Joaquim, who spotted it in her garden at 2 Narcis Street, Tanjong Pagar, in 1893.”

Vanda Miss Joaquim was also selected as it was a “natural hybrid and indigenous to Singapore”. A cross between Vanda hookeriana and Vanda teres, the orchid is named in memory of Miss Agnes Joaquim, who bred the flower in her garden at Tanjong Pagar in 1893.

Well, our national flower the Vanda Miss Joaquim was found in Tanjong Pagar! How cool is that!!!

What are some ways collecting data?

Ethnography is a collection of qualitative methods used in the social sciences that focus on the close observation of social practices and interactions.  These qualitative methods enable the researcher to interpret and build theories about how and why a social process occurs.  They are particularly useful for elucidating the steps of processes that have not been well understood, and to create rich descriptions of people’s experiences.

A related approach is ethnography – the study of particular people and places. These need not be exotic locations. Ethnography, sometimes referred to as field work or qualitative sociology. It is a more of an approach than a single research method in that it generally combines several research methods including interviews, observation, and physical trace measures. Good ethnography truly captures a sense of the place and peoples studied.

“Ethnography is the recording and analysis of a culture or society, usually based on participant-observation and resulting in a written account of a people, place or institution”. (Definition taken from the Glossary of Terms written by Simon Coleman and Bob Simpson)

In participant observation the observer participates in ongoing activities and records observations. Participant observation extends beyond naturalistic observation because the observer is a “player” in the action. The technique is used in many studies in Anthropology and Sociology. Often the researcher actually takes on the role being studied; for example, living in a commune, becoming a firefighter, enrolling in flight training school, working in a mental hospital (or passing as a patient) or being a cocktail waitress.

Primary data can be collected by someone in the organization.  This person has to have a clear plan for conducting research, including specific research questions and methodology.  The data that is collected is used for its intended purpose.

Secondary data might actually be the product of other research, or might have been collected by someone else.  Unlike primary data, secondary data is not tightly controlled by the researcher.  The process has already happened, or the data was collected for a different purpose.

An infographic is a popular form of content marketing that can help you simplify a complicated subject or turn an otherwise boring subject into a captivating experience. Ideally, an infographic should be visually engaging and contain a subject matter and data that is appealing to your target audience …something that is truly ‘link worthy’ or ‘share worthy’.

Infographics are visual presentations of information that use the elements of design to display content. Infographics express complex messages to viewers in a way that enhances their comprehension. Images are often an extension of the content of a written article, but infographics convey a self-contained message or principle.

Infographics communicate complex data quickly and clearly, and they are considered to be effective worldwide.

Some other ways to represent data visually: these include pie charts, bar charts, scatter charts etc!

13 Powerful Ways to Visualize Your Data (with Examples)