All in all, this was a really fun project because I got to do what I love- designing! Along the way there definitely were difficulties but I’m glad I that I managed to learn and grow!

Having only picked up Illustrator toward the end of last year, I can say that I am not as skilled as most. That’s probably also why I spend 2 hours on something people will only take half an hour on :'( But well that’s the pain and the joy of learning! Nevertheless, the outcome matters more!

Initially, my work was quite jumbled in the sense that I just designed it to however I liked. There was no linking aspect tying everything together. So I had to think harder and eventually came up with the “what do I like about this job?” linking factor! Got reminded that I definitely have to be purposeful in my designs. Everything must have a reason why it’s placed where it is! It can’t just be for the aesthetics!

Also, I actually had spent the most time on the Quidditch composition because my mind was very fixed. I kept wanting to incorporate my name as the motion trail. It was until the end when I realised that I had to just have an open mind and relook at the design that I came up with the idea of using the scoring hoops/goals! 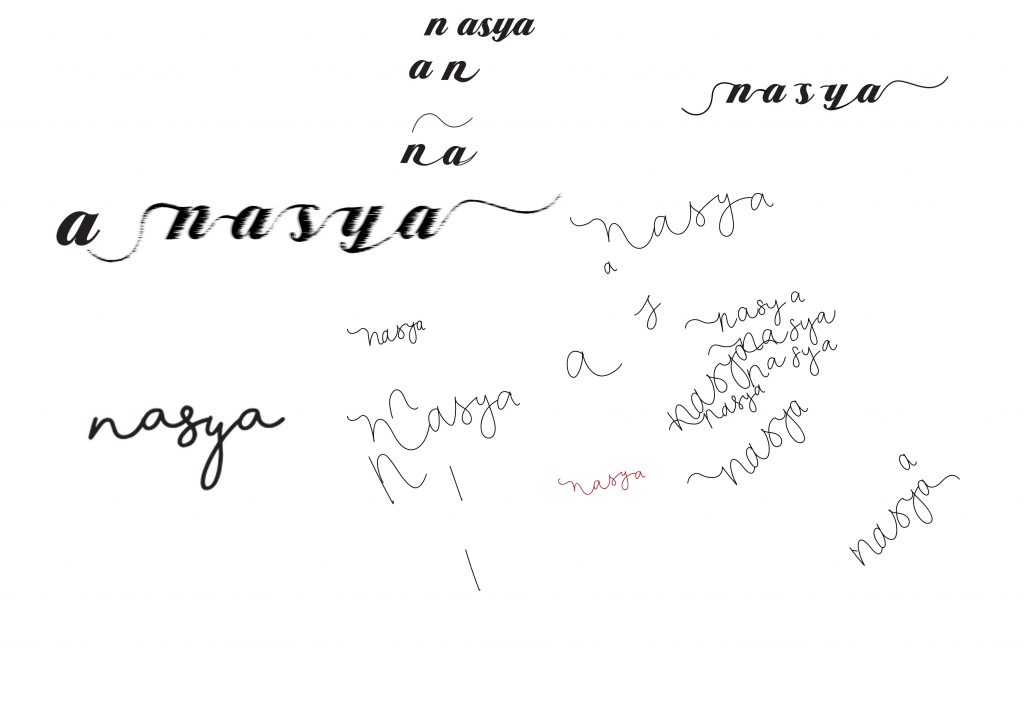 For the motion trail, I initially tried with a skinny font. But it looked bad with motion blur. Then I tried to use a fatter font, but it didn’t fit in! It looked like it was just placed there, like it isn’t a part of my design. In essence it felt unnatural.

This taught me the importance of having an open mind and fresh eyes whenever looking at your own artwork! It’s only then that you’re able to truly improve on your work.

Also, it was really fun as I got to play with colour dodging etc!! It felt like a lottery spin HAHAHA I wasn’t entirely sure about the outcomes since it was colour on another colour, so I played around until I got what I liked!! And I’m so happy at the outcome!! I feel like a kid in the candy store.

Colour dodged the handcuffs to make it more subtle

My Quidditch player’s shadow is actually blue, but colour dodged so that the converging pattern at the back can be seen!

Unfortunately, the printing shops I visited/called up weren’t able to print foil for me! They said it was too low quantity. I initially wanted to print the Quidditch hoops (my name) in gold foil! Bet it would have looked really great shiny against the dull muted background.

Definitely something to consider for my Zine!

Also, thank God that I went around shops and didn’t just stop at two. Because the first two printing shops I went to denied my request of printing on my own thicker paper and I was almost ‘forced’ to print on normal white cardstock. This also taught me to never give up if you really want something!!! hahah 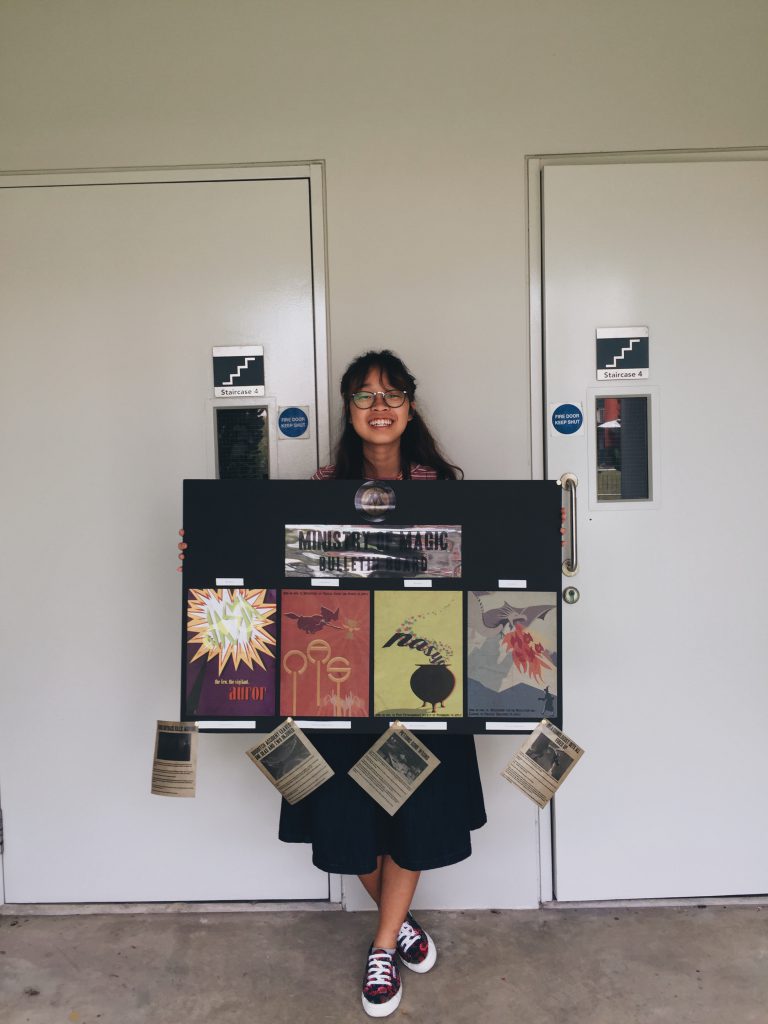 All in all, I truly had a great time doing this project. I’m doing what I love and there can’t possibly be anything greater than that! 🙂

here’s me creating some magic!