Initially I was very fixated by the idea of using bicycle wheels! Then I came across this video (thanks Jacelyn!!) which further added to my idea!

Then I branched into using two materials that will produce very different sounds and settled with using a metal sheet and cable ties (thanks Vienna for lending me some!).

I initially experimented with using various materials like poker cards, regular paper and plastic, but felt that the metal sheet gave a louder and sharper sound, providing a greater contrast with the sound the cable ties gave!

Also, huge thanks to Jason (for teaching me how to use a drill especially!) and Vania for helping me in this project!!

Very scratchy, metallic sound. Initially the sound was even more sharp and loud but as it was drowning out the sound from the cable ties, I wanted to dampen it.

Therefore I wrapped the top part of the metal sheet (the parts that came into contact with the spokes of the bicycle wheel) with masking tape! This worked really well as I did manage to dampen the sound and decrease its intensity!

I experimented with using cable ties of different lengths, as well as placing them at different diameters!

This in turn changed the pitch as well as the pattern of the sound!

By placing them at different diameters, the cable ties then hit the bicycle spokes at separate timings! (the centre of the wheel had a smaller diameter than the outside thus the cable tie near the centre will be hitting the spokes at a faster rate than those at the outside)
Thus causing a change in the pattern of the sound. (the wavelengths of the sound are also different!) 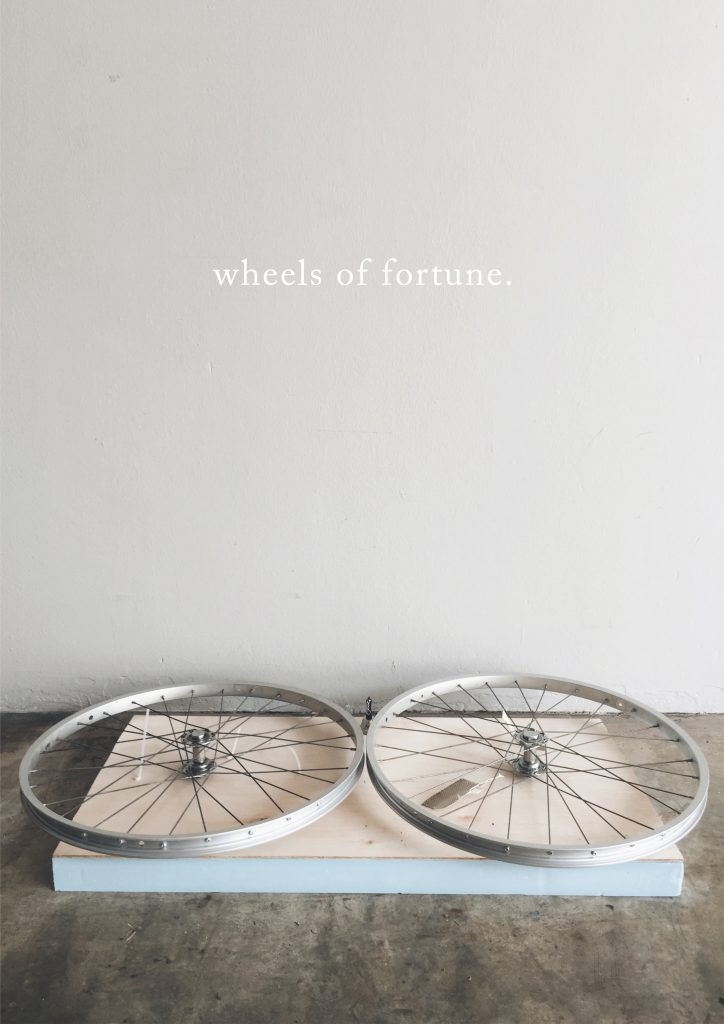 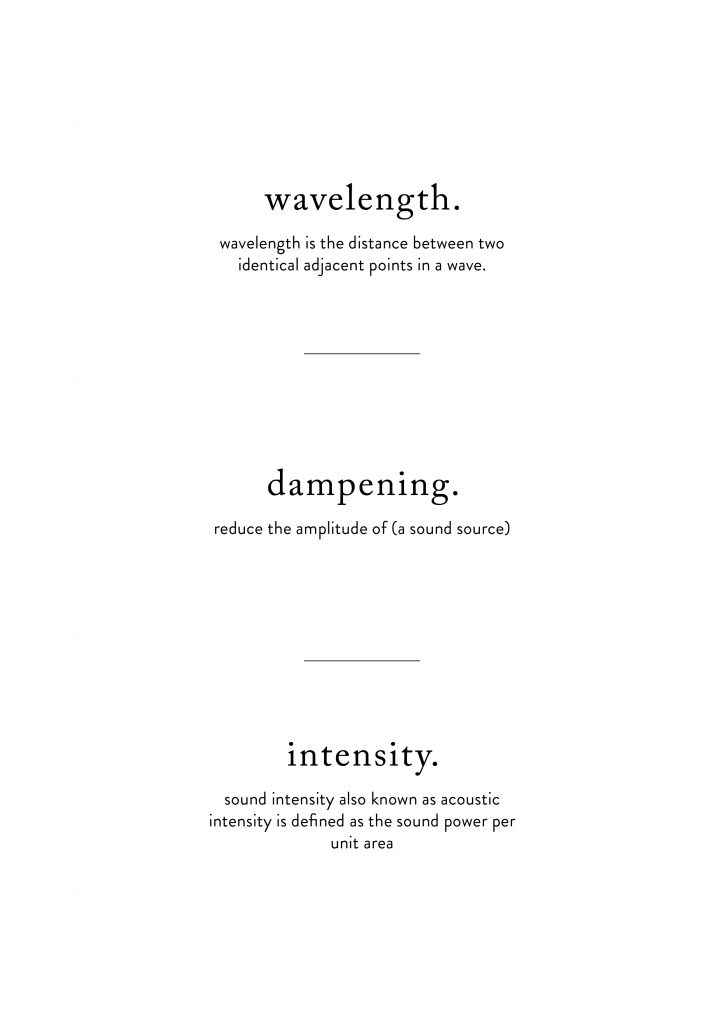 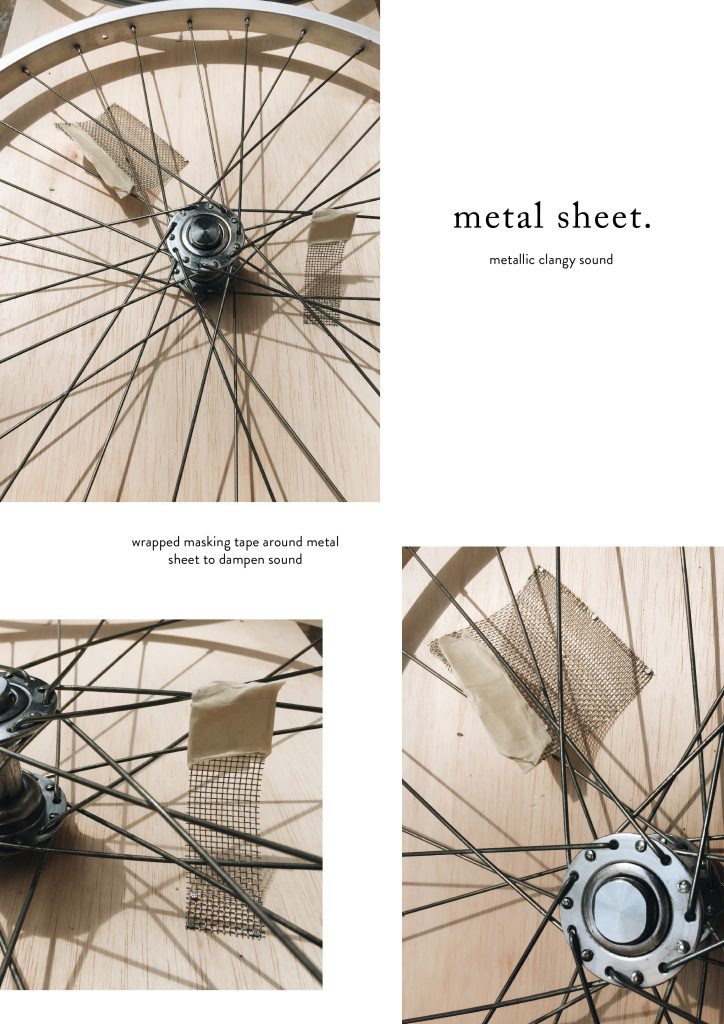 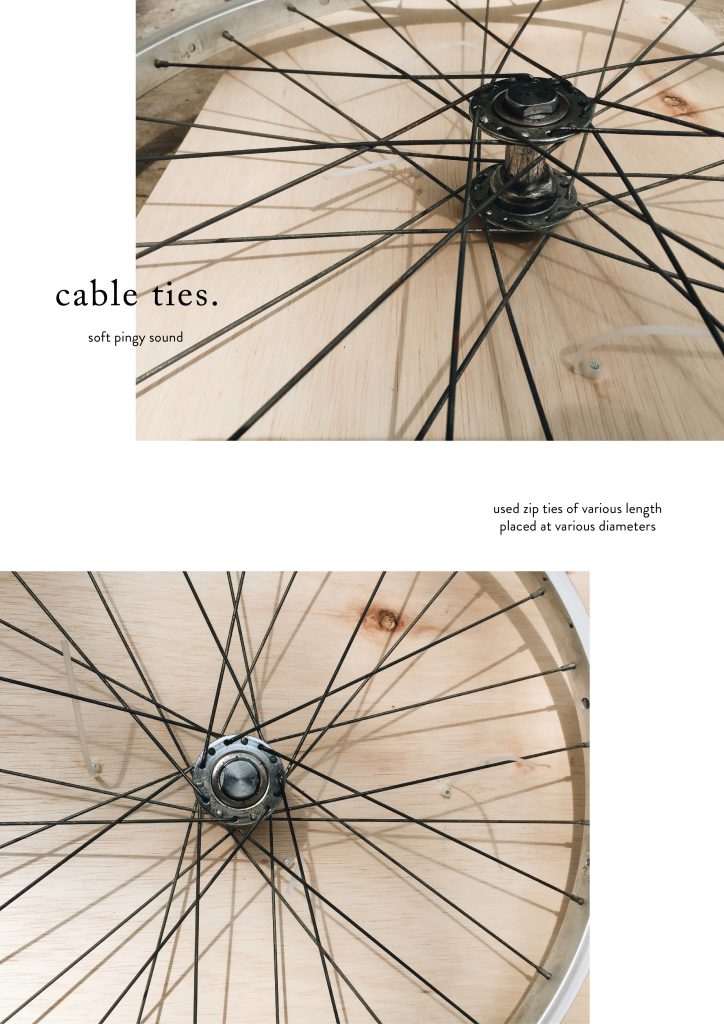 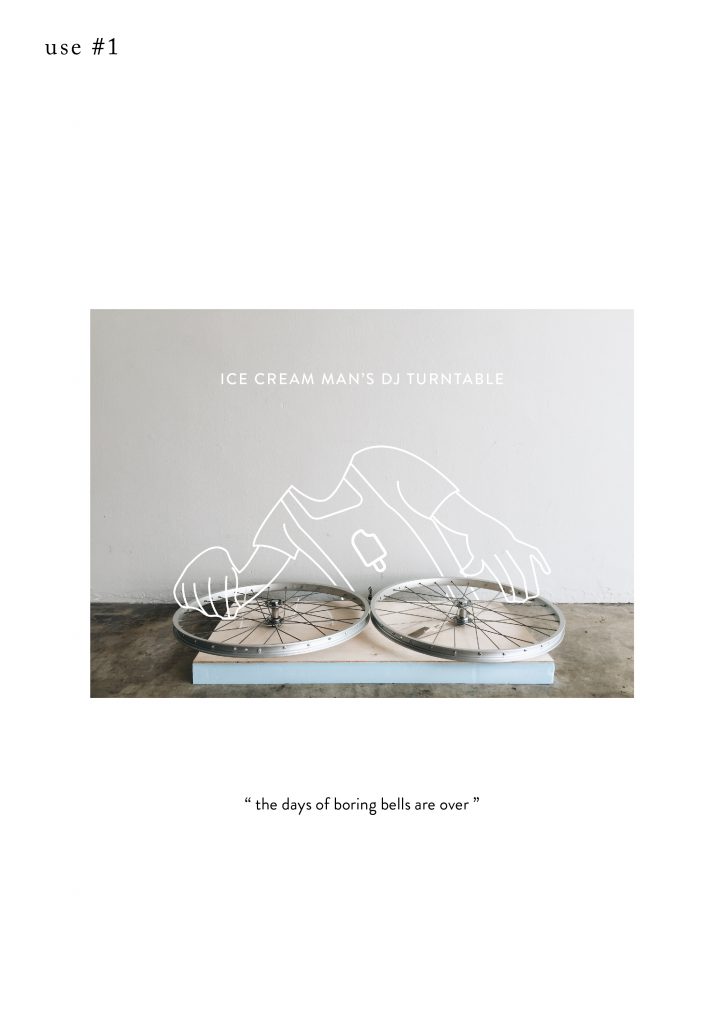 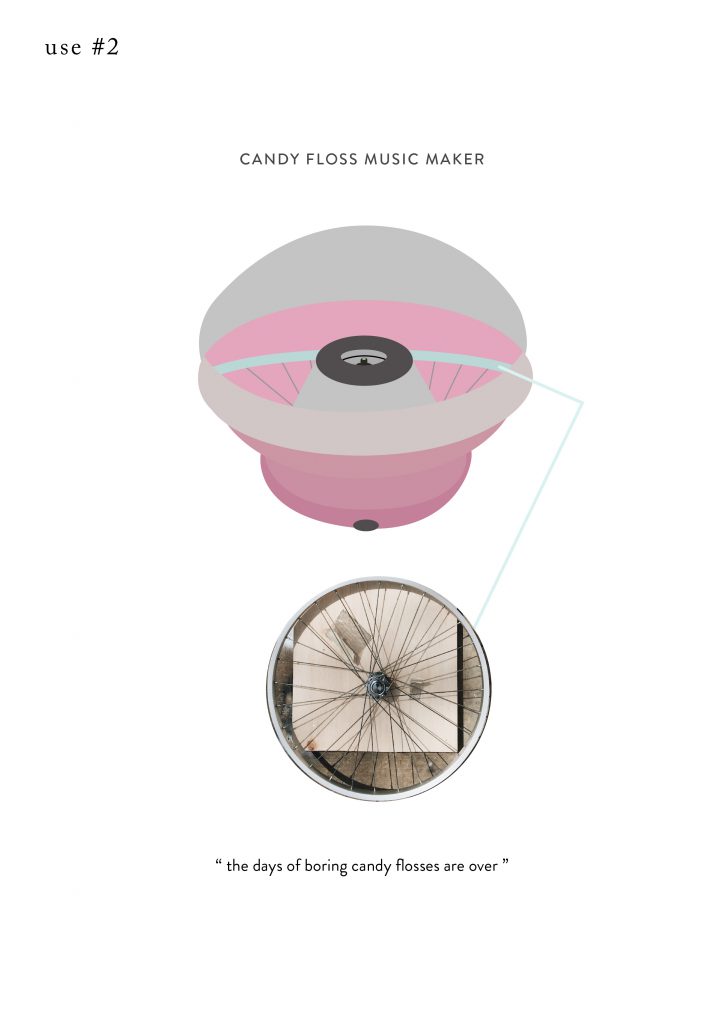